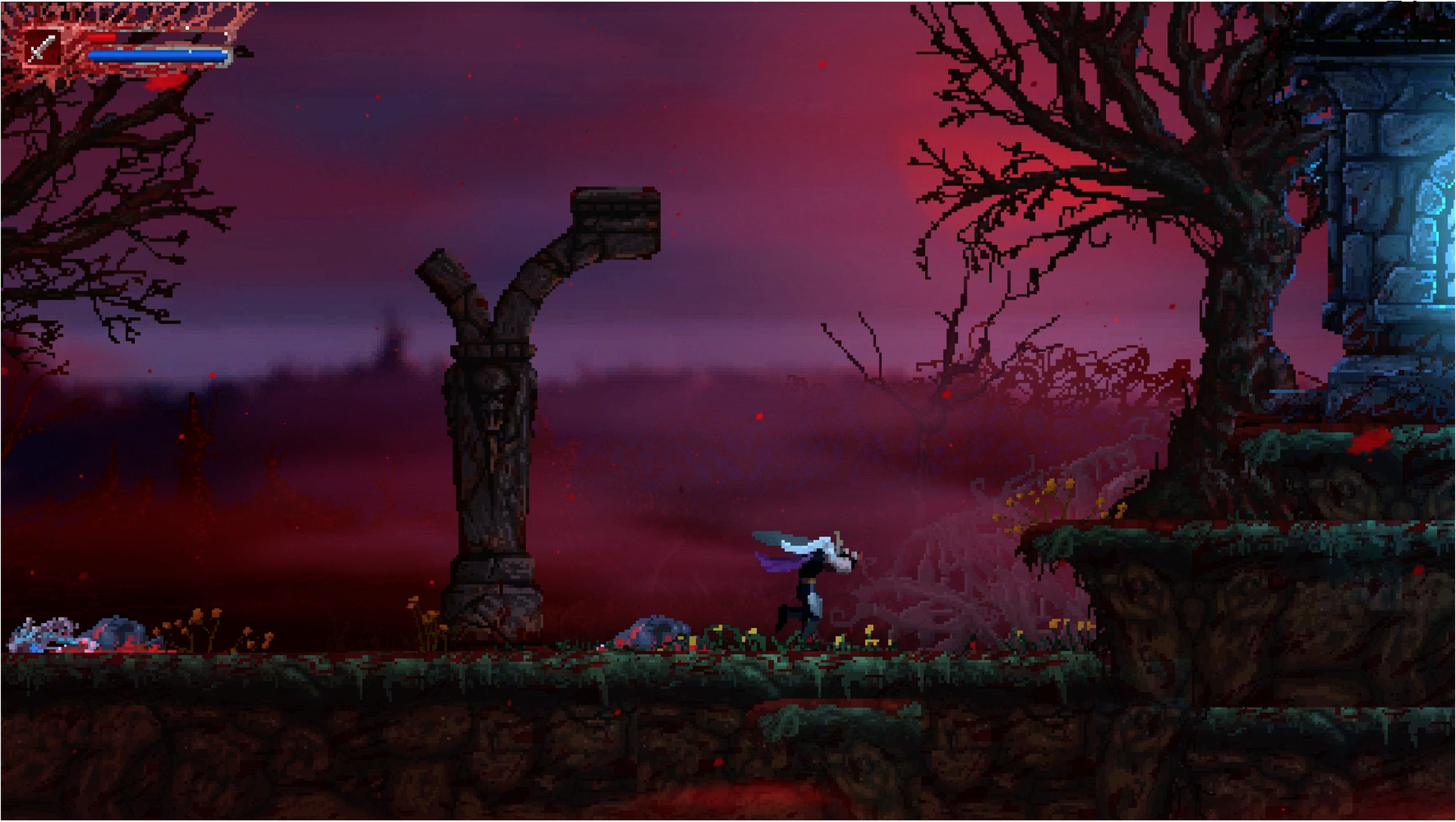 Slain: Back from Hell is a side scrolling hack and slash title out now for the Playstation 4 and PC. It looks and sounds like it could be a Castlevania spin off. But that's not enough to save it from vapid combat and tedious gameplay. When I first saw Slain, I really wanted to like it. An old school throwback full of bloody fighting and heavy metal tunes? Sign me up! But my heart began to sink quickly as I found a game lacking depth, hoping to survive on presentation and nostalgia instead of offering compelling gameplay.

This isn't to say that Slain fails to try. In fact, the game is trying very hard. You have options for fighting the hordes of hell. Basic attacks combo quickly, charging magic and heavy attacks makes for a nice bit of risk and reward decision making, and the parrying is pretty satisfying. The issue is that you don't need to do any of the complex stuff in order to do well. You can really just run right and mash your attack button. It's brainless and turns into a terrible slog. 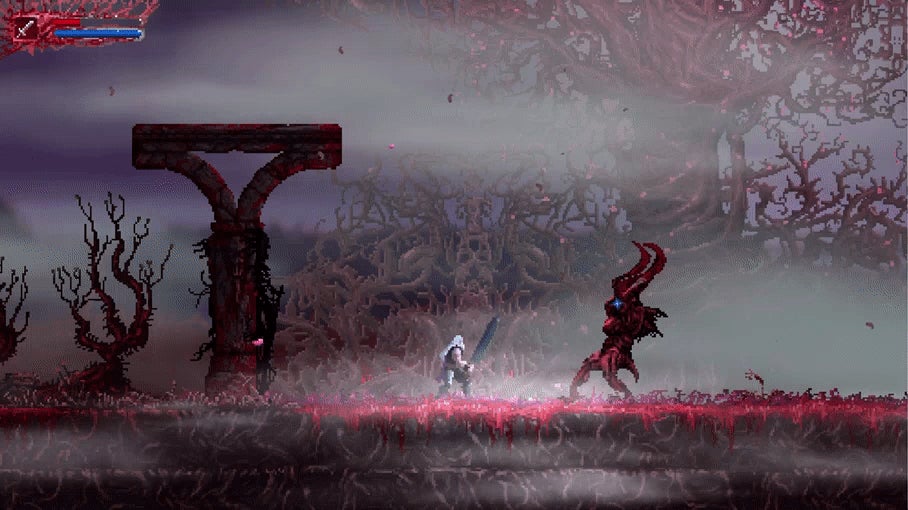 Once you've seen through the total fraud of a combat system, Slain completely falls apart. Why bother deflecting spells when you can just rush and mash the attack button? Why even try to parry when you can plant yourself in the enemies face and simply hack away?

There's nothing left besides pretty art and some decent music. The presentation is undoubtedly eye catching, calling to mind classics like Rondo of Blood. But it's simply not enough to sustain the game as a whole. The enterprise falls apart. Whereas a title like Salt and Sanctuary at least offers the necessary complexities to have a fun experience in spite of how much it borrows from other games, Slain can't stand on its own merits.

The game was meant to be something of a redemption shot for developer Wolf Brew Games. An initial version was released as a Kickstarter project to mixed response. Heading forward, the developer stated: "We're calling it Slain: Back from Hell because it's night and day from the original launch." And while I admire the attempt, the reality is that this is still a terrible experience.

Slain: Back from Hell is a lot of sound and fury and nothing else. As tempting as it might be to leap into this heavy metal mosh pit of skeletons, swords and sorcery, I think most people would be better off doing anything else. Heck, hunt down a Game Boy Advance and get a copy of Circle of the Moon. Far better to go for the real thing than settle for a bad imitation.