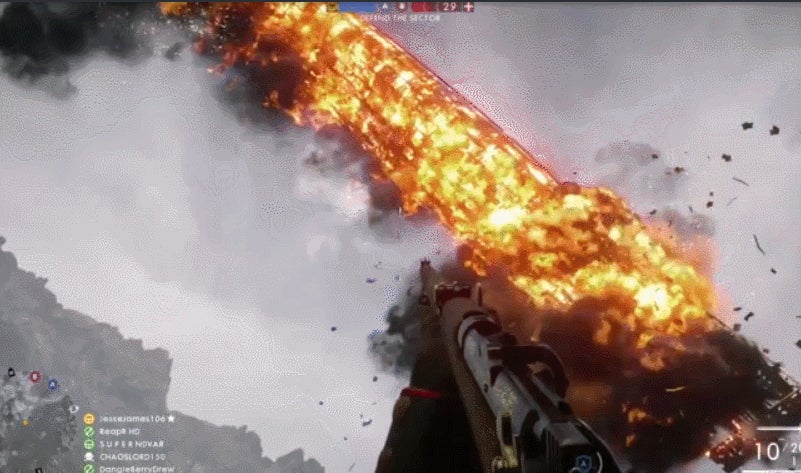 If you've been playing Battlefield 1 this weekend, you might have seen the game's gorgeous zeppelins do something unexpected.

A video uploaded earlier today to Imgur shows a Zeppelin from the latest Battlefield glitching after it's hit by a plane and transforming into a glorious, flaming tornado of death.

A YouTube user by the name of Wactical Tank seems to have encountered something similar in a video posted last week.

Cody Wiggins also found some weird shit happening in they skies over World War I. Phantom blimps exploding and re-exploding in an endless cycle of death and destruction; a perfect metaphor for the historical moment the game takes place in.

The after-shocks caused by massive airship explosions even seem to have transported Rozzi Hf though a wormhole in space and time. Everyone knows that machine guns and mustard gas are frequent hazards on the early 20th century field of battle, but firestorms appear to be just as frequent and deadly.

Lots of people work hard to try and eradicate every last bug in their game, but in my opinion, what doesn't completely break your game only makes it stronger. Or in this case a giant fireball.