This year was a terrible year for the planet, but a good year for my own personal nostalgia. Spiritual successors, updates and remasters dominated my playtime, but I also pushed my boundaries in terms of the types of games I typically play. I’m counting that as personal growth.

So, without further ado, here are my top 10 games for 2016, in vaguely ascending order.

I like to go straight home after work. Home is where my PC lives, where Wi-Fi is abundant and nobody judges you if you eat a small wheel of cheese like a biscuit. But for a few days after Pokemon GO was released, I instead headed to the Opera House after work to catch Pokemon.

Pokemon GO has its problems, sure. But it was undeniably a phenomenon. It brought AR screaming into the public consciousness. It caused meet-ups and car crashes. It made me wander our office in frustration because there was a Charizard one bloody footprint away and I couldn’t find it.

A combination of nostalgia, accessibility, the novelty of AR and the fact that it was free drove this game to quickly acquire millions of players. I can’t think of any other video game that hit the general public as hard and fast as Pokemon GO, or one that would. I’d never played any Warhammer games, but I loved Medieval: Total War 2. Total War: WARHAMMER was more of that warmongering goodness, but now with dwarfs and vampires. No war can’t be improved with a little bloodsucking.

Unfortunately, my favourite mechanic from Medieval: Total War 2 was missing from Total War: WARHAMMER: Princesses and assassins. I suppose they don’t want players crossbreeding orcs and vampires. Which, to be fair, would be the very first thing I’d try. This remastered, officially translated version of a classic DOS game came out of nowhere. I’d given up all hope of it ever happening, having resigned to waiting until I had a child of my own before I could be a bad parent in English. When Princess Maker 2 Refine appeared, I jumped on it straight away.

I admit I was initially disappointed. Whole swaths of the endings were untranslated, and a bug meant my daughter was terrible at hairdressing no matter how high her Sensitivity climbed. And there were, and still are, awkward translation moments and spelling errors (“Pick daughter’s blood ty”). But updates have since improved gameplay, and it’s still gratifying to finally play an official English release. I’m hoping that future patches further smooth out the localisation of the raising sim.

This would be higher on the list if the cheat codes were available in this version. I want to see how many Buxomise Pills I can feed my daughter. I am a PC gamer. I grew up in a console-deprived household, so any and all gaming took place on the shared family PC. It is only relatively recently that I’ve begun my foray into console gaming. As such, playing Quantum Break on Xbox One was an interesting experience.

Quantum Break was fun, but it did have its issues. The time powers were cool to mess around with, but the story was convoluted and at times dull, and the live-action episodes felt more like filler than anything else. There were also around 75 billion pointless emails to find if you wanted to 100 per cent it.

However, this game makes it onto my list as a personal achievement. Quantum Break was the first game I played through to the end on console, and a shooter no less. Aiming a gun with a controller is garbage compared to a mouse. I’m going to have to assume those who prefer consoles have never actually used a PC. 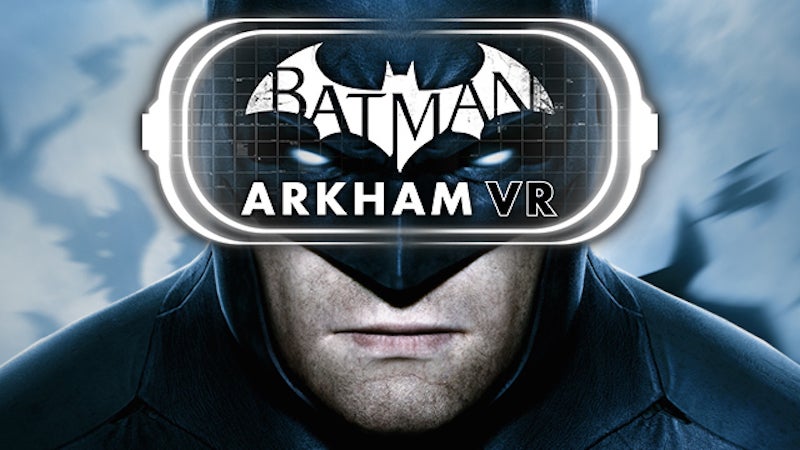 I’d tried out a few VR games before, like VR Luge and Scavengers Odyssey from Playstation VR Worlds. But Batman: Arkham VR was the game that sold me on the medium.

Batman: Arkham Asylum used VR to achieve an effect that would be impossible in any other medium, and it didn’t feel like a gimmick – it made sense within the story and context of the game. Not to spoil the game, but I came out of the experience certain that if the same story had been told on a standard screen, it would not have had nearly the same impact.

Setting aside the fact that I’m a comic book nerd and would happily read a comic about the Batfamily’s board game night, the story was a satisfying look at the inevitable toll crimefighting takes on Gotham’s vigilantes. Batman: Arkham VR felt like a fitting conclusion to the Batman: Arkham series. 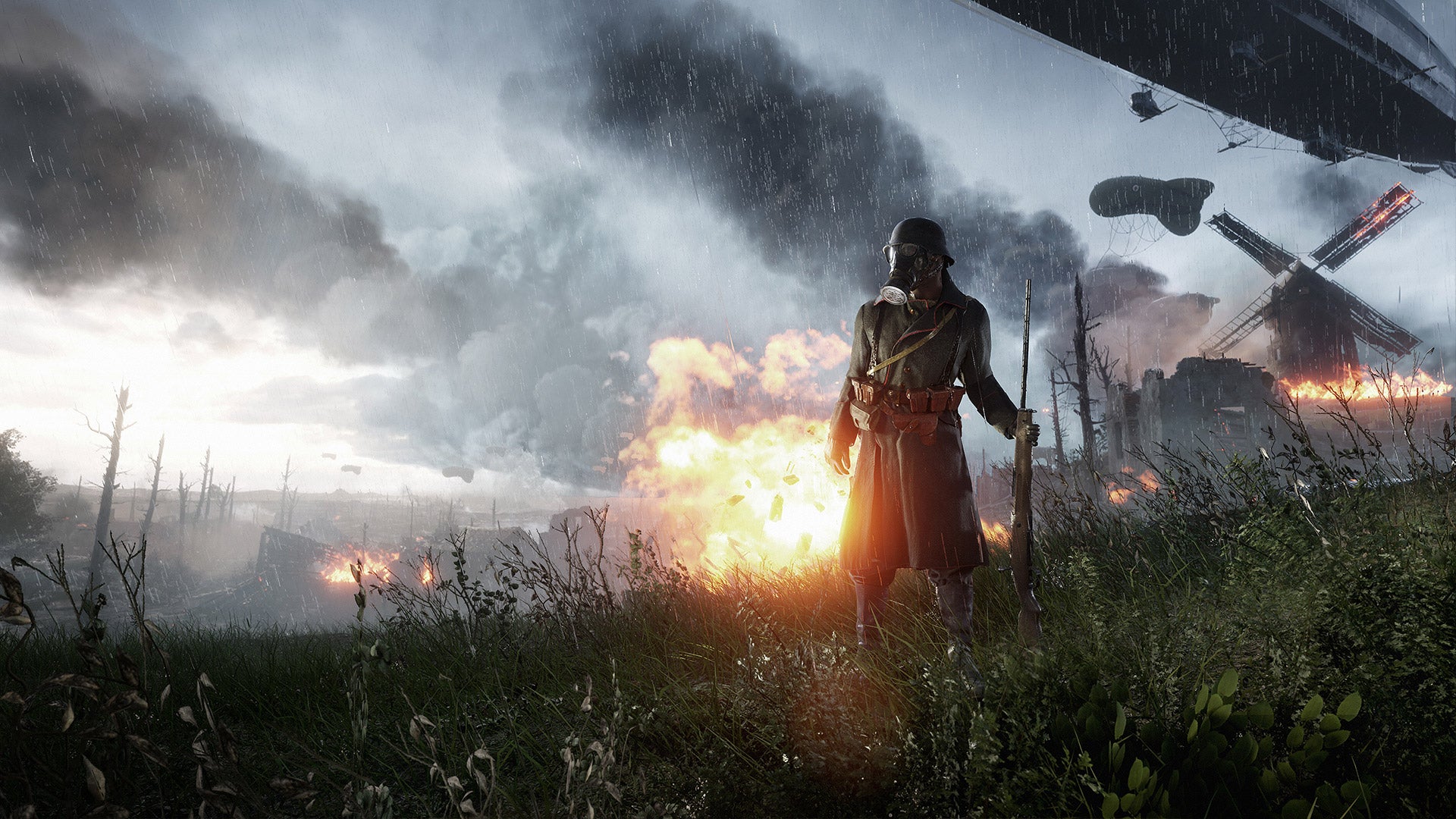 At the beginning of the year I did not think a title like this would be on my list. I typically avoided big multiplayer first-person shooter titles like Call of Duty and Battlefield. The campaigns often feel as though they go on forever, and I’m not skilled enough to keep up in multiplayer.

However, Battlefield 1’s campaign is very smartly broken up into short “War Stories”, which are further broken down into segments so you can easily track your progress. As a result, I never felt like I was spinning my wheels. By offering multiple short stories rather than one long campaign, it never got stale.

The game also avoided the problem of having the multi-talented, unstoppable player character running through the war like the Kool-Aid Man busting through a wall. Each character focused on a different specialisation, such as aerial combat or use of tanks, and their individual stories were surprisingly engaging, thoughtful and well-executed.

Also there’s a bit where you can stab a guy in his sleep, which was nice. I attended an agricultural high school when I was a teenager, complete with working farm. This farm included a pig shed, entering which smelt like entering the rectum of a man whose diet consisted of cheese and other people’s faeces. My agricultural teacher, a man more accustomed to such smells than I, took us to the shed one morning to have a look at the piglets.

“Just take deep breaths, breathe it in,” he said in response to our reluctance to go inside. “You’ll get used to it quicker.”

I did not get used to it. Instead, I threw up on him.

Stardew Valley doesn’t smell, the farming is way easier and it’s just jam-packed full of joy and satisfaction. The only downsides are that you can’t actually eat any of the food you grow, and you can’t kill your animals for meat. Stardew Valley is a pescetarian world, which means that neither vegetarians or omnivores are happy. I’ve already written extensively on the most important aspect of any amusement park simulator: The murder. But even setting aside the potential for cruelty, this delightful game modernises all the fun of Rollercoaster Tycoon, and offers a lot of improvements.

For example, the heatmaps and customisation options make it much easier to build roller coasters. In Rollercoaster Tycoon I would simply build the provided ready-made blueprints, as my custom coasters always ended up with fear and nausea ratings through the roof, coupled with disappointing excitement ratings. Now, due to the heatmap feature, I can see exactly what section of my coaster is making my guests toss biscuits.

I also actually care about scenery now. I never bothered in Rollercoaster Tycoon – it was expensive and had no clear benefit. However, Planet Coaster has made decorating your park fun and affordable. You can now build custom buildings and displays, and your scenery has a tangible effect on your park and ride ratings.

You can also stack animatronics to create a screaming pillar to the sky. How justified the inclusion of Dota 2 on this list is depends on your answer to the question: If you replace the handle of an axe, then later replace the head of the axe, is it the same axe? I hate that question and find the thought exercise pointless, but I’m putting Dota 2 down because the recent update to version 7.00 completely overhauled the whole game. Also I just like Dota 2.

The addition of a skill tree, the implementation of a backpack, a new map? In a MOBA like Dota 2, which is so complex and where the best players learn every juke path and character ability by heart, a major shakeup like this flattens the playing field and re-energises the game. Everyone has been flung back to the start to learn it all over again and rediscover the excitement of playing Dota 2. 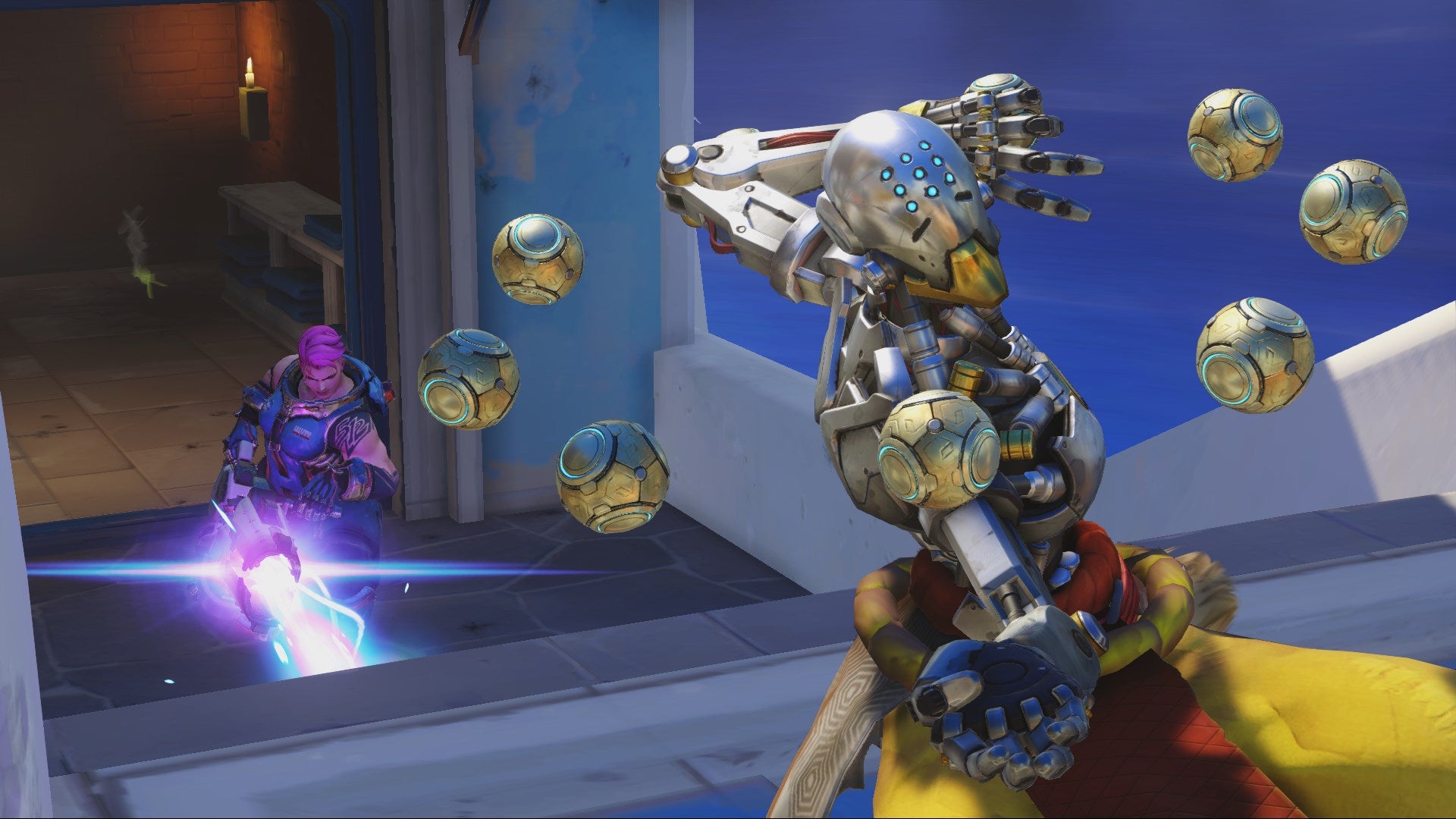 Several times throughout the year, I’ve found myself wondering: “Is Overwatch my new Dota 2?” Then I apologise to Dota 2 and reassure it that I still love it, but secretly I’m still thinking about Overwatch.

Initially I was only moderately interested in Overwatch. Blizzard is known for its real time strategy games, not shooters, and I wasn’t about to get hyped. Then I learnt it was a bit like a cross between Team Fortress 2 and Dota 2 – two games I have spent countless hours in. And it would feature the character Mei, who is basically me. These facts were enough to cause me to sit up and pay attention, but once I actually got my hands on the game I properly fell in love.

Overwatch is fast-paced, well balanced, and features a wonderfully diverse and vibrant cast of characters. Each character’s abilities are interesting, and you never feel underpowered. Plus, there’s a growing selection of cool skins to collect, which is the real marker of good multiplayer game.

I need that Zenyatta Nutcracker skin.

I need to throw my giant nuts at people.