One Father's Issue With Peach Getting Kidnapped In Super Mario Run 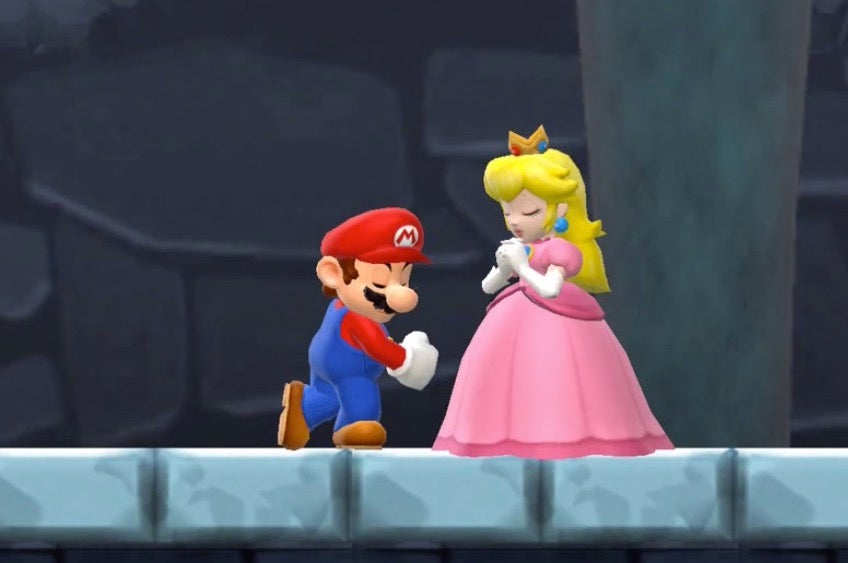 Super Mario Run, Nintendo's first mobile game, follows the standard Mario formula: Princess Peach gets kidnapped right away, and it's up to Mario to save her. It's for this reason that Chris Suellentrop doesn't want his daughter to play it, as he wrote in an Op-Ed for The New York Times, saying, "the game is rife with stale, retrograde gender stereotypes ... that today are just embarrassing."

When I spoke to Suellentrop about his Op-Ed and the comments he made on his podcast, I expressed surprise that he was so passionate about the tropes at play in the game. "I'm a little surprised, too! But yeah, it pissed me off," he said. "This bugged me more than it normally would because I have a daughter, who is in first grade, whom I was hoping to play Super Mario Run with. Like most Kotaku readers, I grew up on Nintendo games and think of them as the 'family friendly' video game company. This didn't feel family friendly to me. It felt like she would find it alienating and insulting."

"I decided we weren't going to play the game when Toadette introduces herself at the start of the first Toad Rally," he said. "She claims she is going to judge the contest, and then ends up just explaining the rules and waving a flag at the start and end of each race, like a girl at a 1950s drag race as viewed through the nostalgia of something like Grease." 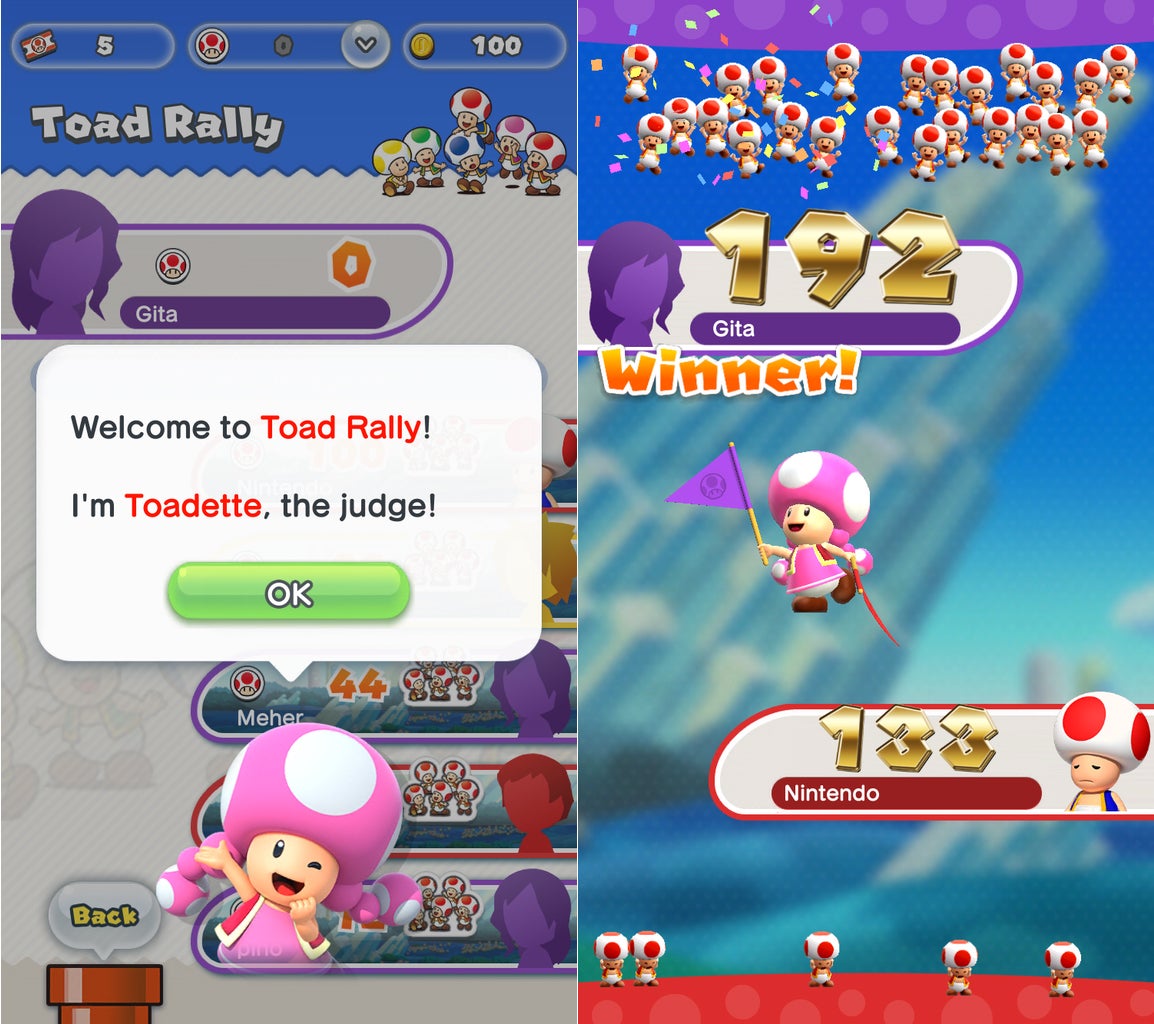 These tropes — the helpless damsel being saved by a brave, er, plumber — are ubiquitous to the point of parody. I can't get too out of shape about them when, well, they're everywhere, and have always been. But Suellentrop's perspective as a father prevents him from taking it lightly. "Adults can do whatever they want. And they can enjoy some stereotypes in a well-crafted industrial Mario product. But don't feed this shit to my kids," he said.

He isn't wrong, these tropes are retrograde and embarrassing, and every parent has a right to say what media their child can or can't consume. But focusing on old, tried tropes on a case by case basis is missing the forest for the trees. It's like — my mum has this persistent cough that she's had for a few years. She's treated the cough in all manner of ways, to the point that she now enjoys drinking glasses of warm water (gross). Eventually she went to the doctor, and discovered that she has some underlying health issues, resulting in a cough. The causes were deep and insidious and invisible. But the only thing we saw was the cough. 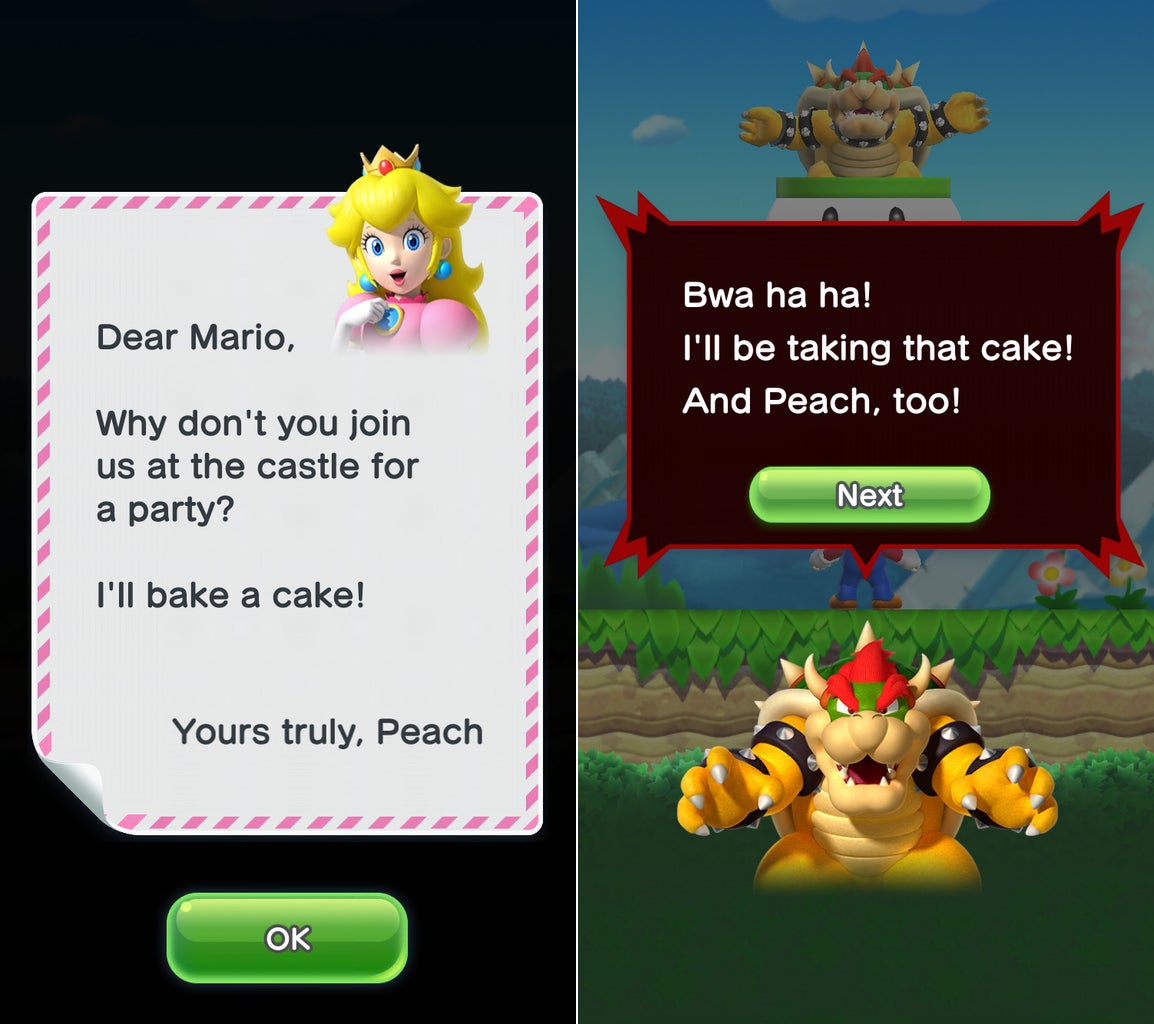 Like Suellentrop, my parents also tried their hardest to stop me from interacting with media that would make me feel like I couldn't do things just because I was a girl. But I still grew up thinking that some things were off limits to me because of my gender. I remember the exact moment where I decided I no longer wanted to work in Hollywood: It was when I realised I could not name any currently working black female directors.

Now of course times have changed, and Ava Duvarney even has her own Barbie. But when I look back on the things that held me back as a child, it has a lot less to do with women in fiction, and more to do with not seeing real life women doing the things I wanted to do.

Suellentrop is aware that this is a small, small piece of a much larger issue. "There are very few women directors of movies, as you know. Women have to fight to win literary awards," he said. "These are not problems that are unique to video games. Video games are just what I know the most about and care the most about."

The effects of sexism — the retrograde tropes and Toadettes and Bowser kidnappings — are all around me. I live them. So for me, I'm not sure the effects of this particular case are worth my emotional energy, when I feel like deeper, invisible causes are still holding women and girls back. Everyone who cares about these issues has their own line where they feel like speaking out is necessary — this very publication, in fact, sometimes reports on instances of tired tropes in video games and the surrounding culture when it seems worthwhile. I do hope Suellentrop's plea for a more inclusive Mario game can lead to a game that he feels comfortable playing with his daughter, even if this isn't a thing I personally am fired up about.