GTA Online’s free Gunrunning update, which dropped last week, lets players acquire a variety of military tools and weapons, including an underground military bunker. None of it is cheap, and once you have it, you might be left waiting around for too long in order to make any money or unlock more toys.

The biggest addition — literally — are the bunkers. Bunkers are concrete bases filled with tunnels and rooms. These underground bunkers are so large that Rockstar threw in modified golf carts that help you get around the facilities, meaning that yes, you can recreate this classic scene from Austin Powers. 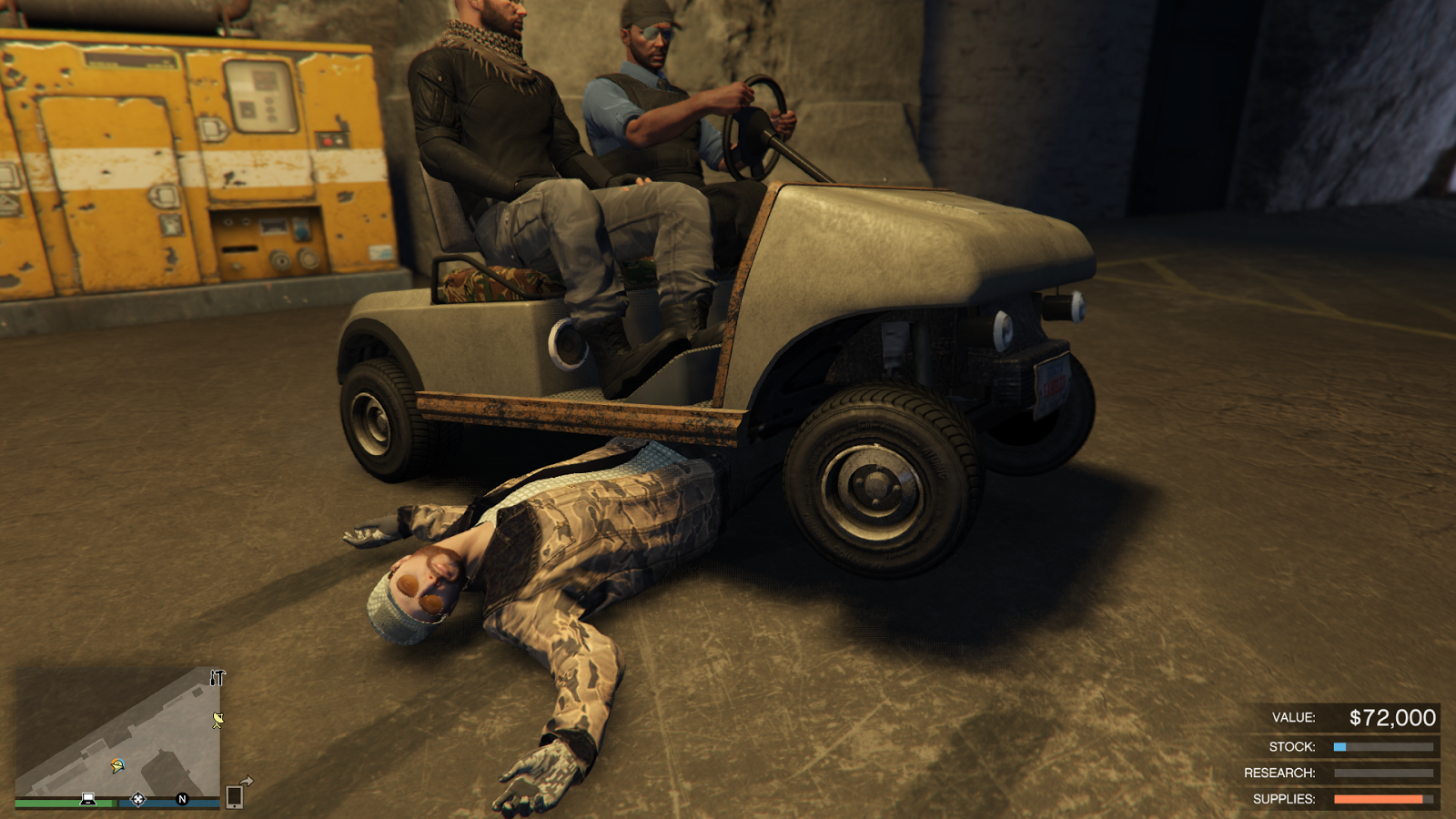 My “friends” having some fun with the new bunker carts.

Once you buy a bunker, you can start gun running. If you’ve played any of the previous GTA Online updates, you already understand how gun running works: you earn supplies by doing missions. As you earn supplies, your workers and researchers will turn those supplies into weapons to sell. You can also unlock new items, such as weapon skins and turrets via research, which also uses supplies.

To earn supplies, you and some friends need to complete missions in public sessions. In my experience, these missions are mostly great: they include stuff like visiting the mysterious camp of the Altruist Cult, or having to steal railguns. Unfortunately, it only took a few hours for me to start running into the same mission over and over again. At one point during one of my sessions, the railgun mission popped up 4 out of 7 times. Sure, that mission is awesome, but playing it so many times in a row kinda sucks the fun out of it.

Sadly, beyond giving you access to the gun running mechanics, the bunker is an expensive and empty shell. Besides giving you a firing range and some soda machines, there isn’t much to do or see in your pricey underground shelter. The golf carts are fun to mess with at first, but eventually spending time in the bunker felt boring. It’s a shame, because I really like the idea of decking out a big underground fortress with different rooms and features. For now, bunkers feel like sparsely decorated caves. Considering the cheapest one will set you back over a million dollars, I hope Rockstar has more planned in the future for bunkers. 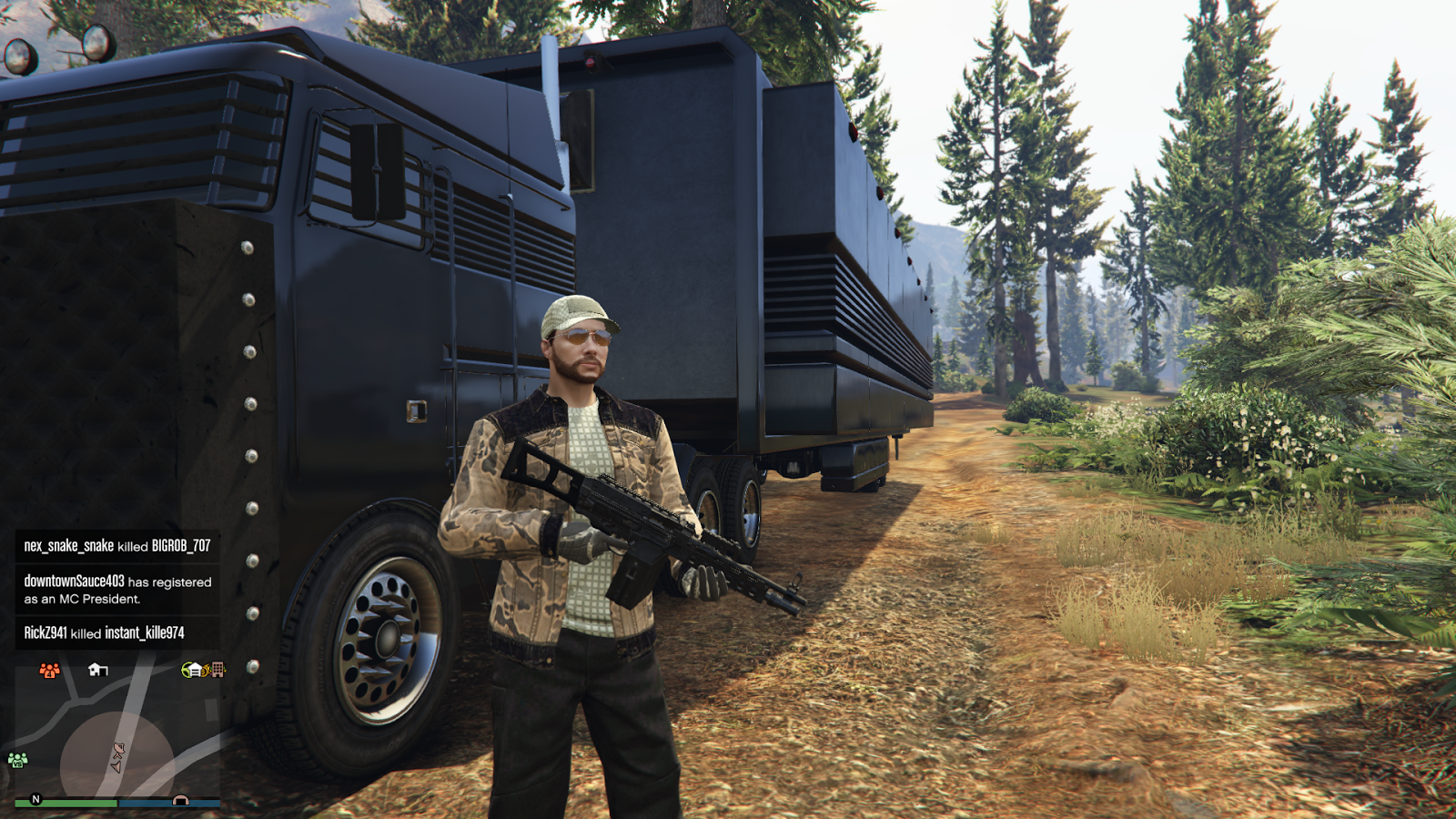 Finally, owning a Mobile Ops Center allows you to upgrade a few old weapons into Mk. 2 versions that increase damage, range and other stats, while also adding more details to the model of the guns. I really like Rockstar’s decision to upgrade weapons, rather than just adding new ones. My weapon wheel is already crowded and I tend to stick to a few favourite weapons, so upgrading them to look and shoot better is A+.

While all of this stuff is really cool, it doesn’t come cheap. A low-end bunker without any upgrades will cost you around $US1.2 million. Then you need to buy a mobile ops centre, which will cost you about $US1.6 million. Luckily, I’ve been saving money for the past few months and was able to afford these new toys, but I imagine all players won’t be able to say the same.

Once I had bought all of this stuff, I became frustrated with how much waiting was involved in order to make anything happen. For example, after I filled up on supplies, I decided to see how long it would take to fully research an item and make a few gun shipments. It took over 3 hours to complete my first research project. You can move staff around to speed up things, but even when I prioritised research or manufacturing, the downtime was still a drag. At one point I ended up using a rubber band on my controller to keep my player idling while I did other things IRL: 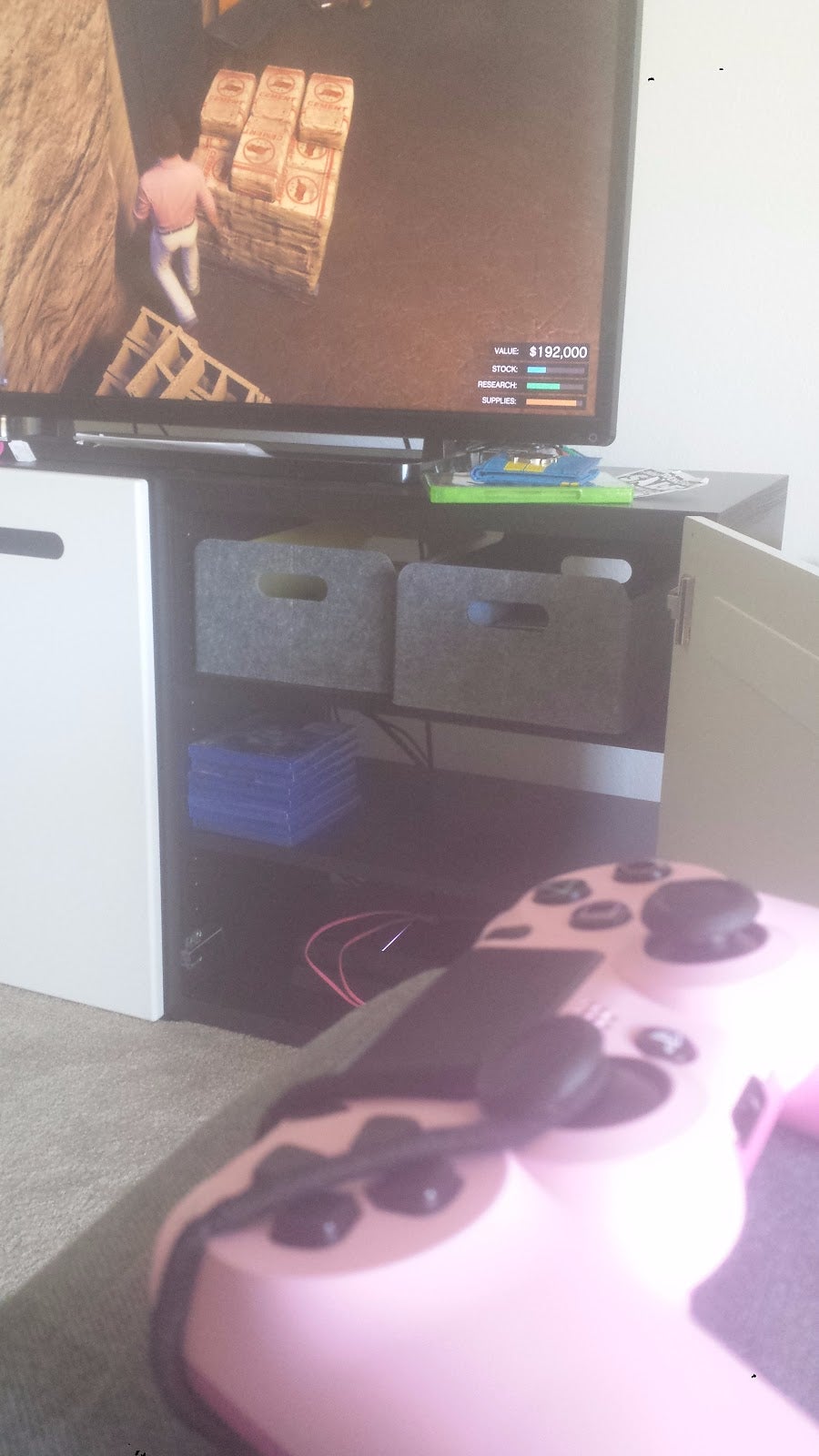 For the fashionistas out there, Gunrunning also adds a ton of new clothes and camo patterns. More importantly, you can now close and open jackets, as well as put on and take off some hoodies. These are small additions, but they will certainly please some fans.

Bonus: if you liked the rocket car, there is now a rocket bike.

Gunrunners is another massive and free update for GTA Online, but despite that, the whole thing is disappointing in some key ways. Some players will need to grind to see everything the update has to offer. Once you do buy a new bunker, it might end up feeling empty and boring. Combine that with really long waiting times on research and manufacturing, and you have a recipe for something that will no doubt frustrate some players, even if some of the missions are fun.