Destiny 2: Curse Of Osiris's Campaign Has Some Good Moments But Is Mostly Tedious

Today, Bungie released a brand new expansion to Destiny 2, a video game in which players are trapped forever in an infinite simulation. And if you wanted something revelatory, you might need to recalibrate your expectations.

Curse of Osiris, the first of two announced expansion packs for Destiny 2, opens up Mercury as a patrol zone and adds a handful of new strikes and missions to the game. It comes with some major balance tweaks and the first of two big quality-of-life patches, with the second launching on December 12. Curse of Osiris also includes a short story campaign that tasks you, Guardian and saviour of the universe, with rescuing a space wizard named Osiris from a group of nasty robotic Vex. Osiris was originally conceived as a key character in Destiny 1, but thanks to a massive story reboot, he was cut. Over the past few years we've heard bits and pieces about him, yet we haven't seen him in the game until now.

I'll reserve judgement on the bigger-picture changes until we've all had some time to digest them, but after a few hours, I can share that the campaign is short, beautiful and way too repetitive. The final battle is top-notch - and the boss is one of the best-looking enemies we've seen in Destiny to date - but overall, the story feels hollow. Rather than advance the game's overall narrative or expand our understanding of Destiny lore in any sort of interesting way, it just kind of fizzles. Osiris himself is underwhelming, and although there's some fun dialogue and character development, the campaign doesn't have nearly enough time to hit the highs of Destiny 2's first main story. 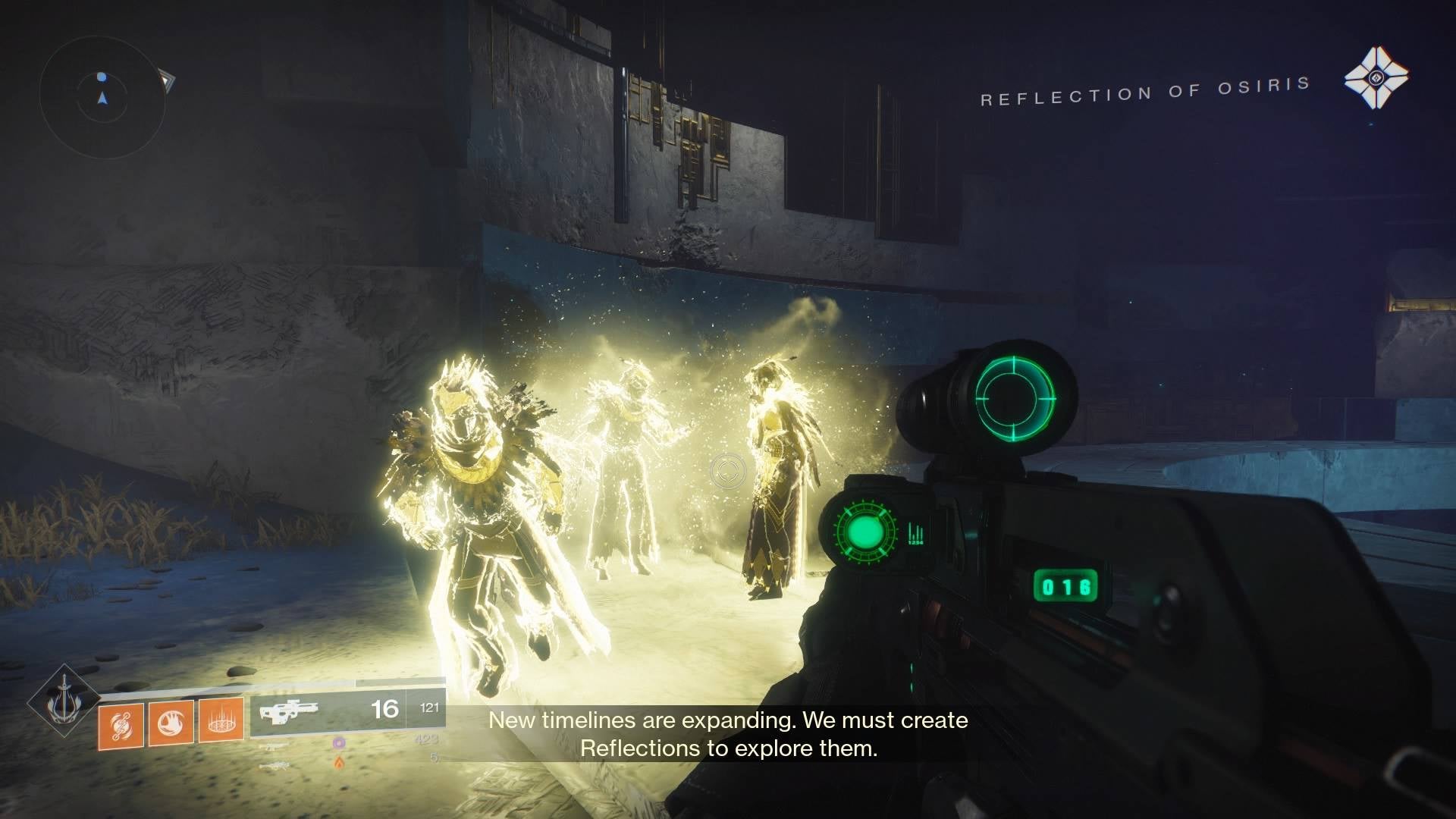 A large part of the campaign revolves around the Infinite Forest, a Vex simulation in the centre of Mercury full of crystalline labyrinths and pulsating portals. Gorgeous and alien, like an extension of Destiny 1's Vault of Glass, the Infinite Forest is as visually appealing as anything we've seen in the game. It's also, from what I've seen so far, boring.

During the campaign and subsequent adventures, you'll have to trek through the Infinite Forest several times, which means running along dozens of variations of same-looking platforms and fighting your way through the same exact enemies as you move from door to door. The only reason to stop and fight filler enemies is when one of those doors glows red, which means you'll have to kill a specially marked baddie called a Daemon in order to get it unlocked. Otherwise, there's no real reason not to just keep running. And there's really nothing fun about sprinting through platforms as you try to avoid meaningless battles.

Other missions fare a bit better. One of Curse of Osiris's cooler fights tasks you with defeating a massive Cabal general while dodging Vex mechanical defences, and the final boss combines raid-style scale and mechanics with a cool bit of story. Longtime Destiny fans will no doubt enjoy some of the character depth we see from the veteran Ikora, who has changed a lot since we first met her, and from the little-known Brother Vance, who we once knew as the guy who would dash all of our hopes in Trials of Osiris. As it turns out, Brother Vance is just an Osiris fanboy - who would have thought?

My colleagues and I will keep playing and writing as we get more of a feel for Curse of Osiris's larger-scale changes, but the story in a nutshell is short, gorgeous and tedious. At least the music is great.