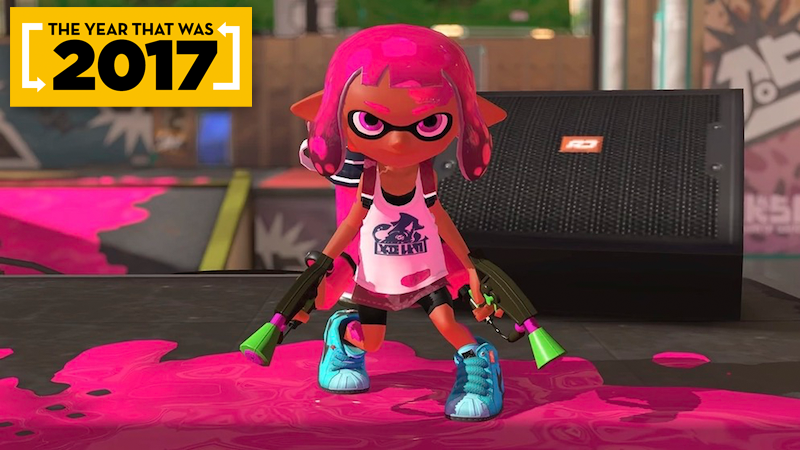 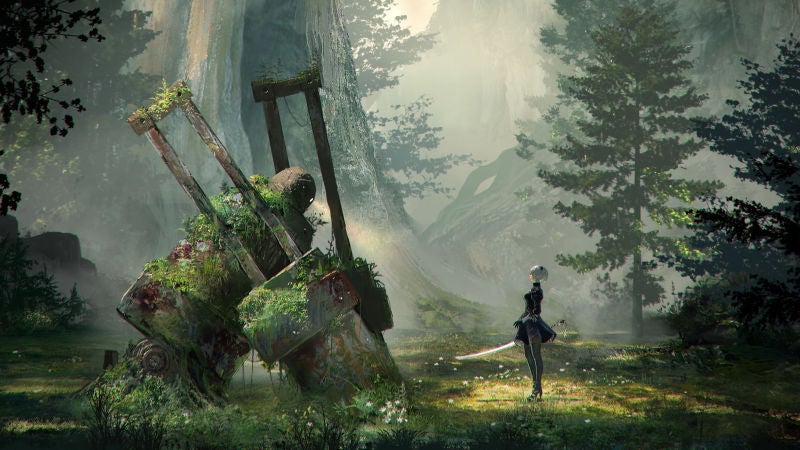 I really liked Nier: Automata, though it wasn't for the twisty story, the philosophical conundrums, the sad robots, or the creative décolletage. I liked this game for its verve and confidence, for how it swept and spun and spiraled from scene to scene, like a trapeze artist leaping up, then swooping down, then back up again. This game was happy to dive from the moon into the center of the earth. It burrowed into itself to surprise me again and again with unexpected new layers, and its acrobatic camera followed every step of the way. Great music, too. 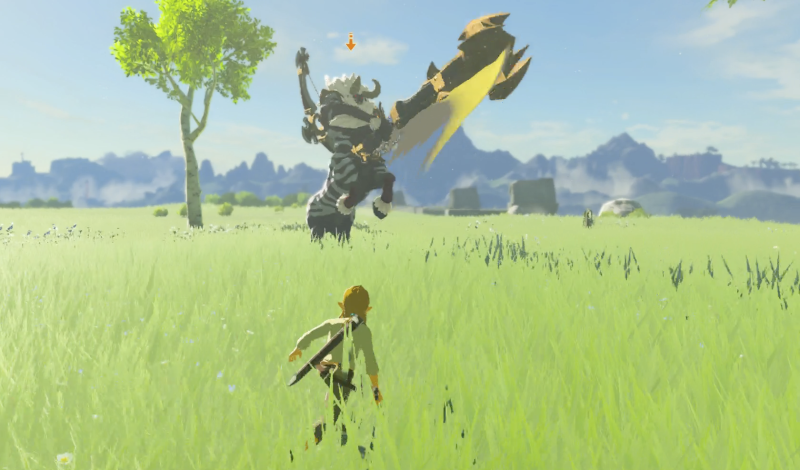 I will likely never stop playing Breath of the Wild. I've finished its story, and I've begun it again. I've replayed shrines and re-explored lost ruins. I've memorized, forgotten, and relearned more of Hyrule than I have of some places I've lived. Each time I've started playing lately, I find myself yearning for those heady first weeks, when everything was new. I think back on the excited-but-vague text messages and DMs I sent my friends, who were also playing. "Oh my god I just found something ridiculous." "Dude, the thing on the mountain! Did you see that??" And over and over again: "Holy shit this game." I paw at those memories, wishing I could somehow crack them open and make them real again. 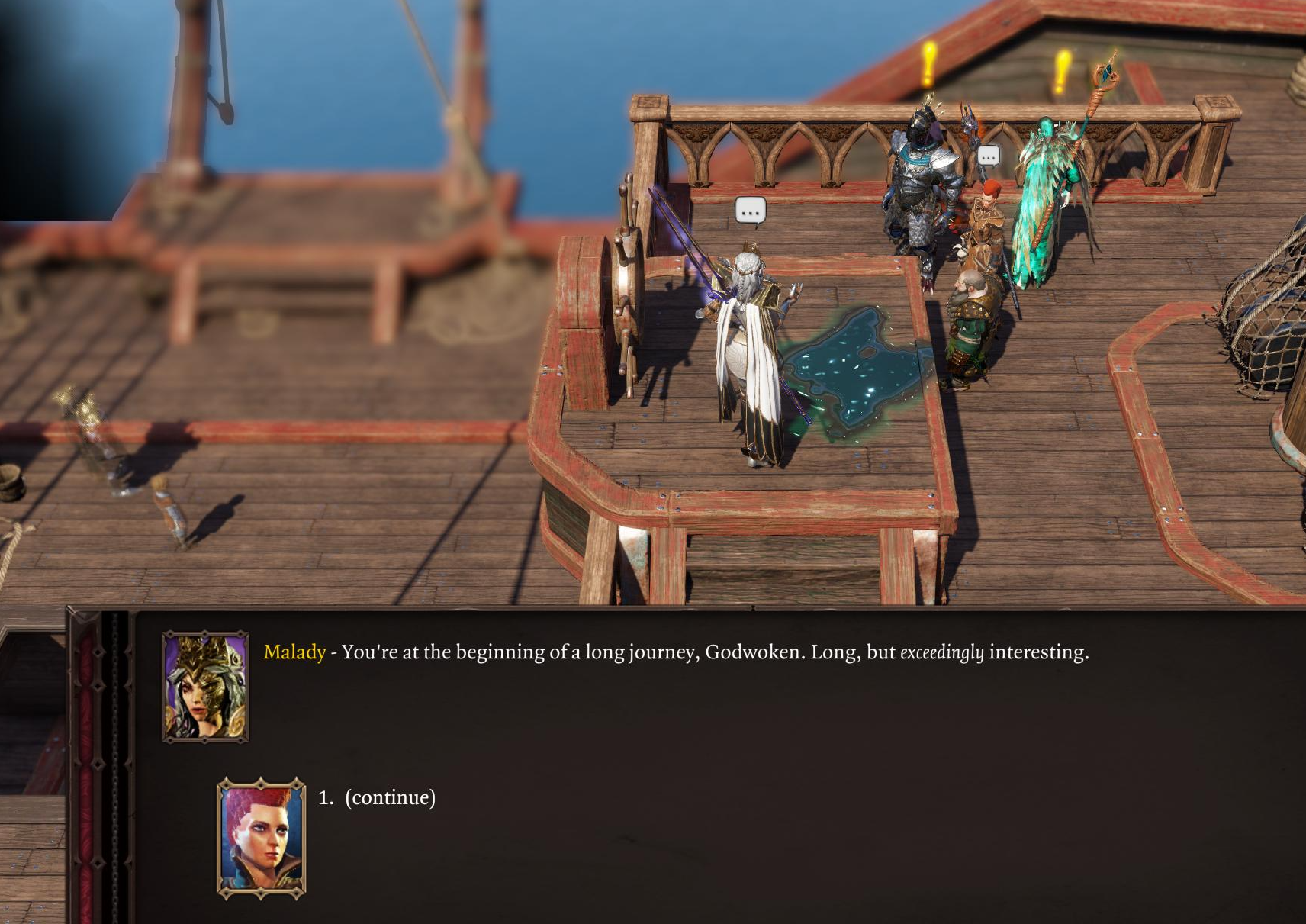 Oh, the feeling when an RPG character says this 15 hours in.

As a stalwart fan of the first Divinity: Original Sin, I expected the sequel to be good. I didn't expect it to be this good, and in particular, I didn't expect it to be this well-written. The CRPGs that inspired Divinity carved out a style of humour in the late 90s that sat in the balance of playful self-satire and honest melodrama. It's not an easy balance to strike, but it's well-suited to the earnest absurdity of video games. With its scaffolding of interlocking simulations, Divinity: Original Sin 2 practically begs the player to twist it until it breaks. Its careful blend of cheekiness and drama allows my destructive playfulness to exist without devolving into chaos and parody. 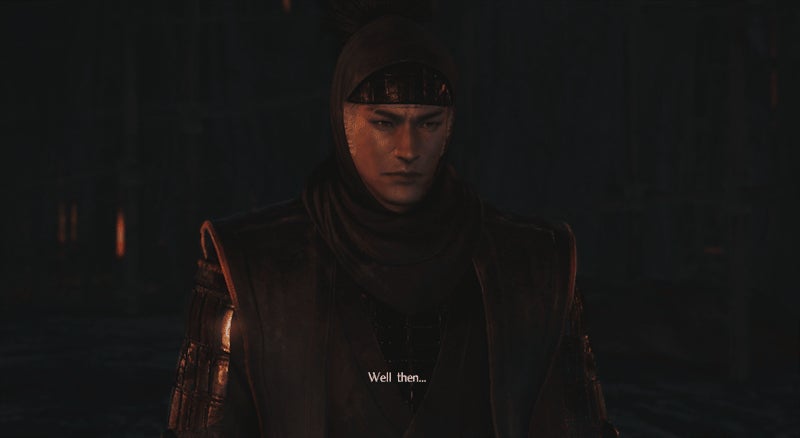 I did not see Nioh coming. In retrospect, I should have. For most of my life as a gamer, I did not think of myself as a "hard games" kinda guy. Then I discovered Bloodborne, which led to Dark Souls, and suddenly, hey, I am a "that kind of hard game" kinda guy. I started playing Nioh on a whim, mostly because Sony had sent me a PS4 code for the game and I didn't have anything going on that weekend. Fifteen hours later I was completely obsessed, going back over levels again and again because it was so endlessly fun to fight, react, recover, and win. Nioh is one of the best pure action games I've ever played. 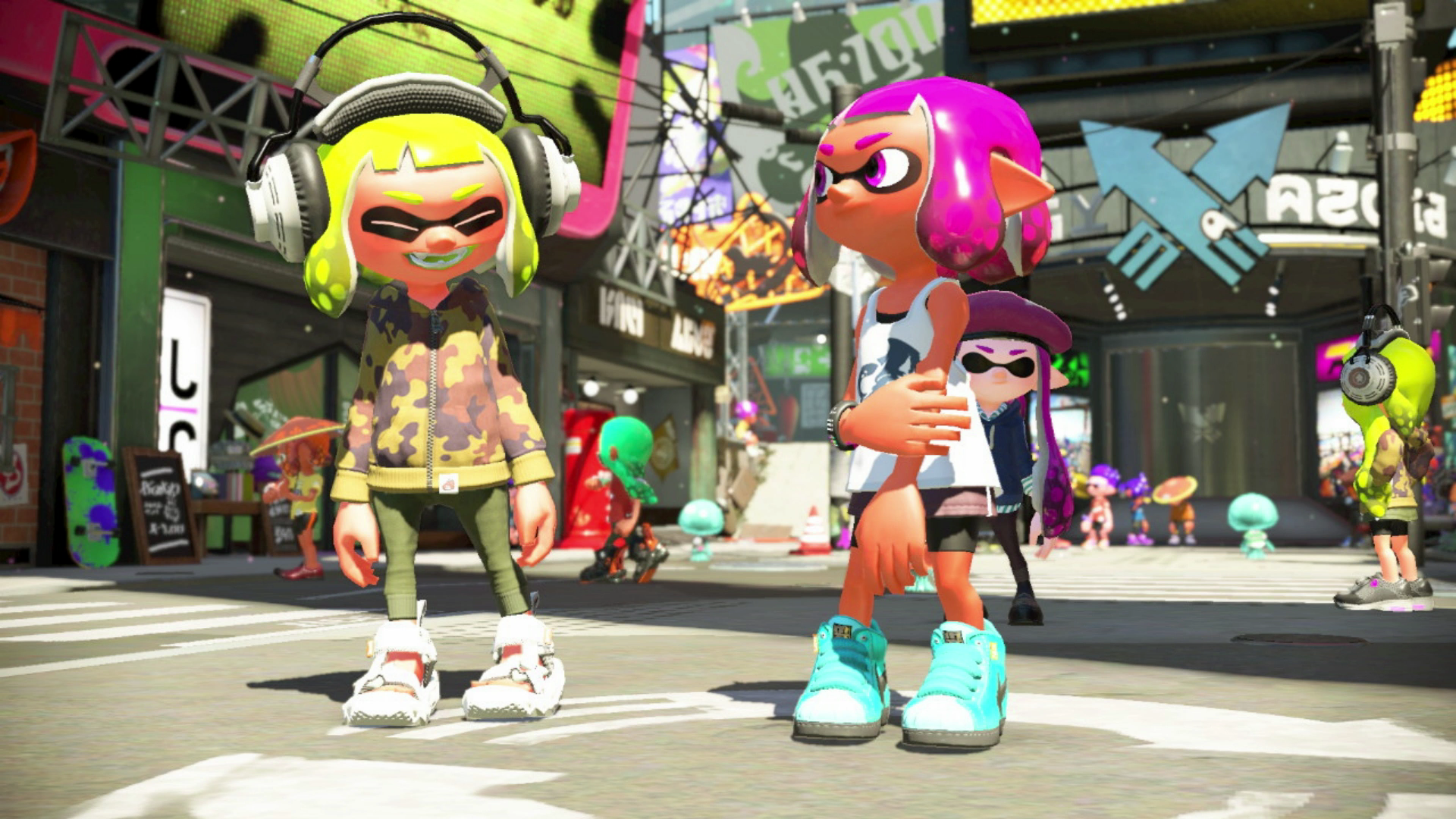 People like to talk about how games feel to play. For example, a lot of people say that Destiny 2 is one of the best-feeling shooters ever made. (I should know, I'm one of those people.) Those people, AKA me, should talk about Splatoon more. I didn't play the first game, which is likely a part of why I was so taken with the sequel. But once I got past the motion-control learning curve, I found myself unable to stop, purely because how how good it felt to interact with this game. I submit that there may be no more satisfying feeling in video games than perfectly splatting an opponent in the middle of a Splatoon 2 turf war. Pat-pat-pat-pat-BLASH. Pat-pat-pat-pat-BLASH. Pour it directly into my veins. 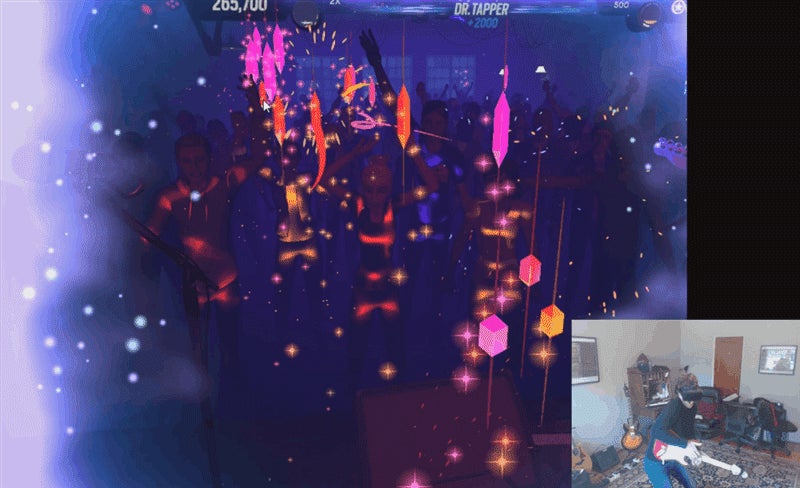 The buzz around virtual reality predictably died down in 2017, despite the fact that a handful of fantastic VR games — Robo Recall and Lone Echo among them — came out. Rock Band VR was my favourite of the bunch. It represents a different kind of rock-star fantasy from its group-focused early 2010s namesake. This isn't a game you play with friends, nor, as the videos I shot of myself playing show, is it a game to play while any of your friends are watching. It trains a laser focus on making you feel like you're rocking out on stage with a band, and is helped along by some extremely good visual and sound design, an unerring attention to detail, and above all a total overhaul of the guitar-game mechanics that so many of us have come to take for granted. It's too bad that so few people will have the hardware necessary to play this game and appreciate how cool it was, though that actually makes me feel gladder to have gotten to play it. 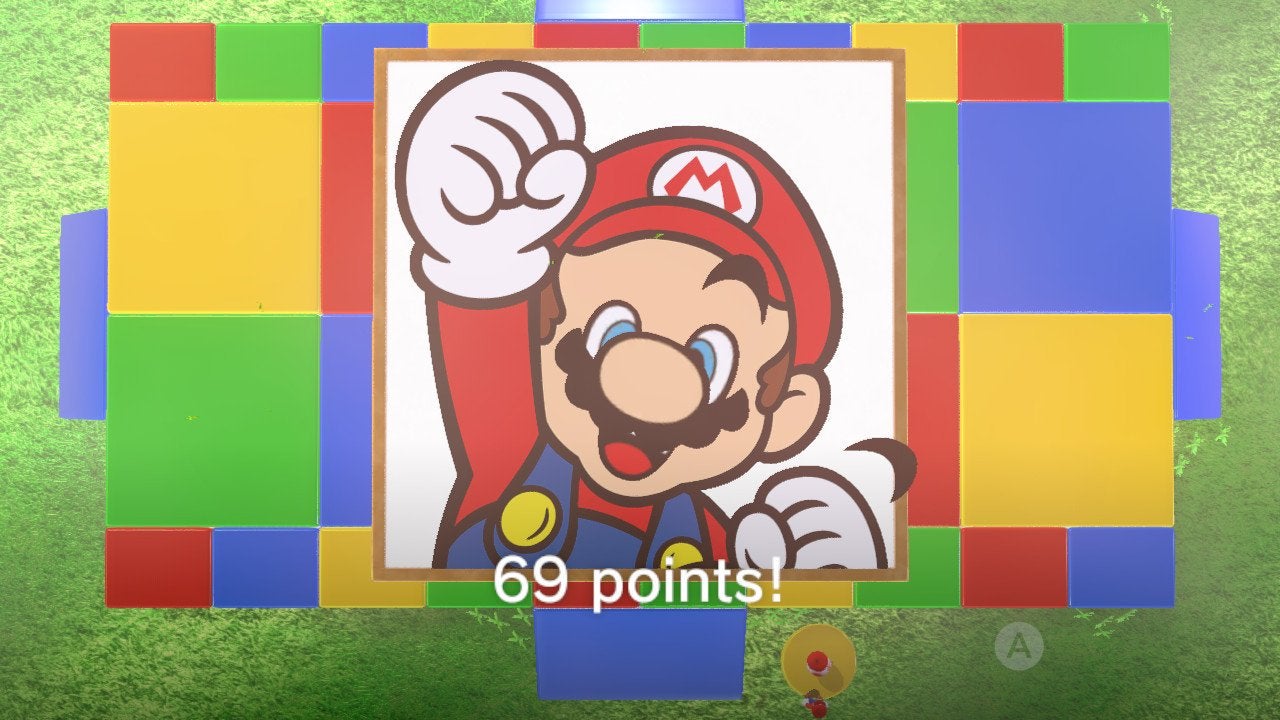 Are you more of a Zelda person or more of a Mario person? Credit to Nintendo for making two games so foundational that, decades later, they're still the endpoints of video gaming's exploration-to-reflex spectrum. Although I wasn't allowed to own video game consoles when I was growing up, I still knew I was a Zelda person and probably not a Mario person. Super Mario Odyssey was the game that changed that for me, in the same way that I would imagine Mario 64 helped a lot of people change their view of what Mario could be. I love so many things about this game, but most of all I love its sense of humour. Super Mario Odyssey is the new best exemplar of my long-standing belief that the best video game jokes let the player deliver the punchline. 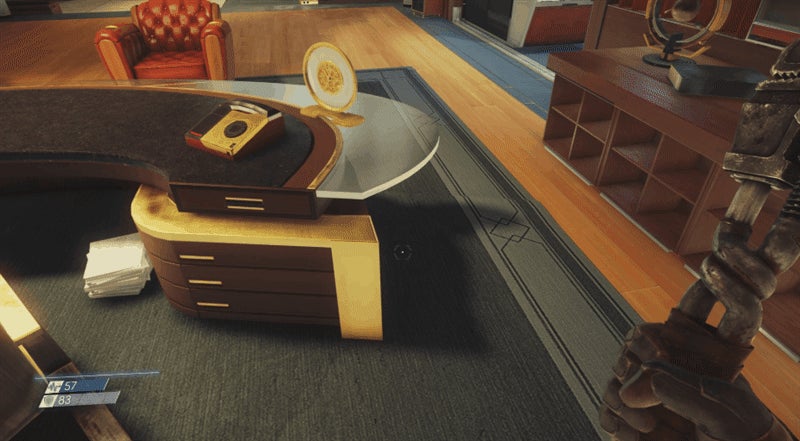 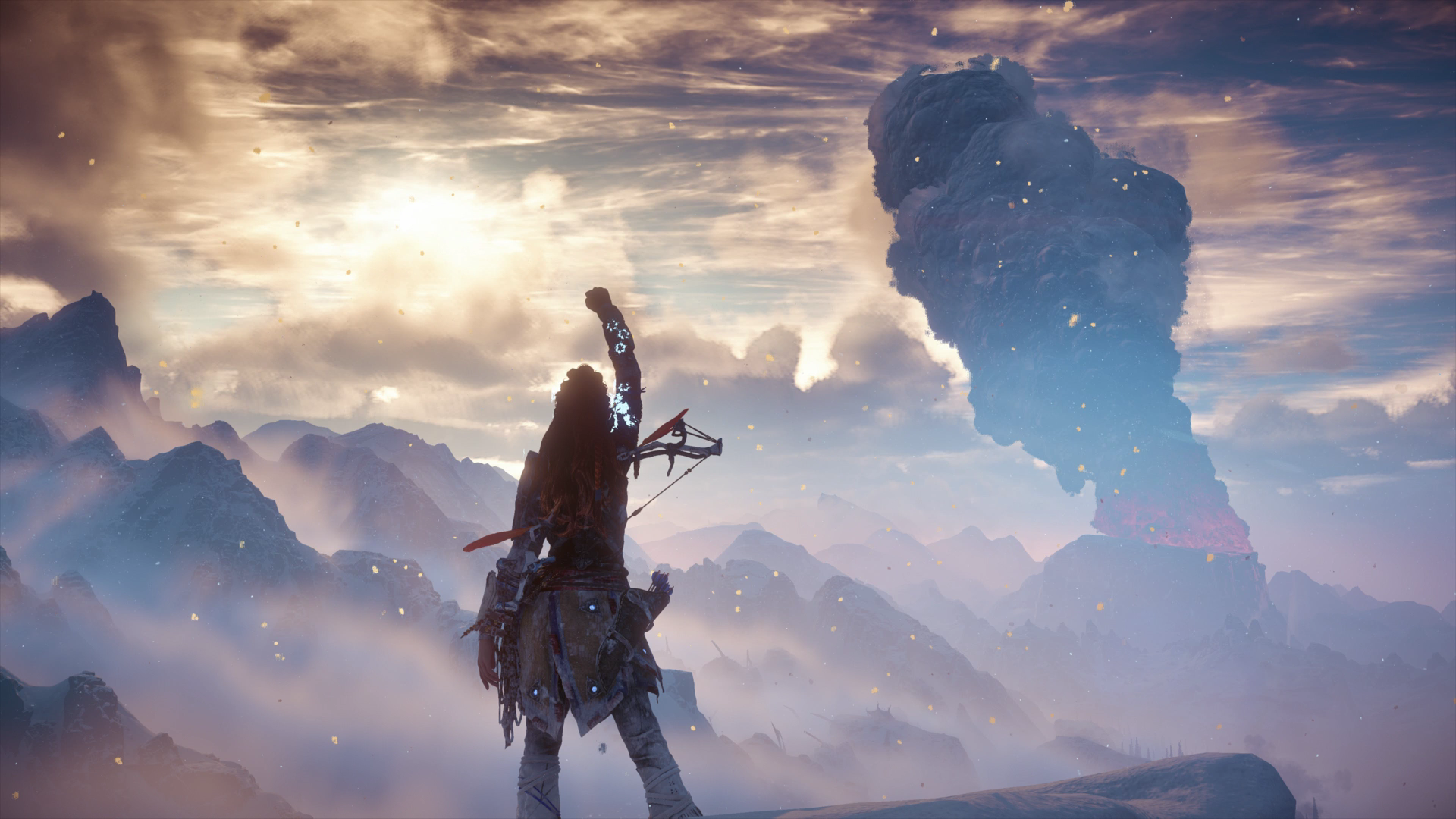 As much fun as it was to face off against a robot dinosaur in Horizon Zero Dawn, I found myself just as taken with the game's story. It started with an exceedingly improbable and video game-y world — a collection of attractive, ethnically diverse people live in primitive tribes and hunt giant robot dinosaurs that roam the land — and then convincingly explained every facet of it. Not only that, it did so in a way that had me just as invested in the long-lost past storyline as I was in that of the present. Of course, it doesn't hurt that the game also had my new favourite video-game bow and arrow (and believe me, I pay attention to that sort of thing), as well as probably the new best video-game slide. Fun to play, beautiful to look at, and a story good enough to make me actively seek out audio diaries. 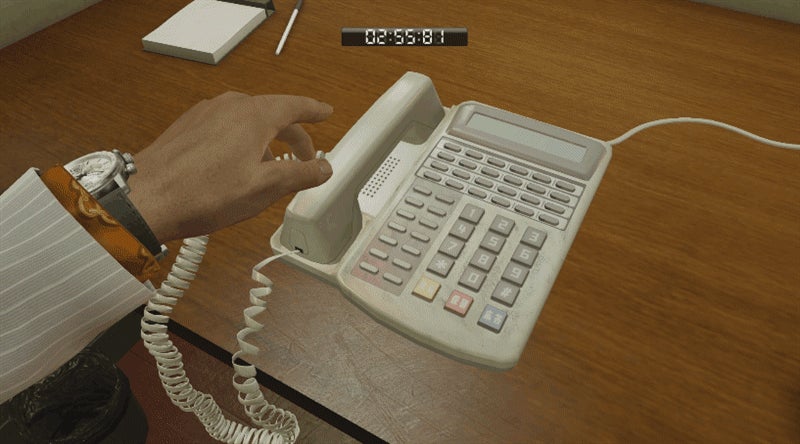 I actually wasn't expecting Yakuza 0 to make this list. I figured Persona 5 would be sitting here, or maybe PlayerUnknown's Battlegrounds. But each time I go back to play more Yakuza 0, I find myself struck by its peculiar sensibilities, amused by its jokes, and impressed by how easily it dances between being profane and kind, vulgar and thoughtful, stupid and so very smart. It was probably that ridiculously detailed jazz big band that put it over the top — one of countless examples of this PS2-lookin' game's unexpectedly obsessive attention of detail. I've had as much fun watching people share screenshots and gifs of Yakuza 0 on Twitter as I've had playing it, and I had a hell of a lot of fun playing it. 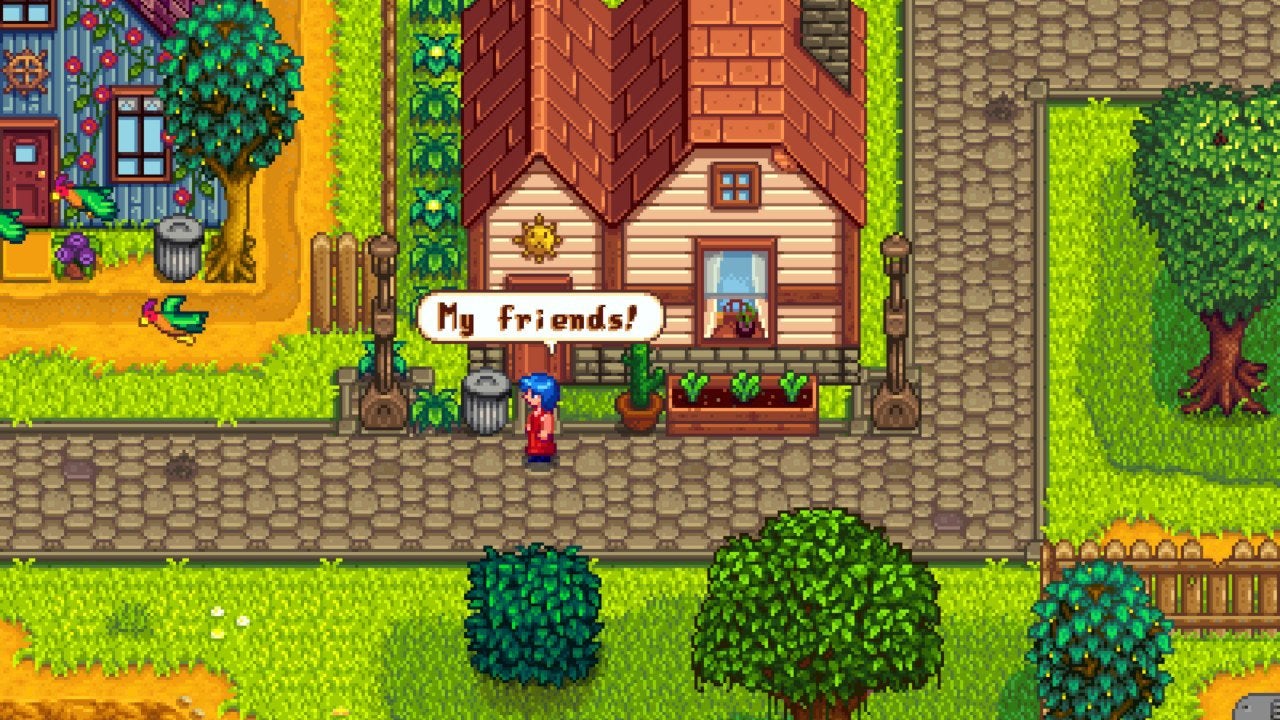 This is the eleventh game on my top-ten list, so think of it as a bonus. Stardew Valley came out last year, and actually made the 2016 version of this list. I'm adding it again because, thanks to its Switch release, I played more Stardew Valley in 2017 than just about any other game. Over the course of 2017, the Switch won me over more thoroughly than a game console ever has. It managed that not just with its new games, but by letting me rediscover older games that I already loved. I can think of no better tribute to Nintendo's wonderful new console than the fact that it got me to replay more than 40 hours of Stardew Valley, a game that I thought I'd already played, loved, and left behind. I can't wait to see what the Switch will help me rediscover next.

Some games I wish I'd had more time to play: Mario + Rabbids: Kingdom Battle, Night in the Woods, XCOM: War of the Chosen, Dishonored: Death of the Outsider, Hob, and Gorogoa.

And that's that. Thanks, as always, to everyone who read (and listened) along with me this year!