Well That Was A Weird Way To Do A Nintendo Direct 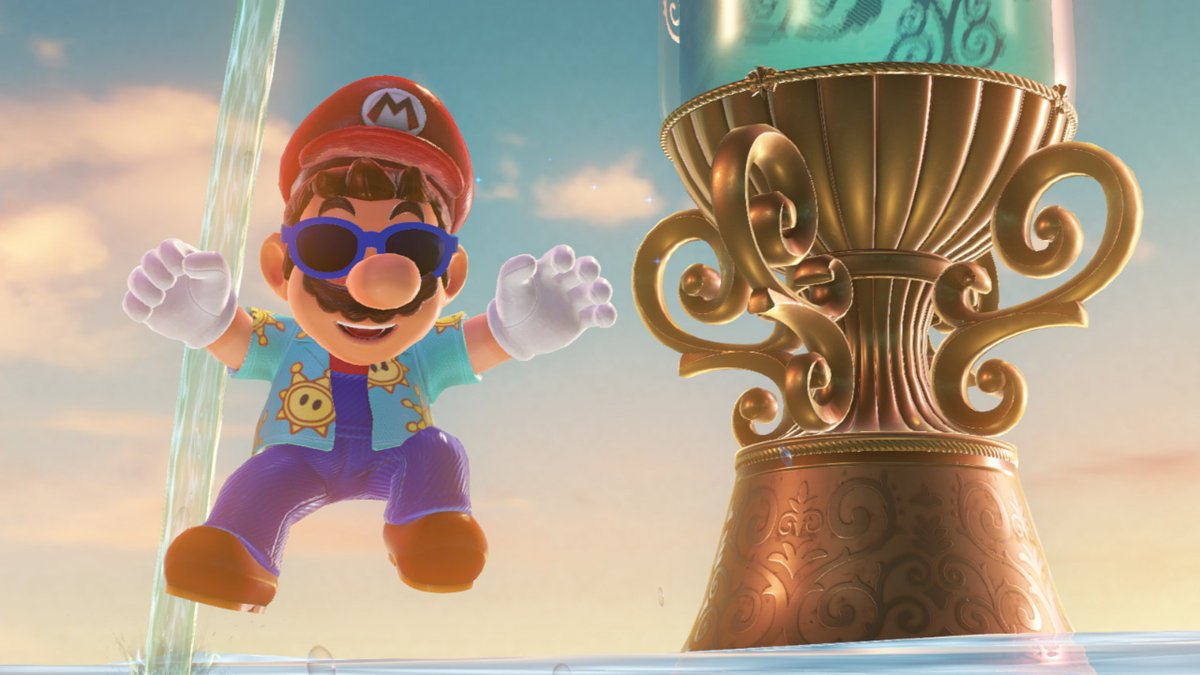 This morning, Nintendo dropped a 15 minute "Nintendo Direct Mini" out of nowhere, detailing some new games, ports, and DLC coming to the Switch in the first half of the year. The video, which was pre-recorded and came with no official advance notice, capped off a week of fans losing their minds waiting for the company to break its silence.

Rumours about when and if Nintendo would have a Direct this month peaked yesterday when the company's North American Twitter account tweeted out a picture of a power plug man on fire (his real name is Chibi-Robo).

As fan theories got more detached from reality, Nintendo played along through its social media, resulting in context-less tweets like one by its New York City office of a Mii dressed up like the Snapchat hot dog.

Then today the company simply uploaded a video, updated the upcoming releases section of its website, and went ahead tweeting about all of the new announcements just like it would after any other Direct, showing Mario in new DLC outfits for instance rather than on fire.

And in seemingly classic Nintendo fashion, the company built up the suspense to almost unprecedented levels simply by not giving any notice ahead of time. No "Hey folks, new Nintendo Direct coming later this week," or even a "We'll be announcing some stuff soon."

Naturally, the gaming portion of the Internet proceeded to melt down.

Why exactly? Well the company's last big presentation came back in September, followed by smaller ones dedicated to specific games further into the fall. Surely January, the start of a new year, would be the time for Nintendo to lay out it's upcoming plans for the Switch, especially since the console's specs and price were first revealed during a livestream on January 12, 2017.

But Nintendo kept silent. Naturally, fans across the internet put on their tin foil hats and tried to fill in the gaps, starting with an EA marketing plan that leaked last November after it was emailed to the wrong person.

In it, the company laid out a roadmap for PR surrounding two upcoming games, A Way Out and Fe, including a note about a Nintendo Direct occuring in January that would feature the latter. Once a trailer for A Way Out featuring the two main characters debuted at The Game Awards on December 7 as the marketing plan indicated it would, a January Direct seemed all but certain.

On New Year's Eve, Cheap Arse Gamer tweeted out a screenshot of placeholder SKUs on Amazon for upcoming Switch games, only reinforcing the idea that new Switch announcements were just over the horizon. Smash Bros. 4 on the Switch maybe? Or maybe Mother 3 would finally be localised?

Nintendo fans are famous for having long and often impractical wishlists which the company usually ignores while instead marching to the beat of its own drum. As the first full week of January came and went without a date and time for the next Nintendo Direct, speculation only got more wide-eyed.

Someone tried to answer the question with maths, crunching numbers on previous Nintendo release dates and announcements like they were hunting down the Zodiac Killer.

A ResetEra thread now titled "Is there a January Nintendo Direct? Find out next time on ResetEra!" is over 600 pages long and now locked after going through several different iterations, including "Nintendo Direct Island 2 |OT| The Legend of Big Whoop."

It was just one of many areas on the internet where people sought refuge while looking for answers.

The Nintendo Switch subreddit was no different, featuring people analysing a Nintendo tweet of New Donk City billboards in Mario Odyssey, trying to decide whether or not that secretly indicated a new Fire Emblem game was in development and going to be announced soon.

Finally, the entire Nintendo community got really razzed after GameStop apparently tweeted yesterday that a Nintendo Direct would be happening in 45 minutes only to delete it moments later, to which Nintendo responded an hour later with the now infamous Chibi-Robo in flames.

With no other concrete information, people spent the rest of the day riffing on the tweet, turning Chibi-Robo in flames into a meme that even other video game brands couldn't resist trying to get in on.

Of course, the truth of the matter turned out to be Chibi-Robo-less (at least for now) as Nintendo went ahead this morning and announced a slew of other ports and add-ons to existing games like Mario+Rabbids and Mario Odyssey.

Donkey Kong's being added to the former and Luigi, along with a balloon-based racing mode, to the latter. Because of course they are. Somewhere deep in a Reddit thread in comments that probably didn't get many upvotes, I'm sure people predicted it.

Nintendo Directs started out as small affairs back in 2011. The following year, Nintendo raised their profile by talking about the Wii U in one prior to E3. In 2013, as Nintendo declared the iconic (and instant meme-generator) Year of Luigi, they became the major way Nintendo spoke to customers after the company ditched live E3 press conferences altogether. Since then, Nintendo Directs have taken on a life of their own.

If Nintendo stays this cagey in the future you can bet people will be twitchily looking over their shoulders every couple of months waiting for Nintendo to drop more bombshells out of the blue.