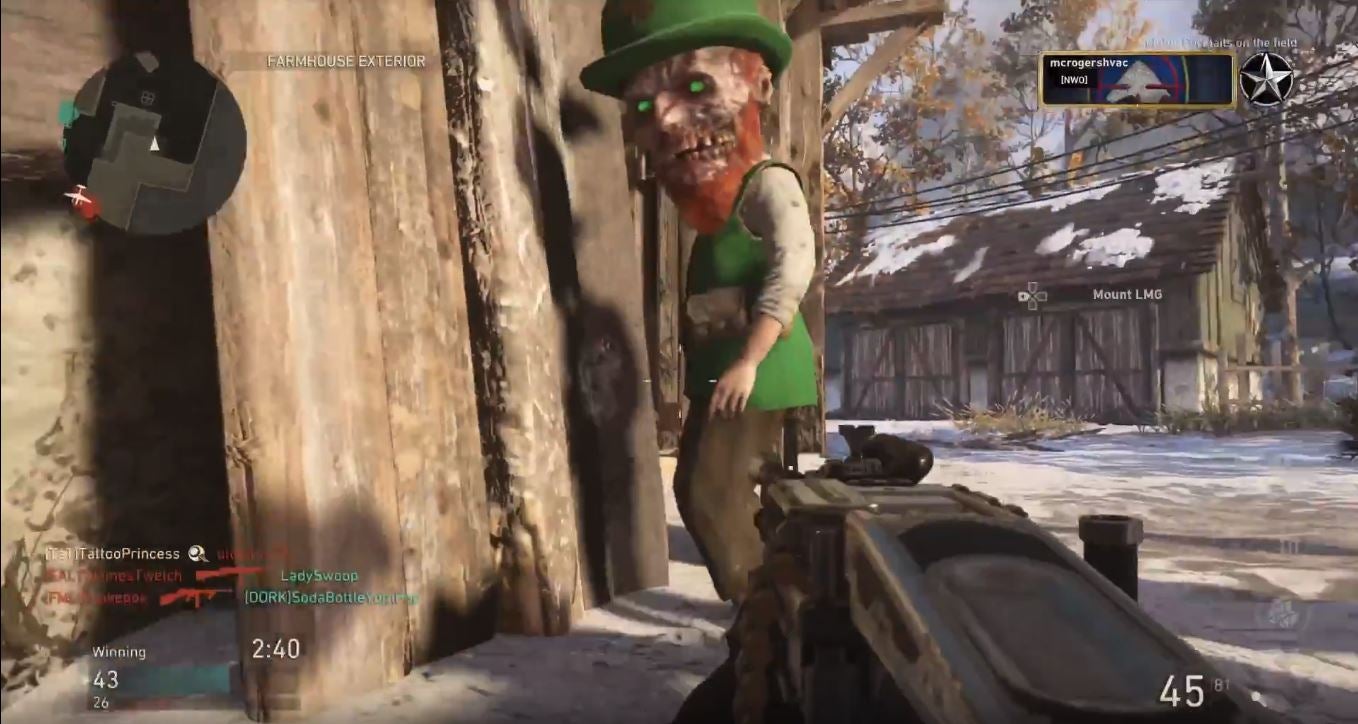 Call of Duty: WWII's March 13 update lets you hunt leprechauns, and it is exactly as ridiculous as it sounds. Sledgehammer Games has launched the "Operation: Shamrock and Awe" event just ahead of Saint Patrick's Day, so there's plenty of tacky gear, décor, and trolling leprechauns.

If you're feeling lucky, you can try to score new camos, uniforms, weapon charms, or guns from Supply Drops. WWII's multiplayer is currently filled with players donning leprechaun hats and clover camos, and you can even accessorize with a little cheeseburger charm on your gun.

The Headquarters received a fitting visual treatment for the holiday. Splashed with green and gold, the décor is pretty much a ton of clovers, pots of gold, rainbows, and barrels of Irish spirits.

And what's a St. Paddy's Day celebration without some leprechauns? WWII adds a Leprechaun Hunt mode, which is basically a mix of existing game modes that frequently spawn an evil, zombie sprite. Killing the leprechaun is a chore because he's a tiny target and swift on his little feet, but you're rewarded with your full scorestreaks. Totally worth it. This twist makes for a much more entertaining and hectic multiplayer experience. 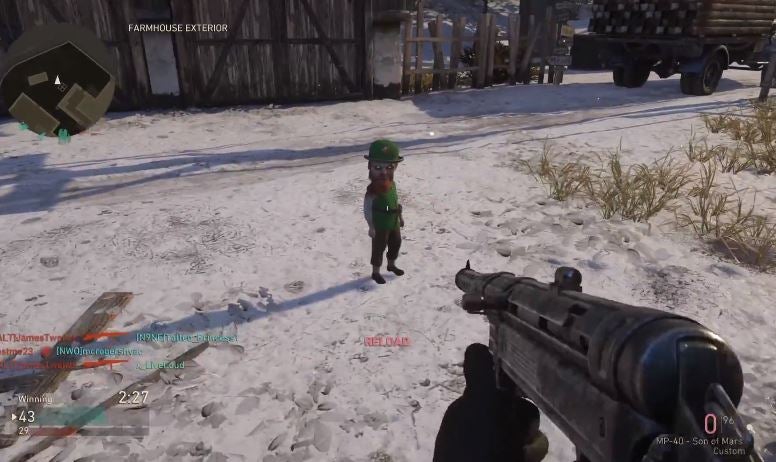 My first attempt at Leprechaun Hunt landed me in a game of Domination on USS Texas. He was hard to spot at first, but I definitely heard his insane cackling as he scooted around the map. Some players fought to capture the objective points and others focused on killing the leprechaun. I tried to do a bit of both, but the match was practically raining carpet bombings and paratrooper scorestreaks. And honestly, there were times the little jerk seemed to chase and troll me as I reloaded my gun. I never would have thought leprechauns could add so much action to Call of Duty.

However, if killing leprechauns isn't enough, you can now enjoy Call of Duty: Modern Warfare's classic Shipment multiplayer map reskinned as "Shipment 1944" in WWII. The new map is now available for season pass holders, but the remake will be available and free for everyone on March 16.

Just make sure to catch those leprechauns while you can as Shamrock and Awe will only be available until April 3.