New Mod Lets You Play Breath Of The Wild As Linkle 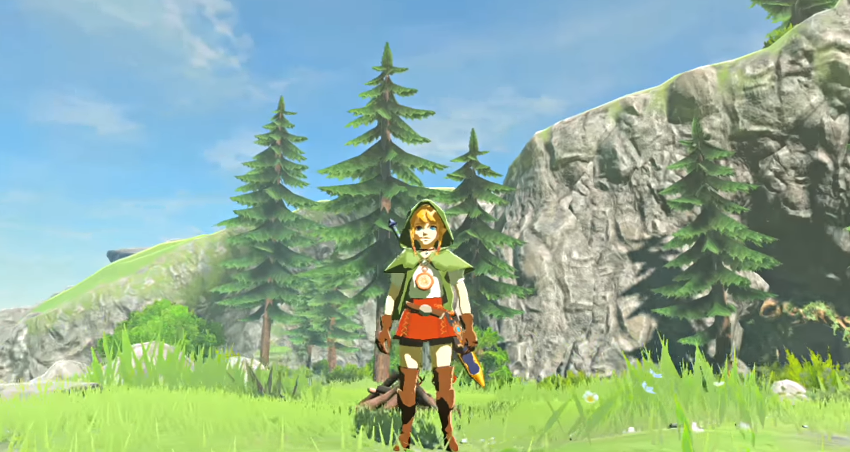 Link's great and all, but The Legend of Zelda: Breath of the Wild's world is too beautiful to explore as him alone. That's why players have modded other characters into the game, ranging from Sonic to Goku. Now there's a mod adding one of the most obvious choices of all: Hyrule Warriors' Linkle.

Created by modder lynard killer who goes by Dario Rolle on YouTube, "Linkle Mod and Bow" reskins the hero of time as the crossbow-wielding shepherd first introduced in the Zelda Musou game. The character doesn't just look different though - Dario also added facial animations and some light voice acting since, fortunately, the grunts one makes while beating up moblins don't need to vary that much from game to game. It's pretty great to watch:

Being able to play Breath of the Wild as someone other than Link is pretty cool, but Linkle fits in more naturally than most. Plus she gets to bash monsters with a crossbow in addition to the usual arsenal of swords. YouTuber BeardBear went as far as to beat every boss in the game as Linkle, which just goes to show how robust the mod is.

With the latest additions, which include some dyeable armour sets and turning the Royal Halberd into a giant crossbow, Dario says the mod is now complete and won't be getting any more updates. It runs on the Cemu Wii U emulator, but if you don't want to fiddle around with all of that you can always wait for Linkle when Hyrule Warriors: Definitive Edition hits the Switch this autumn.