Attack Torbjörn Makes A Surprise Appearance In The Overwatch League 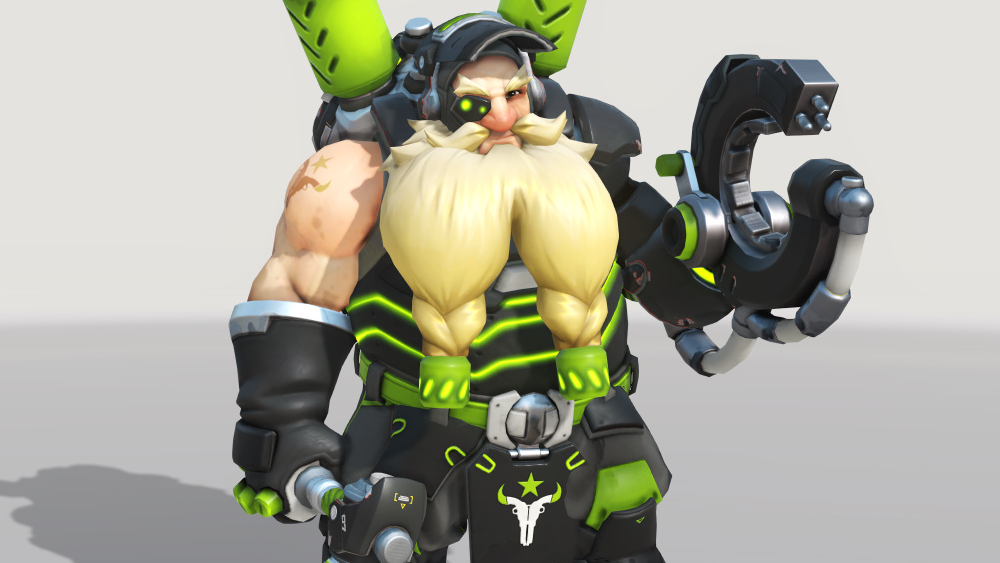 During some recent Overwatch League matches, Houston’s Jake Lyon backed off after his team took the first point to switch out his hero. Turns out it wasn’t to Sombra or maybe his signature Junkrat; it was Torbjörn. A momentous moment for Torb mains and a horrific omen for everyone else.

While this isn’t the first-ever Torb pick in the Overwatch League, it is — as far as we can tell from scouring the stats and replays — the first attack Torb pick, and the distinction is pretty important.

Torbjörn is an engineer who can build a defensive turret and distribute armour packs to his team, fuelled by cogs dropped from dying heroes. His ultimate, Molten Core, powers up both his turret and himself, turning both into unstoppable machines for a short time. Torb naturally veers towards defensive play due to his zone-control, team support kit, but heaven knows that hasn’t stopped players from picking him on offence anyways.

As to Torbjörn’s role on the Houston Outlaws last night, the plan seemed simple: build a turret on top of the payload, drop an Orisa barrier in front of it to soak damage, and ride the cart of death to its endpoint. Teams often run a similar strategy on other maps, albeit with a Bastion. It’s affectionately called a “pirate ship” because of the way the whole team rides on the payload.

How did Jake and the Outlaws fare?

It kind of worked. The Outlaws got from point A to B, but it was more due to Jiri “Linkzr” Masalin’s Widowmaker play and the stellar Houston tank duo than any turret was. Once they reached the next point, Jake switched back to the more common Tracer pick.

Here’s a breakdown of Jake’s stats from his brief stint on Torb. 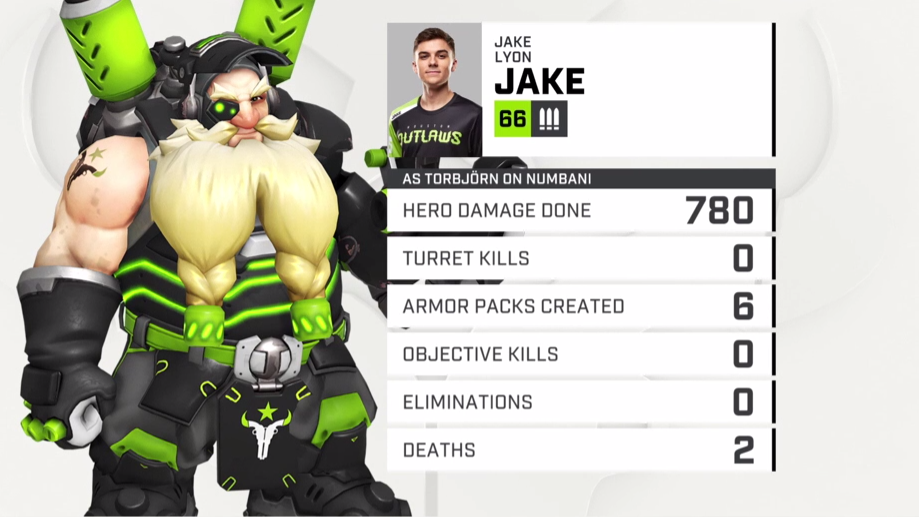 The idea was likely to build up a bunch of armour and surge through to the next payload stop, possibly forcing a team composition switch from the Gladiators. Then, if Jake had Molten Core by the time they reached the last leg of the push, pop that and sail on to through to the win.

Great in theory, but in execution, not so much. Looks like Torb is staying out of the meta on offence for the time being.