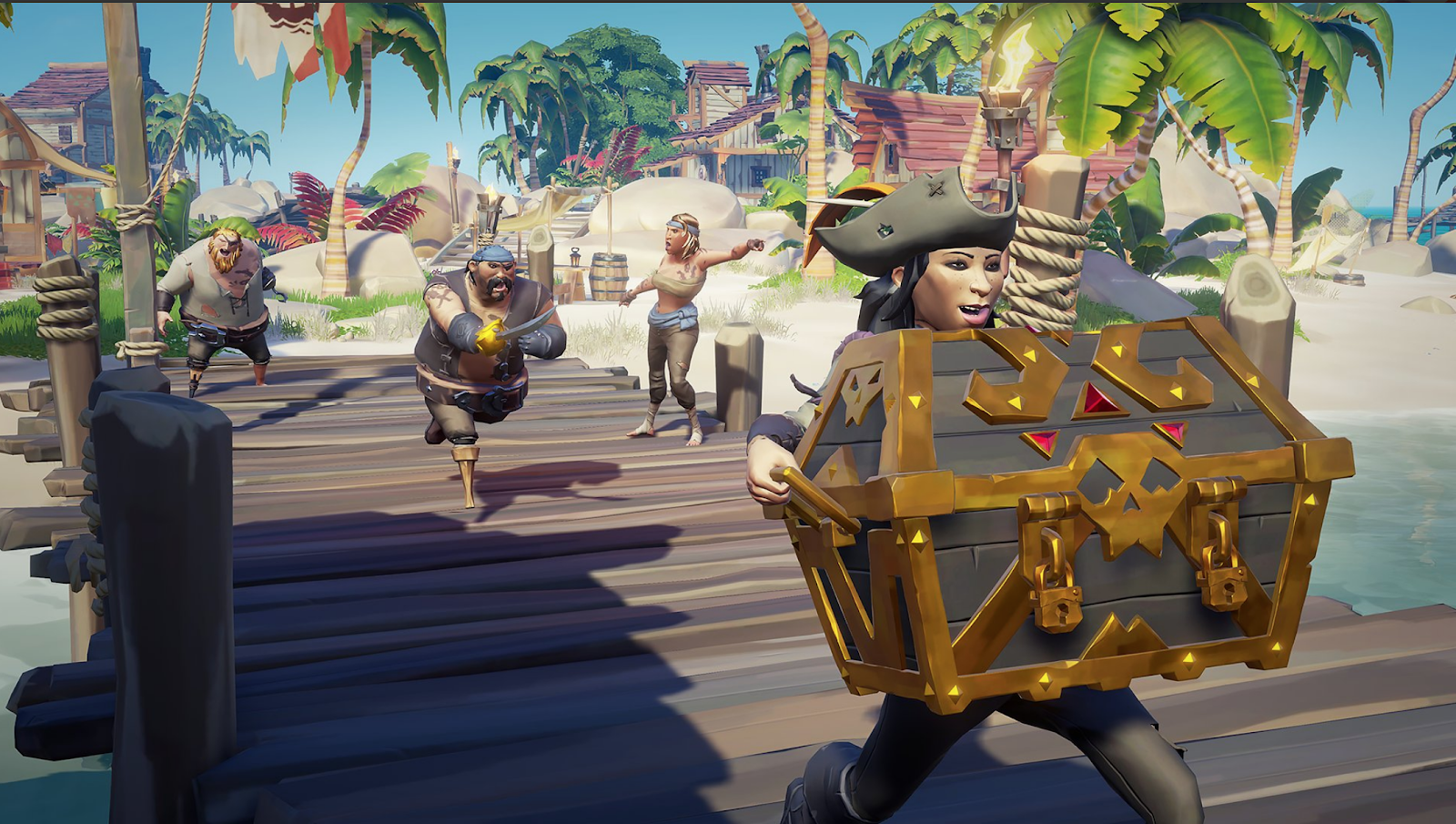 Finding a single treasure chest in the Xbox One pirate game Sea of Thieves can involve up to 30 minutes of sailing and riddle-solving. Sail longer, and players can stack their ship with loot. Some intrepid pirate crews are doing that, waging a treasure “arms” race as they cover their decks with hundreds of chests to see who can earn the most gold in a single journey.


These exploits are turning heads on Reddit, where a player crew was shown to have turned over two hundreds pieces of loot at a time. Here’s what that looks like: 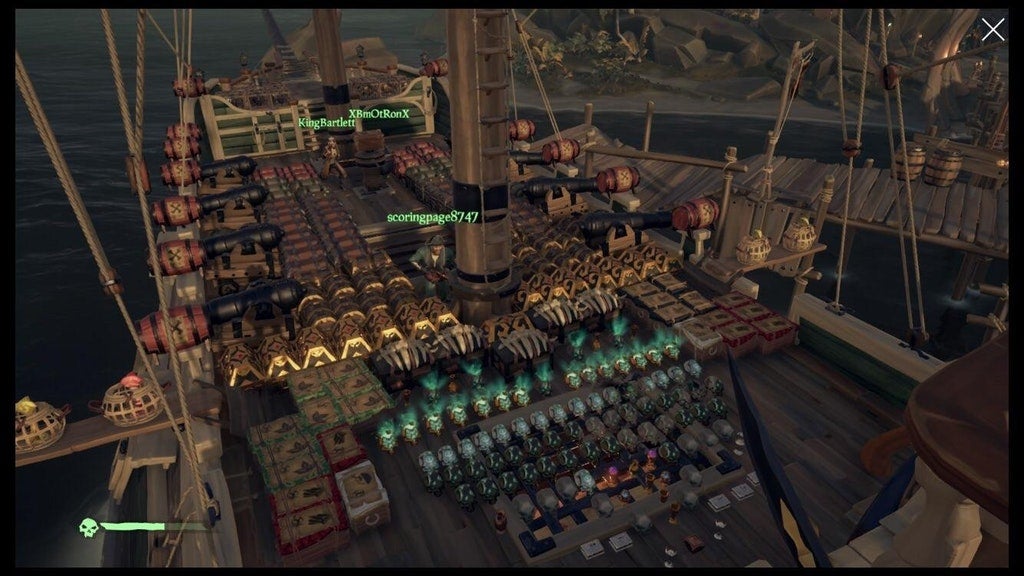 Reddit user BlueTrouble92 and their crew sailed for 16 hours to gather all of this loot. It is comprised of 77 cursed skulls, 88 treasure chests, 24 crates of tea and silk, 25 barrels of gunpowder, 17 chickens, and four snakes. That’s 257 different items of loot that they traded in for about 123,000 gold pieces.

It’s an astounding feat made all the most impressive by the fact that enemy pirates could have sunk their ship during their travels, leaving all that precious loot floating in the sea.

That was thought to be the record number of chest when BlueTrouble92 posted it to Reddit yesterday, but another user squashed that record by showing off an image of 262 items.

“You just scuttled [BlueTrouble92’s] hopes and dreams,” one poster said after the new haul was shared. For now, 262 pieces of loot appears to be the record for a single journey, and it looks as ridiculous as it sounds. 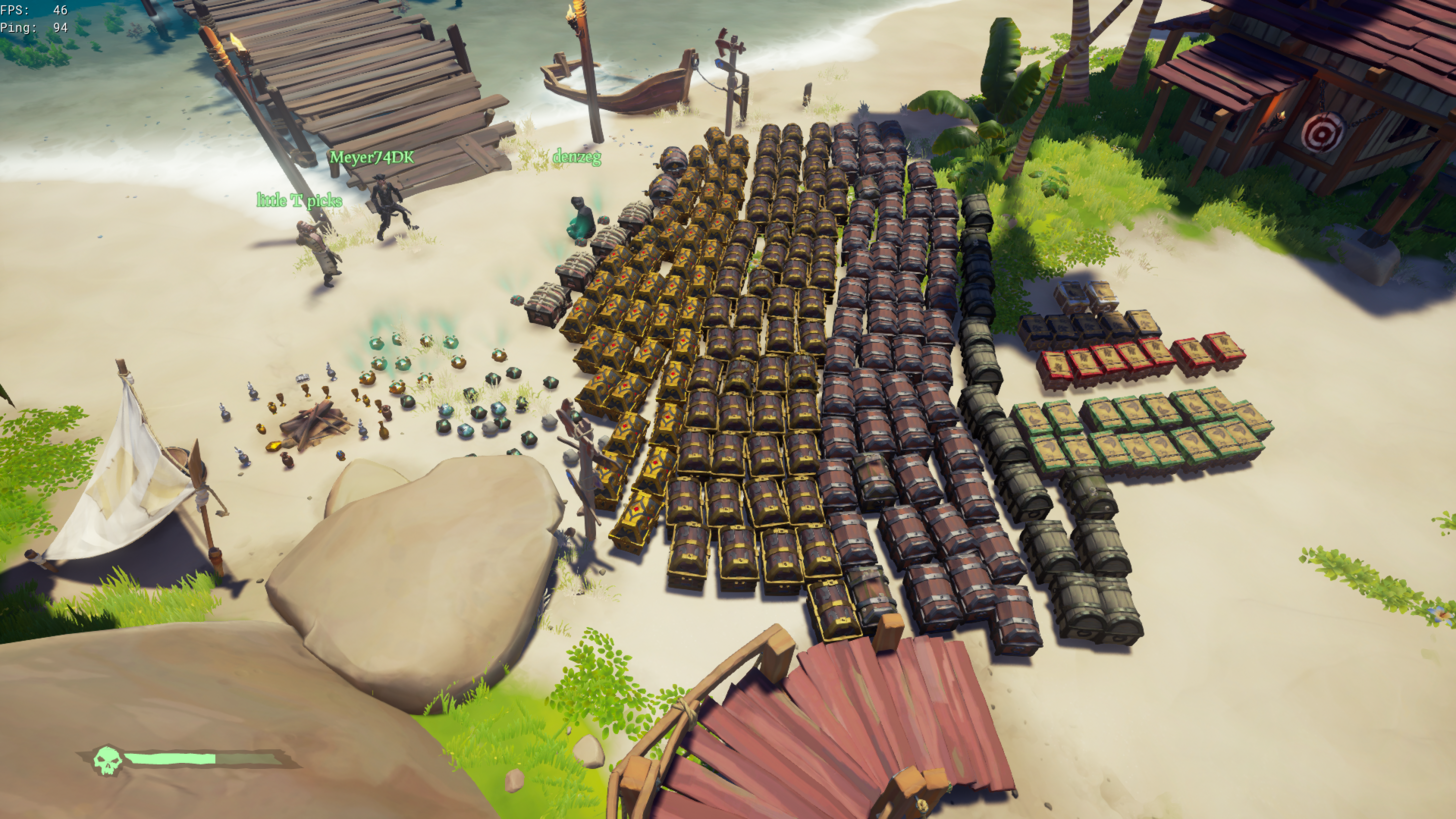 The hauls here are impressive and represent a lot of player effort. The most common way to find treasure in Sea of Thieves is to take on quests. The covetous Gold Hoarders send players to find buried treasure, while the Order of Souls tasks them with slaying undead pirates are returning their skeletons.

A solid journey in Sea of Thieves involves travelling to multiple islands to gather these treasures. If you’re lucky, you might find a few stray chests or items hidden around the world. Some of my personal best hauls have taken a few hours and resulted in 15 to 20 treasure chests.

Sea of Thieves players have been amassing giant fortunes since the game launched in March, most spectacularly when a network error allowed some to pull in a 198-treasure haul.

Loot-heavy ships also made it possible for Prod1gyx to become the game’s first pirate legend, as he controversially joined crews with boats full of loot to turn in for easy reputation points.

The war to achieve world records rages on, and I’m sure we’ll have new records soon. With the developers planning to bring more ships to the game, perhaps even some larger vessels, these hauls are going to get more and more absurd.