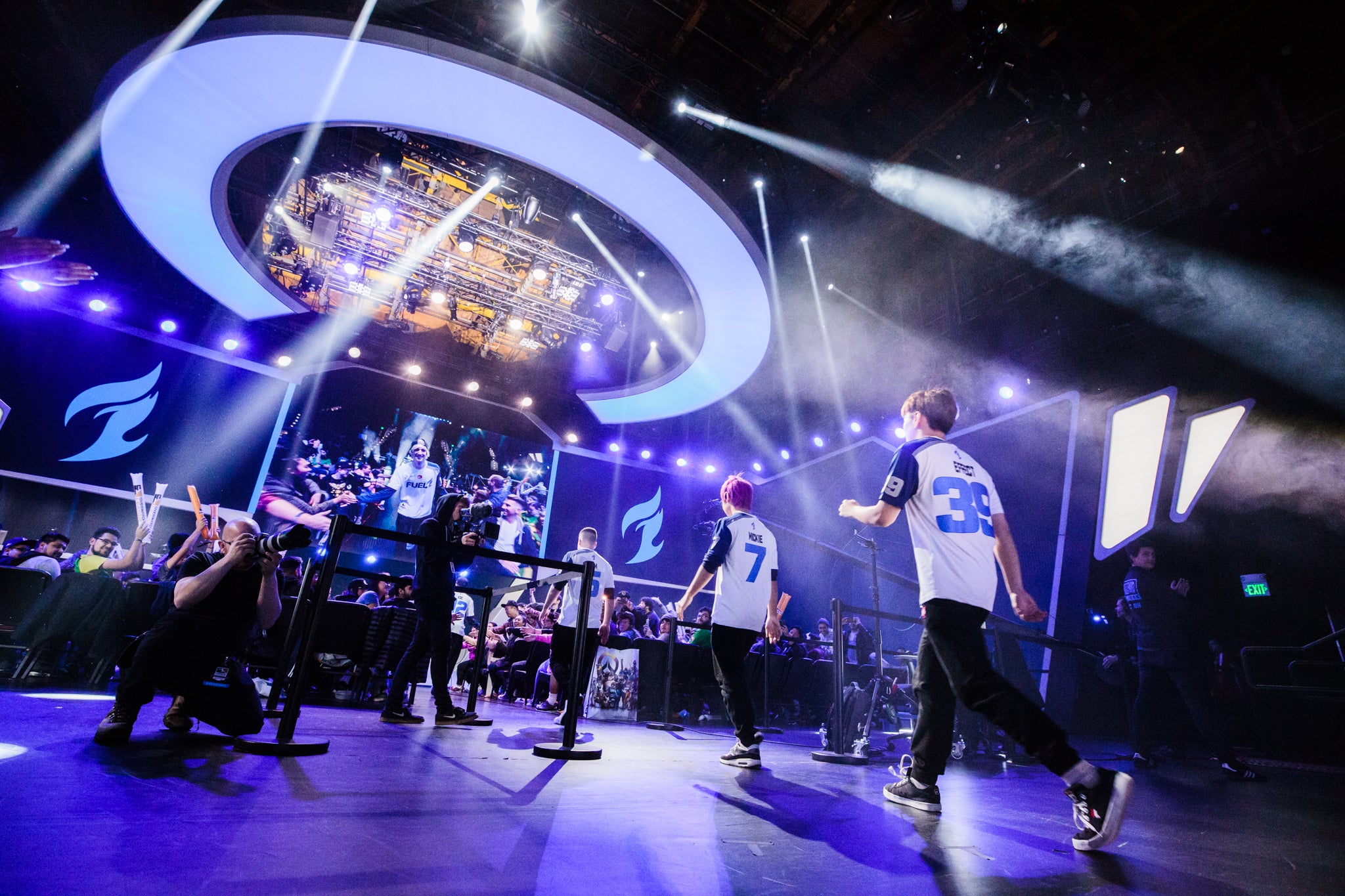 The Overwatch League's Dallas Fuel have released both their head coach Kyle "KyKy" Souder and star DPS player Dong-jun "Rascal" Kim. It's the latest in a long line of roster shifts and struggles for the team, which has underperformed for the past several weeks.

Their biggest issue initially was the suspension and subsequent firing of Félix "xQc" Lengyel, but the problems go way beyond just one player. The team has struggled with overall coordination and communication, leading OWL commentators to observe, "You can't pinpoint one player who needs to improve. It's the entire team that needs to come together."

Team owner Mike Rufail's ominous initial statement about the firings invited further speculation about who was really at fault:

While we recognise many of the challenges Kyle faced with the Dallas Fuel were beyond his control, there comes a time when change is necessary for the team to move forward and we felt that time is now.

One potential factor is that not all of the pros and staffers on Dallas Fuel speak the same language. We asked the Dallas Fuel about the team's language and cultural barriers, and their PR flack said: "With an internationally diverse roster, there are definitely hurdles that must be overcome in terms of communication. The Dallas Fuel has Violet on staff as a player manager and life coach; he has been with the team since the beginning of the season and has been working to help translate for the Fuel's Korean team members."

In the wake of these firings, the Fuel still plans to make some changes: "With the recent additions to the roster and planned addition of Vol'Jin to the coaching staff, the team is exploring adding another person or persons for translation and language learning support to the staff."

In an interview last month, Souder had said that Rascal's addition had not gone smoothly, citing the language and cultural barriers as stumbling blocks:

He wants to call strategies in game, but he can't really do it yet, because of his English. He can only say basic things and I think he's a very smart person and we're very lucky to have him. But at the same time, you can definitely notice the clash of culture.

Effect [Hyeon Hwang] was always the Korean that wanted to beat the Koreans, so integrating Effect was much easier than integrating a Korean who wants to impose Korean culture onto everyone else. It's hard for people to see from the outside, but it's actually been a real struggle.

I really enjoy having Rascal on the team, of course. He brings a lot to the team, but even the difference of culture between his culture and Mickie, who is also from Asia - it's like two different worlds. Korean culture is very hard to mix with other cultures. I think that's just been the biggest hardship overall."

Souder also made it sound as though he and Rascal didn't get along very well, saying that the team's other Genji player "was forced into [playing games] because Rascal decided that that week was not a good week for him to play. I didn't have much of a say in that. Rascal wasn't too happy with the improvements we were making that week, and it kind of just took a turn for the worst." We have reached out to Souder for further comment and have yet to hear back.

Communication issues had plagued the team before Rascal's signing on February 21; Hyeon "Effect" Hwang told Overwatch Wire on February 5 that "We definitely have problems with communicating. It can be stressful at times."

Team owner Mike Rufail referred to those issues in his explanation of Rascal's departure: "His commitment to the team did not meet our expectations, and his unwillingness to communicate with the team while playing in recent matches became a large distraction."

Former Dallas tank Félix "xQc" Lengyel opened up about his old team's issues on his Twitch channel yesterday. He said that he liked Souder's coaching but that problems arose when players weren't allowed to weigh in on starting rosters, and also, the pros had no idea when new players would show up:

Players don't have much say as a whole. I wish this could change. Basically, when new players were coming in, we had no idea… Rascal, for us, was out of the blue. And he was, you know, he was an expensive piece of hardware to our machine… It was just like: "We bought a piece for the machine, and the machine's gonna run faster." I don't agree with that, fully.

He also described Rascal as similar to himself, saying they were both "aggressive", and elaborating: "When Rascal gets upset about something, he fucking baby rages, dude." According to xQc, he and Rascal had agreed that it was a bad thing that players were signed with no warning, without "tryouts" to determine if they could fit in with the rest of Dallas Fuel.

xQc concluded the stream by complaining about his own firing, saying that he didn't want a "free pass", but that he wished the Overwatch League had hired someone to "monitor the community, monitor what people do". He claimed that no one had warned him about his behaviour:

Yeah, I'm fucking crazy. I'm fucking stupid. I do stupid shit. Some of it is thought out. Some of it is just ignorance. But some of these patterns are easily - we can see them in advance. Obviously. Trihard 7? OK. I've said it a billion times. But like: "Hey dude, listen man. This could happen - this pattern, we don't like it. Just stop it." A DM, a fucking DM. I would have stopped.

xQc had received warnings in the sense that he had been previously reprimanded, fined and benched for several other offenses. Furthermore, his firing wasn't simply because of the Trihard emote and its racist implications, but also because he called one of the OWL commentators "cancer", and before that, told a gay opponent to "Suck a fat cock. I mean, you would like it."

Somehow, xQc remains on good terms with some members of the Dallas Fuel, past and present. At the end of the stream, Dallas Fuel player Timo "Taimou" Kettunen (who was fined $US1000 [$1287] for calling another player a "fucking faggot" on a stream in January) and the now-fired coach Kyle Souder rang xQc's doorbell to hang out with him.