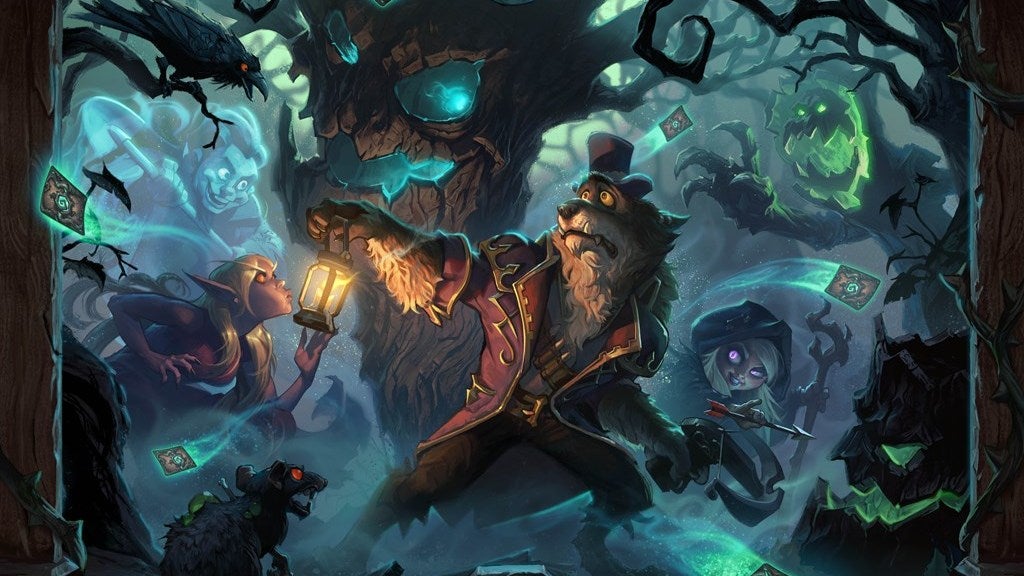 Now that all the cards from Hearthstone‘s Witchwood expansion have been revealed, most streamers and analysts are doing their best to rate cards and theorycraft about the upcoming meta. Well, dear reader, we’ve been through this enough times to know that once the expansion drops tomorrow, everyone will prove to be slightly wrong in their own unique ways. So I figure, instead of trying to read the tea leaves of what might happen, why not take a moment to savour the distinctive flavours of what we’ve already been shown?


When The Witchwood drops tomorrow, three expansions’ worth of cards will no longer be available for use in the game’s Standard mode of competitive play. All cards can still be used in Wild mode, but this means that the power level of Standard mode will drop considerably. So in a lot of ways, The Witchwood represents a sort of power reset for Hearthstone.

The central card mechanics that have been introduced in Witchwood seem to lack the apparent power of the ones released with the previous Kobolds and Catacombs set. But all is not lost. Not only does the set introduce a ton of mechanics that test players’ deck-building skills and creativity, it’s also packed with flavour I haven’t seen from a Hearthstone set in, well, maybe ever.

When I say “flavour”, I’m referring to the designs of the cards’ mechanics and also the artistic theme that gives each card some sense of belonging in the Hearthstone universe. Aside from the metagame and the game’s competitive aspect, it’s this thematic charisma that makes Hearthstone a fun game to follow and explore. Here are a few of my favourite cards from the upcoming set. 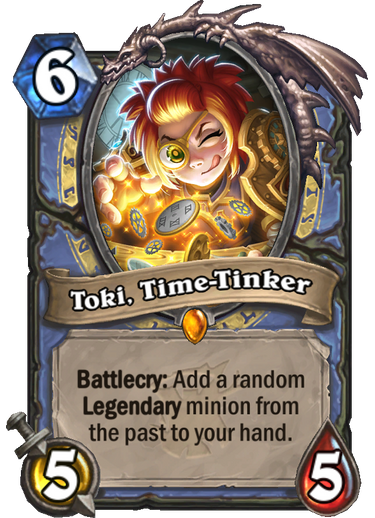 If something costs six mana to summon, you generally at least want it to boast at least 6/6 in stats. So a six-mana 5/5 better have a damn good effect. Toki, Time Tinker… does not have a damn good effect. But it does have a damn cool one: It adds a Legendary card from the game’s now-unavailable Wild mode to your hand that could be absolute crap on its own (Patches, the Pirate) or totally game-breaking (Brann Bronzebeard). Since this card gives you tools that have been banned from Standard play, there’s basically no cap for the absurdity it might allow. 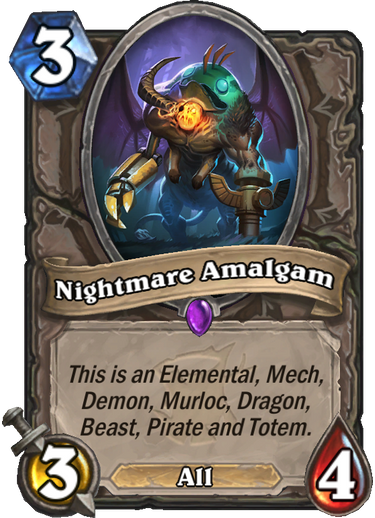 Alright, so honestly, this card seems bad. It’s a three-mana minion with three attack and four health, which is pretty average, and on top of that, it dies to cards such as Hungry Crab and Dragonslayer that kill certain types of minions. But that art! The potential for synergy in Beast decks, Dragon Decks or Pirate decks! The idea of an unspeakably horrific abomination creature! That tag at the bottom that reads “All” and has never been seen in the game so far! This card might not be a meta-changer, but in its own way, it’s definitely a game-changer. 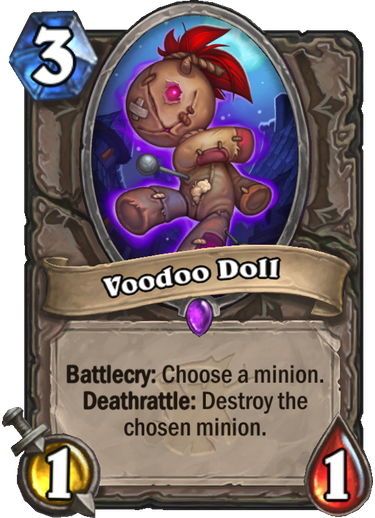 When you play Voodoo Doll, you select a minion on the board and mark it for death. When Voodoo Doll dies, the selected minion dies with it. Just like a real life Voodoo Doll.

I may have said earlier that the Witchwood expansion doesn’t look that strong, but Lord Godfrey, which deals two damage to all minions on the board and re-triggers if something dies, is one the set’s most powerful standouts. On top of that, it has one of the sweetest entrance animations Hearthstone has ever seen.

Who has two guns and doesn't like your board?
➡️ https://t.co/61QSDGgmBd pic.twitter.com/6GJCQON5EA

We’ve seen cards like Chameleos before, which transform on a turn-by-turn basis into random weapons (Molten Blade), random minions (Shifter Xerus) or random spells (Shifting Scroll). Even among those, Chameleos is particularly cool because it transforms into a random card from the enemy’s hand. Not only does it provide information about the enemy deck, but it’s also a flexible card that, at some point, will probably take the form of something quite strong. 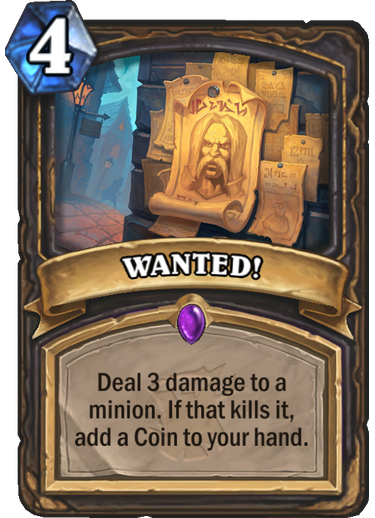 Bounty hunting, as a thing that people do, is dope at a conceptual level. Spike from Cowboy Bebop did it. Dog the Bounty Hunter did it. Boba Fett did it. Now you get to do it in Hearthstone, and yeah, while paying four mana to deal three damage isn’t great (compare to six damage the Mage spell Fireball does), the fact that you get a Coin in return for killing a minion is some grade-A Guy Fieri-level flavour. 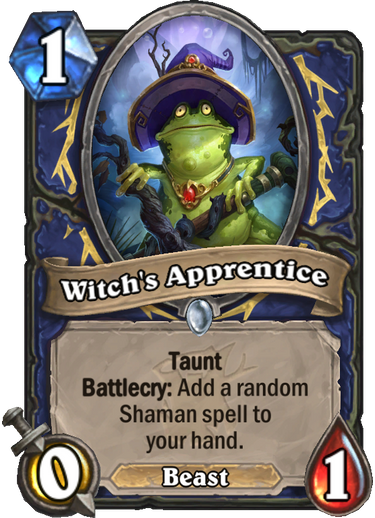 I just think this is some of the cutest art Hearthstone has ever seen. Debate in the comments below.