After playing through Destiny 2‘s campaign and conquering the player versus player gauntlet Trials of the Nine, I thought I was done with the game.

The release of the Warmind DLC has given me a reason to return, and I’m finding it incredibly awkward to be a powerful Guardian who doesn’t remember game basics like how to change her subclass.

Destiny‘s world has always been an amazing mix of the epic and mundane. The story missions involve battling ancient worm gods and teaming up with time-travelling space wizards, but most of the time you’re just grinding public events for coins to hand over to Devrim Kay.

That push and pull has always been fascinating, even if the game’s never held my attention for too long. I stopped playing Destiny after The Dark Below and didn’t even touch Destiny 2‘s first expansion Curse of Osiris. This weekend, I gave it another go, but I can’t remember how anything works. 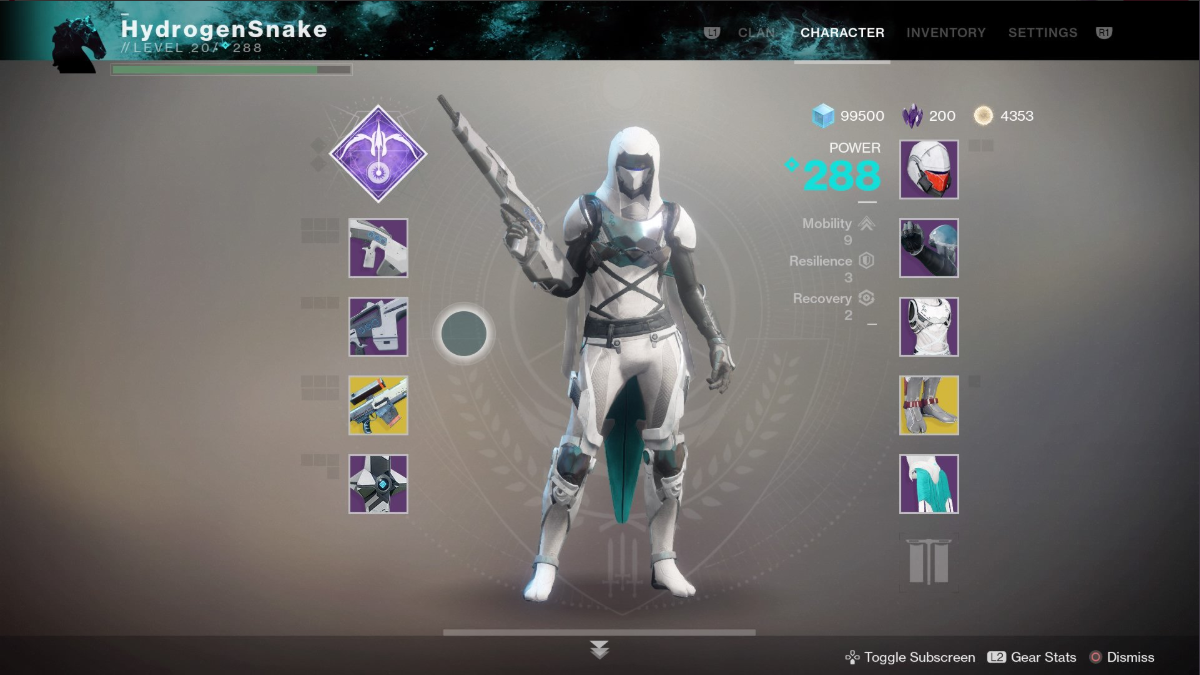 This is me at the start of the DLC. I’ve since grinded up to 338 power and masterwork’d my Borealis.

It’s a very strange feeling to go from a competent player to an absolute newbie, doubly so when DLC expands a game enough that you’re no longer on the higher end of the power curve.

I found myself stumbling through weekly quests, completely unsure of how to infuse my weapons and armour so that I could upgrade my power ranking and take on new activities.

In one case, I completely disassembled one of my favourite shotguns. The image was comical: a hunter returning from extended holiday juggling their gun until it was nothing but scrapped parts. A deadly warrior pulling out their phone to ask what all these gosh darn Masterwork weapons were.

I’m one of the strongest Guardians ever, and I can barely queue up for a strike mission without consulting a wiki.

Destiny 2’s most important interactions take place within multiple layers of menus that felt foreign upon my return. If you want to infuse a weapon, you need to hover over it, look at it in detail, remember which little box is the infusion option, and then disassemble the spare weapon you’re using to upgrade it.

I found myself falling into a strange ritual even though I’m certain it has to do with how the first game worked rather than the second. When I decrypted an engram, I made sure to equip my best armour and weapons so that my Power level was as high as possible. I’m pretty sure that you don’t need to do this, but I did it anyway because it’s something I vaguely remember doing before.

I couldn’t remember where to turn in my Nessus coins after completing events and don’t recall anything about competitive Crucible seasons. Were they even a thing when I was first playing? I have no idea.

The game’s grown and tossed in so many little tweaks that everything feels new, even if it might not actually be.

Still, I’ve really enjoyed returning. Two DLCs’ worth of missions and new gear meant that there was plenty of ground to cover. I completed Curse of Osiris, enjoying its trippy scenery and massive final battle. I found a masterwork catalyst for my favourite legendary sniper rifle and hunted hundreds of enemies in a quest to upgrade it.

All the while, I listened to my favourite podcasts and slowly remembered how to play Destiny. In spite of the confusion, it’s one of the most relaxing gaming experiences I’ve had in a long time.

I don’t know how long I’ll stick with Destiny 2 after I finish the next round of DLC missions. Most of my friends have moved on to the PC version, leaving me alone on the PlayStation 4.

I’ll probably play until I’m comfortable, try another Trials run, and walk away. For now, there’s something really fun about relearning a game. I felt like an idiot from time to time, but I’m happy idiot.