Playing Overcooked Can Tear People Apart And Thankfully, Bring Them Together

Overcooked is a co-op game that brings together up to four friends, family members and/or foes to cook, prep and serve a myriad of delicious meals against the clock. When I bought it, I did not fathom that it could potentially ruin all of my relationships by forcing us to work together. And so I tried to beat the game with, of all people, my younger brother.

In July 2017, I bought Overcooked: Special Edition for the Nintendo Switch. My 19-year-old brother and I played it at home in my bedroom, where the household’s Switch was set up.

We were stuck on level 5-4. That level features platforms that rise and fall from lava as players try to swiftly manage a stream of burrito orders. I was sick of this level.

When I turned on the Switch to play Overcooked, I was no longer charmed by its main theme song. Rather, as the harmonica cooly chimed to set the scene, I felt uneasiness developing in my stomach about what was to come. 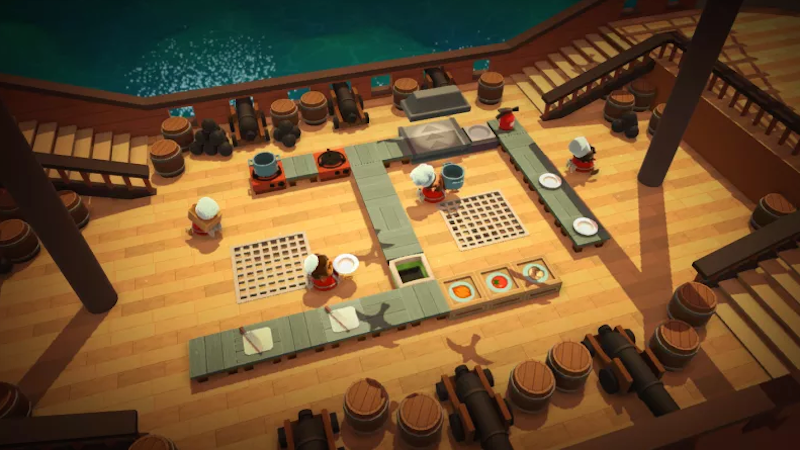 My brother and I don’t usually play co-op games together. We had different tastes in games even before university. He often indulged in shooting games such as Battlefield while I passed time selling fruit to furry merchants in Animal Crossing: New Leaf. We also haven’t been around each other as much, thanks to more need to focus on work or school.

Earlier this week, we recalled only one instance in which we technically did play cooperatively – a match of Call of Duty: Zombies, during which I was more of a sideshow of insta-death entertainment for my brother and our cousins rather than a useful team member.

Overcooked would be a brand new experience for us. Was it possible for two stubborn and hot-headed siblings to work together in impossible working conditions as a seemingly endless number of orders were thrown in our direction? 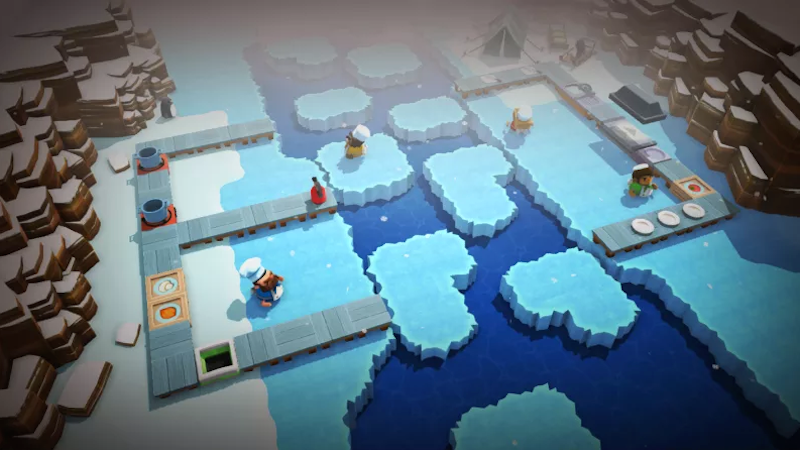 Early in the game, we would laugh at our mistakes. One of us would slip off a glacier while carrying a complete dish or unintentionally push the other into boiling lava. After a few sessions of just missing a perfect three-star rating, those mistakes turned from humorous to annoying.

“What are you doing?” my younger brother would ask me, sharply, 10 seconds before the timer ran out.

“What am I doing?” I would respond, as the tension rose. “How about you? Why aren’t you completing the dish the way that I told you to do it?”

As our bickering continued, we got further from reaching the desired mark. We eventually played the game in silence to keep ourselves from going at each other’s throats. Finally, following another failed session, one of us would admit defeat. We would walk away from the Switch and wouldn’t speak to each other for the rest of the day. A few days after we failed at level 5-4 of the campaign, my brother wandered into my room and prodded me to give that level on Overcooked another go. Before starting we sat down and strategised. The friction previously between us transformed into determination to beat this level.

We tried and tried. Each time we barely missed three stars, we re-grouped and determined how we could switch our strategy in the next session. We considered switching in-game jobs or focusing more on other responsibilities such as cleaning dishes.

When my brother and I sent in the final dish and watched as the three stars finally emerged onto the monitor, we let out sighs of relief.

After we surpassed level 5-4, we went on to beat the remaining levels of Overcooked‘s campaign and save the Onion Kingdom from the final boss, The Ever Peckish.

I recently asked my brother why he bothered to play Overcooked with me. Now that he’s attending university, he doesn’t even have time for games that he used to spend hours playing. So why make time for this goofy yet frustrating game?

He admitted that it was not the type of thing he would typically play, but he said that Overcooked is interesting because the only way to progress in the game is to communicate.

Almost a year has passed since I purchased Overcooked. While my brother and I don’t play this game together as much as we would like to, we both agree that it is a game that siblings of all ages should attempt together because it encourages both communication and conflict.

If you’re looking for a game that will test the relationship between you and your sibling(s), Overcooked is definitely the game you should be sitting down and playing with them, right now.