Hidden under Splatoon 2‘s fresh gear and multiplayer madness is an outrageous backstory. Nintendo has done a fantastic job of releasing free content for the games’ online offerings, but their newest DLC is all about the single player struggle and adding some ridiculous plot twists to the colourful franchise.

The original Splatoon used its hidden Sunken Scrolls to help dedicated players piece together the Inklings’ sordid past. Analysing all of the scrolls led to some interesting (and disturbing) conclusions. The most important of which being: 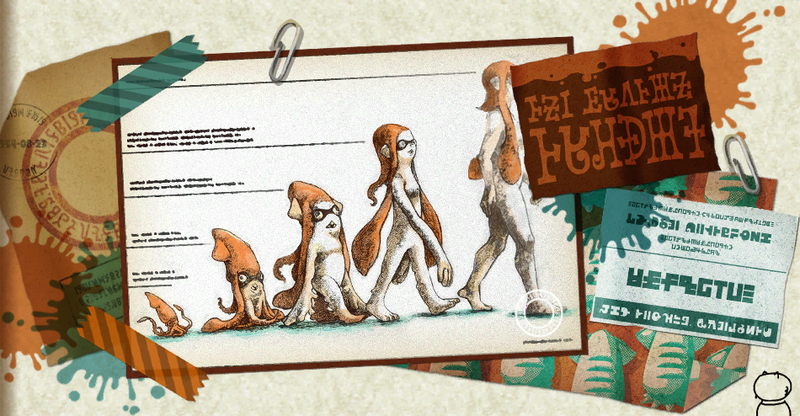 'With the creatures of the surface driven to extinction by rising sea levels, the ancestors of the Inklings were free to haul their ten-legged bodies up onto the abandoned land. This is how the Mollusc Era began.'

The Sunken Scrolls returned in Splatoon 2’s single player mode, but didn’t give players any more history regarding the demise of mankind or the beef between the Inkling and Octarian factions.

The single player storyline was also almost identical to the first game, and didn’t establish any kind of new enemy or setting. A bit disappointing, considering all the weird directions the game’s creators could have taken the story.

As it turns out, they were saving most of the weirdness for Splatoon 2‘s first paid DLC.

The Octo Expansion is the first time the Splatoon series has allowed players to control the Inklings’ mortal enemy.

The story begins with an Octarian teen, often referred to as an “octoling”, waking up deep underground without a clue as to who it is or how it got there. The octoling soon teams up with opposition leader Captain Cuttlefish (a feisty old-timer from the first game’s story) to try and find a way back to the surface. 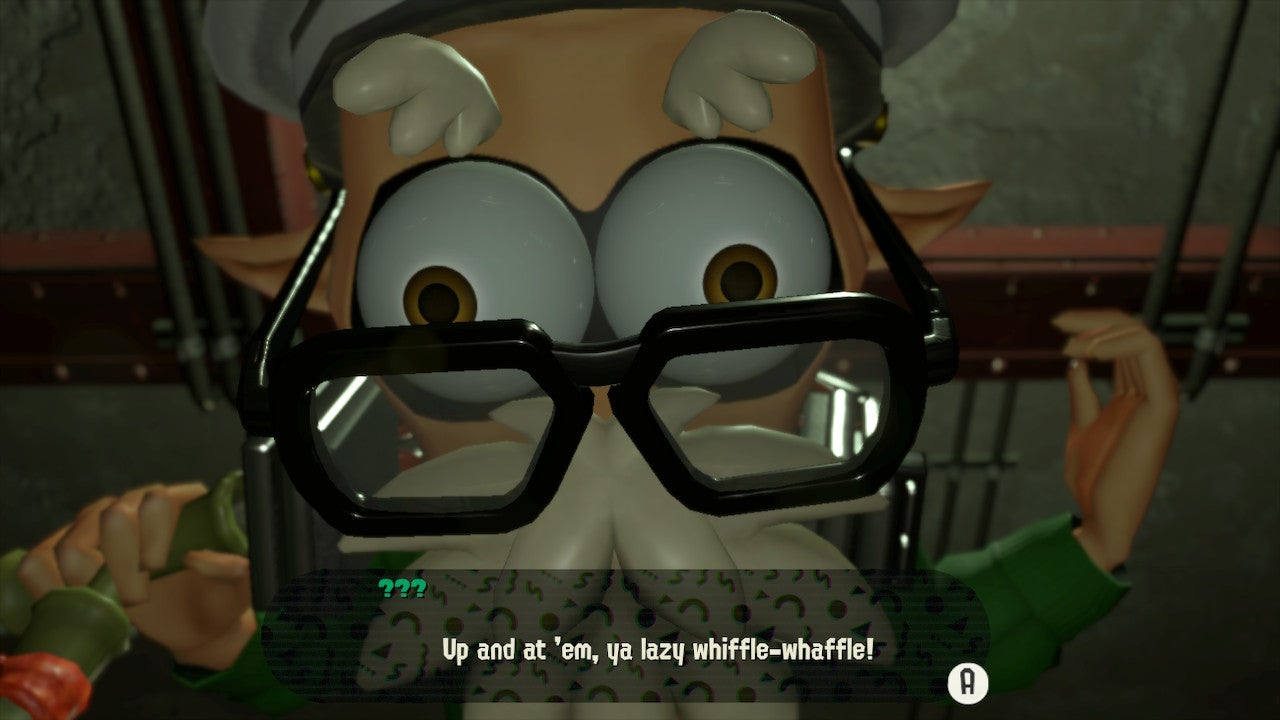 Before devising such a feat, Cuttlefish and your octoling character are introduced to a overly-enthusiastic telephone found in an underground train station. The mysterious phone speaks of “the promise land”, claiming that if the octoling (now known as Agent 8) wants to be free, they’ll have to locate four holy relics. 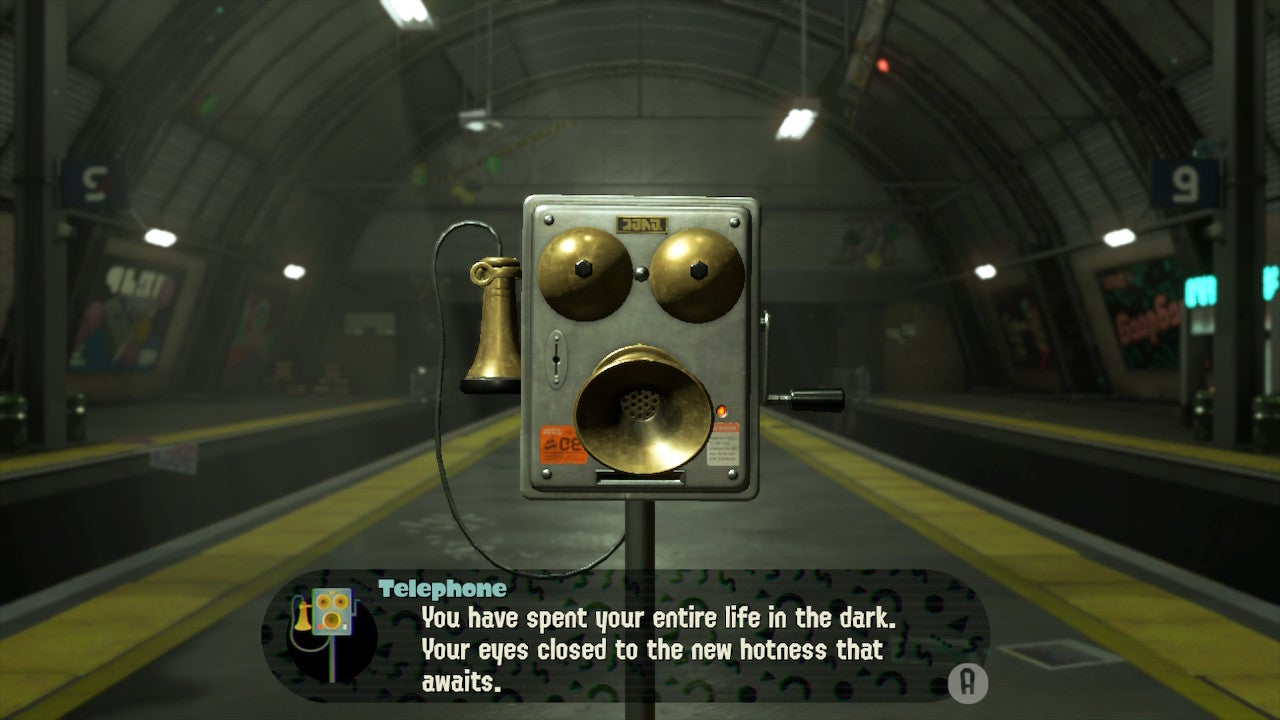 It all has a very creepy cult vibe, and it’s immediately apparent that this phone is going to play some kind of devious role in the fate of Agent 8’s story.

With this knowledge, Cuttlefish and Agent 8 hop on the nearest train and head off to different stations in search of the relics, humorously dubbed “The Four Thangs”.

This is the bulk of Octo Expansion’s content, and consists of 80 individual challenges. Each victory leads players further down a train line and nets them an adorable “mem cake” for their troubles.

The challenges can be pretty intense, but it isn’t necessary to complete them all to find the relics you’re after.

Upon acquiring a thang or two it becomes quite obvious that something is amiss. 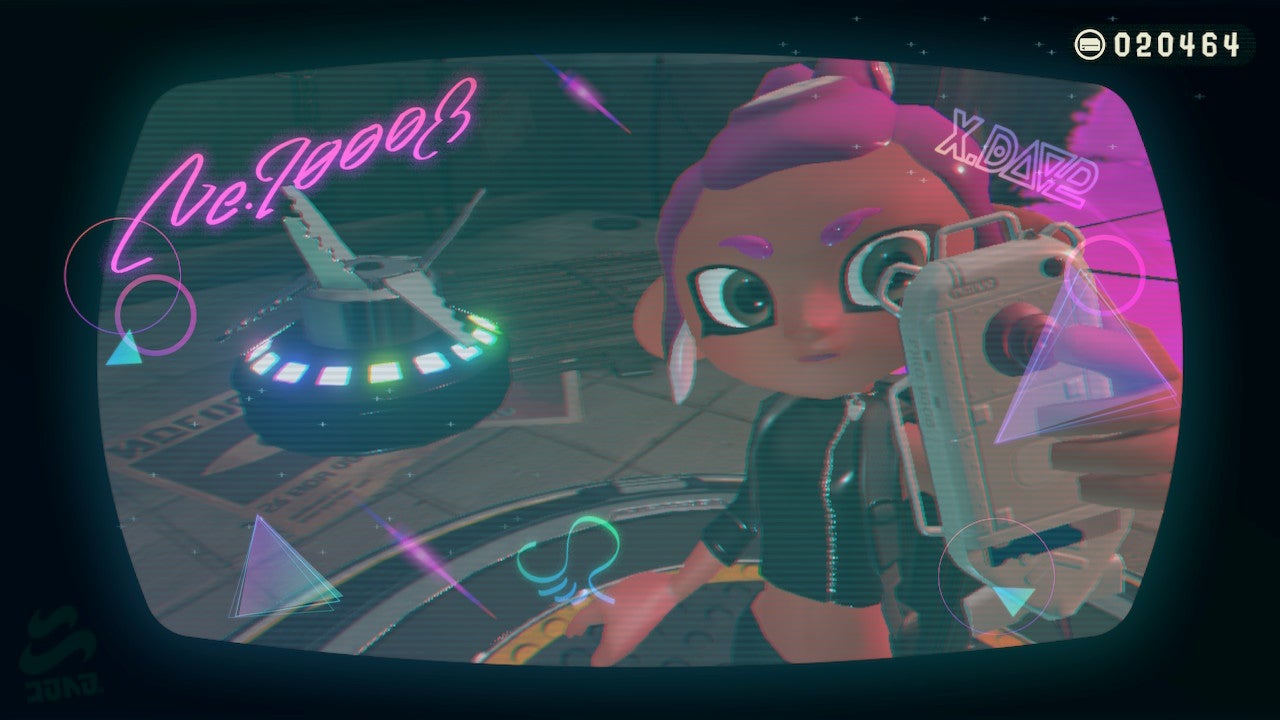 Once all four thangs have been reunited, Mr Murder Phone will ask if the player is “ready to ascend to a higher plane of existence” and if they are “willing to become something greater than [themselves]”.

At which point, as predicted, he attempts to blend Agent 8 and Captain Cuttlefish into a fine purée.

Luckily, Agent 3 (who has been missing since the events of the first game) bursts through the ceiling just in time to destroy the blender and foil that nasty phone.

What ensues is basically a race to the surface through various Octarian facilities and beyond a battle with a now-brainwashed Agent 3.

And at this point in the Octo Expansion storyline, we can finally answer that age old inquiry. 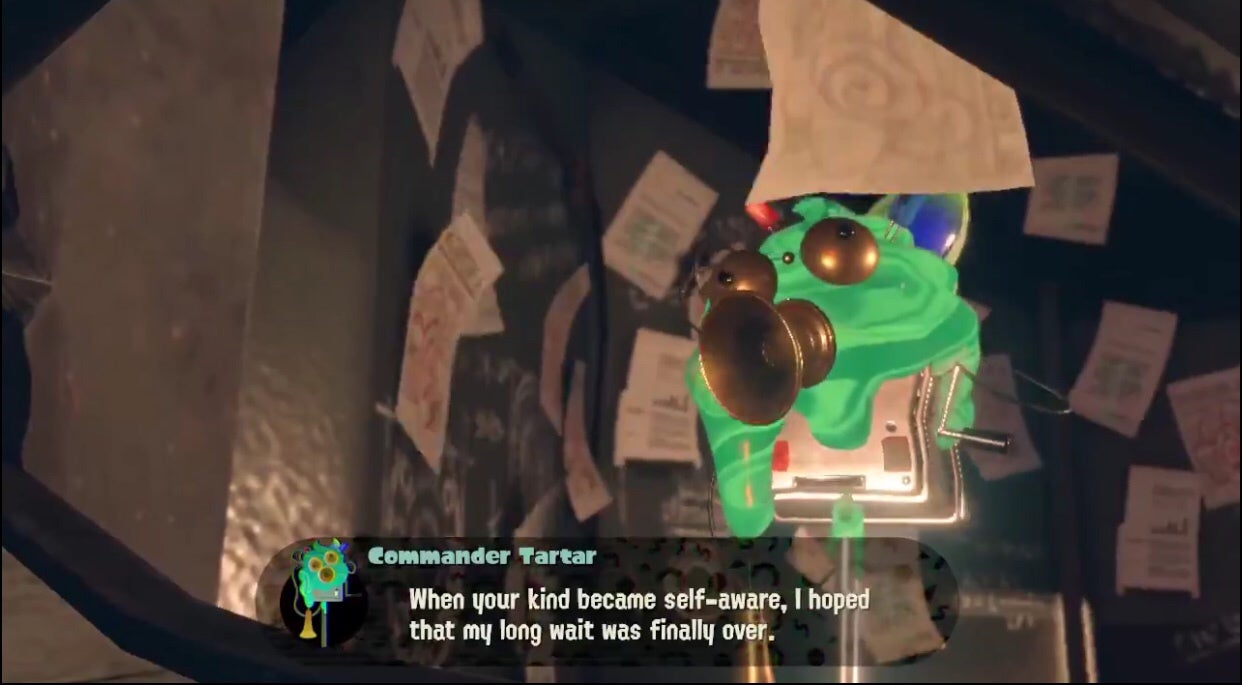 Someone needs a napkin

Turns out phone was Commander Tartar. An ancient form of AI programed 12,000 years ago by *drum roll* a human professor.

This well-intentioned machine was built to pass on all of mankind’s greatest knowledge to a worthy successor. Unfortunately, the Inklings and the Octarians just aren’t cutting it.

It’s for this reason the Commander has devised a plan to create some new and improved primordial ooze from the DNA of the best and brightest squids, kids and other sea life.

Since most self-aware lifeforms aren’t too keen on having their genetics extracted, Tartar feels it would easier if they were simply wiped out.

And wouldn’t you know it, ol’ foamy phone just so happens to have a giant solar-powered humanoid statue head armed with a deadly laser. You know, so he can destroy the unworthy society that is Inkopolis. 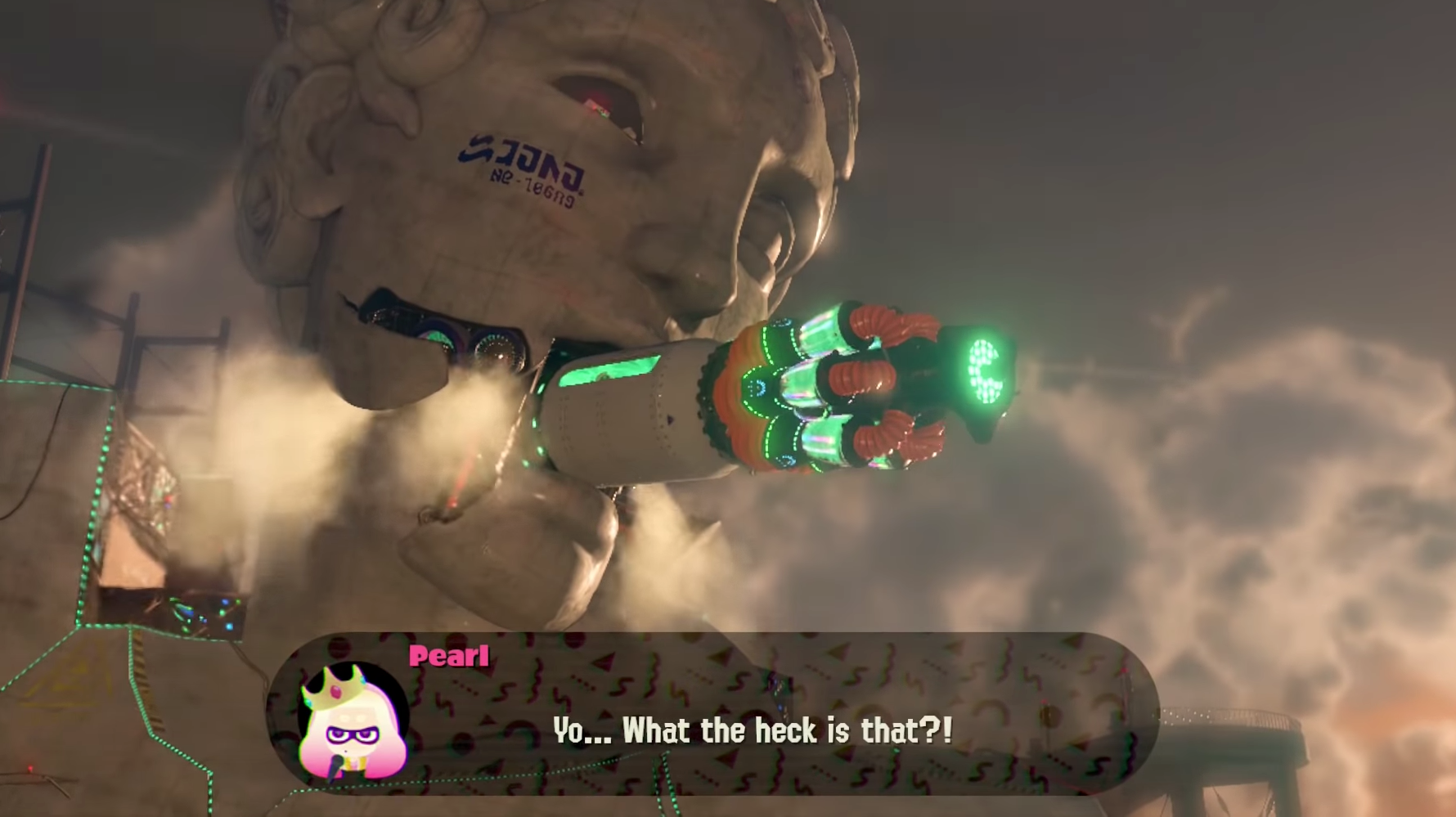 Let’s just stop and appreciate how devastatingly dark and twisted the storyline of this E10+ Nintendo game has become.

The main villain is a genocidal robot, created by a seemingly well-meaning human, who is hellbent on obliterating an entire city he has deemed unfit for existence.

The fact that he tried to chop up the main character into little bits so he could harvest their DNA was also a tad much.

There’s no doubt Commander Tartar deserves a spot near the top of gaming’s most hardcore villains. The fact that he comes from such a vibrant and lighthearted game just makes his barbaric and over-the-top plot that much more sinister. 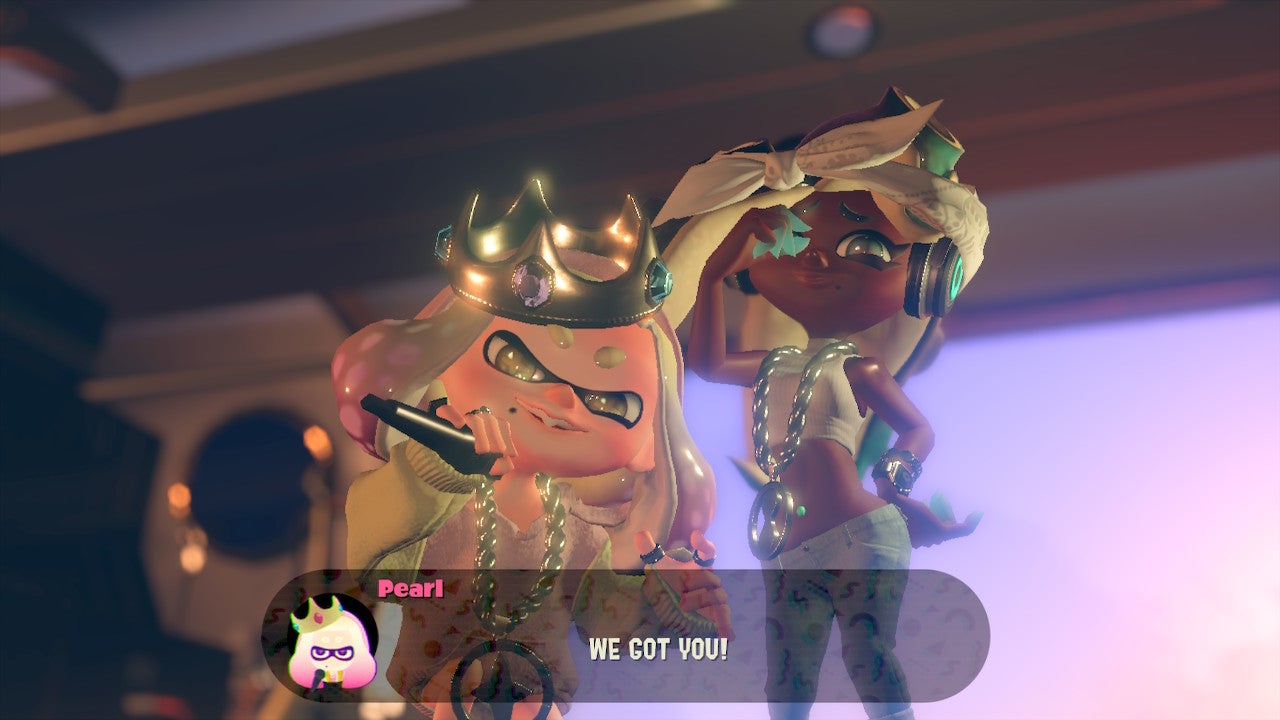 Of course, with help from the idol duo Pearl and Marina, players can thwart Commander Tartar’s enormous laser cannon and save the day. All they have to do is cover the entire statue in a layer of sun-blocking paint before it has time to charge.

And if they don’t… well… 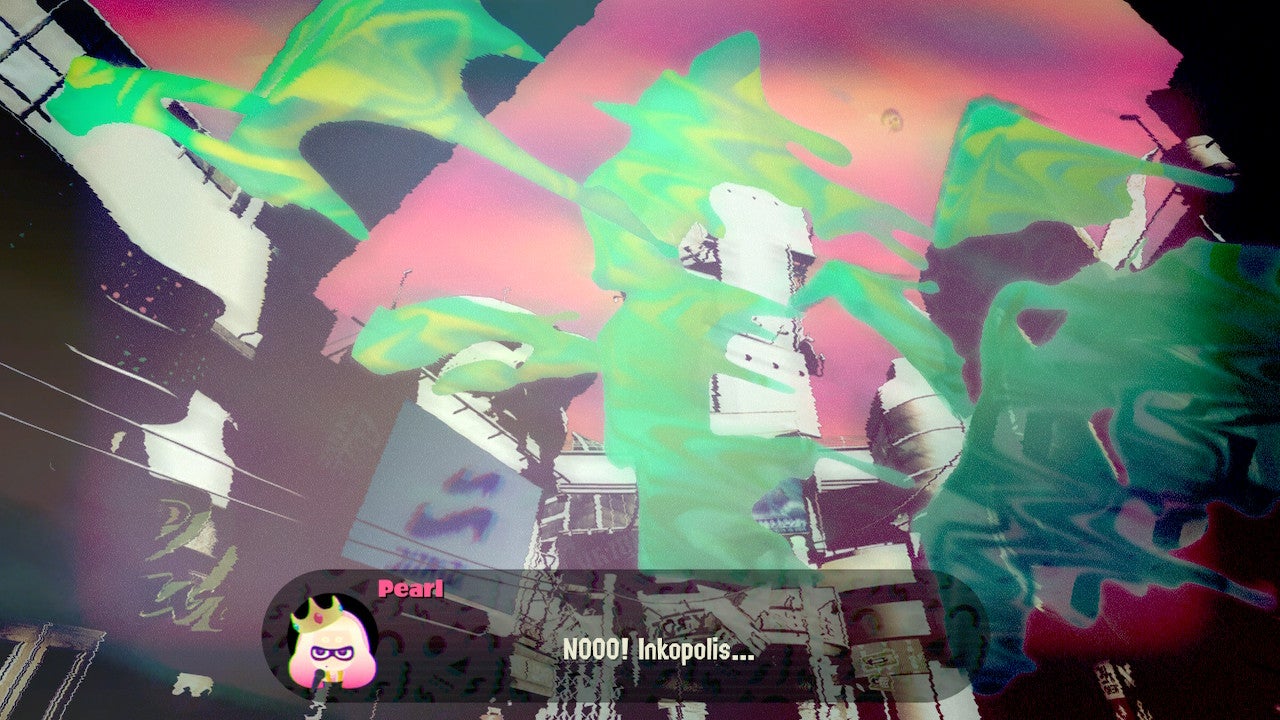 I can’t wait for Splatoon 3.