Gris is a good-looking indie game that had no trouble hitting a Kickstarter funding goal and grabbing the attention of Devolver Digital just a few months after sending snippets of art and gameplay footage out onto social media. Now it’s headed to Switch and PC before the end of the year.

Recently I had the chance to play it, and it’s an experience that was equal parts chill and chilling. It charts the journey of a woman exploring an abstract world where her struggle to cope with a mysterious tragedy manifests itself in surreal ways. It left me optimistic the underlying game will be able to measure up to its dizzyingly elegant presentation.

“Gris” is Spanish for “grey,” and its makers, Nomada Studio in Barcelona, originally came together out of a desire to make something that transcended the barrier between art and games by telling a subtle story through abilities like gliding, double-jumps, and transforming into a stone block whose colours interact with the faded environment to open up new paths.

Gris is also the name of the game’s protagonist, who looks and moves like draped fabric brought to life. As she collects new means of traversal she’s able to solve more complex platforming puzzles and delve deeper into an Alice and Wonderland-like reality. When my demo finished I’d felt like I’d woken up from a dream I was desperate to get back to. I played Gris at the Foley Gallery on New York City’s Lower East Side. The walls were hung with dozens of prints of the game’s gorgeous art, and a few TVs were set up to demo the game. If not for the mild, melting glow of the LCD screens it would have been hard to tell the prints and the game apart. The game’s pale watercolors and shapely lines move and shimmer less like a video game and more like an interactive animated film.

The vignettes I played, plucked from their natural ordering and contexts within the three or so hour game, consisted of linear puzzles whose straightforwardness was offset by the lush detail with which each new scene unfolded. One of the game’s co-creators, Roger Mendoza, compared Gris to Journey but with the personal, evocative art of Cuphead.

In practice it felt more like Playdead’s Limbo if you subtracted death from the equation and made overcoming obstacles breezier and less punishing. Progressing in Gris felt like trying a handful of different keys on a door until one of them eventually worked.

Mendoza was adamant that the team wants Gris to be a serene experience where people feel engaged but never frustrated. Sit, wait, think for a short while and the solution will more likely than not present itself, encouraging a feeling of curiosity rather than bewilderment. Like an art exhibit, the point is to experience the whole rather than be trapped by any one of the parts.

You can’t die in Gris, but obstacles you encounter like the crow here act like mini-bosses adding another layer to puzzle solving in certain sections. (Gif: Nomad Studios, Gris)

The game owes its art style to illustrator Conrad Roset who, working with a team of other artists, has managed to create a side-scrolling world as evocative as any of his 2D prints. A good portion of the last two years has been spent fine tuning the process by which his stark, intimate, and kaleidoscopically coloured renderings of could be rebuilt using the programmatic language of games.

“It’s a long chain to get there, especially with the main character, but I think it pays off.” 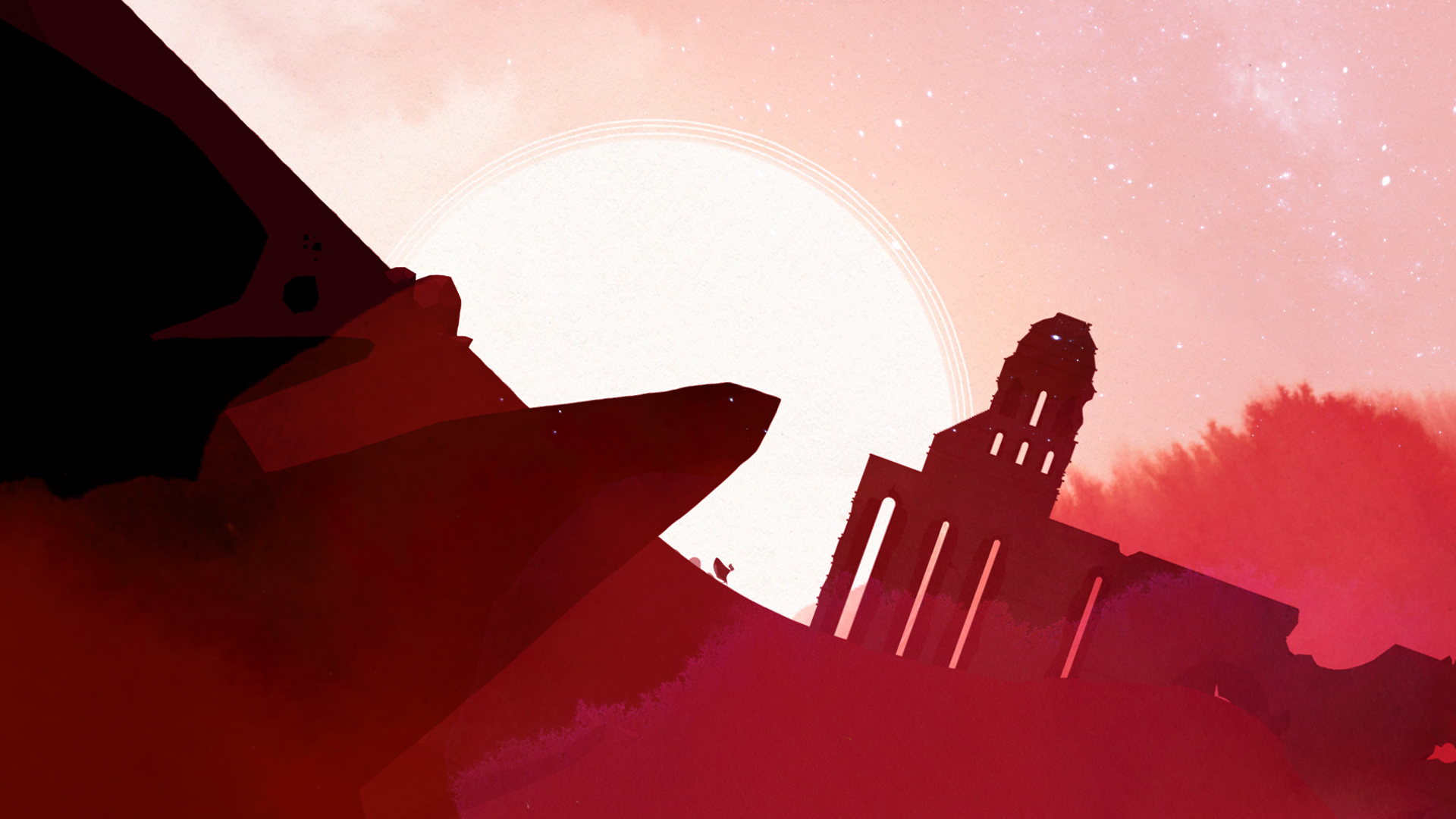 There wasn’t a scene in Gris I didn’t wish I could capture, print out, and hang on my wall. 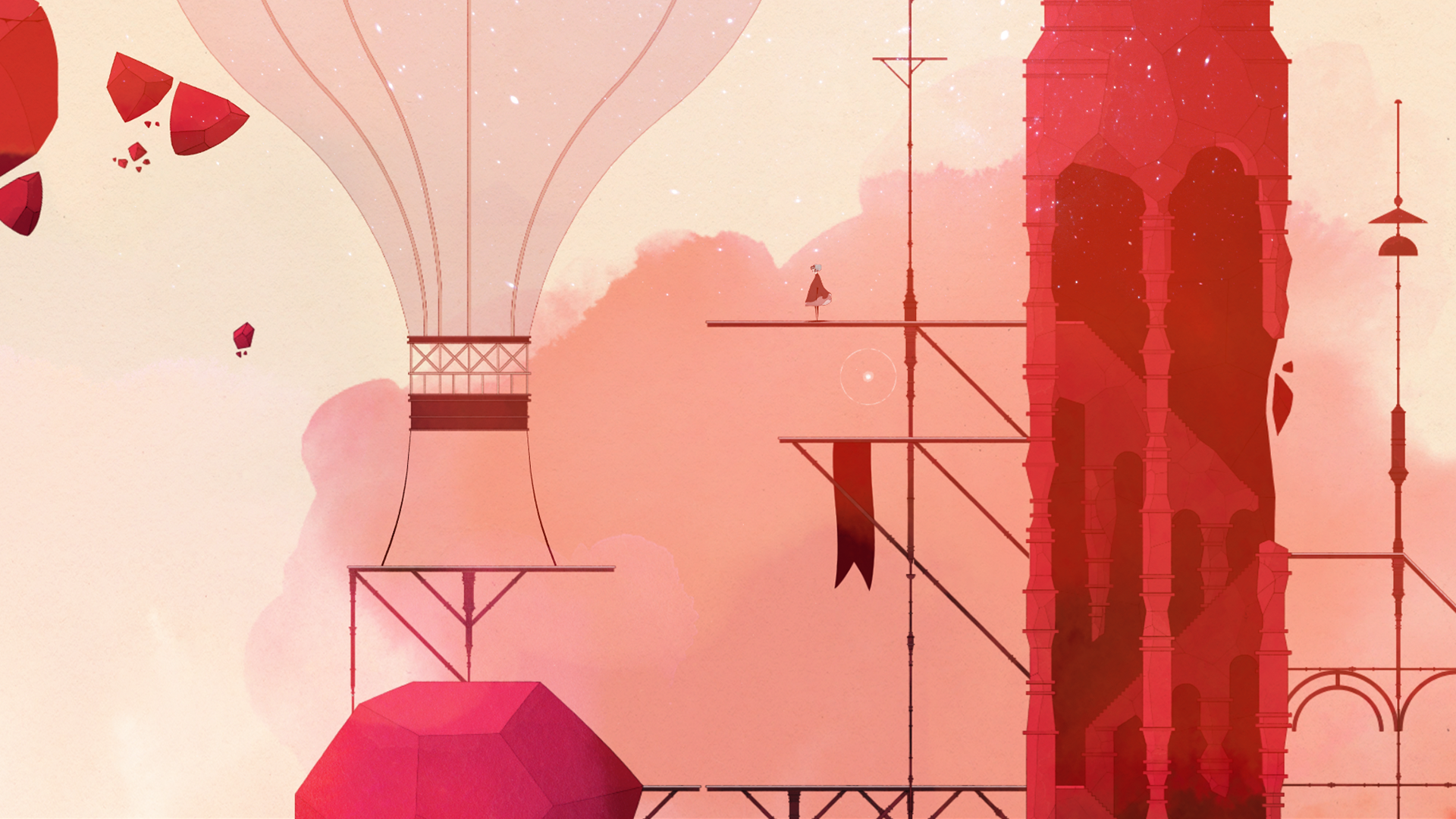 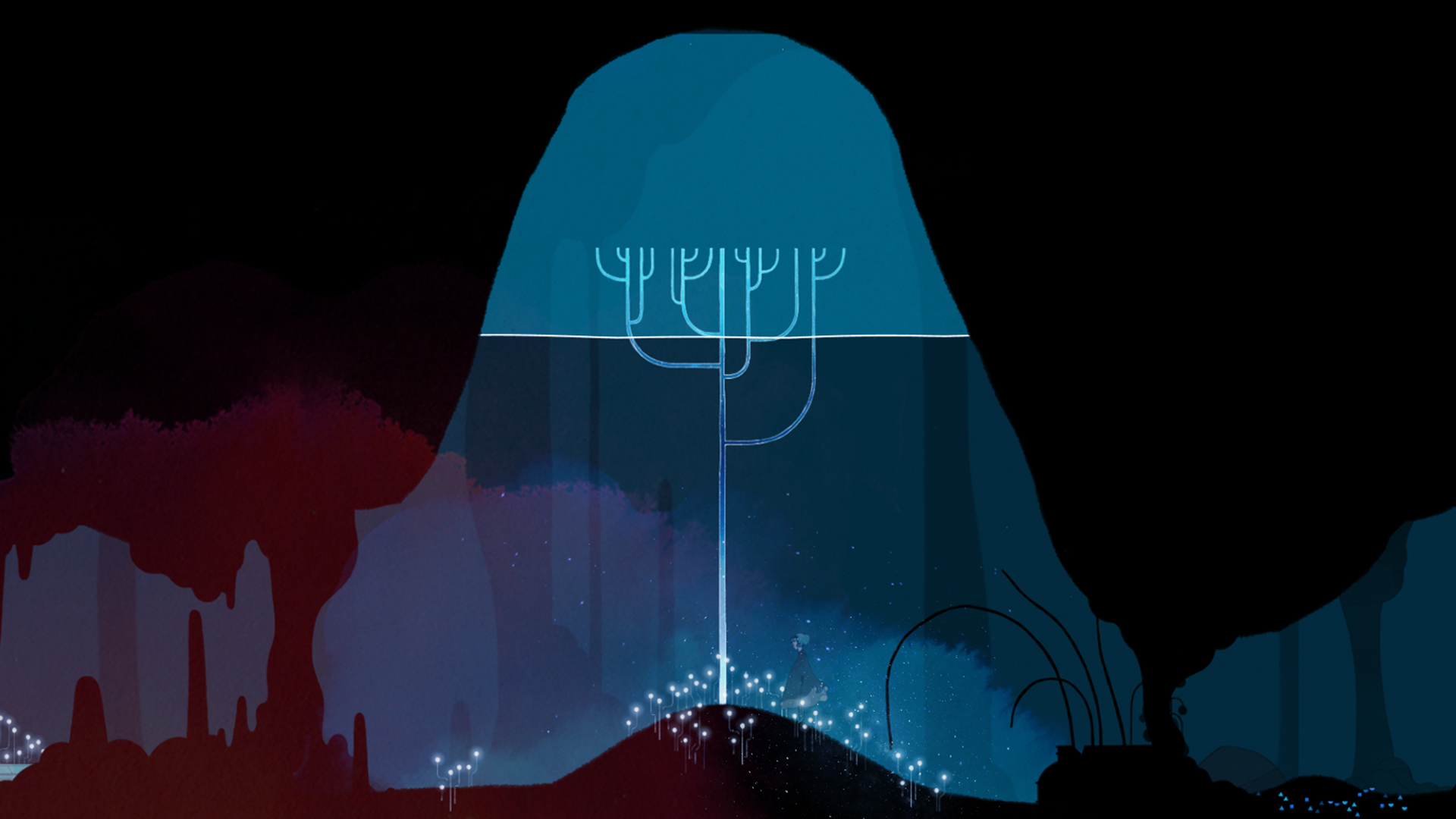 The aim is to re-engineer Roset’s work on a screen and propel it forward it at 60fps, something that’s dazzling to behold as the different playable areas in Gris shift and transform before flowing seamlessly into a brief cutscene. “We try to make it super fluid. Whenever we feel it’s a bit too snappy, you can see it glitching, it’s like ‘ok, let’s make it more playful,’” said Mendoza.

More than the cleverness of its puzzles or Metroid-like backtracking through tall, pearly towers or muddy, angular forests, it’s the illusion of inhabiting a painting come to life that feels like Gris’ standout quality.

In the same way that a static picture can feel dynamic and arresting because of bold, intersecting lines or voluminous shapes, Gris feels like a sensual, 3D hallucination with all the detail and specificity of a framed art.