Gris Is Beautiful In Every Way

I don’t normally shed tears when a video game ends. I hardly ever pause in the middle of a playthrough to appreciate a clever game mechanic. I do stop to listen to game music, but it’s rare I spend minutes trying to get gameplay and soundtrack to sync in order to recreate a perfect moment.

All of these things happened during the four hours I spent completing Gris.

Gris looks beautiful. Ethan Gach established that back in August after he spent some hands-on time with Nomada Studio’s serene platformer. The lush, aching art of Conrad Roset comes to life as the titular heroine travels across faded watercolor worlds on a journey to overcome a painful life experience.

It only takes moments for the game, now available on Switch and Steam, to capture the imagination of the player with its visuals.

The game’s look is the first tendril snaking about the player’s heart. Then it’s the music, an auditory dreamscape crafted by Barcelona-based Berlinist. In the game’s early moments, before Gris learns to double-jump, assume a swimming form or transform into a weighted block to solve puzzles and open up new areas, it’s just walking, jumping, the art and the music. I almost didn’t need anything else.

I constantly had to stop and stare, or close my eyes and absorb.

As the story, wordless and abstract as it is, unfolds, the world of Gris gains colour, light and complexity. It’s a journey of self-discovery and coming of age as Gris learns about herself and her abilities. Crumbling columns in ancient temples are shattered by the weight of her blocky form, which is also capable of resisting harsh red winds that assault her in the game’s earlier moments.

The ability to utilise her fluttering cloth composition to perform double jumps, float through the air and shoot into the sky with the assistance of red-winged birds opens up the world further. 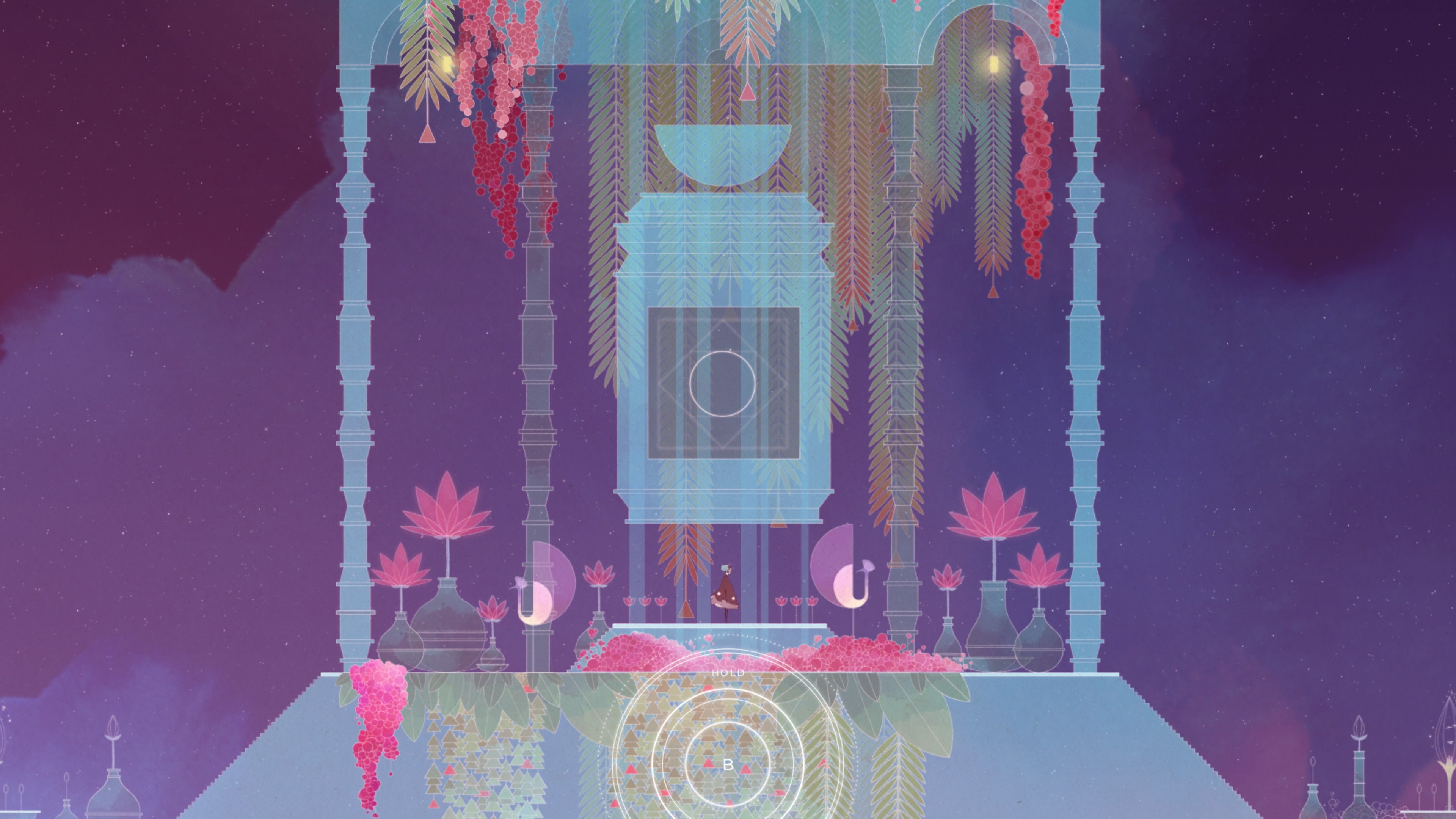 Eventually Gris gains the ability to swim, revealing another layer of the world that was beneath her feet all the while.

The game is its most fulfilling in these sequences of leaping out of the water and into the air, playing with twisted gravity. The music swells as new paths present themselves, and Gris comes a step closer to restoring her fractured self. 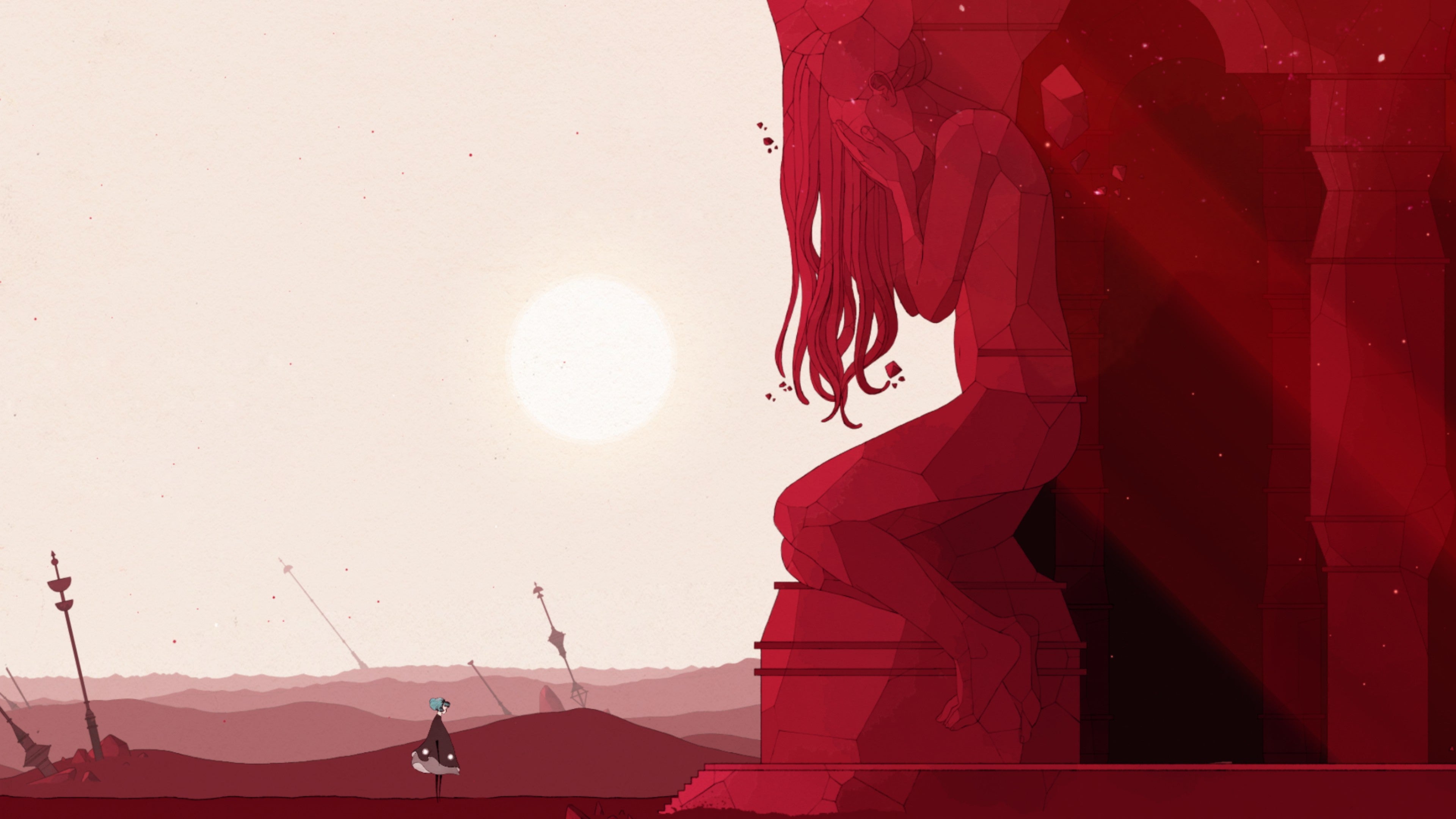 My only complaint is that the game is so short that some of its more inventive ideas aren’t given time to blossom. In the latter parts of the game, for example, there’s a wonderful game mechanic introduced in which the air around Gris freezes, leaving an ice copy of herself in whatever form she was in when the frost struck.

In the screenshot below, you can see a frozen duplicate she used to leap to a higher platform. 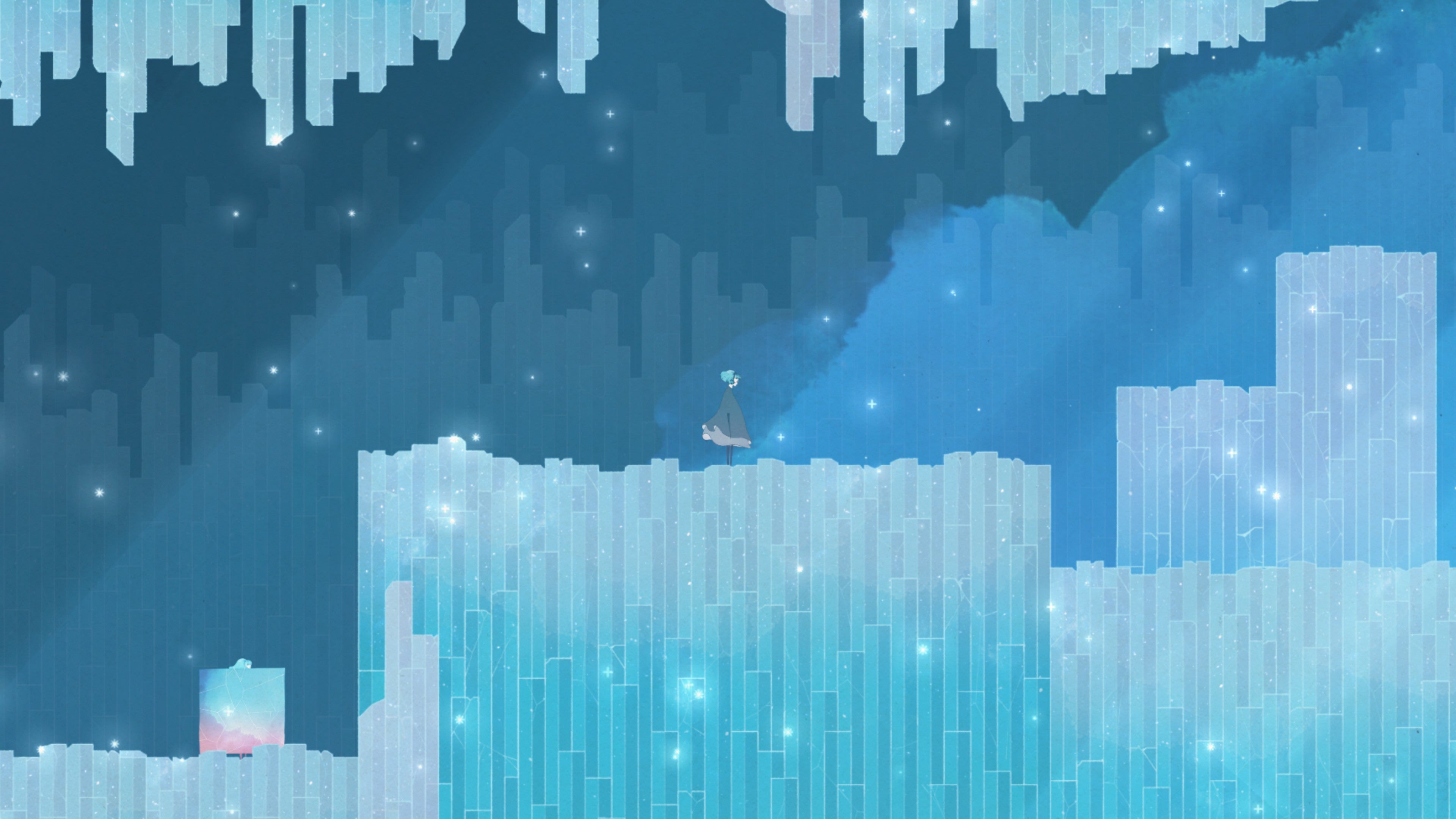 Figuring out how the mechanic worked was one of those moments I had to stop and appreciate the game design. But it was only used for a quick handful of puzzles before being abandoned. I wanted more.

And really, that’s where I am left now that Gris is over: eyes and ears and fingers aching for more of this beautiful experience. A tiny part of me has shattered, and I need more Gris to put it back together.