Rockstar today showed off a first look at the western Red Dead Redemption II, which comes out October 26 for PS4 and Xbox One, and it looks like a fascinating evolution of the first one. Most importantly, this time you can brush your horse.

It’s all very pretty, and seems to include some complicated systems—you can talk yourself out of fights rather than just shooting everything—that promise improvements over the first game, which came out in 2010. Dead Eye slow-motion shooting is back, as is poker. As are guns and horses and, of course, cowboy hats.

In the video, Rockstar also teases systems based on animal hunting, horse grooming, and relationships with non-player characters. “Helping the camp with food and supplies will keep morale high, while spending time with other gang members can reveal new secrets, fun things to do, and opportunities for mischief.”

Maybe the most intriguing new system involves conversation options. While in the first Red Dead your options were essentially “murder” or “kidnap,” in this game it appears you’ll be able to choose whether to defuse or escalate conflicts you find: 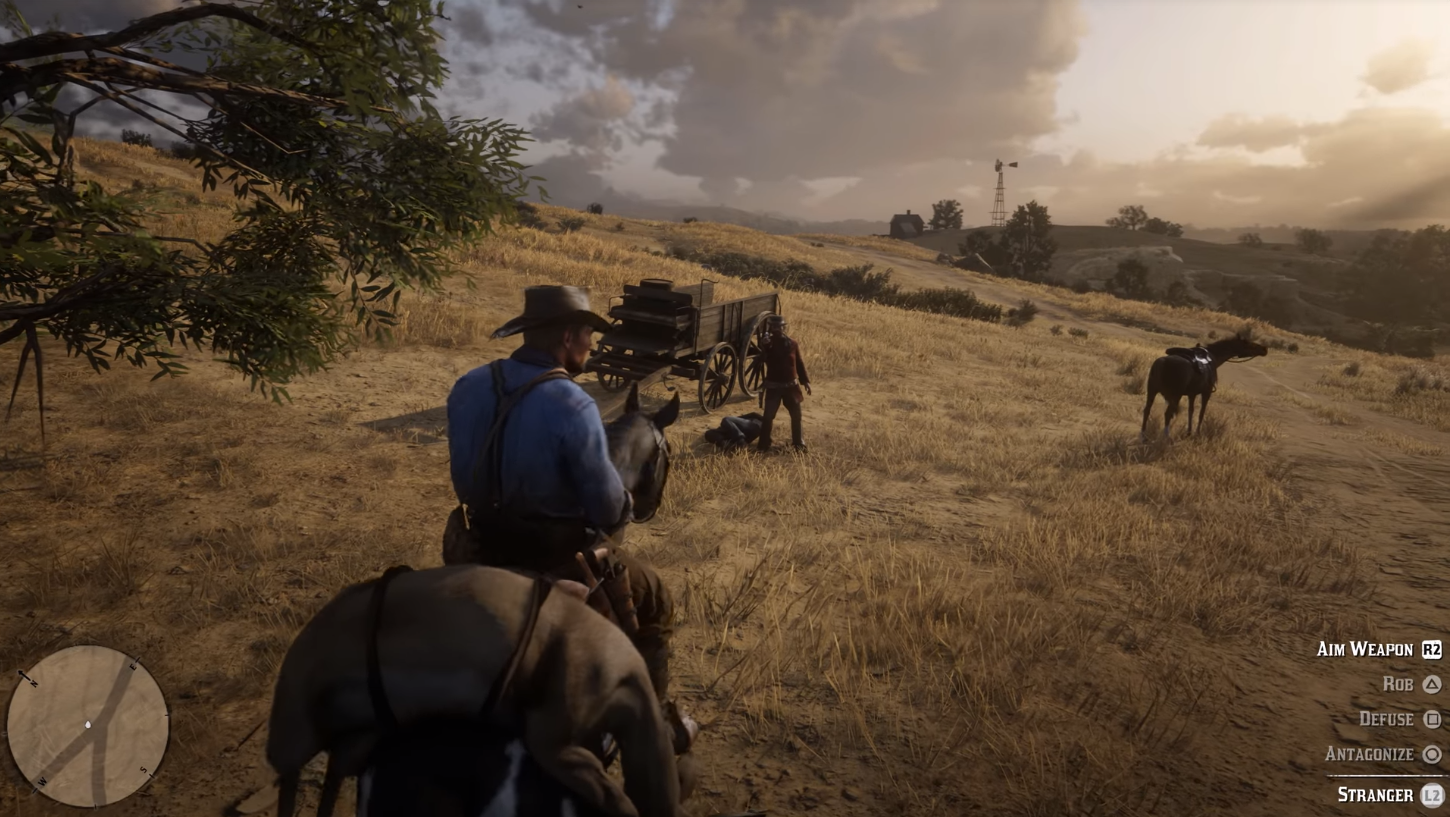 You can hunt animals, put their carcasses on your horse, and ride them back to town to exchange for money. You can intimidate people, pick fights, and get into far more involved brawls than you could in the first Red Dead: 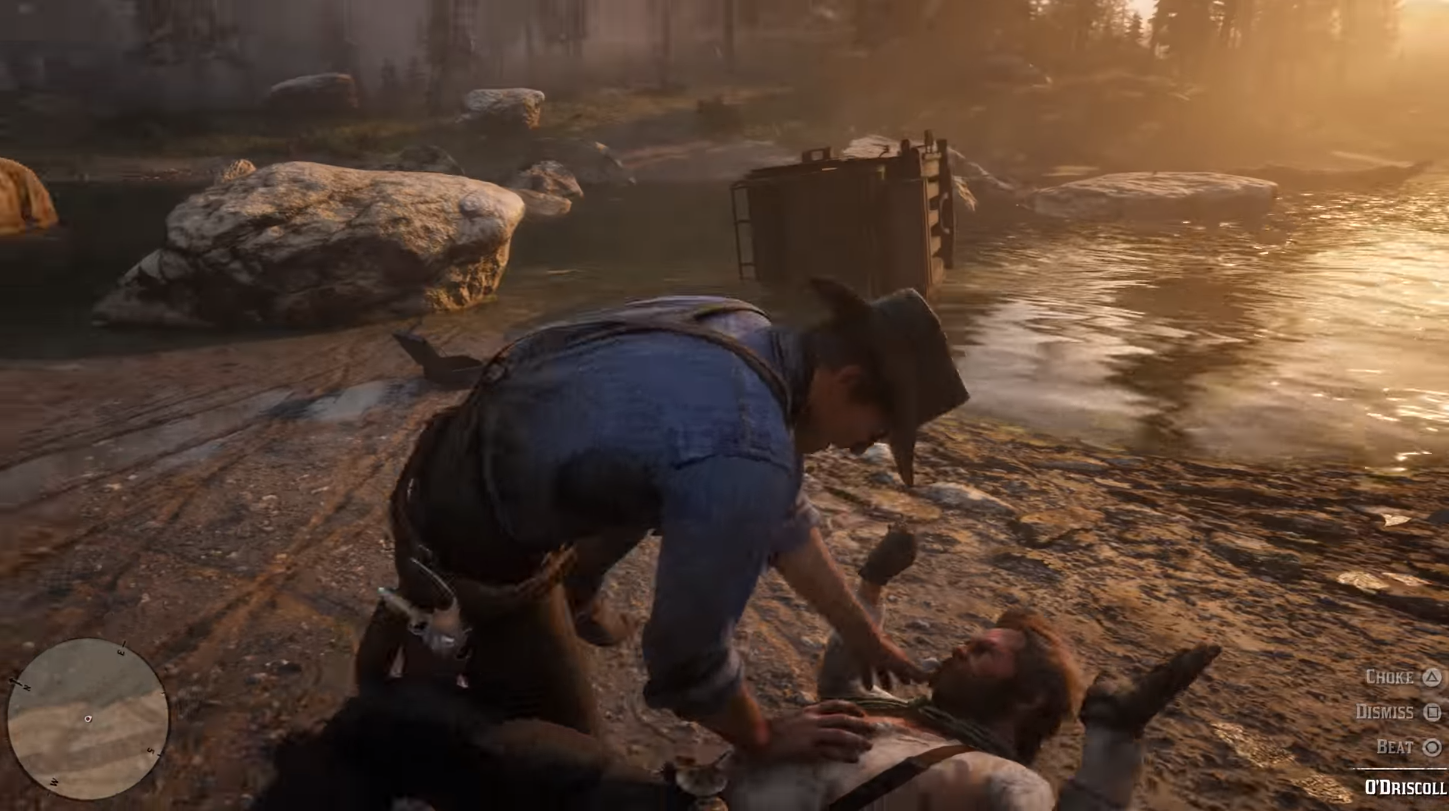 Rockstar promises that the next video will show off activities, enemy gangs, missions, and more. To be honest, the first few trailers had left me a little cold, but this gameplay is way more promising. Two months to go.