Using a technological setup similar to its Super Nt released earlier this year, Analogue says the Mega Sg will be able to play every game from the Sega Genesis, Mega Drive and Master Drive systems, and capable of outputting video from all of them in 1080p with zero latency when it launches in April 2019.

The Mega Sg is priced at $US190 ($267), the same as the Super Nt, and like its predecessor doesn’t come with any games pre-installed.

It’s a recreation of the original hardware rather than a glorified emulator, so you’ll need to supply the cartridges yourself, which would make or break this deal, depending on whether you already have an existing collection of old games or any interest in starting one.

Analogue’s CEO, Christopher Taber, stressed to Kotaku in a phone interview that it makes enthusiast products for an enthusiast audience. In other words, the Mega Sg, like its siblings, is intended to occupy, and in some ways define, the high end of retro console gaming.

“Something like Switch’s Online service or the NES Classic or SNES Classic, those are toys,” Taber said. “It’s a plug and play item and it includes some of the greatest games of all time, it’s got a cheap price tag, it works well and for most people, rock ’n’ roll.”

For those who want to explore “entire pieces of video game history with zero compromises,” Taber contends, there’s Analogue consoles such as the Mega Sg. 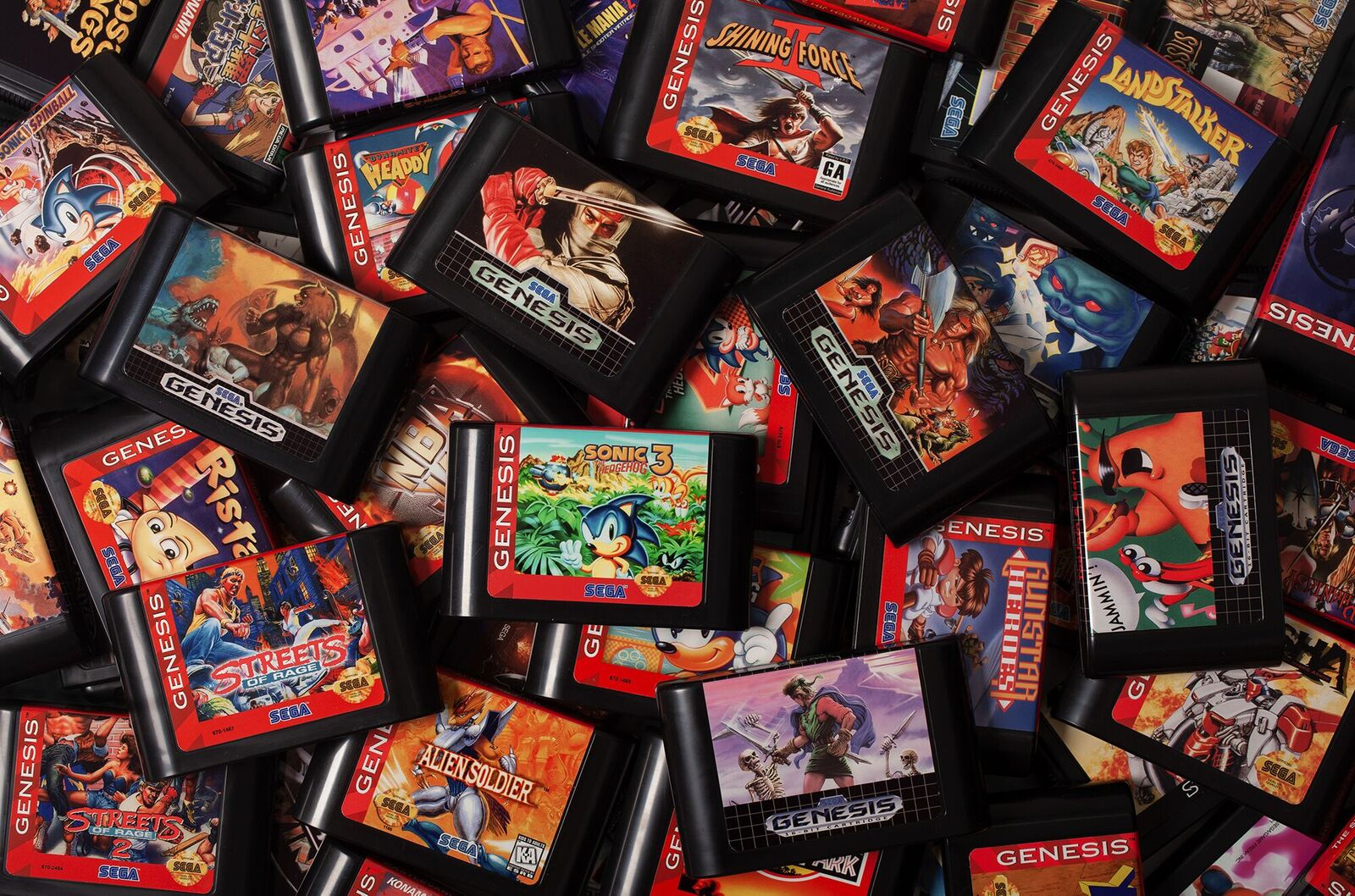 Analogue claims the Mega Sg will be able to play every Genesis, Mega Drive and Master Drive game there is. (Image: Analogue)

For those interested in exploring the rest of a console’s back catalogue in modern HD, beyond the 30 or so games for which a manufacturer manages to wrangle together licensing, there’s Analogue’s consoles and those of its competitors, such as Hyperkin’s more economically priced RetroN series.

What’s supposed to set consoles such as the upcoming Mega Sg apart, however, is the company’s use of FPGA (field-programmable gate array) technology to actually mimic everything the original console hardware was doing.

Since there’s no emulation, there’s no lag, and because the approach is hardware-based, the pixels and sounds coming out on the other end are often better quality than what you’ll find elsewhere, short of booting up the original systems themselves.

Our sister site Gizmodo and other outlets gave the Super Nt positive reviews, and it will serve you well if you’re looking for a substitute SNES that can play nice with modern TVs. The Mega Sg is more ambitious, given that it tries to cover a much larger catalogue of games.

An edge connector on the side of the Mega Sg is supposed to plug directly into a Sega CD or Mega CD so games from both can also output in 1080p as well, with Analogue planning to release additional adaptors for the rest of the Sega’s pre-Saturn hardware, such as the Game Gear and Mark III, for $US10 ($14) each after the console releases.

It doesn’t come with any controllers either though, with 8bitdo’s recommended M30 (out February 2019) costing an additional $US25 ($35).

The Mega Sg could also end up being arguably one of the first premium ways to experience Sega’s 16-bit and 8-bit back catalogue. While the publisher has done a tremendous job of releasing high quality ports of its old games with additional features on the Switch, and is also working on its own SNES Classic-like Mega Drive Mini, that market was previously cornered by third-party emulation machines which rarely worked well. 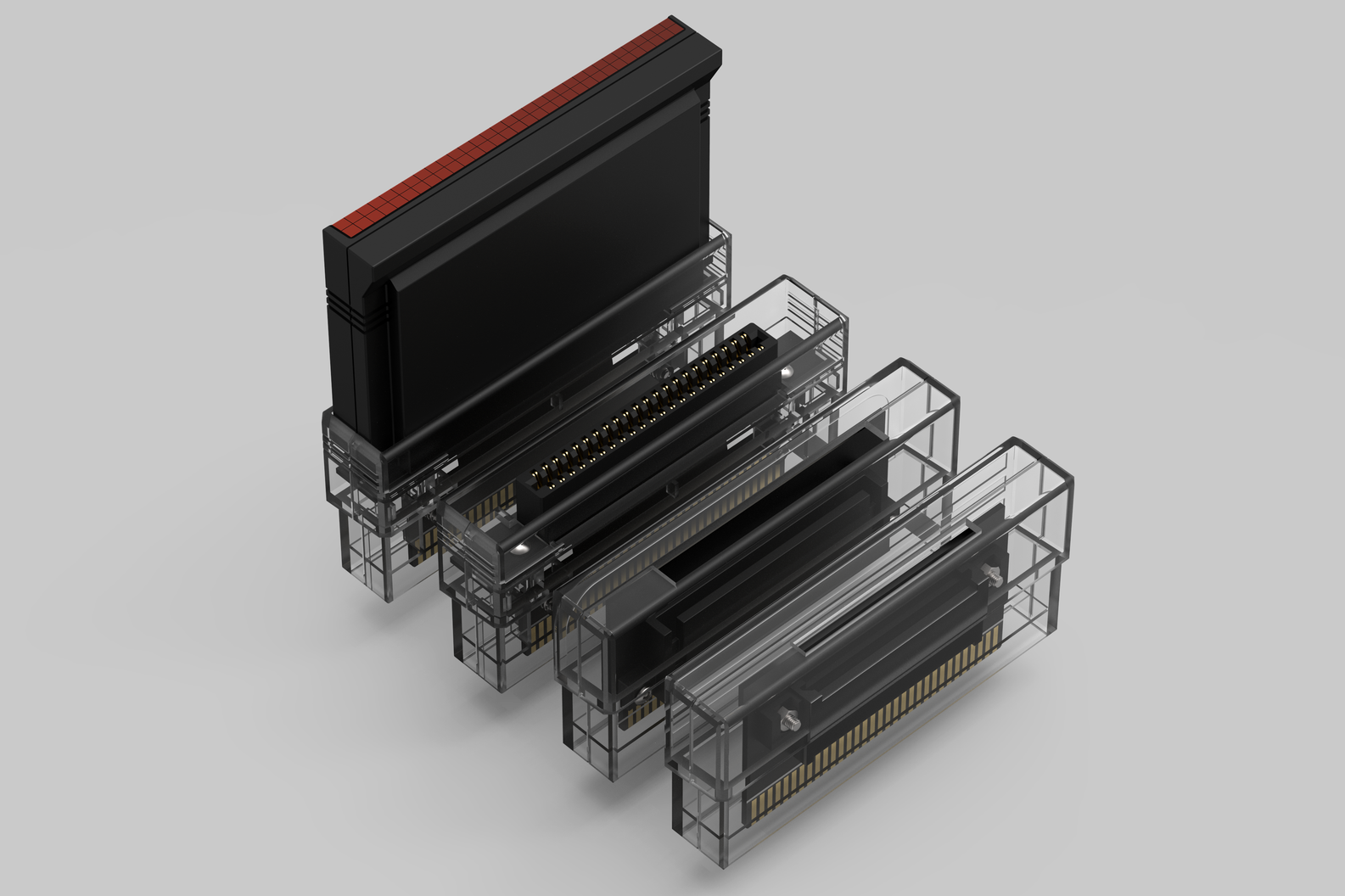 Following the Mega Sg’s release in April 2019, Analogue plans to release cartridge adaptors so people can play games from other past Sega consoles on the device including the Mark III, Game Gear, Sega MyCard, SG-1000 and SC-3000

While Taber is a stickler for things most players might not notice, one area he claims the Mega Sg’s increased quality is especially noticeable is in the sound department.

The Mega Drive and Genesis’ YM2612 sound chip is infamous for producing iconic sounds ranging from the spoken “Sega” that introduced first-party games to the entirety of Sonic 1 through 3’s vibrant and poppy soundtracks. Taber claims the Mega Sg’s recreation, which outputs digital audio in 48KHz 16 bit stereo, is unmatched.

“It’s built around audio file components and audio file circuitry so it legitimately sounds better than any Sega that has ever happened, including the originals by a long shot,” he said.

He gave me a FLAC file of the audio from the beginning of Sonic 3 to compare with AtGames Sega Genesis Classic version. Does the Mega Sg sound fuller, warmer and clearer? Definitely. Does it sound $US190 ($267) better? That’s something we won’t know until the Mega Sg actually comes out next year.