Possibly The Best Player Camp In All Of Fallout 76

There have been a ton of negative things to talk about when it comes to Fallout 76. Last week, on the game’s one month anniversary, I recapped a number of them. But as I tried to relay in my review of the game, there’s good to be found in Bethesda’s multiplayer survival game as well.

When the game works and players are able to use its tools and systems to express themselves amidst the post-apocalyptic sprawl, it can really be quite lovely. One player’s monorail campsite is a perfect example of that.

You’d hardly know this campsite, created by Fallout 76 player burtethead, wasn’t intentionally put there by Bethesda. The map’s southern edge holds some of Fallout 76’s more beautiful and haunting monuments to the past: the remnants of a once great monorail.

Burtehead constructed their camp inside one of the remaining pillars, a project that took dozens of hours according to their post on Reddit.

“The space here is about 5 pixels wider than the floor pieces, so it was very difficult to get it lined up just right,” burtethead wrote when describing the camp’s front entrance, which is wedged between two huge, rusted red steel beams. “But 18 hours later here we are.” 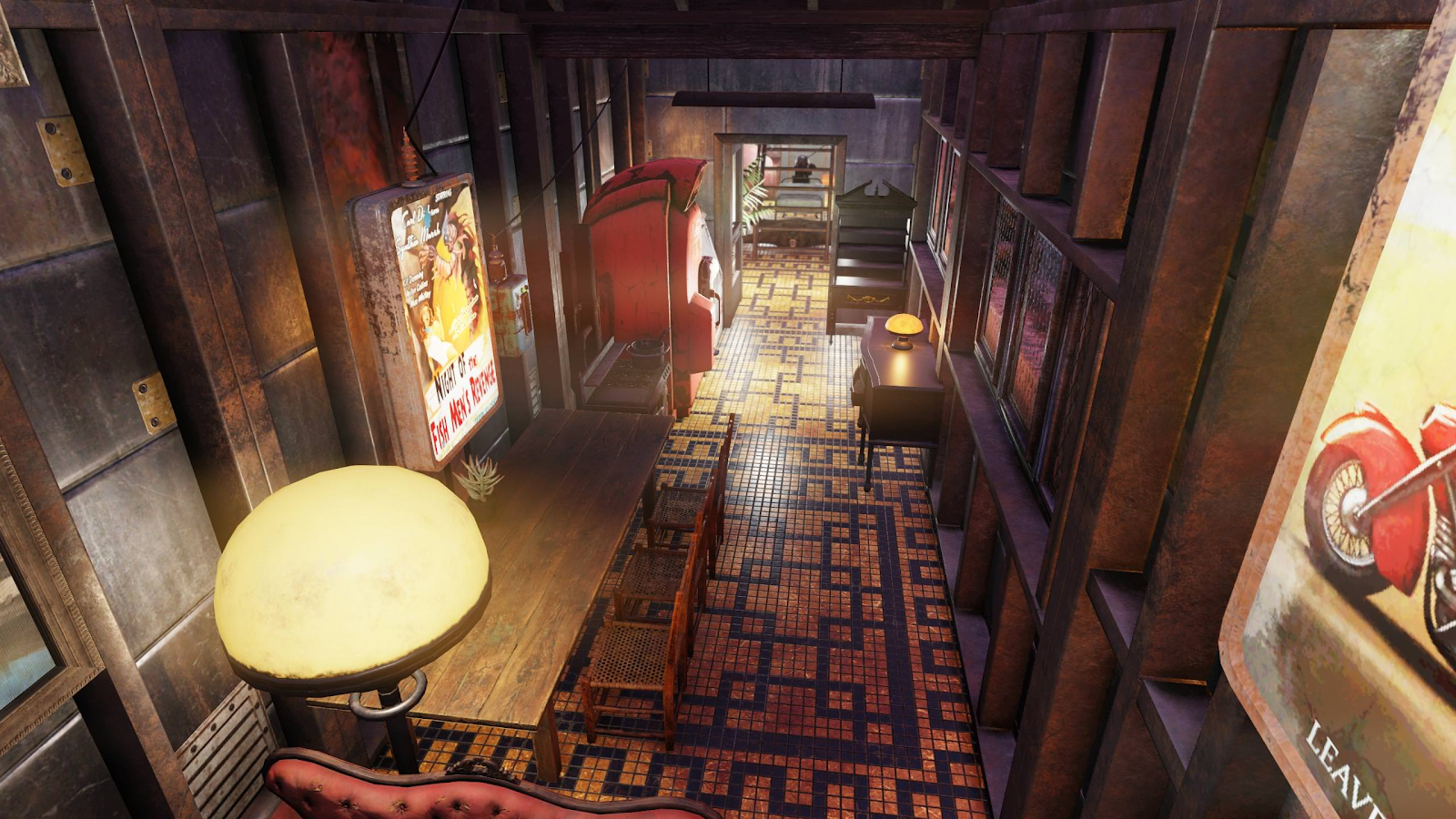 The narrow dwelling is a celebration of tiny, post-apocalyptic living, with burtethead managing to make the most out of the platform’s limited square footage. So much of Fallout 76 is big and open, which lends itself to player-built camps that are messy and strewn about.

Since moving campsites requires packing everything up, there’s also an incentive to not get too fancy, but burtethead pulled out all the stops. 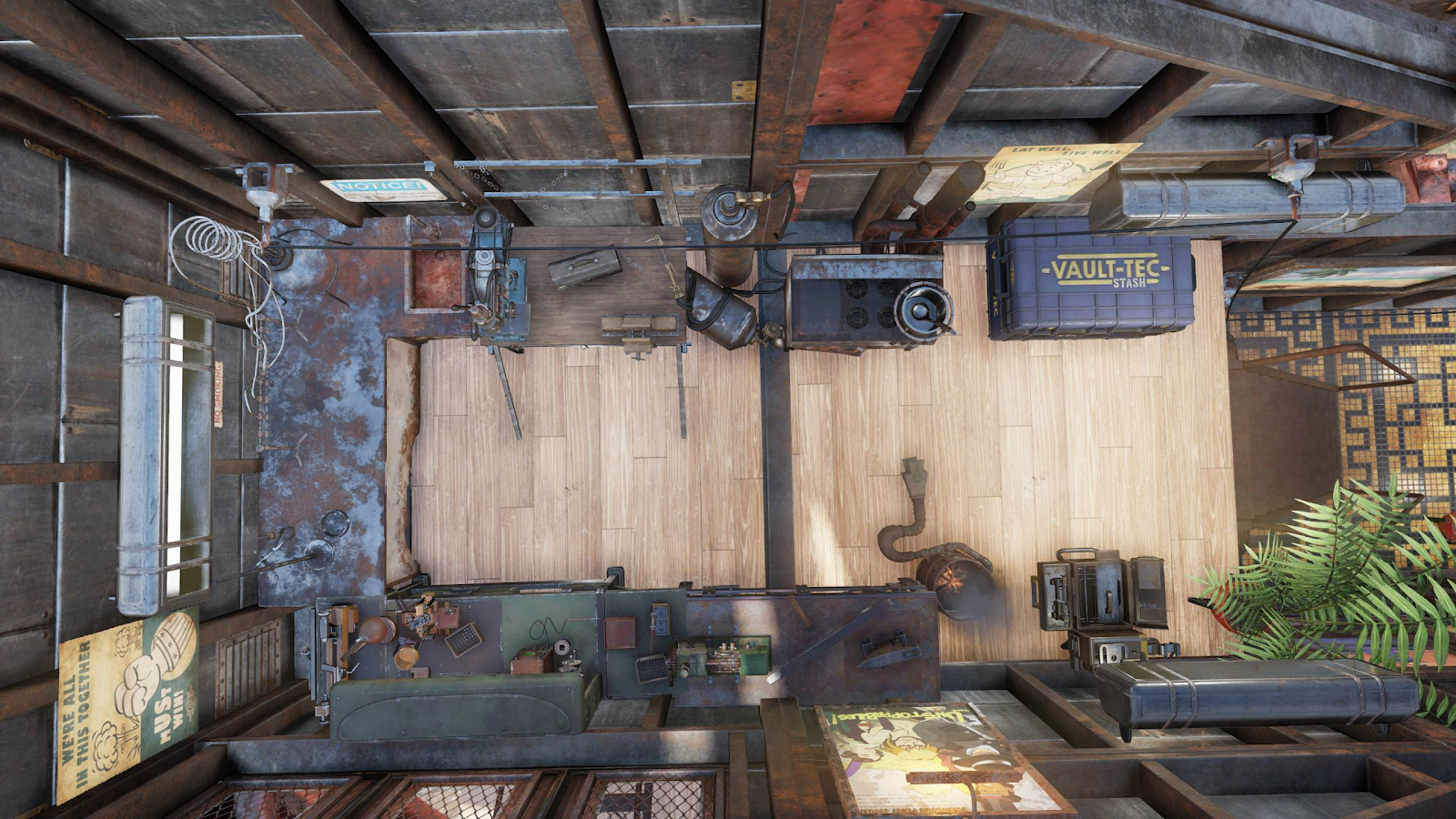 That’s especially evident in the second story loft area, a makeshift study that doubles as a workshop where burtethead somehow managed to cram every important type of crafting bench into the same small room. They also created a large porch area farther up the pillar complete with a set of instruments for impromptu jamming.

My favourite detail, though, is the single switch for all the lights hooked up to the power generator, which makes it possible to go into blackout mode instantly. Burtethead jokes in their post that this is to avoid attracting attention if they see other players getting too close on the map. 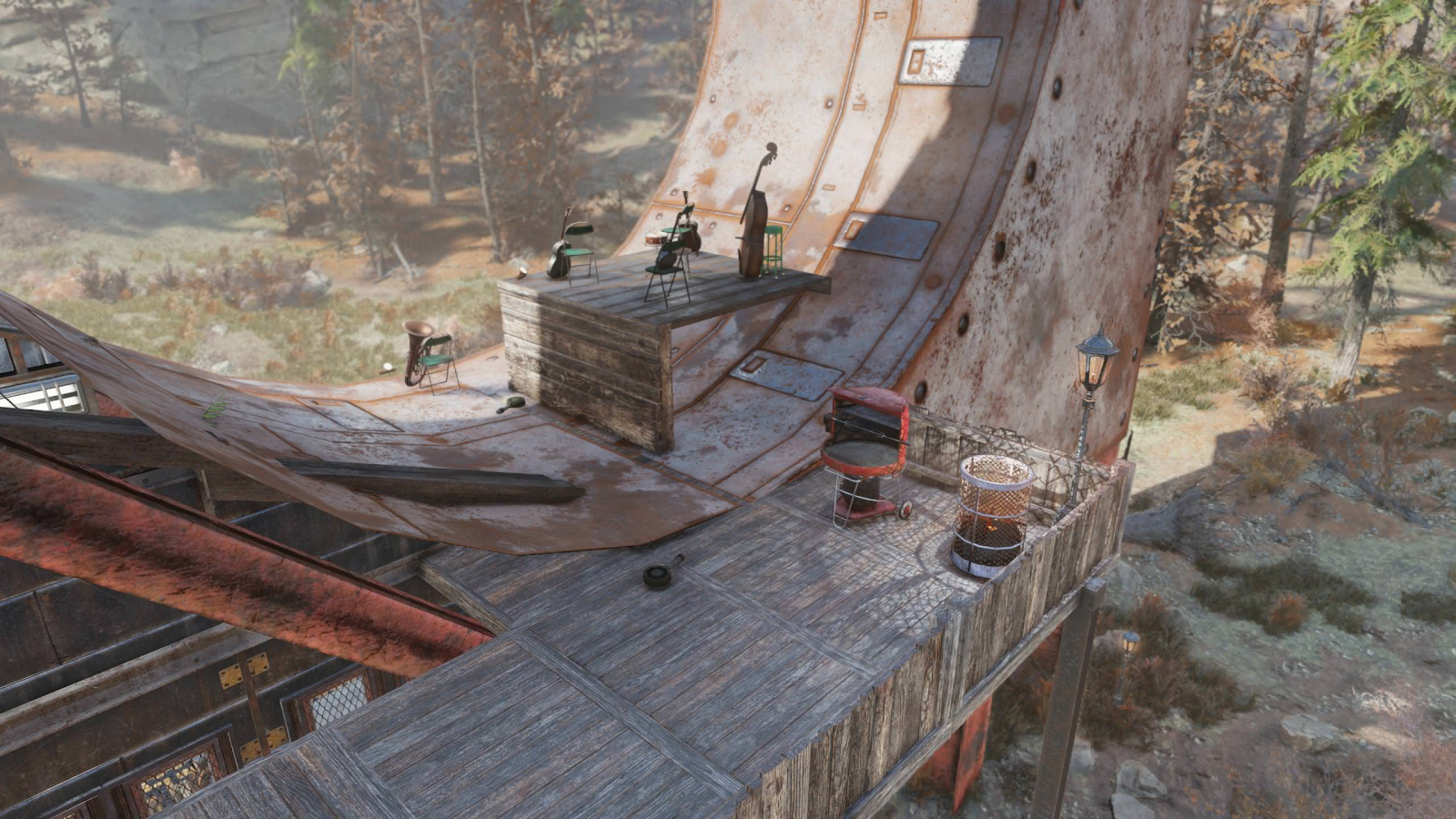 Burtethead’s creation was also only made permanent thanks to recent fixes to Fallout 76’s building system. Previously, players never knew whether the campsite they’d spent hours building up would still be there when they logged back into the game.

If the spot where they’d built it was already taken by someone else when joining a new server, their camp would automatically be broken apart and put back into storage. Burtethead notes that this exact thing happened to them early on in the creation of their Monorail bungalow. 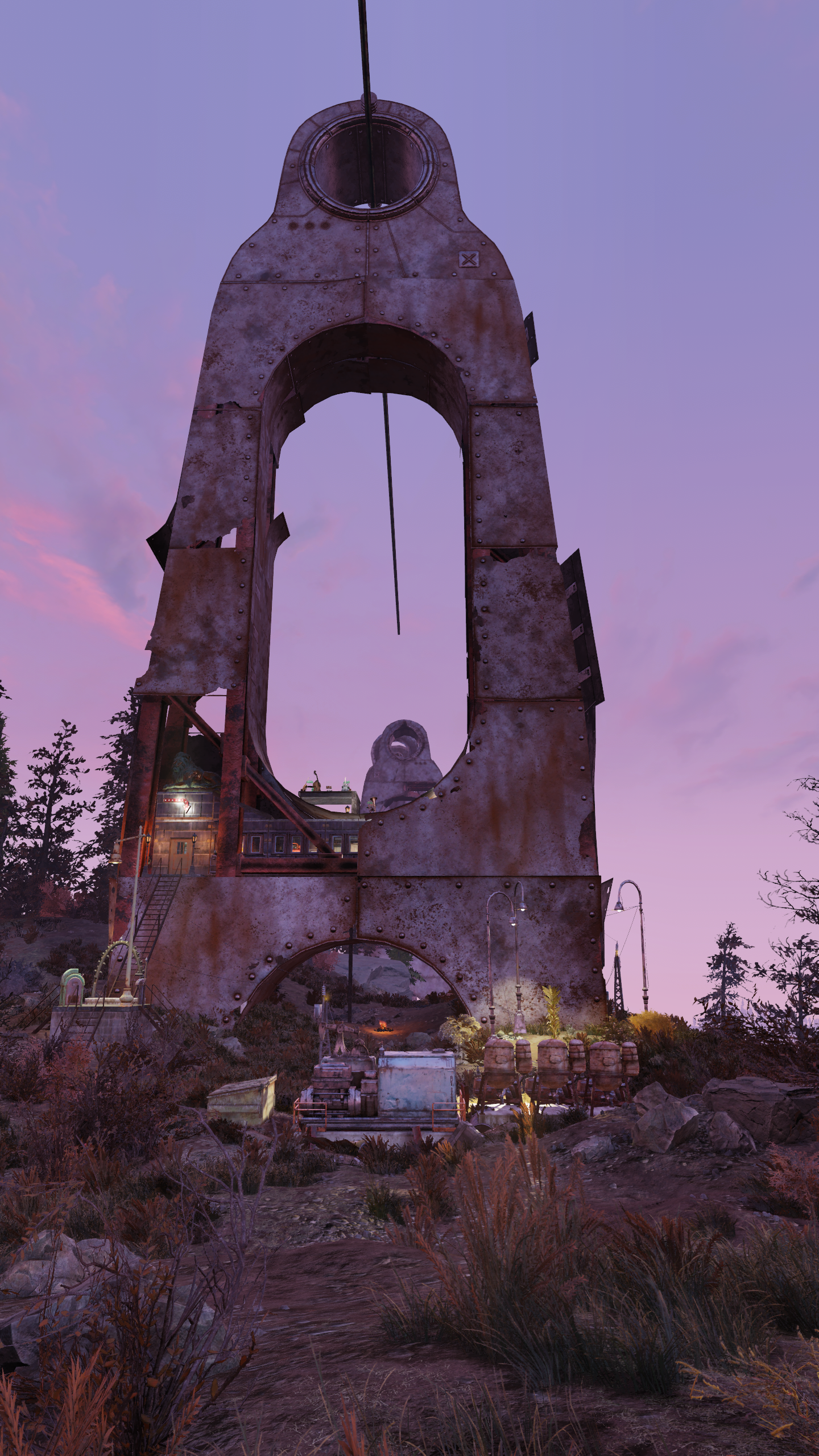 “Build here if you want, it can’t be destroyed anymore like the first two times,” they wrote, showing other players where they can find the the architectural wonder if they’re ever in the right server neighbourhood.

There are a lot of problems with Fallout 76, but base-building isn’t among them. While there remain issues with players being able to build and hang out together, cool solo projects aren’t impossible, though few will be lucky enough to ever encounter something like burtethead’s out in the wild.