Ape Out Is A Violent, Musical Game About Rampaging Primates 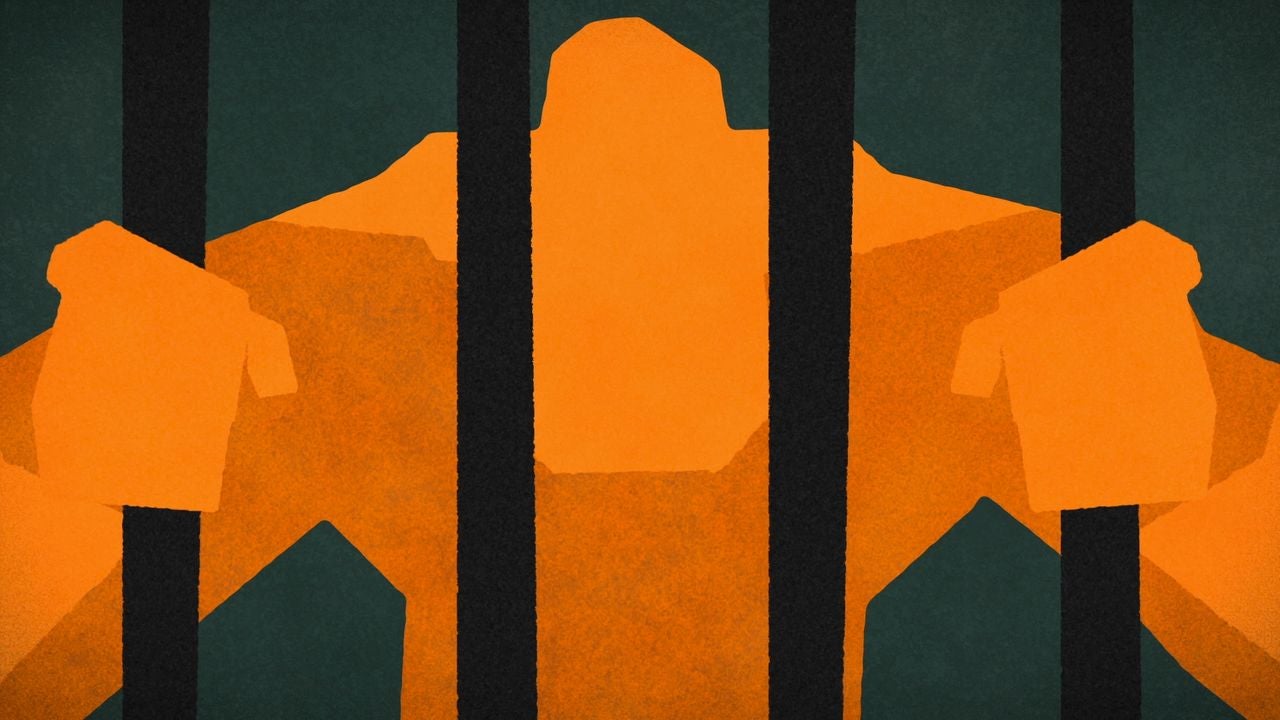 Here’s what you need to know: You’re an ape. You’ve been captured. You don’t like that. You break free—then you break people.

Ape Out, which ape-escaped onto PC and Switch this week, takes place from a top-down perspective heavily inspired by neon-drenched murder party Hotline Miami. As in that indie cult hit action game, you are both a force of terrible violence and a plaything to its fickle whims. You can absorb three shots per level, if you’re lucky.

But while Hotline Miami cast you as a coked-up human with a penchant for balletic displays of bulletry, Ape Out puts you in the shoeless hand-feet of a series of rampaging apes. Pissed-off rampaging apes, sure, but not impractical ones. Your goal is to survive and escape. Insane hyper-violence just happens to be a necessary byproduct of that goal.

Each encounter is about negotiating the space between you and your many typically gun-wielding foes. Even when a kill is a sure thing—say, because you approached someone from behind or rushed them before they could react—it’s always tense. It always feels like they might pull the trigger milliseconds before you rip them limb from limb and turn their torso to pulp.

This feeling is used to great effect. You are incredibly powerful, but also vulnerable. You’re trapped in a state of primal panic, constantly moving forward, rarely able to catch a breather while you run through maze-like levels. 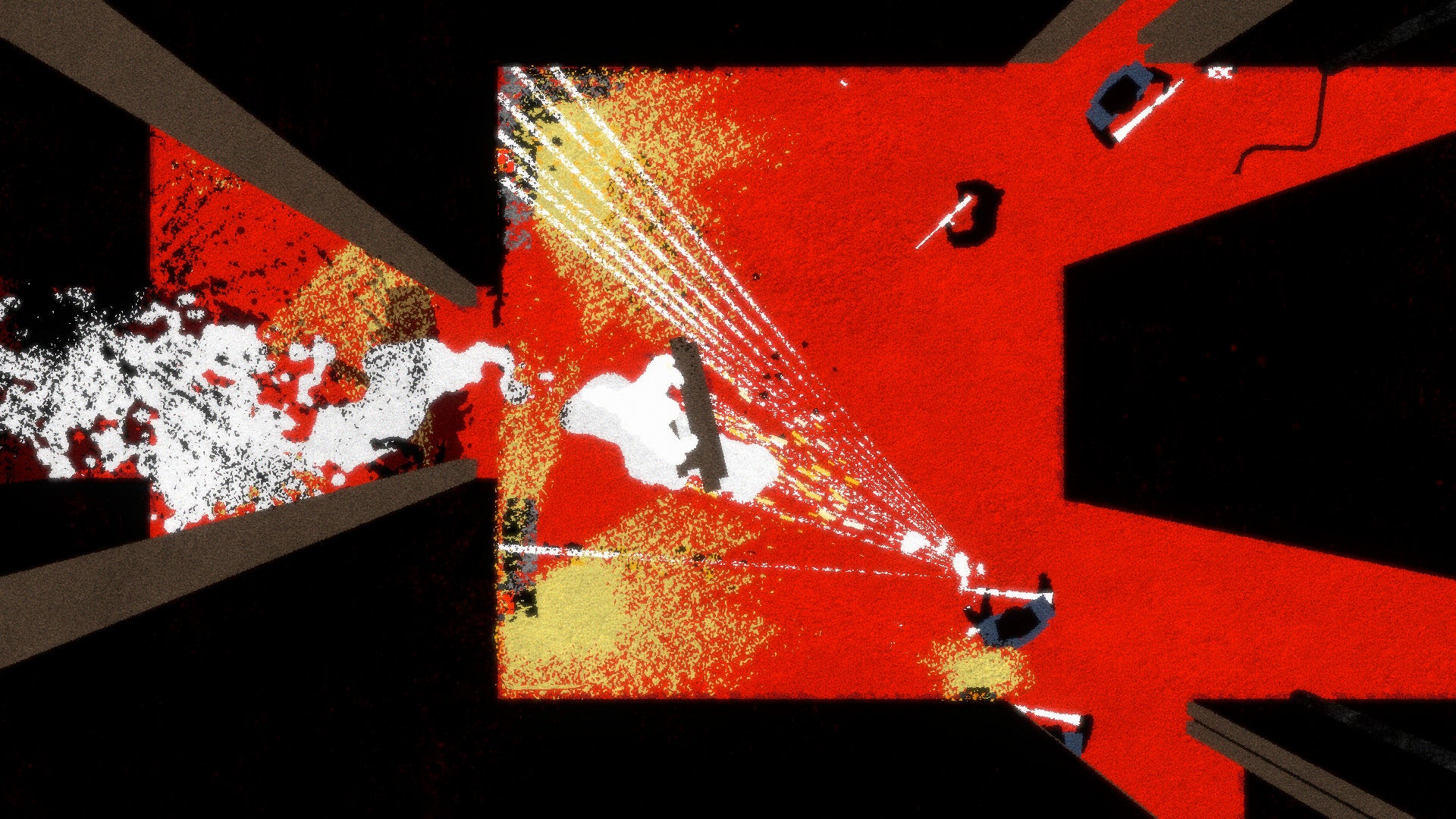 All the while, a chaotic jazz soundtrack reacts to your path of destruction. Spasmodic drums pound when you charge. Symbols crash when you shove somebody into a wall. Horns ebb and flow as you fly down a blood-red hallway, barely reaching each successive guard in time to end their life before they end yours. Death is rhythmic. Survival is musical.

The visual style, too, is a minimalist marvel. Despite how they might look in some screenshots, colours and shapes are distinct and easily identifiable, giving your brain ample time and space to instinctively react. Environments, however, feel even more claustrophobic than they actually are, with visual trickery resulting in walls that rise up far past a point your primitive ape mind can comprehend and sight lines that disappear entirely as soon as you round blurry corners.

You can use this to your advantage, but it means you always feel at least a little bit trapped.

Despite your relatively limited arsenal, you’ve got options. Yeah, you’ll spend a lot of time shoving people into fine blood mists, but you can also grab them and use them as human shields. Sometimes, they’ll fire blindly when you do this, taking out other enemies in the process. Then you can shove them into other enemies to produce chain reactions of gruesomely satisfying carnage.

There are also a plethora of environmental hazards. Doors to throw at people. Windows to shove them out of. Darkness to stumble through. Bombs falling from the sky. Each level adds a new twist, a new variation on the theme. 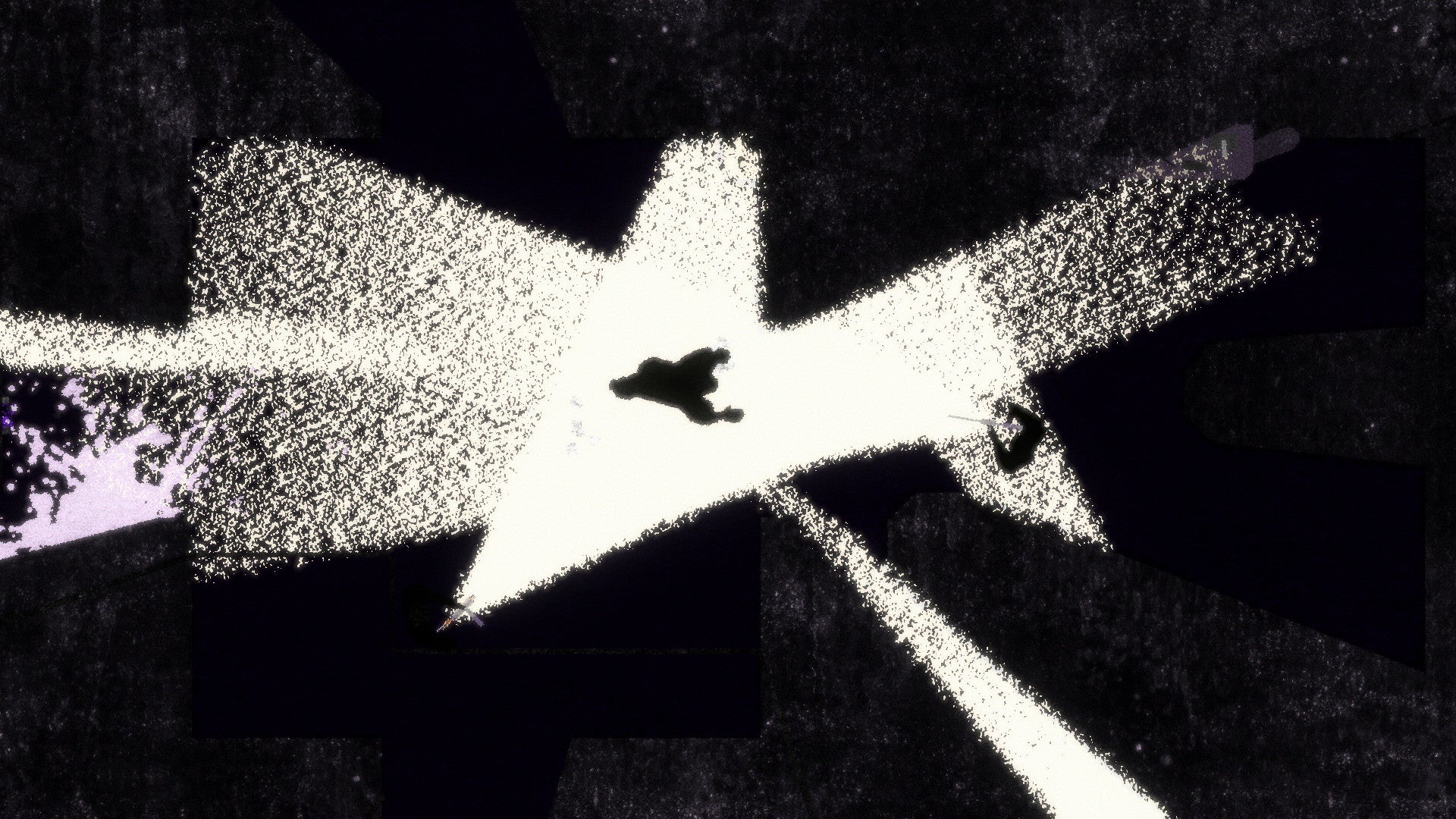 Enduring rapid-fire deaths and figuring out how to strategically chain those locations together is one of the game’s great joys.

Again, these apes aren’t impractical. They just want out.