Bill And Ted Have An Announcement: Their Third Adventure Is Coming Next August 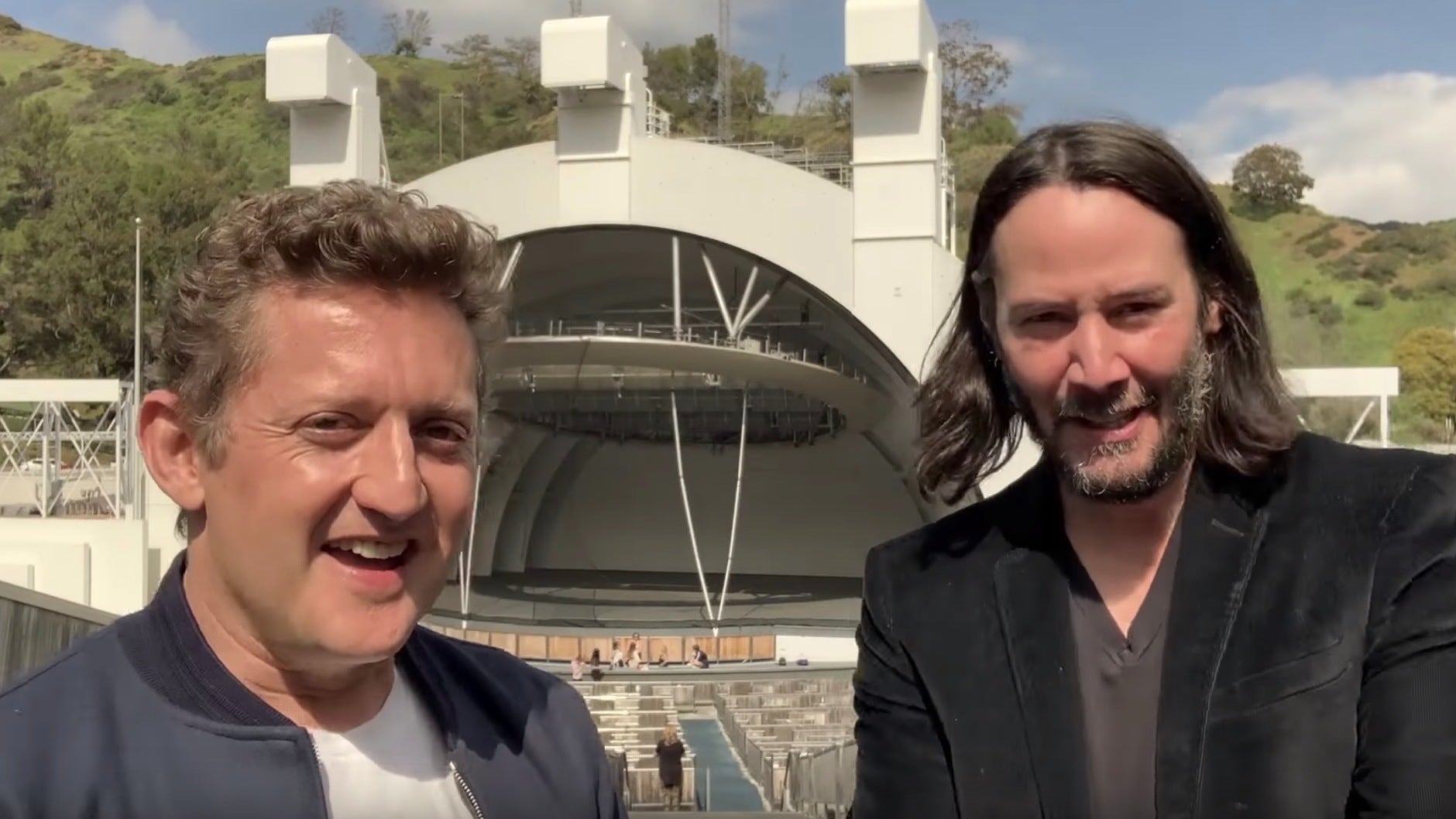 Jump in your phone booth and set a course for August 21, 2020, because that’s when Bill and Ted are going to Face the Music. Excellent!

Orion Pictures released a special video this morning, featuring Alex Winter and Keanu Reeves announcing that the long, long, long-in-the-making Bill & Ted Face the Music will start filming this summer and be released next summer. Check it out:

Directed by Dean Parisot (Galaxy Quest) from a script by franchise creators Chris Matheson and Ed Soloman, here’s how the film is described in a press release.

Following 1989’s “Bill & Ted’s Excellent Adventure” and 1991’s “Bill & Ted’s Bogus Journey,” the stakes are higher than ever for William “Bill” S. Preston Esq. (Winter) and Theodore “Ted” Logan (Reeves). Yet to fulfil their rock and roll destiny, the now middle-aged best friends set out on a new adventure, when a visitor from the future warns them that only their song can save life as we know it and bring harmony to the universe. Along the way, they will be helped by their families, old friends and a few music legends.

Filming will take place in New Orleans—and Solomon, for one, is beyond excited that this project is finally happening.

“The fans’ enthusiasm is what ultimately got this made,” he told io9 when reached for comment. “We’ve been working for over a decade on getting this right. The idea was to make something that is meaningful not just to us, but for all the folks (the fans) that have been behind it for years. It was definitely made from the heart, and I hope that in today’s cynical times it will be a breath of fresh air.”

We can’t wait to see what Bill and Ted have in store, and to find out what they’ve been up to all these years. And personally, as an L.A. resident, here’s hoping they actually will play at the Hollywood Bowl in this film.