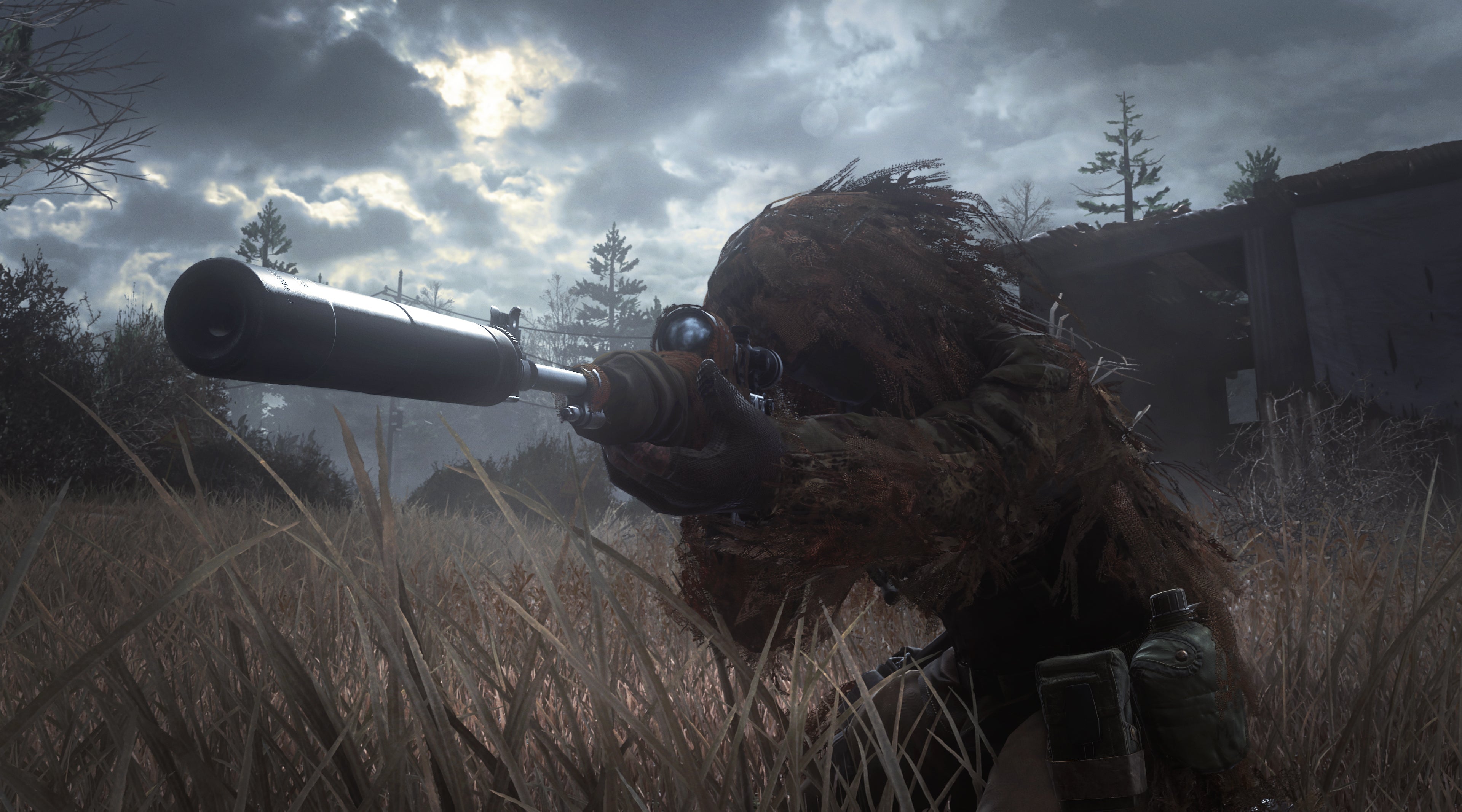 Since Modern Warfare Remastered is free this month on PlayStation Plus, I decided to revisit some classic Call of Duty. This remake of 2007’s groundbreaking shooter is reminding me how a Call of Duty game can make a loot box system feel more rewarding and less like a money grab.

It’s no secret that as of late, Call of Duty’s Supply Drops have been a nightmare of poor microtransaction choices that have left players feeling either hustled for desired cosmetics or at a disadvantage on the playing field.

2016’s Call of Duty: Infinite Warfare, which initially launched with Modern Warfare Remastered bundled inside its special editions, gave us overpowered weapons that mostly had to be obtained by the luck of Supply Drops. Infinite Warfare didn’t have the cosmetics-only approach of the later games, and players could easily end up losing gunfights to more powerful versions of the gun equipped in their own loadout.

Some gun variants could be crafted through currency earned by grinding the game, but there were few options compared to the abundance achieved through the power of luck in Supply Drops. 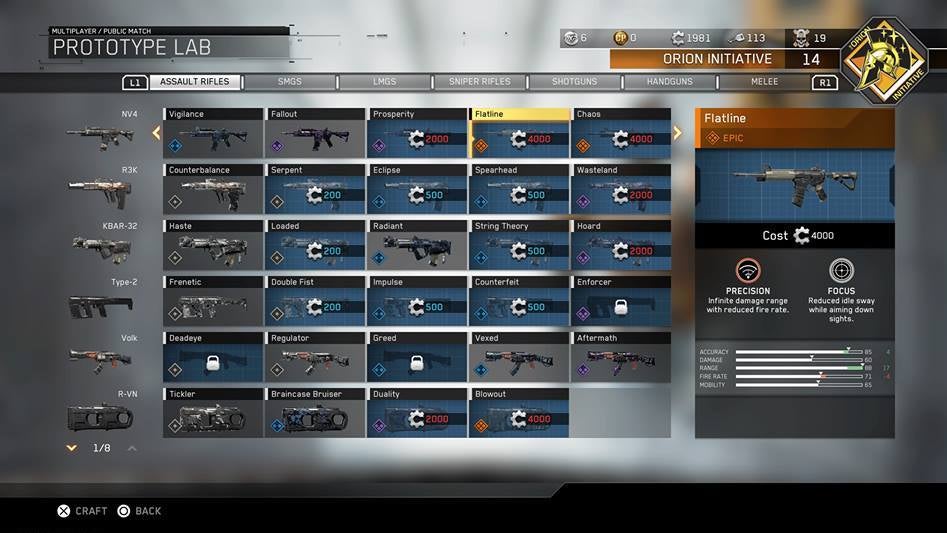 The next year, Call of Duty: WWII took away the frustrations of stat-based variants, but the game became so flooded with low-end items that the odds were incredibly stacked against you.

Sure, you could easily earn Supply Drops by playing and completing daily and weekly challenges, but you still probably weren’t going to get the items you wanted. I was banking about 25-30 Supply Drops a week from doing challenges during WWII’s special events, which earned me more unwanted reticles and pistol grips than anything else.

Currently, in Black Ops 4, there’s a Fortnite-style tier system for earning gear by simply playing, but there’s a lot of junk items thrown in amongst the top-tier skins and weapons DLC. And now, sought-after items from the latest “Grand Heist” event are hidden by the luck of Supply Drops.

There is a way for loot boxes and satisfying rewards to coexist fairly, and Modern Warfare Remastered proves it. The game contains cosmetics as well as new DLC guns, but there aren’t any overpowered variant weapons, and you can actually choose what items you want to work towards unlocking.

It doesn’t feel completely fair to have DLC weapons added to the grind, but they are all obtainable either by Supply Drop luck or through enough playtime to unlock the desired collection. There will probably always be players who drop cash on COD Points to get more Supply Drops and unlock items faster, but Modern Warfare Remastered’s system allows everyone to have the items within reach without needing to drop any extra dough.

Separate from COD Points, which cost actual money, there are two currencies easily earned while playing Modern Warfare Remastered. Depot Credits are awarded simply by playing matches, and they can be used to purchase Supply Drops.

I typically earn 1-4 Credits per match, and it costs 10 credits for a common and 20 for a rare drop. Parts are the currency used to buy DLC items, and they’re earned through rare Supply Drops or awarded in place of a duplicate item within a Supply Drop. 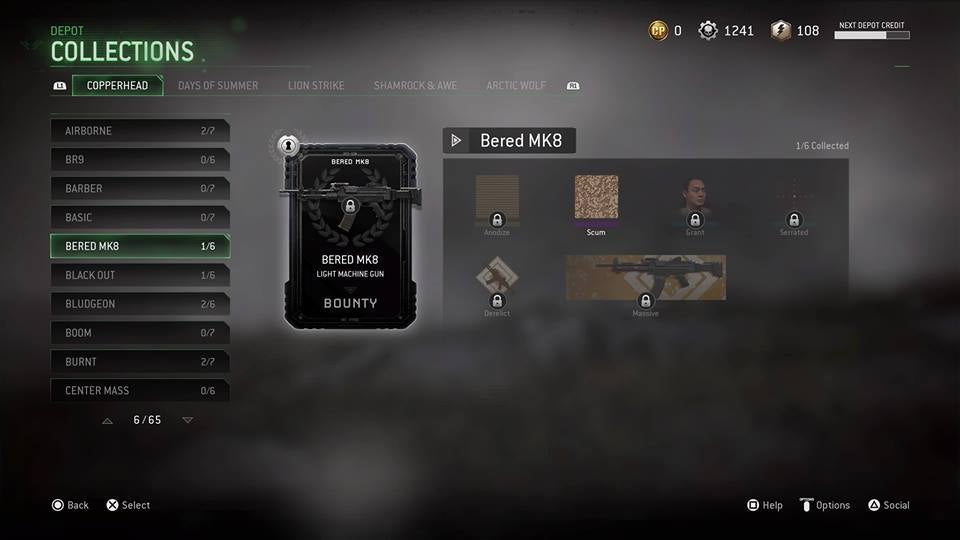 Modern Warfare Remastered has over 1500 pieces of DLC. Every DLC item is a part of a Collection, and each item has a Parts value. All of the DLC Collections are easily displayed for you to determine which items are worth your time to unlock, and you can calculate how much it will cost to unlock them with Parts.

Some Collections are just crammed with fancy gun reticles, so I don’t even worry with those sets. Personally, I prefer to focus on the ones that unlock pretty camos or new weapons, and it’s nice to have the choice.

Of course, this isn’t a perfect system. Casual players are most hindered by the sheer grind of unlocking all the smaller cosmetic items in a Collection to get to the weapons. The system could easily be improved by adding in extra ways to earn Supply Drops, especially combining WWII’s style of daily and weekly challenges to help out players with limited game time.

Regardless, Modern Warfare Remastered’s system makes loot boxes feel less dirty. I’d much rather work specifically towards items I want than earn a bunch of junk.