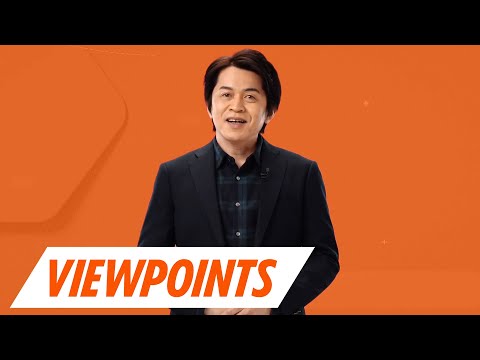 This week saw Sony and Microsoft both getting in on the video news show format. Sony had its first PlayStation “State of Play” video, focused on PSVR titles. And Xbox put out the first episode of its “[email protected] Game Pass”, a mouthful of a name for a presentation that included both announcements and developer interviews. Neither of them were as good as a Nintendo Direct.

Xbox has been on the video scene for a while with its monthly “Inside Xbox” showcases, which tend to go on too long and be too light on news. While these video announcements can be charming and even occasionally useful, they don’t hold a candle to Nintendo’s Directs.

Directs are usually fun and personality-driven, but most importantly, they tend to contain actual news, such as release dates and demos or games you can play that day. Paul and I sat down to talk about what we thought of these new direct-alikes, and why we like Nintendo’s presentations so much.

Here’s an excerpt from our conversation; you can watch the whole video above.

Paul: There is something nice about a pre-recorded segment where it’s like, “Here’s the thing. Roll the trailer. We’ll move right on to the next thing.” They’re usually like 30 to 45 minutes.

We’re seeing a little bit of a transition phase because it started with Reggie, then Satoru Iwata (rest in peace), and now we still have Yoshiaki Koizumi, who has been doing a lot of the Switch stuff.

So I’m curious how [Directs] can move forward and get better? But it already works so well as is. I don’t think you really need to tweak the formula.

Riley: I don’t love Nintendo Directs because I’m not really a Nintendo person, so I often feel behind when they’re announcing something and everyone around me is excited and I’m just like, “What’s this game?”

I really like the indie ones because they’re games that I’ve heard of. Most of my Switch library is games that I already own on my PC, so I’m always like, “What new games can I own for multiple platforms!?”

But yeah, they are very straightforward. There isn’t a lot of back and forth cheesy chatter. It has the same stiltedness of something being obviously scripted, but it’s very short. The topical thing is great, because I know when there’s a Pokemon Direct, I’m like, “That will all be gibberish to me. Yay!” But I’m prepared for that.

Paul: Yeah, it sets your expectations from the get-go. Even if it’s [just] a decent Direct, there’s some pretty cool stuff in there.