Mordhau, As Told By Steam Reviews

Kotaku’s Ethan Gach described Mordhau as a game that’s “slow, awkward, and bloody, but for some reason, I want to keep playing.” That squares pretty well with the majority of Steam reviewers, who love the game’s skill-based melee combat in which you can control the arc of your swings, opening up all sorts of clever strategic possibilities.

Mordhau released in a laggy, glitchy state, but many issues have already received fixes, with more on the way. Oh, and there’s versatile customisation options that somehow, miraculously, have not been paired with microtransactions or loot boxes.

Upon learning this, thousands of Steam users dropped whatever they were doing – some quitting their jobs and abandoning their families – to write reviews. 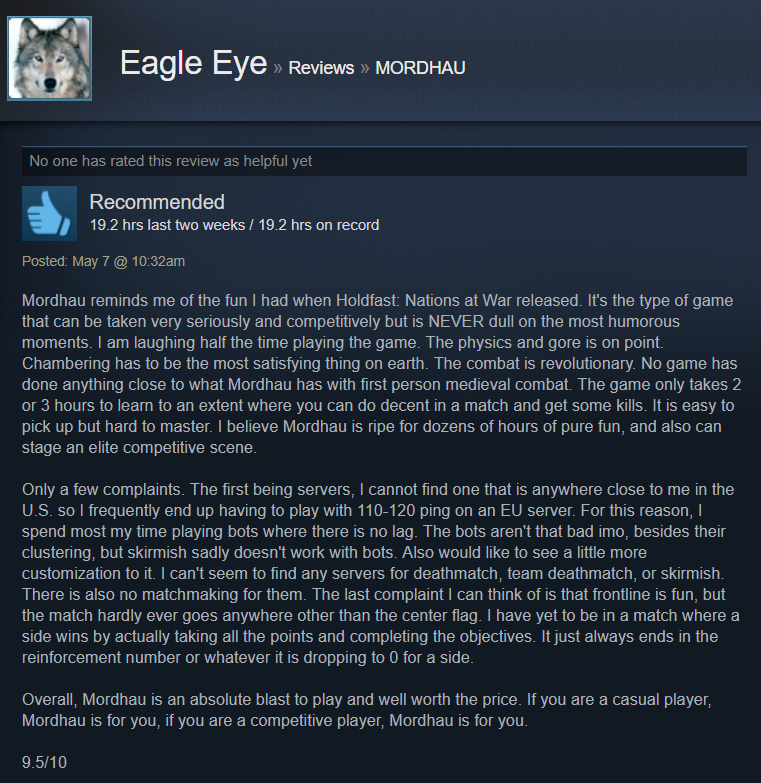 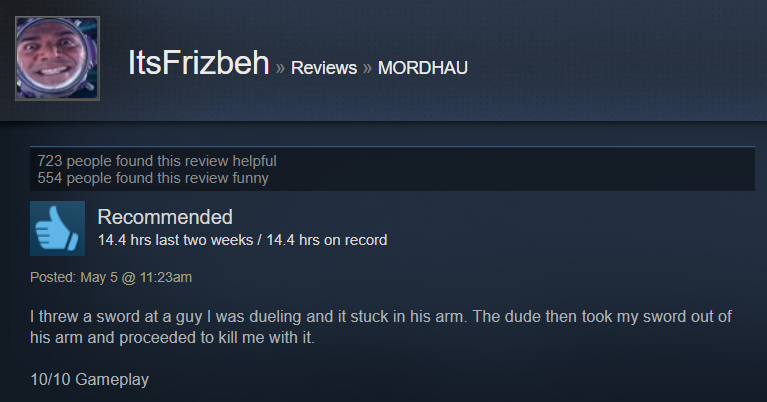 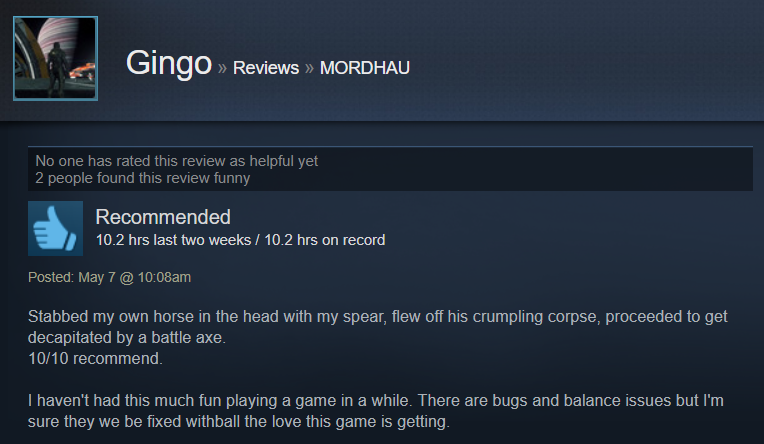 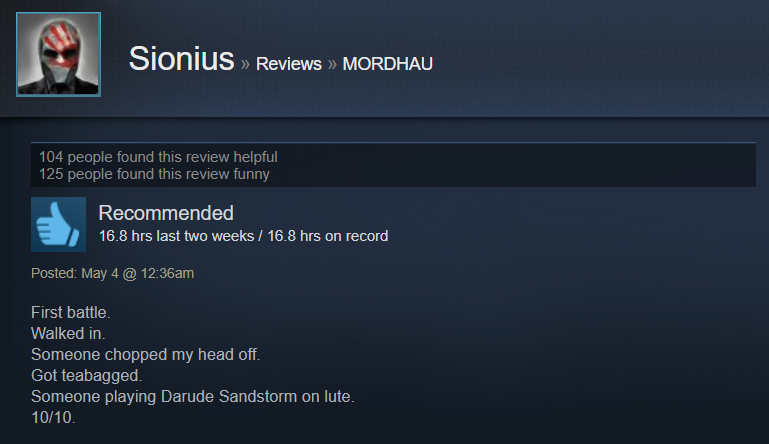 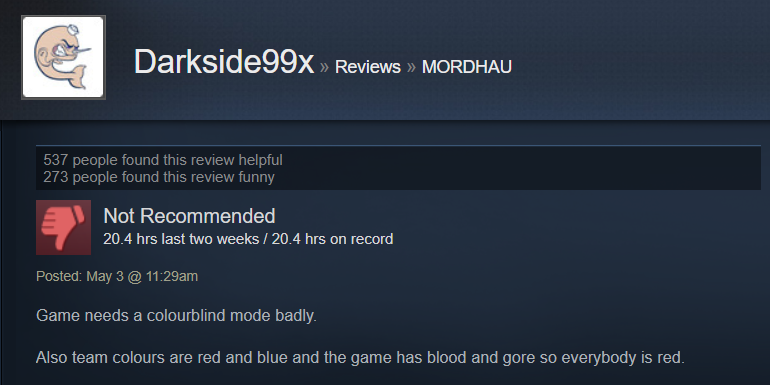 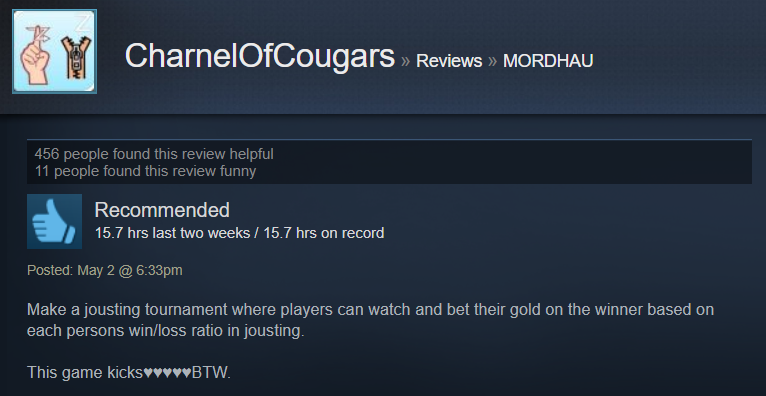 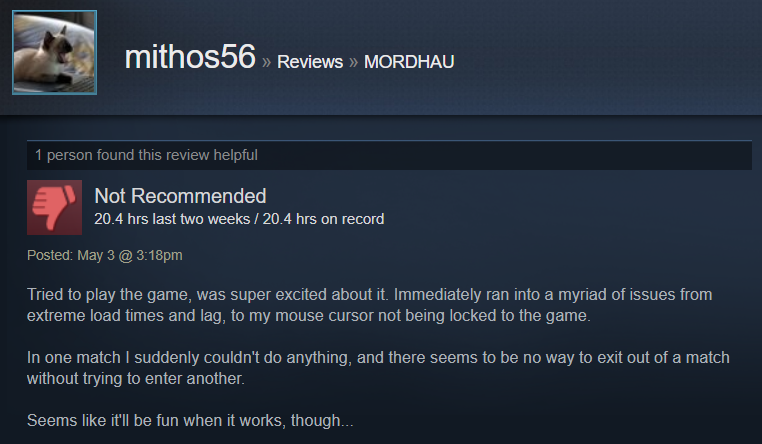 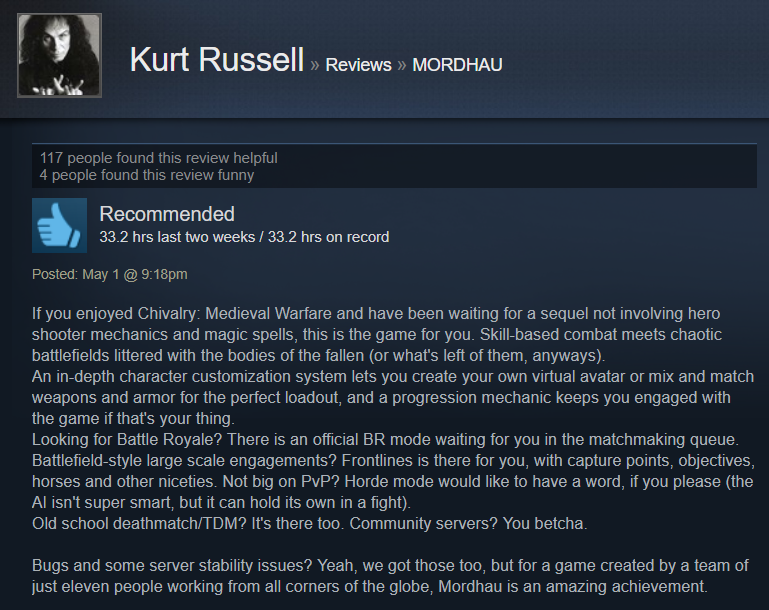 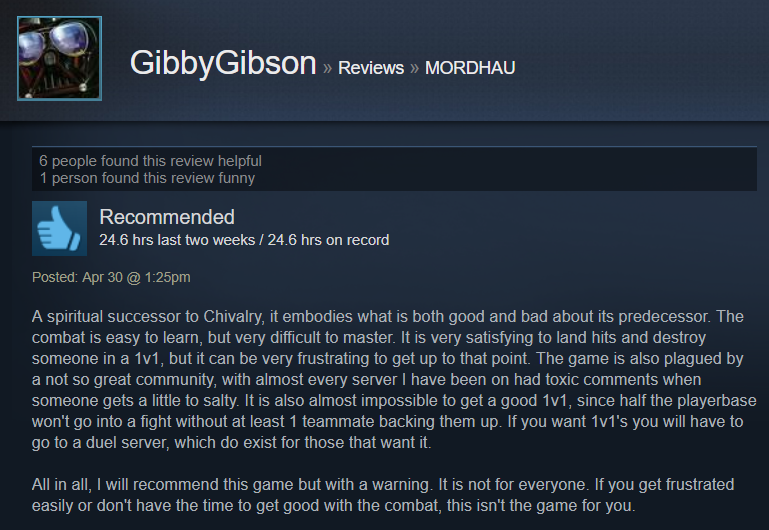 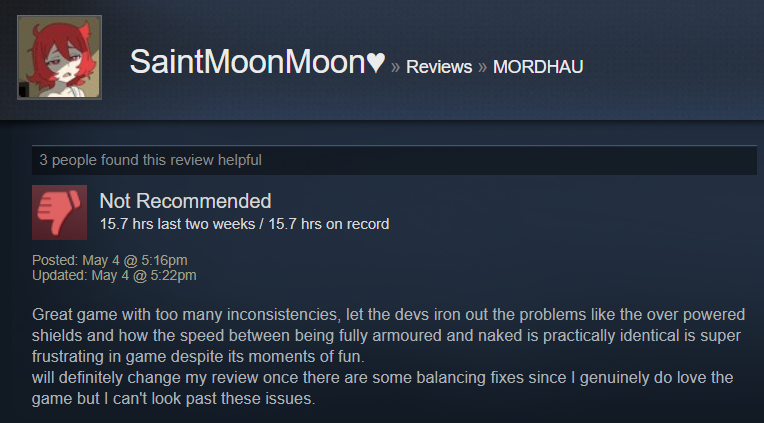 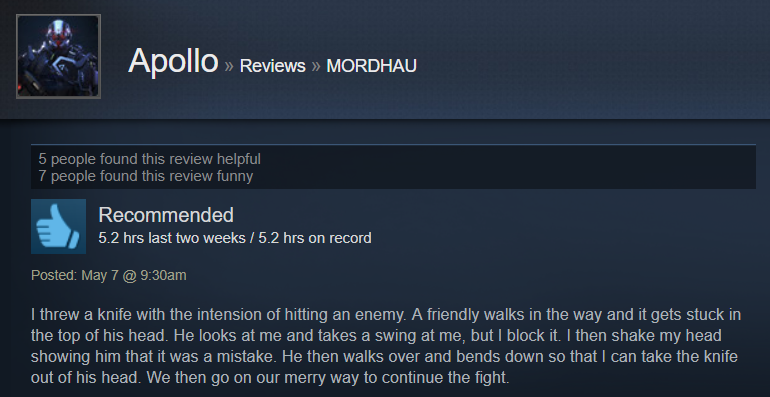 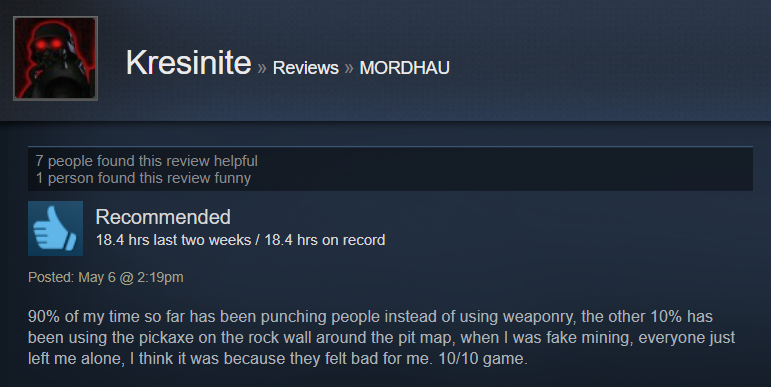 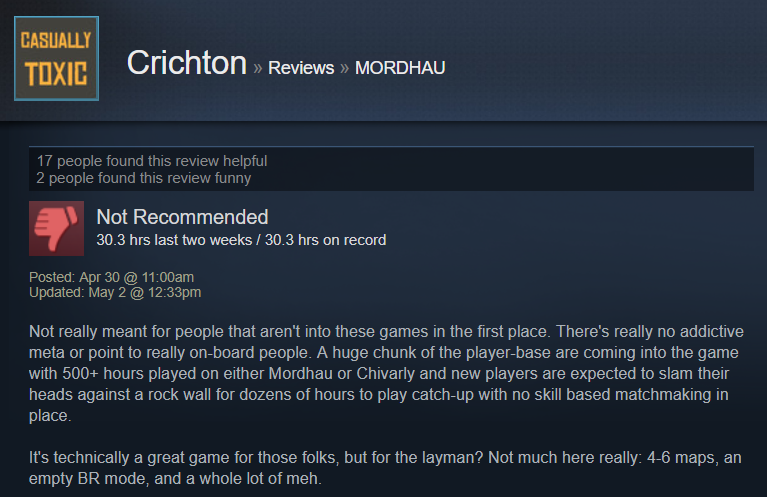 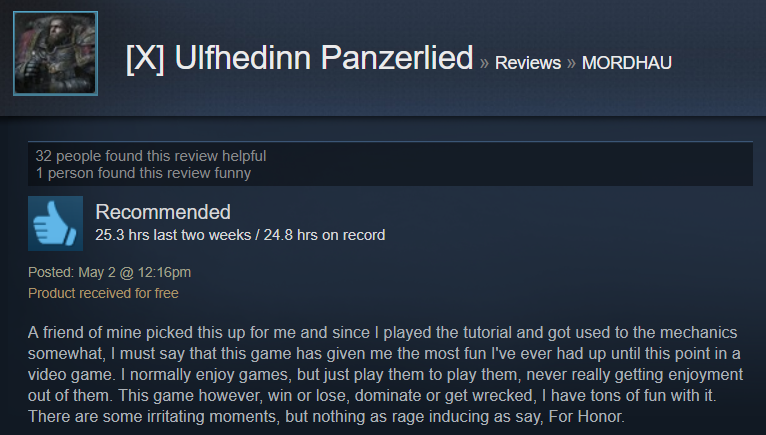