Red Dead Online’s latest update was filled with some fan requested features and items, like ponchos and new missions. But the activity that most fans were excited to try out was poker. Unfortunately, depending on where you live you might not be able to play poker in Red Dead Online.

This past week, Rockstar removed the beta tag off Red Dead Online and in the process launched a massive update which fixed numerous bugs, added new content and rebalanced certain abilities and weapons.

Overall, the update was celebrated in the community as a positive step forward for the game. But some players jumping into the virtual Wild West, found themselves unable to play poker.

At first, some thought it might be a bug or maybe they didn’t go to the right place.

But after contacting Rockstar support they found out the real reason they were being blocked from playing cards was due to regional laws and restrictions.

On the Red Dead Online subreddit, a fan shared the message they received from Rockstar support after asking about poker and their inability to access it. This is the message that the user received.

Thank you for contacting Rockstar Support.

We certainly understand your concern regarding not being able to play poker. We appreciate your interest in using this feature in the game.

We are sorry to let you know that the availability of Poker in Red Dead Online is dependent on regional laws and regulations and may not be available to all players. In short, poker won’t be available in countries where online gambling is restricted or illegal. We apologise if this had caused any inconvenience.

For any new updates, we recommend staying tuned to @RockstarGames on Twitter and Rockstargames.com/newswire.

Your understanding is much appreciated, and please do not hesitate to reach out in the future if you are having technical issues with any of our titles.

“Certain features are not available at all times or for all players. This can occur for a number of reasons including regional restrictions, game design, or the incompatibility between features you are interacting with.”

All of this seems to confirm that the ability to play poker in Red Dead Online is directly tied to the country you live in and the laws of that country. This has, of course, angered some fans, who feel this ban on poker is unfair.

One player in Argentina responded on the RDO subreddit that in their country many online poker games exist, allowing players to use real money to gamble and that even the government has online lotteries, so it didn’t make sense why RDO poker was blocked. Something interesting to remember is that Red Dead Online doesn’t allow players to use real money to buy cash, which is what players use in the poker matches.

Instead, you can only buy gold in Red Dead Online and you can’t use gold to buy cash. This means that the cash players are using in Red Dead Online is never tied directly to purchased currency. However, that distinction doesn’t seem to be enough for some governments.

Of course, there is also the very real and likely possibility that Rockstar themselves opted to block poker in certain countries that have strict gambling laws, to avoid any potential issues in the future.

To get around these restrictions, some players are using VPNs to circumvent the region lock on poker. While some modders and data miners I spoke to said using a VPN would be safe, there is still a possibility that Rockstar would ban players for using VPNs or similar techniques to avoid a region lock. So, be careful.

I reached out to Rockstar for more information about this situation, players using VPNs and regional restrictions in their other games and I was sent this link to the support page that I mentioned earlier with no other details. 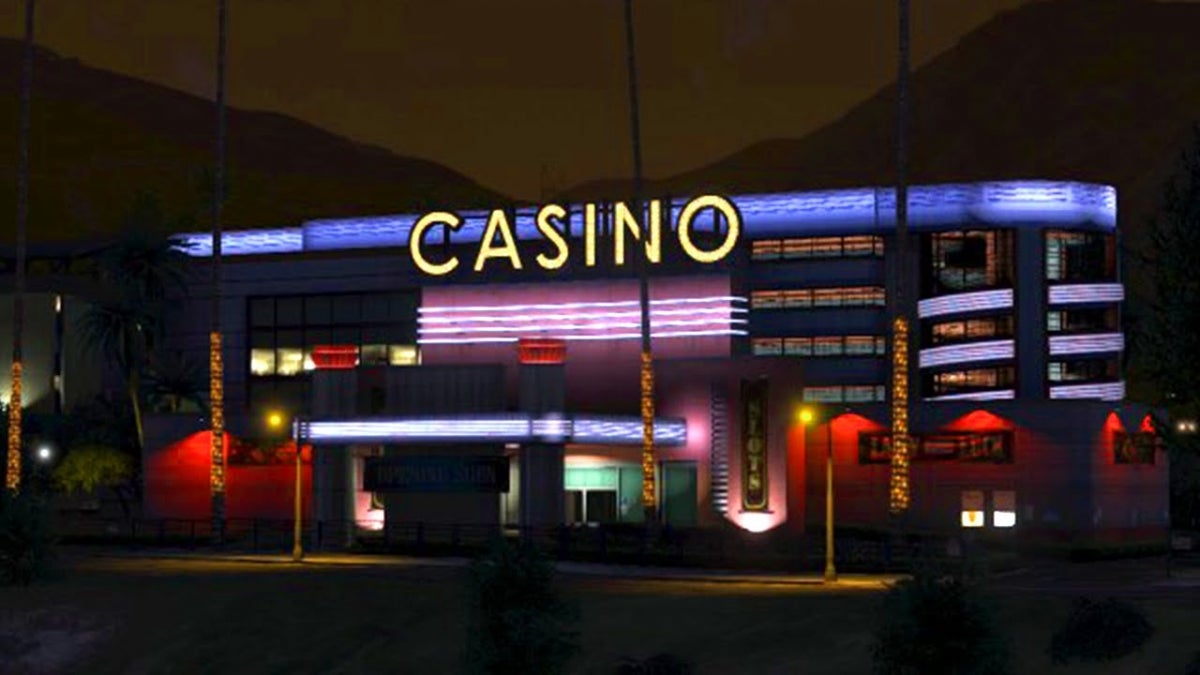 The unused casino in GTA Online

Players have long wanted gambling to be added into Grand Theft Auto Online, which could still happen. But this recent RDO update and poker situation might be a preview of what would happen if the casino in GTA Online opened one day. Many players might find themselves locked out of the place, unable to gamble due to laws in their country.