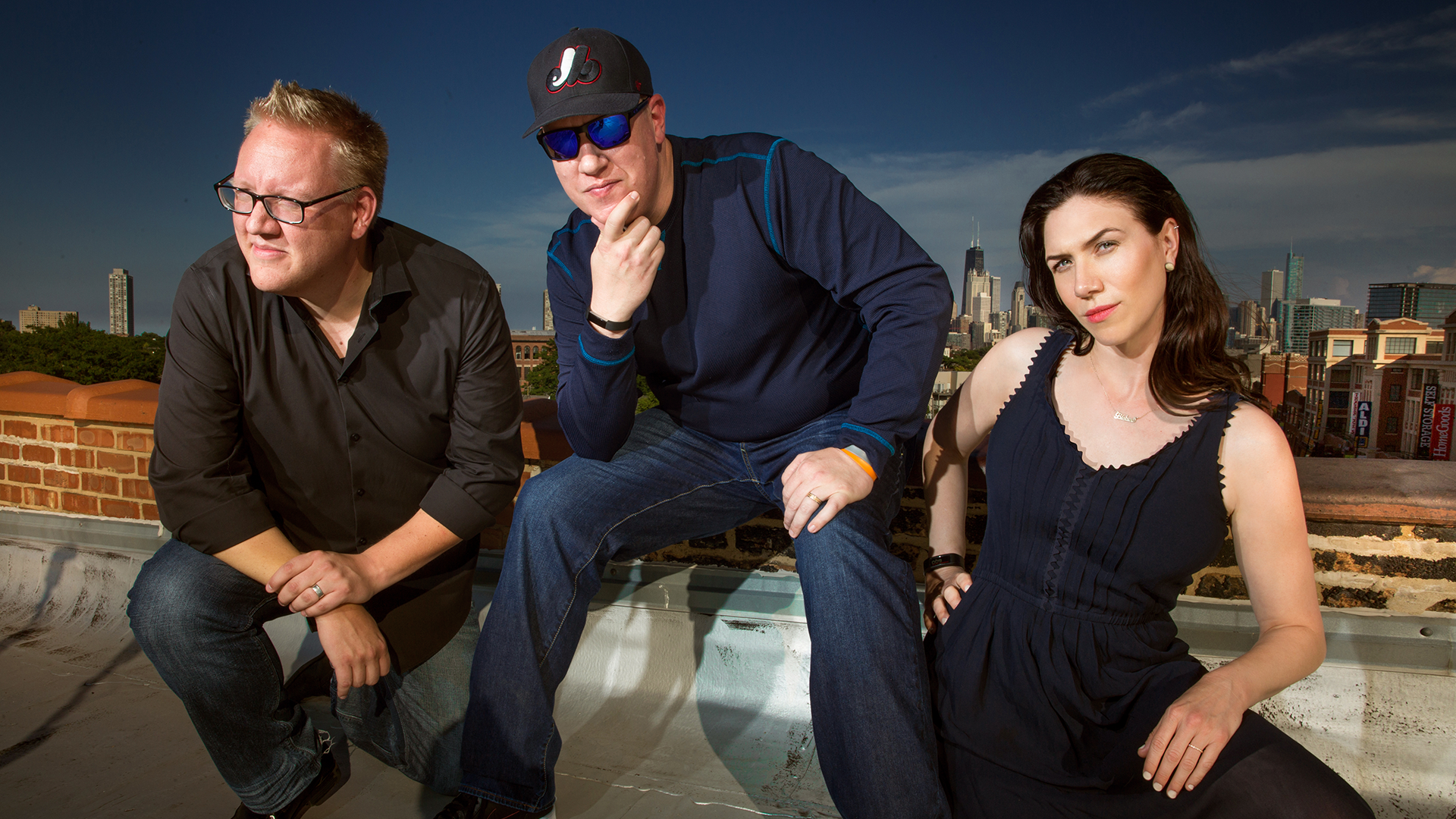 How does the Chicago-based studio Iron Galaxy maintain a healthy work-life balance for all of its employees? On Kotaku Splitscreen, we talk to founder and Giant Bomb jokeman Dave Lang about his leadership philosophies and how Iron Galaxy avoids crunch.

Last week in Los Angeles, I sat down with Lang to talk about founding Iron Galaxy to make video games with his friends, the sacrifices they have to make in order to ensure their 140-person team doesn’t work any overtime, and accepting that they might never be every gamer’s favourite game company.

Listen above, or read an excerpt here:

Dave Lang: When I started IG, the only goal was to work with my friends for the next 30 years. I don’t care what we do. There’s not this game in my head that needs to get out. Only thing I give a shit about is that I get to work with my best friends until I retire. And everything in the company is optimised towards that goal.

Jason: That’s cool. One of the reasons I wanted to talk to you is that poking around the Chicago game dev scene, you guys have a reputation for not crunching, for treating your workers like human beings. Who would’ve thought that’d be a strange thing? Is that because of your experiences at Midway?

Lang: I was trying to think of the best way to answer. I have kind of a weird relationship with crunch personally. I had this big Twitter thread where I enumerated a bunch of bad crunch experiences in my life. If you’ve done this job long enough, you’ve missed a wedding. You’ve missed a kid’s birthday. You’ve made a personal sacrifice.

Jason: Hopefully you haven’t missed your own wedding.

Lang: Not my own, thank goodness. I did cancel my first honeymoon, though.

Lang: So that thread is a lot about: ‘Wow, this part sucked.’ But personally I don’t hate crunch. I’m not a staunch anti-crunch advocate. I’ve worked on games where you crunch crazy and I had a fun time doing it, because I’m there with my friends, and we’re doing things like that. I’m not one of these people who believes after 40 hours you start making more mistakes, and it’s ineffective.

If game team B is working 60 hours a week, and we’re working 40 hours a week, they’re going to have a better game than we will. That’s just a fact. The difference is I don’t give a shit. One of my leadership philosophies is: don’t ask anyone to do something I wouldn’t be willing to do myself.

And because I don’t want to do that, it feels really crappy to ask other people to do it, and I just don’t run the company that way.

Jason: So by your own logic aren’t you sacrificing the quality of the stuff you guys work on?

Lang: We’ll just get more time or whatever. There’s other ways to skin the cat. That was more to illustrate: I don’t believe working less gets better results, like some people do. That was more illustrating that point. But sometimes, I think when people work with us, they know our policy generally, but they do it anyway because they know— We’re often in a situation where, ‘Hey port game X to platform Y for us,’ and we’re getting 30 bids or whatever it is.

I know we’ll be in the top three most expensive and longest, I just know we will. That means we tend to work with people who value quality over money, and people who have planned their [platforms] far enough in advance where they can let us take longer to do it. We still get there, it just costs the publisher more money, but they know it’s going to be good, it’s not going to be like a carrier landing.