In Fable 2, The Way To A Man’s Heart Is Through Farts

Fable 2 is a weird game. Fable 2 is a Peter Molyneux game. Those two sentences are one and the same. Molyneux’s style of game development is — at least the way I imagine it — to walk into the room where all the designers are, ask them to make something outlandish and nonsensical, and leave again.

It sounds incredibly frustrating, but damn if it doesn’t make some of the best, strangest things possible.

In Fable 2, that was just about everything. I began the game as an innocent young girl with a faithful canine companion. I ended the game as a towering, muscular hunk of beef and scars, both physical and mental.

I shagged my way from town to town like a travelling wank fantasy. The townspeople, strangers and friends alike, called me “Dumpling”, a title earned by having multiple lovers. Pig, my faithful canine companion, couldn’t dig up prophylactics fast enough to keep up with my philandering ways. 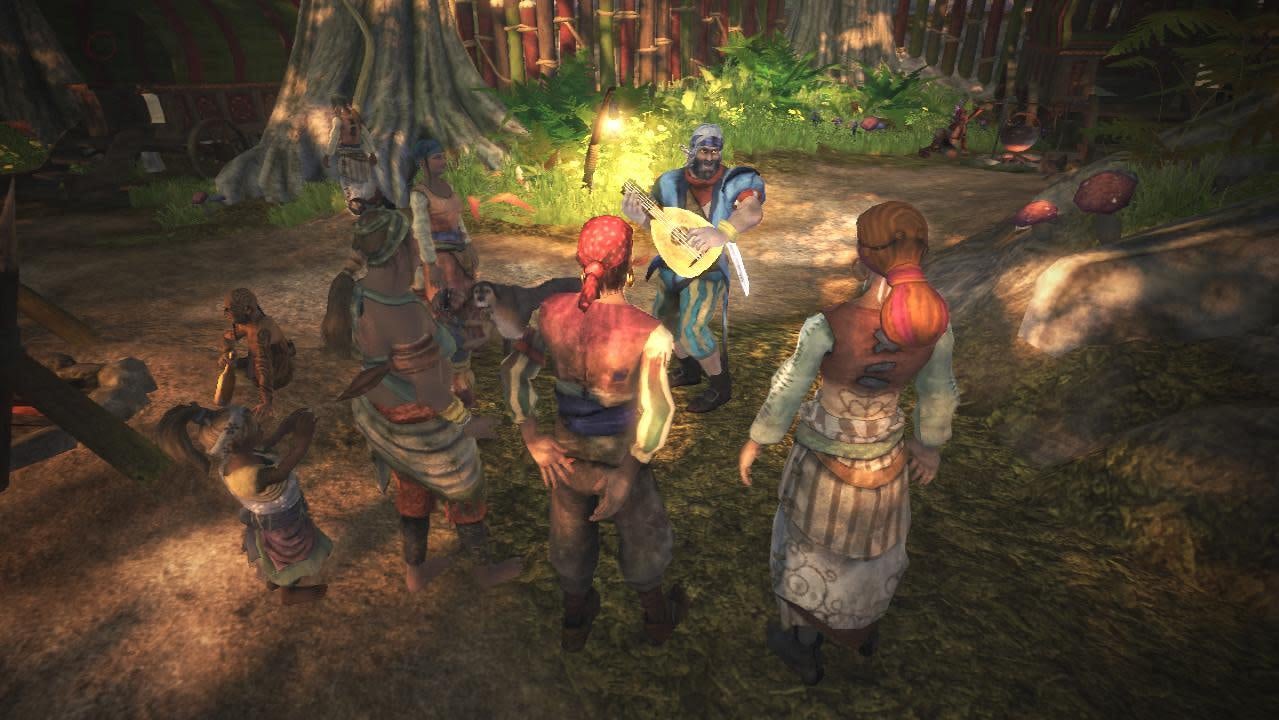 In each town, I would pick a favourite — usually whoever responded best to my usual flirting tactic of “fart until they love you”, because I was a woman of few words. I would buy a house using my mountain of ill-gotten gold, and set them up there as a sort of holiday home for sex. A holiday bone.

But my true love, my one and only, was dearest Ernie. Ernie — if that was indeed his name, because the memory has grown fuzzy in the six years since I played — was a simple farmer. Or merchant. Or something peasant-y, anyway.

He could not have known what the future held when this warrior-sized stack of angry pancakes walked up to him and began to fart amorously in his direction. All he knew was that he was in love.

It was a brief courtship. Many people got married after just a few weeks in those medieval days, but for me and Ernie, we couldn’t wait — it was love at first toot. But, unbeknownst to Ernie, I had an ulterior motive for our relationship. 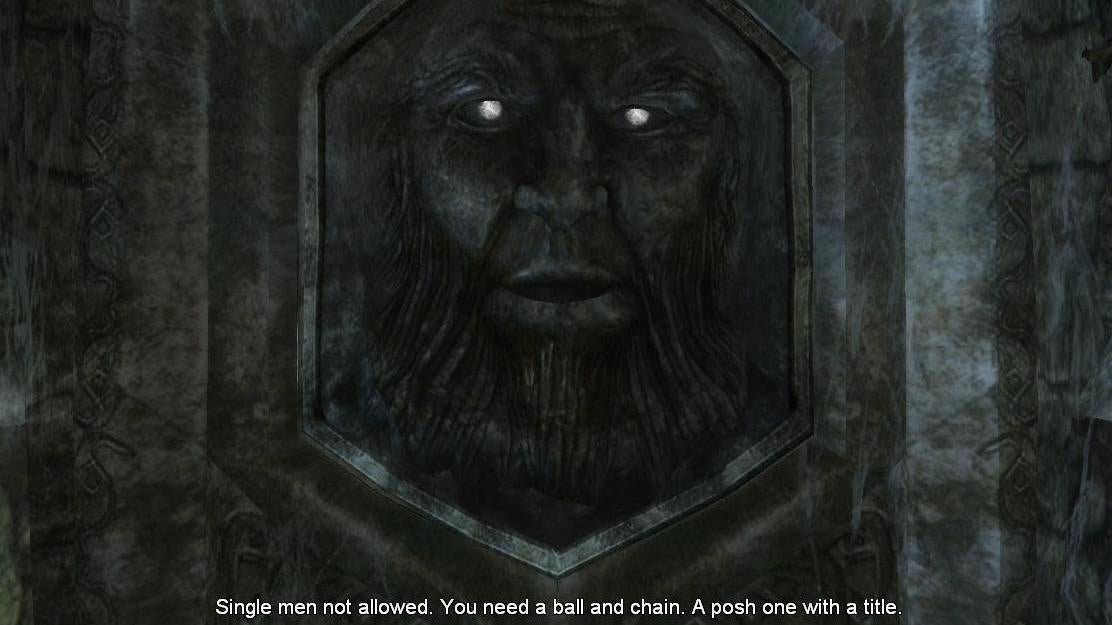 Fable 2 has these things called Demon Doors. They are magical, living doors that require something of the player. One asks you to be cruel to a chicken, because he misses the taste of meat; another wants to see your dog perform a bunch of tricks. The Demon Door in question wanted me to put on a display of true romance — and that meant a proposal.

So I went, Ernie in tow, to the Demon Door, and after a show of commitment, the Door opened — revealing, inside, a beautiful little cottage called Homestead.

Ernie and I got to consummating our relationship and christened the house right away, getting pregnant immediately, because this is a game about a heroic quest, not child-rearing. The sex was even briefer than our five-minute courtship: The screen turned black, accompanied by some grunting and moaning, and Ernie said something generic about what a good lover I was. Thanks, babe.

The only problem was that Homestead was still behind that Demon Door. This meant that leaving the house and going back to my heroic stuff meant leaving Ernie and our child locked behind an unbreakable door. No school, no grocery shopping, just Ernie and baby, alone, forever. 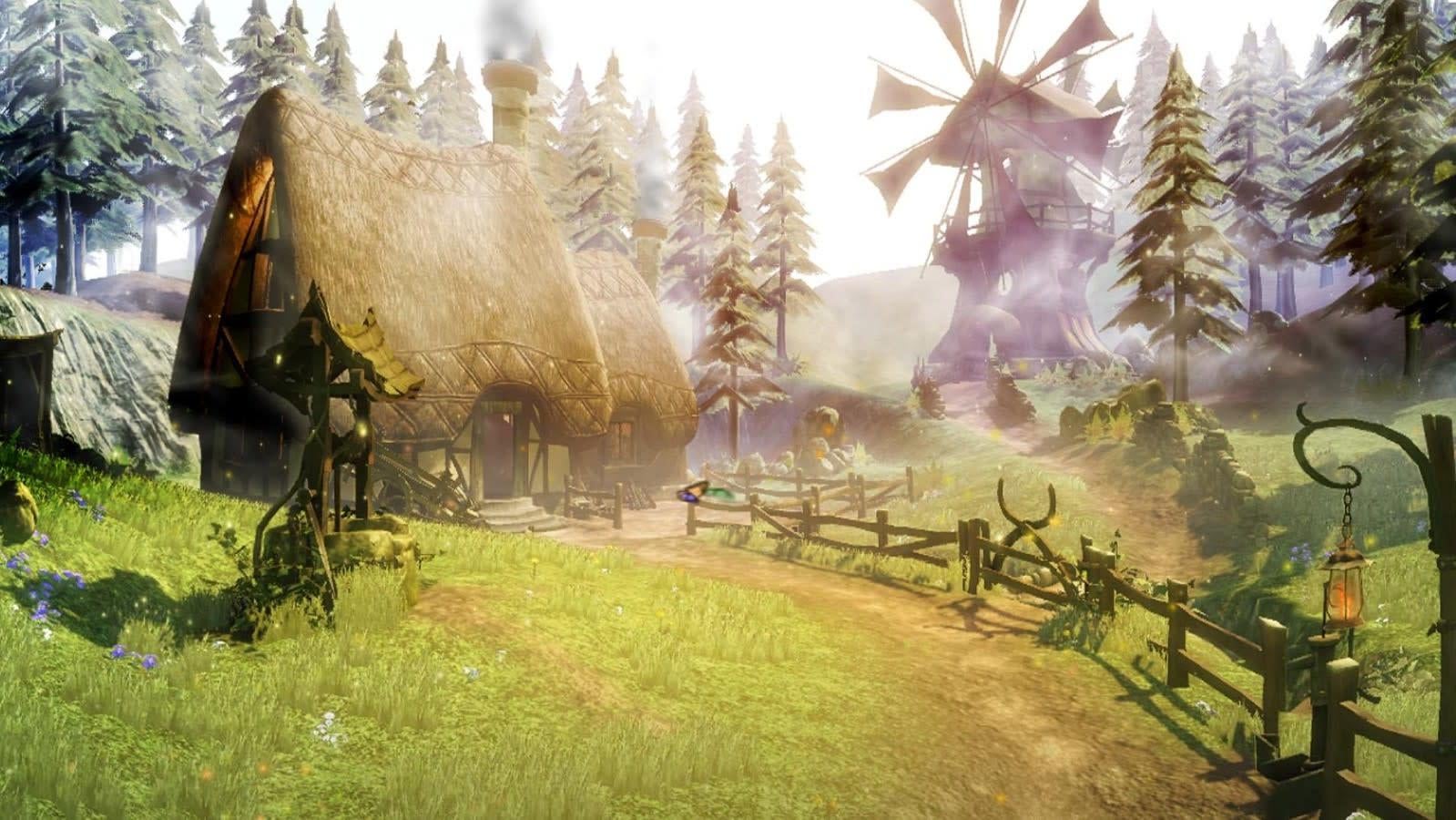 Would I live in this house, alone, with no access to people or the internet for 10 years? Yeah. Obviously. What’s the catch?

Shortly after I left, I got caught up in the questline that drops you in a prison slash labour camp for 10 years. I spent every one of those 10 years — in game time, only about an hour or two — pining for my love. Or, rather, wondering if he was starving to death behind that door.

The first thing I did on my return, other than lovingly squeezing Pig like a long-lost tube of toothpaste, was to find Ernie — and there he was, faithful as ever, with our weird, ugly baby, who had grown into a child in the time I’d been gone.

I don’t know how they survived, but the fact that they’d been together, just the two of them, trapped in this tiny but beautiful corner, was quite heartwarming.

Fable 2 was a weird game. And we haven’t seen the likes of it since.