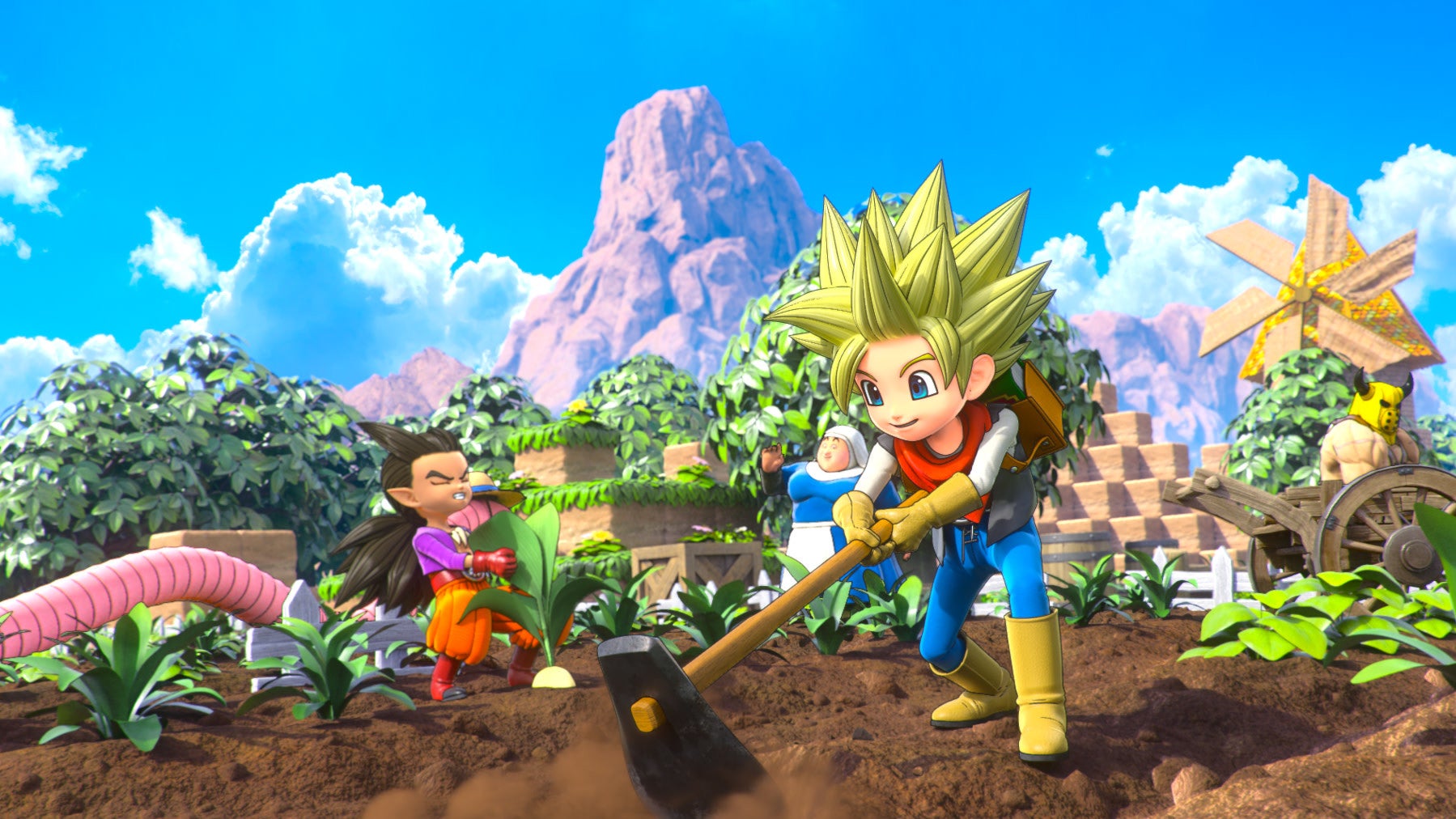 In Dragon Quest Builders 2, you play as a little anime friend who knows how to build stuff in a world where building things is outlawed. It’s very funny. Often in the game’s opening hours, you will construct something like a simple straw mat, and people will look at you like you invented a bubble gum that makes people sing like Ariana Grande. How did you do that? They will wonder. Is that allowed? They will ask. You didn’t just… “build” something did you? They might fret.

Once their amazement passes, another funny thing happens, one that actually matters for your progress through the game. The characters for whom you built something will rush over in excitement, and literally explode with joy. Little yellow, green, and orange hearts burst out from them for you to collect. These hearts are what Dragon Quest Builders 2 calls gratitude points.

Collect enough of them, and you can ring the bell at the centre of the town you’re in to level up that town, unlocking new blueprints and recipes for you to build and craft and generally just make an even better town.

Helping townsfolk is a staple of role-playing games. It’s one of the weird little idiosyncrasies of the genre, which often casts players as powerful warriors who are capable of stopping existential threats but also presumes that they wouldn’t get annoyed by a farmer asking them to find a chicken that ran off.

Dragon Quest games in particular are well-suited to this kind of diversion. That’s because they are, as Kotaku’s Tim Rogers noted in his review of Dragon Quest XI, basically bedtime stories. They’re meant to be sweet and endearing, just as much storybook as they are games. They’re stories set in worlds where helping people is something everyone does, just because it’s nice and right.

I think about that a lot as I play Dragon Quest Builders 2. Watching its little townsfolk explode with gratitude, it’s nice to see these ideas made just a little more tangible, to see how they feel externalized in a gameplay system.

While you could argue (and I would) that the purity of that feeling is compromised by attaching it to a system that lets you earn new things, making all of your altruistic efforts into more of a transaction, the moment of the heart explosion itself remains a joy.