The Power Rangers Comic’s Emissaries Are Such A Cool Idea

One of the best things about Boom Studios’ ongoing Power Rangers comic is its deep dive exploration into a ranger mythology well beyond our primary teens with attitude. It’s led to some cool ways to represent the vast legacy of the last two-and-a-half decades of Power Ranger teams — and in the process, the creation of one of the simplest, yet coolest visual effects.

This week’s Mighty Morphin’ Power Rangers #41 — by Ryan Parrott, Daniele Di Nicuolo, Walter Baiamonte, Katia Ranalli and Ed Dukeshire — picks up immediately where the seismic status-quo shifting timeskip of the prior issue left off: The revelation that Jason, Zach and Trini didn’t actually leave their friends and the Power Rangers behind to go to a peace conference in Switzerland (seemingly forever, as the show would’ve had us believe back in the day).

Instead they now help save the cosmos from interstellar threats directly on behalf of the Morphin’ Masters, the ancient sorcerers whose almighty abilities power the Morphing Grid itself. They’re no longer Mighty Morphin’ heroes, but, alongside an alien warrior named Kiya, are now the Omega Rangers. They even have very cool new costumes to go with the title change! 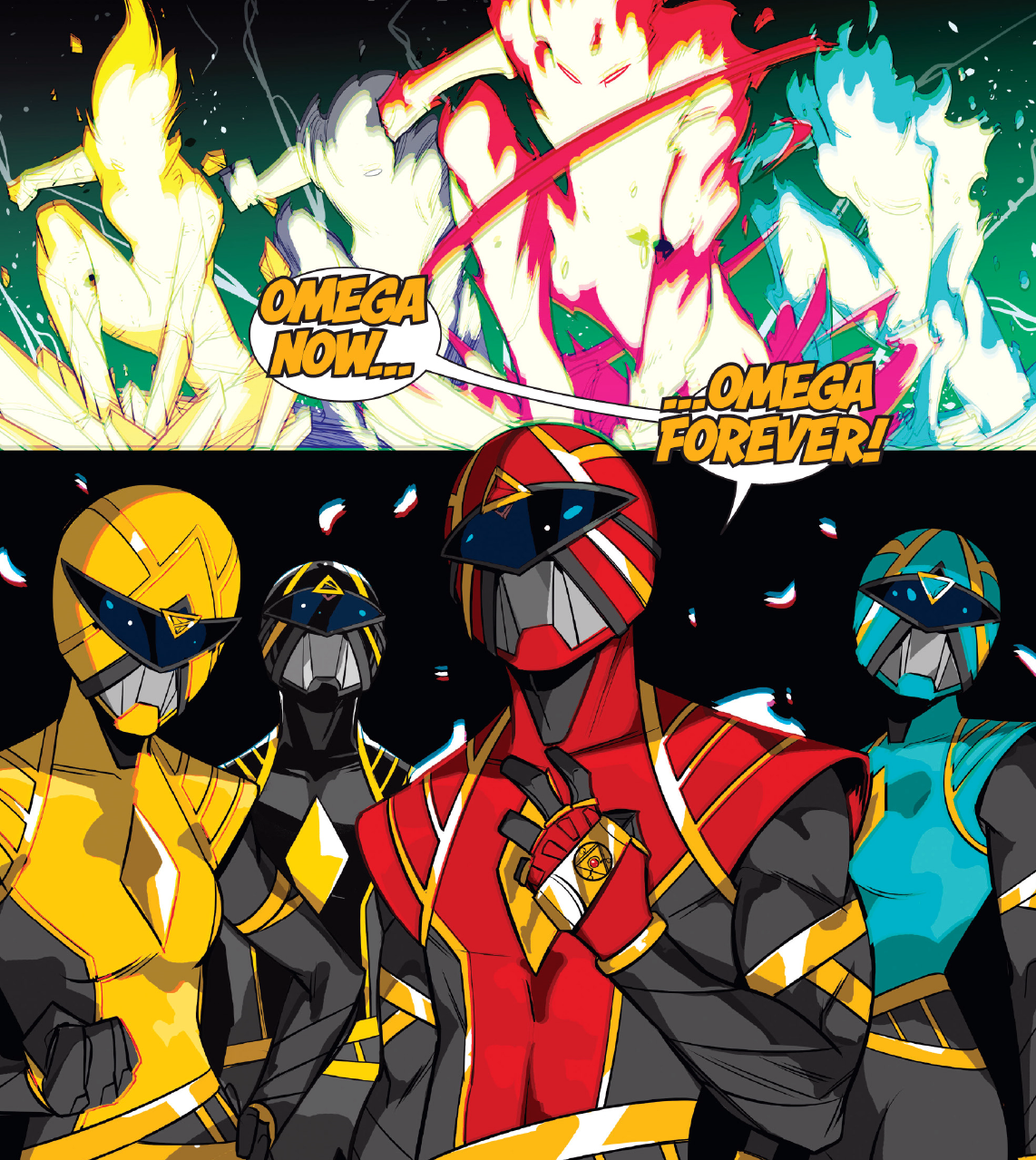 And yet, these still aren’t the coolest costume designs in Mighty Morphin’ Power Rangers #41. That goes to the agent the Omega Rangers work for: The Blue Emissary. If you haven’t been keeping up with the comic, the Blue Emissary looks like this: 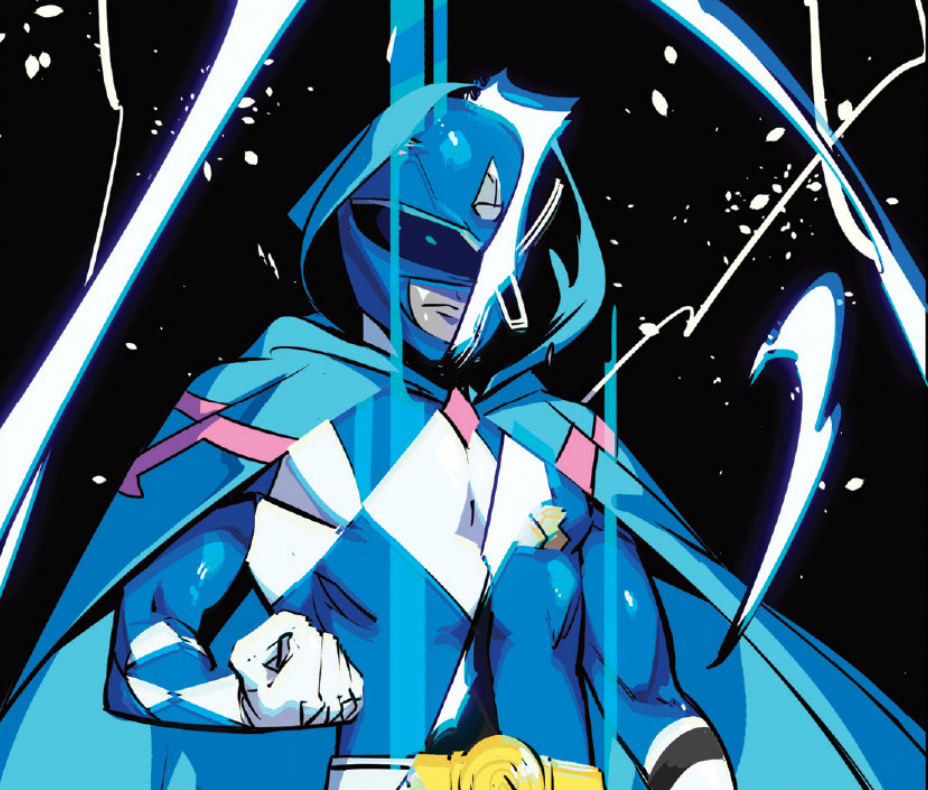 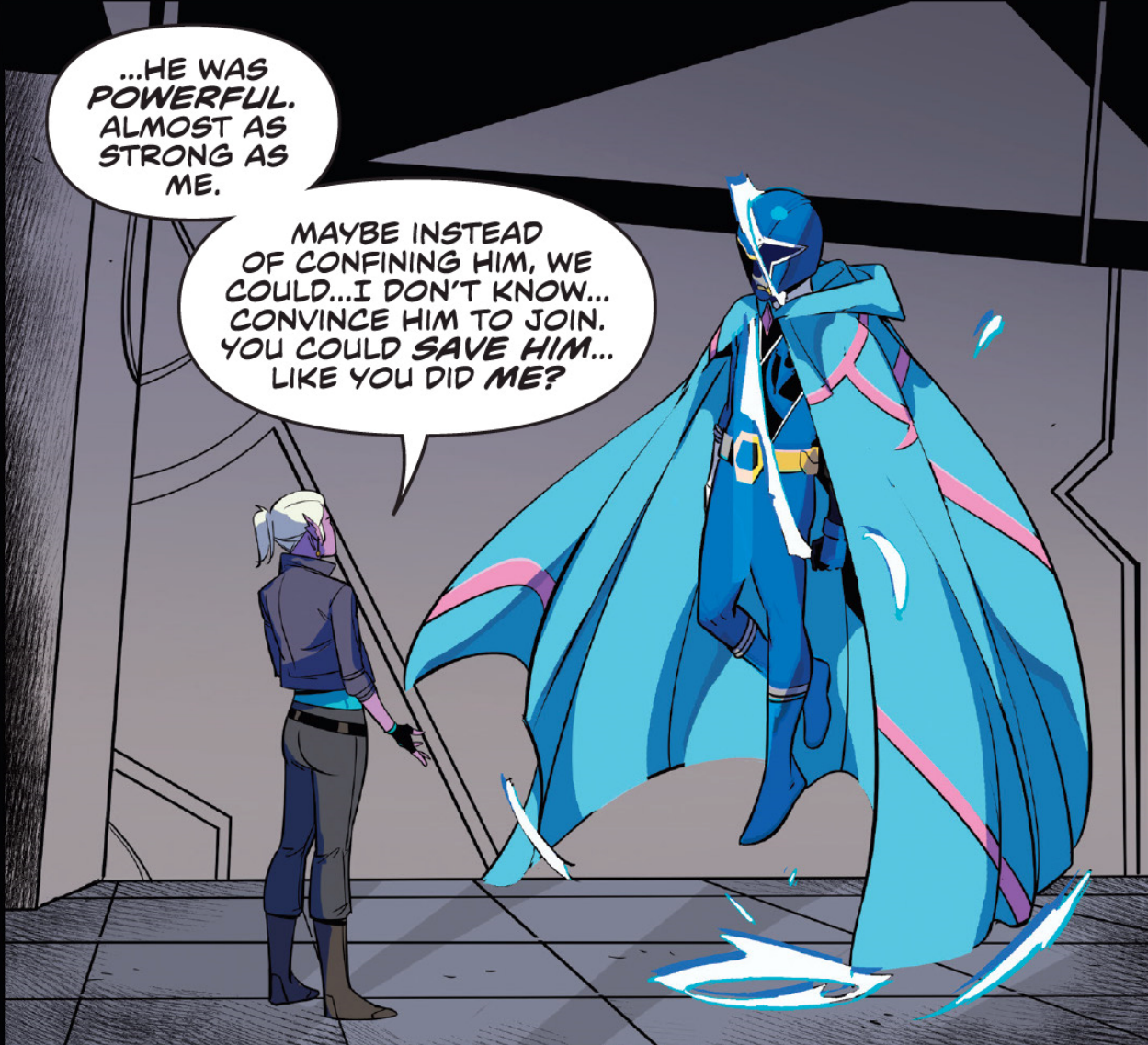 On paper, it’s such a simple idea. But Di Nicuolo and Baiamonte’s execution of it is remarkable in its effectiveness. For every panel the Blue Emissary appears in in Power Rangers #41, sequential or otherwise, their costume flickers between a whole gamut of Blue Ranger uniforms.

A Lost Galaxy chestpiece here, a dash of Dino Charge helmet there, from the triceratops helmet of Billy’s Mighty Morphin’ gear all the way up to the gorilla-themed helmet of the current Ranger team’s Blue, Beast Morphers.

It mixes and mashes them all at the same time, to represent the Emissary’s body constantly shifting and warping, a literal embodiment of the grid itself — past, present and future.

This isn’t the first time an Emissary has appeared in the series. There are three of them, one representing each of the three most prominent primary colours in the Power Rangers and Super Sentai pantheon: Red, Yellow and Blue, the latter of whom has become the Omega Rangers’ primary commander in their constant fight to safeguard the multiverse.

They previously showed up in the lead up to, and aftermath of, the anniversary crossover event Shattered Grid, introducing our Angel Grove teens to a destiny and legacy far beyond just Zordon and their close circle of rangers. 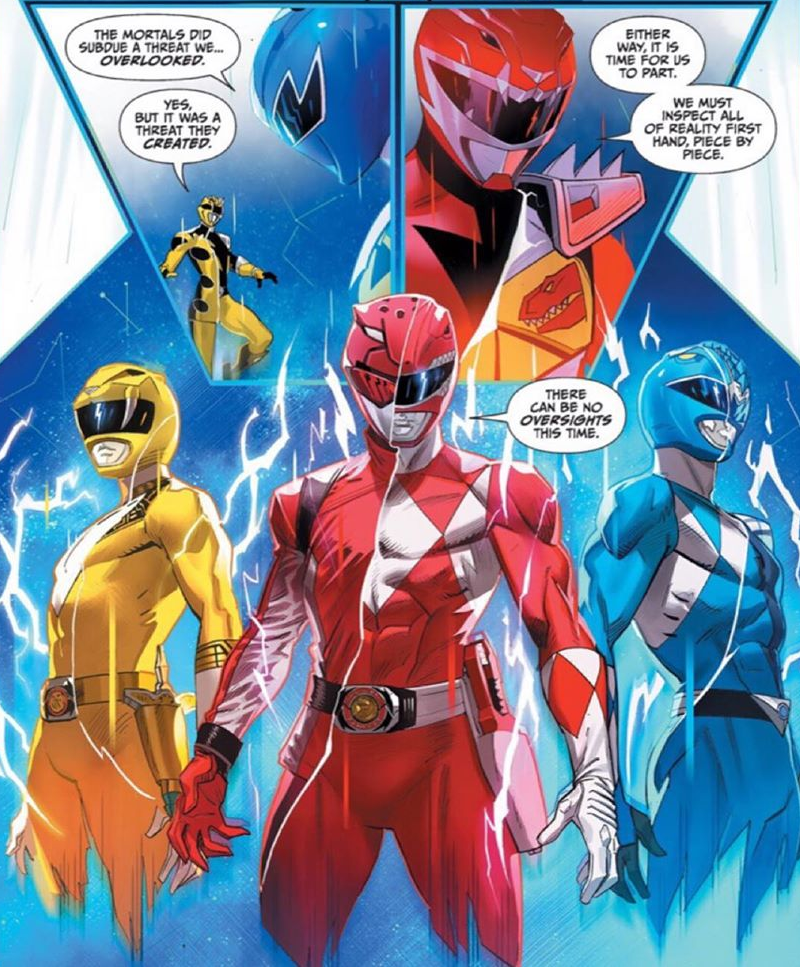 Super Sentai — the Tokusatsu series has a character called AkaRed, the embodiment of the spirit of every Red Sentai hero since the franchise’s beginning with Himitsu Sentai Gorenger, who occasionally shows up for franchise anniversaries as a connection between every Sentai team.

But unlike AkaRed, who has a static, but unique design (including the Sentai franchise’s anniversary badges as his own emblem), the Emissaries’ constantly-in-flux appearance speaks to a much more interesting, if literal take on inhabiting the very spirit of these ranger colours.

Plus, it’s a neat, in-universe way to explain why Power Rangers teams rarely go without the Red/Blue/Yellow trio across every iteration. 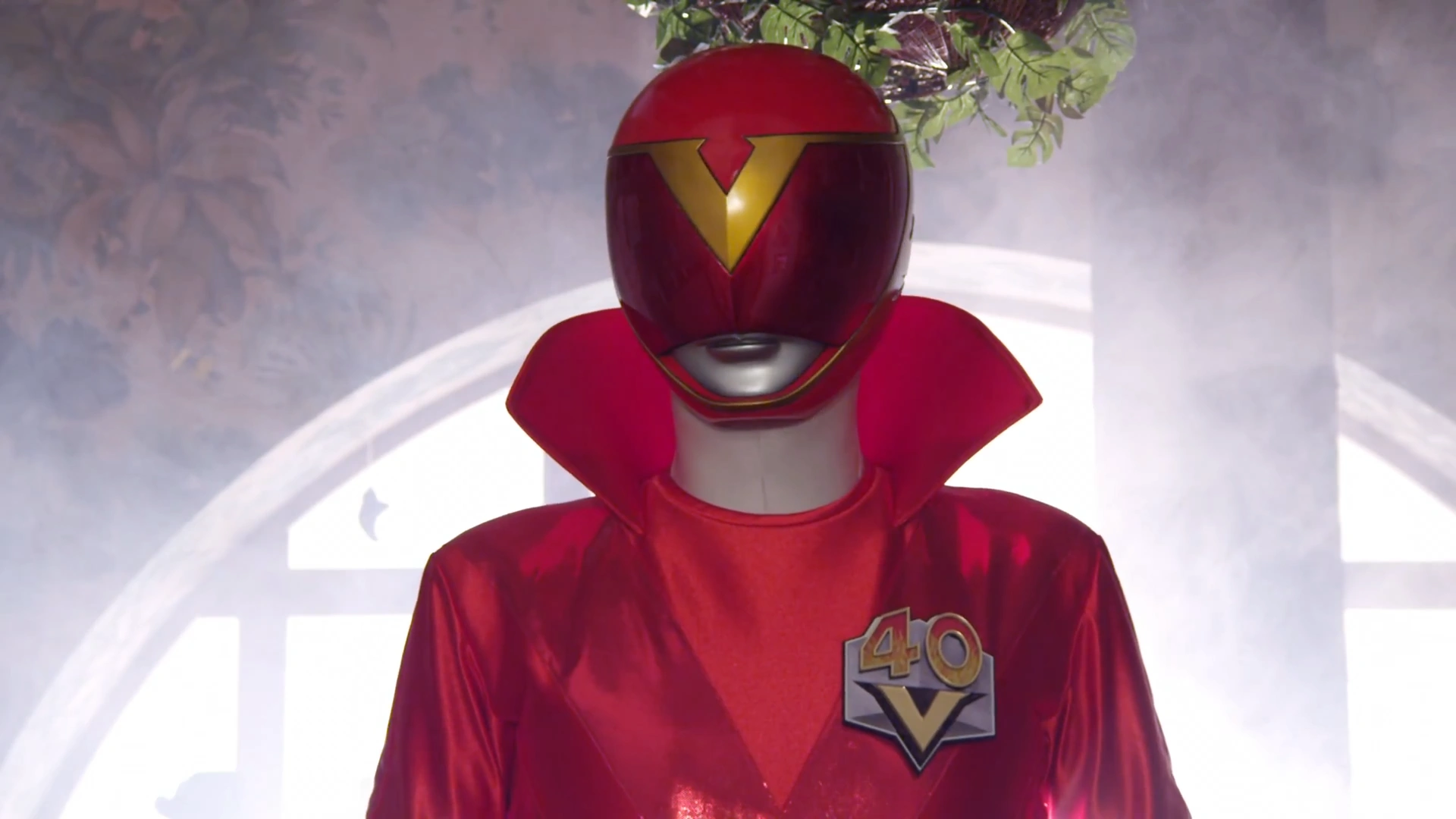