15 Years Later, I Was Finally Brave Enough To Finish Doom 3 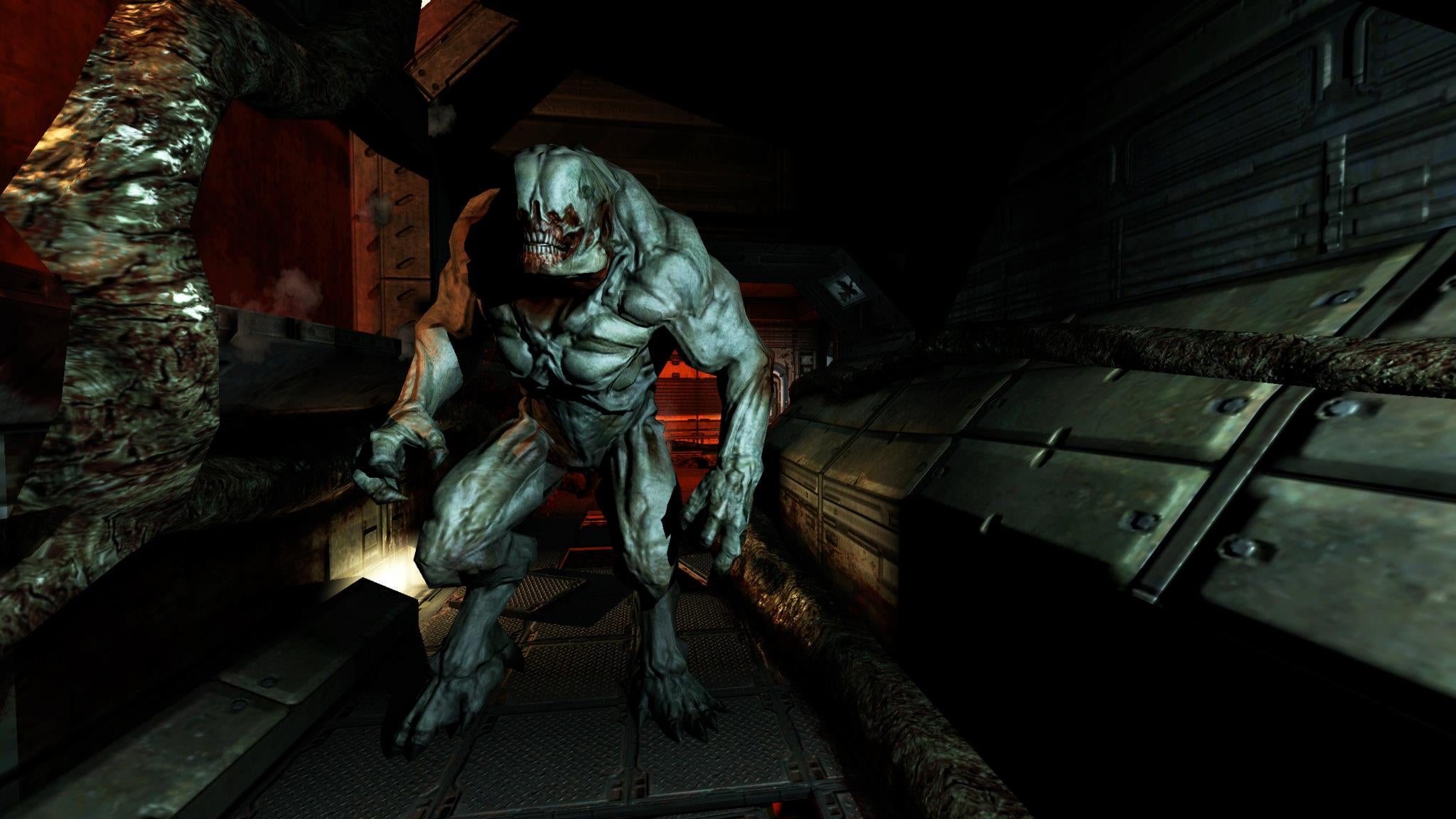 After the recent surprise release of Doom 3 on PS4, Xbox One and Switch I felt I needed to finally accomplish something I had been putting off for too long. It was time to load up Doom 3, start a new game and finish this thing. I tried before when I was much younger and fear stopped me dead in my tracks. Now I was older, braver and ready to kill all the demons and get this monkey off my back.

But first, let me take you back nearly 15 years ago when a young Zack discovered news of Doom 3 coming to Xbox. I had enjoyed playing the original games on my PC and was excited to play another Doom and this time, I would get to do it on my Xbox. That sounded great to me!

Not long after this, I received issue 44 of the Official Xbox Magazine and it had a demo on it of Doom 3. The disc had a few different demos, including one for the now-forgotten Darkwatch. But the one I was most excited about was a small demo of Doom 3. At this point, May 2005, Doom 3 had been out on PC for about a year. But I didn’t have a computer that could run and so this was my first taste of Doom 3. I was ready, or so I thought.

Back in 2005, it wasn’t easy to just watch gameplay footage of a game. Especially if, like me, you had dial-up internet still. So I went into Doom 3 basically knowing very little about it beyond the trailer on the demo disc, which looked a little scary.

The demo was terrifying. 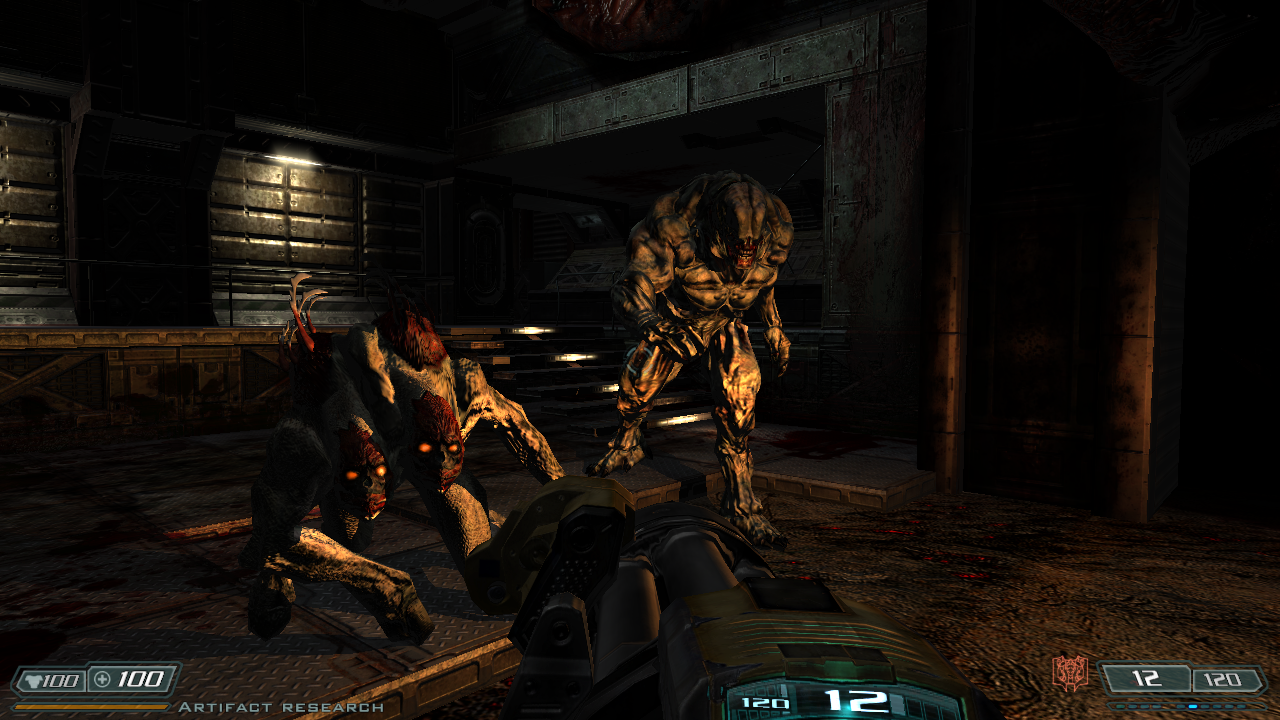 The way the game built up the dread and atmosphere was very effective, especially if you were 13 years old and alone in a dark room in the middle of the night. I remember feeling more and more paranoid as I played. Something was watching me. I always felt that sense of something hunting me. Eventually my panic and fear grew too large and I turned the lights on and quit the demo. I came back later and ended up finishing the demo, but I was scared. What would the full game be like?

The answer was: Even worse!

Playing through Doom 3 was hard for me. It scared me enough that after 30 mins or an hour I would end up having to take a break. Walk away from it. Play something else or go outside or watch a movie. Anything to escape Doom 3. 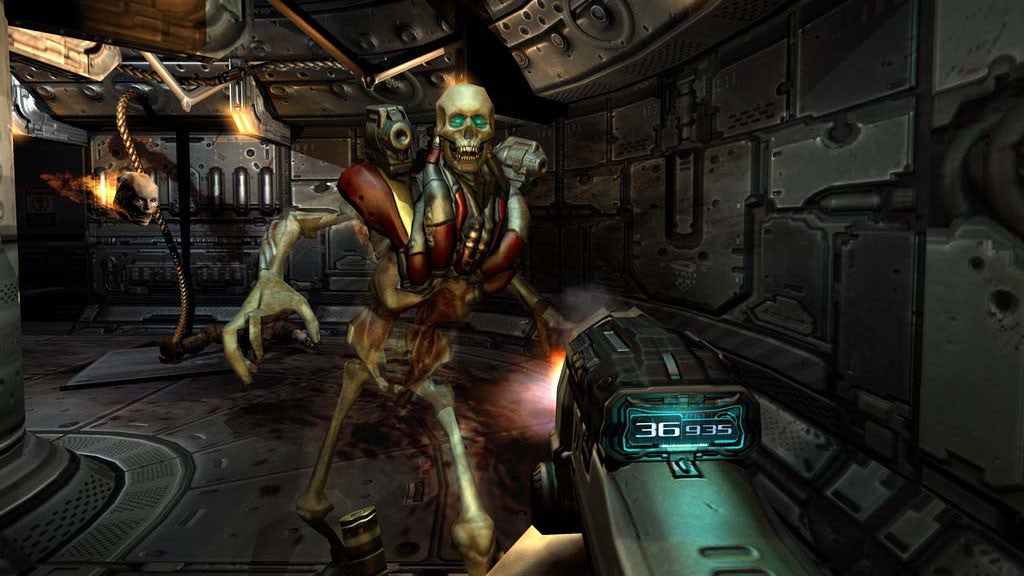 The darkness really scared me. In the original Doom 3, you could only use your flashlight by lowering your weapon. So to see in the dark areas of the game, you would have to go in defenceless. If something did pop up you would then have to drop your flashlight and fire blindly into the inky darkness, hoping whatever you were shooting would die before it got to you. This rhythm of combat caused me to get more and more anxious and afraid as I played, which is why I needed frequent breaks.

Eventually, I made enough progress that I reached Hell. Then I found myself surrounded by screams and yelling, fire and brimstone and deadly demons. Oh, and at this point in the game, Doom 3 takes away your weapons and only gives you some of them back over time with limited ammo. 13-year-old Zack had enough. After pushing through to this point, losing my guns and being surrounded by pain and suffering was too much. I shut Doom 3 off and never returned.

As the years went by, I would think about playing it again but never really did. When the BFG Edition was released in 2012 I messed around a bit with it via Gamefly, but too many other games distracted me from playing it more. Honestly, my brain was also holding me back. Some part of my mind still remembered the pain and trauma the game caused and was keeping me away from it. 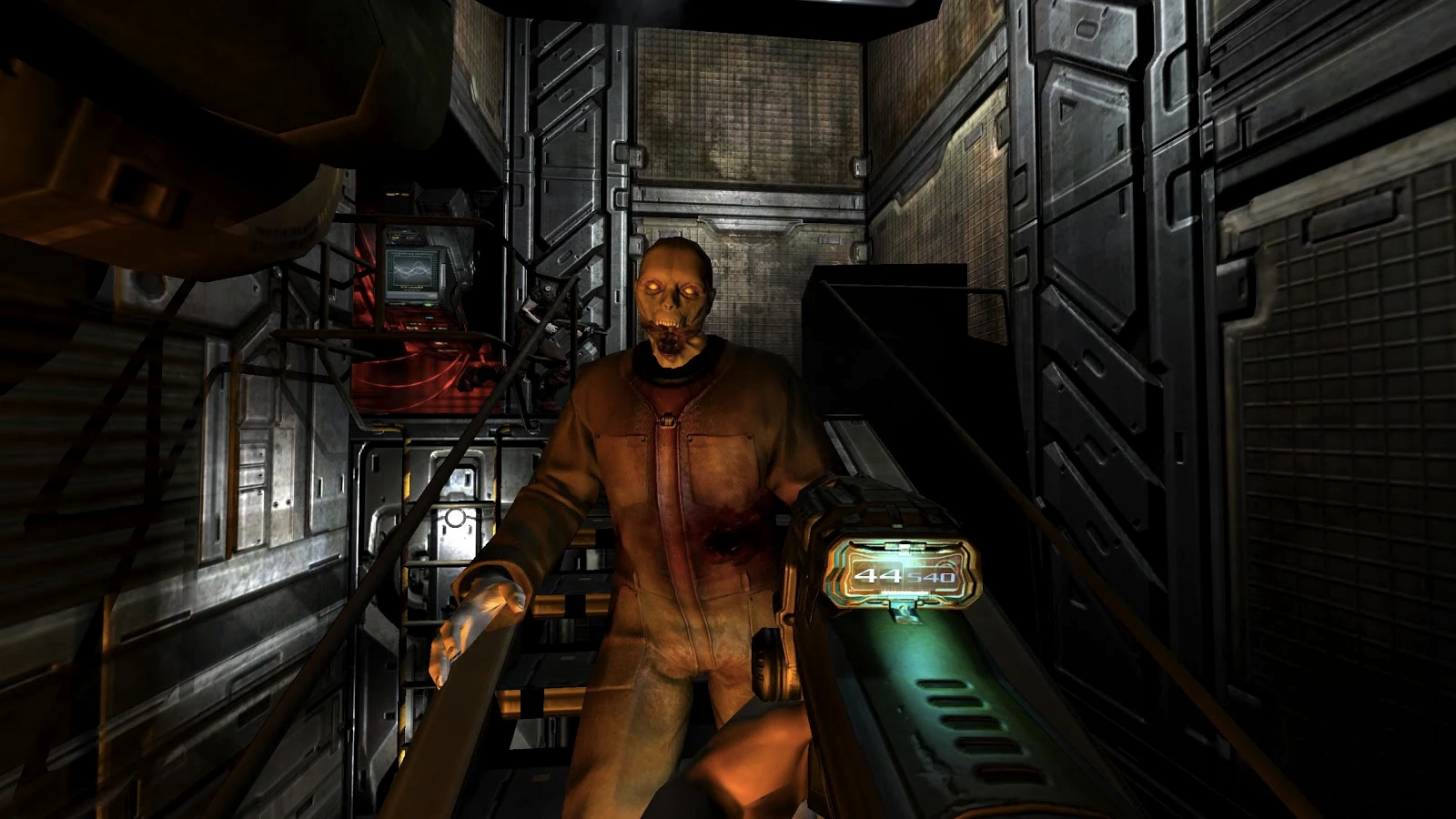 So with the announcement of new ports and after years of not playing Doom 3 or finishing it, I was ready to beat this damn game. I bought the new release of Doom 3 for PS4, loaded it up and began. 15 years later, now equipped with the BFG Edition’s flashlight mod, I found Doom 3 fun to come back to and not as terrifying as before.

When I reached Hell again last week, this time as an adult, I found myself getting nervous. A weird residual fear of the last time I was in Hell in Doom 3, that my brain couldn’t shake. But ultimately, it wasn’t as bad as my younger self made it out to be.

A few days ago I finally beat Doom 3. (That last boss fight wasn’t hard and also was really mediocre!) I felt a weight lift off my shoulders. I now feel inspired. Maybe I’ll go back and beat Silent Hill 1? That game also scared me too much the first time I played it. Or I might go back and finish up some other scary game from my teenage and childhood years.

Besides, these days I’m more afraid of the real world and the arseholes in it than some demons or weird monsters.