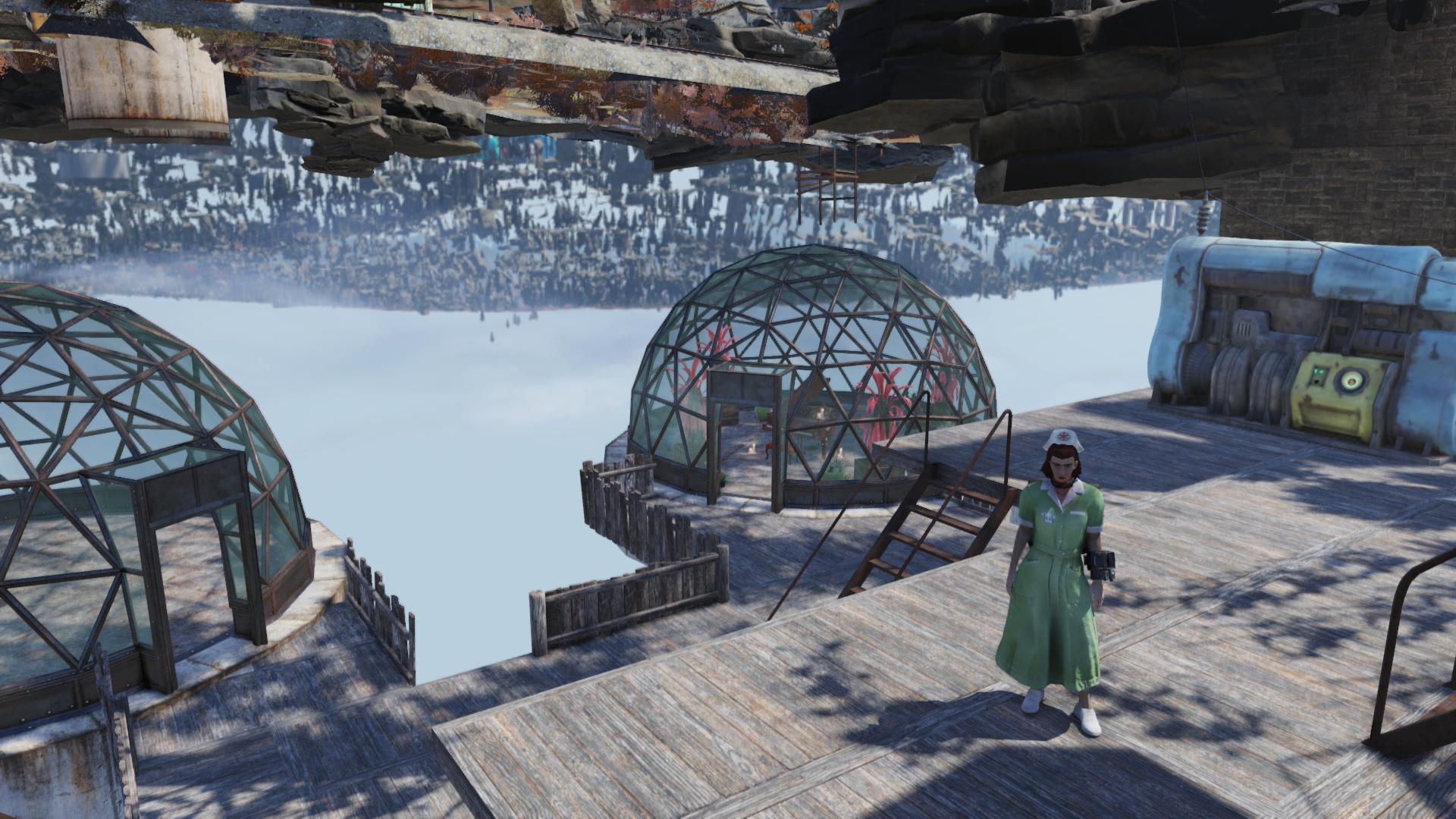 Fallout 76 player MrsP123 has a campsite in a location uniquely suited to fending off intruders. Recently, a player character in a skeleton mask holding an assault rifle tried to rampage through her campsite. The interloper tried to fight her, but she didn’t fight back. Instead of initiating a duel, she subjected the masked intruder to a worse fate by destroying a piece of the floor they were standing on and sending them plummeting into the abyss.

Some players build their campsites on lakes. Others construct theirs on top of other buildings. MrsP123 made hers underground, so far underground that it actually sits below the game’s map, nestled away in a part of the game’s out-of-bounds area that’s just stable enough for her to sit and chill in peace, at least until someone else eventually stumbles in by accident.

“This was the first griefer that came to my under-map camp and the first one I’ve dropped,” MrsP123 told Kotaku in an email. Her camp exists in a ghostly region just north of the Whitespring train station and off of route 63. There, a set of foundation platforms are set into the hills with a cooking station on top. Thanks to a building glitch, it’s possible to snap two platforms together that effectively connect the game’s traditional overworld with its ghostly, texture-less, low-poly underworld.

When players sit down to the cooking station at this campsite, they can still roast meat or make tea as usual, but when they get back up again, they’ll be on the other side of hills, like Alice falling through the looking glass or the Pevensie kids travelling to Narnia through a wardrobe.

“The biggest headache with building under the map is getting those first two foundations to place properly to line up and pull you in when you interact with the object,” MrsP123 told Kotaku. “Took me several hours placing and picking up the same two pieces. A tip is to make sure you have an exit. I use two ladders up to the ground for easy access.”

MrsP123’s camp currently features a series of wooden platforms that function like a system of docks. They lead out to a series of floating greenhouses; any type of structure can be built down there in theory, from small farms to hulking electric generators. “My greenhouses are also a glitch, they free float but I built a walkway for people,” she said. “The white space under the map is instant death. If they walk off the platform, they die. So I put up fencing to keep people in. The camp itself is pretty great. I keep the vendors above ground and a generator below ground, glitched the power line through the ground. It took me a few days to get the entrance itself to work. I died a few times.”

Fallout 76 camps are often besieged by enemies above ground, but that’s not really a problem for MrsP123. While the occasional molerat has followed her down inside, she doesn’t have to worry much about attacks from Scorched, Super Mutants, or other players. She suspects other players might be interested in building camps under the map in order to come up with ever more elaborate death traps, but her campsite exists for friendly visits and sightseeing.

“I can watch a nuke on Whitesprings from underground,” she said. “The graphics actually go below surface.” The Whitesprings resort area, which is located just a few hundred yards away to the southwest, is a popular end-game hang for high-level players hunting powerful monsters. “The coolest thing so far has been watching nukes. I have plans to launch a nuke directly in camp and see what happens.”

Bethesda has been hard at work patching out bugs since the game launched. Hopefully, this one sticks around.