By the end of the latest episode of Life Is Strange 2, the game’s protagonist Sean Diaz has nearly been broken, physically and mentally. But at least he still has his brother.

The most recent episode is the fourth entry in the series, which will eventually be five episodes. Its story continues in the same heart-breaking vein as the prior three episodes as the narrative hurtles towards its conclusion.

Sean reminds me so much of my older brother in the pure ferocity of his love for Daniel, his younger sibling. Even when Sean is at his most desperate, the desire to protect and guide Daniel will keep him going. There is no obstacle he won’t overcome for his brother. This episode of Life Is Strange 2 threw plenty at him.

First, it’s juvie. After the events of the last episode, Sean has been arrested and is now recovering from his injuries in a hospital. He’s lost an eye, and he’s in complete mental anguish. Without depth perception, he worries that he’s lost his artistic abilities.

Throughout everything he has been through, his sketchbook was the one thing that allowed him to express himself and process his emotions. Early on in this new episode, I selected a blank sheet of paper, expecting Sean to draw on it, like he usually does. Instead, he just sighed and put the pen down. 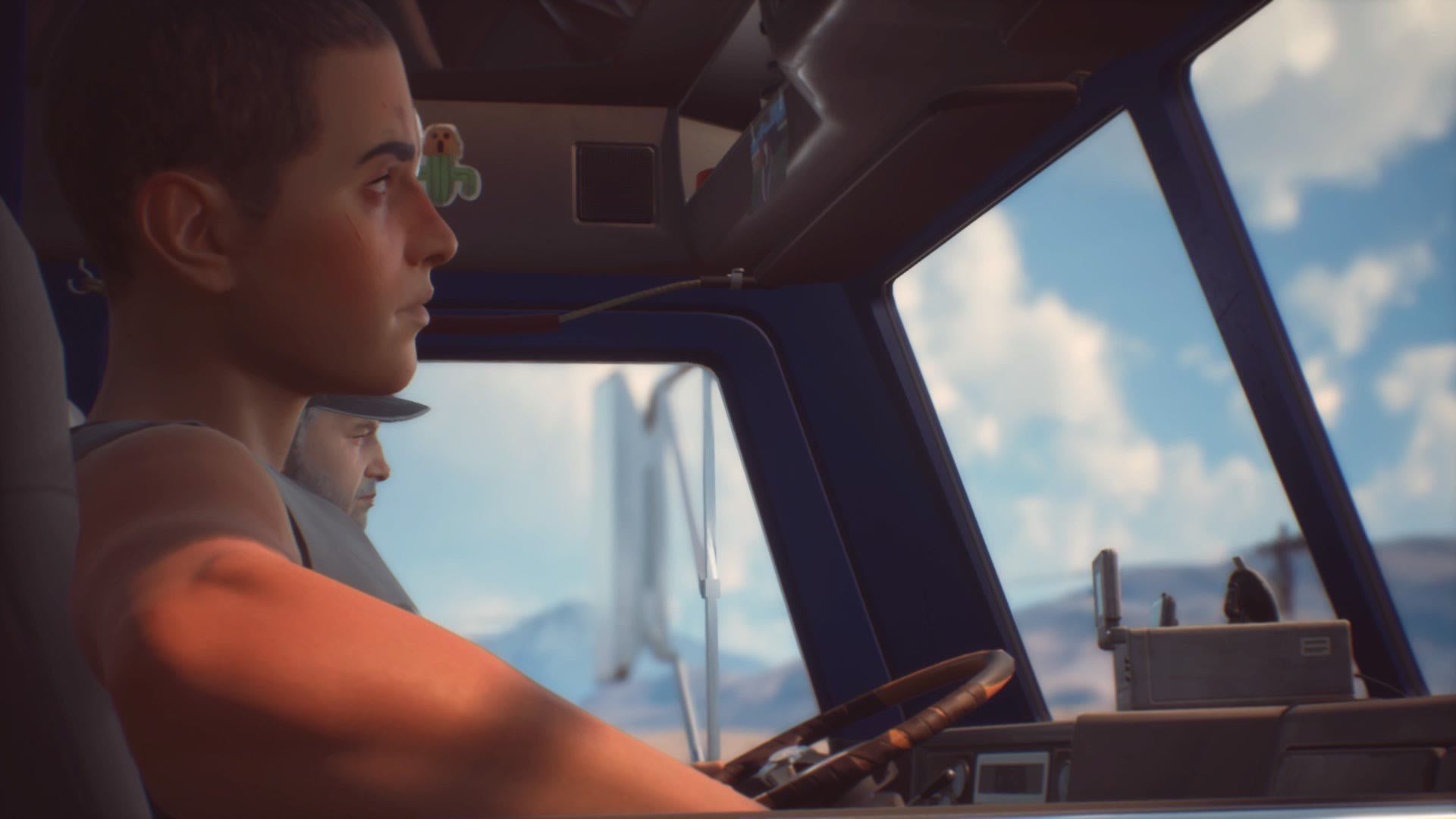 After the threat of juvenile hall gets momentarily diverted, Sean must then save his brother from a religious cult.

Jacob, one of Daniel’s crust punk friends from the weed farm in Washington, had previously escaped from this cult before. However, Jacob has now returned to the cult with Daniel; after seeing Daniel’s ability to move things with his mind, Jacob believed he should re-explore his faith. Now, the charismatic Reverend Mother Lisbeth is touting Daniel as an angel and proof of her divine wisdom.

As much as Jacob has thrown Daniel into a dangerous situation, he is a victim of the cult as well. His own sister, who has a Little Match Girl-esque cough, hasn’t been allowed to see a doctor, as Lisbeth doesn’t believe in science.

One of the overall challenges Sean has faced throughout Life Is Strange 2 is understanding that most people are not pure good or pure evil. Finn and Cassidy were both real friends to him on the weed farm. They were also motivated, in part, by their own selfish desires, leading to Sean and Daniel getting injured.

Similarly, the cult members are also not pure good or pure evil. While they are dangerous people, they’re also just people. As a player, I had to grapple with my own ideas of what justice looks like when it came to holding them accountable for their actions.

In this episode, Sean continues to try to make his own peace with the people who have hurt him, including his own mother, Karen, who abandoned the Diaz family after Daniel was born. Sean has long hated his mother for leaving their family, and in watching him grapple with even the idea of forgiving her, it’s clear that he had long ago shut away that idea.

But he would do anything for Daniel, even let go of a resentment that’s built itself into his psyche since he was a child.

In this episode, as in previous ones, Life Is Strange 2 continues to excel at finding calm in small moments. From looking up at the sky in the woods with Daniel, to last episode’s last-night-on-the-farm party, these quiet moments of human interaction always ring true.

By the end of the episode, Sean Diaz is physically in way worse shape than he was at the start. He gets sunburned, has been beaten, must walk for kilometres, and almost dies. None of those things stopped him from finding his brother. At least they will be with each other when their journey finally ends in the next and final episode.