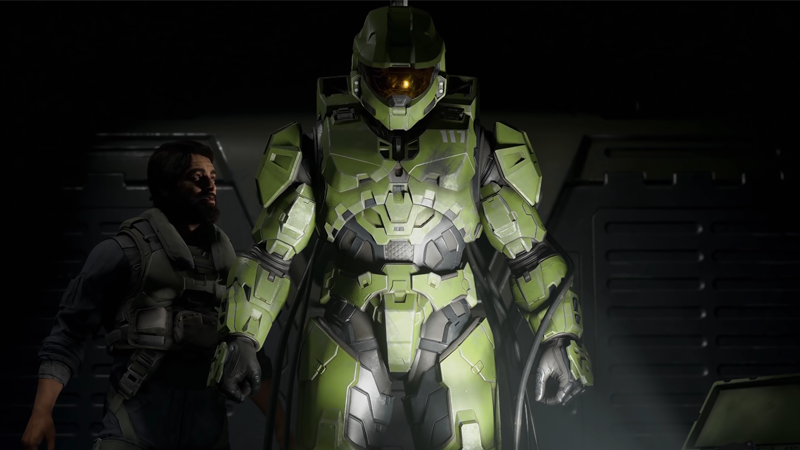 The Master Chief awakens for another fight in the recent E3 trailer for the next game in the franchise, <em>Halo: Infinite</em>. (Image: 343 Industries)

We’ve known for a while that the Halo adaptation coming to Showtime would not be an exactly faithful recreation of the beloved sci-fi shooter series. But it’s just cast two characters that will perk up the ears of both Halo-lore casuals and diehard fans alike.

EW reports that Natascha McElhone, Bokeem Woodbine, Shabana Azmi, Bentley Kalu, Natasha Culzac and Kate Kennedy have all joined the previously-announced Pablo Schrieber in the upcoming Halo TV series, which will focus on the rise of Schrieber’s John-117, the legendary Spartan Supersoldier better known as the Master Chief. 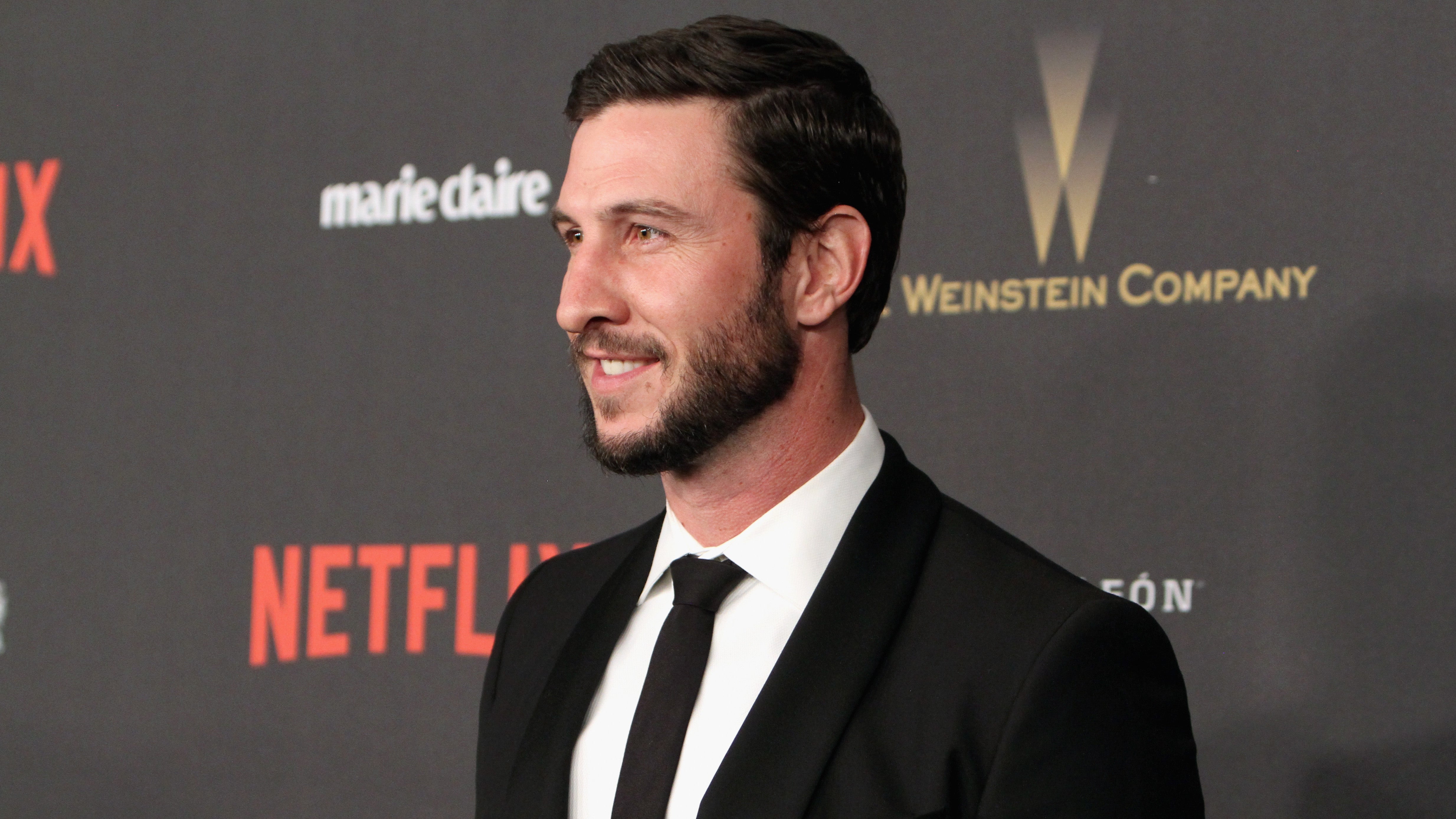 When news first broke about Showtime’s live-action series based on Microsoft’s Halo franchise, one of the more surprising details was that the show would revolve around the video game franchise’s hulking Spartan warrior whose face is never actually revealed, because he never removes his helmet. See that face up there? That’s him. Master Chief.

Amzi will play Admiral Margaret Parangosky, a name familiar to fans of the Halo tie-in novels as the head of ONI, the Office of Naval Intelligence — the shady intelligence-gathering section of Halo’s United Nations Space Command military organisation that, among other things, was involved in the creation of the Spartan Supersoldier program.

Speaking of Spartans, Kalu, Culzac and Kennedy will all play them in characters newly created for the show. Kalu plays Vannak-134, who “serves as the defacto deputy to the Master Chief”. Culzac is Riz-028, described as “focused, professional and deadly”, and Kennedy is Kai-125, a “courageous, curious and deadly” addition to the ranks of the current Spartan forces.

While Amzi’s character will start an alarm bell ringing in the minds of Halo diehards, the characters of McElhone and Woodbine will set them off into an intriguing crescendo.

Woodbine plays a familiar but more esoteric name: Spartan Soren-066, described in the casting material as “a morally complex privateer” who finds himself coming in conflict “with his former military masters and his old friend, the Master Chief”.

In the Halo novels, Soren was one of the earliest children recruited into the the Spartan-II program — which involved essentially kidnapping kids, replacing them with clones, and then pumping those kids full of experimental drugs and cybernetic enhancements to become deadly, well-trained and heavily armoured killing machines. Fun times!

Anyway, Soren’s augmentation process didn’t go as planned, and he was denied active service alongside his fellow Spartans, before eventually going rogue and signing up with the Insurrection — a fringe faction of separatist human colonists the Spartans were designed to combat before the alien onslaught brought about by the Covenant showing up on humanity’s intergalactic doorstep. 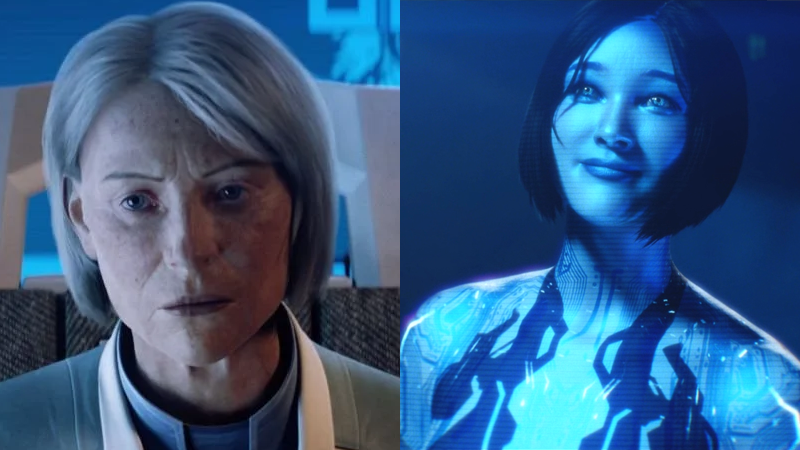 Halsey and Cortana, as they both appeared in Halo 5. (Image: 343 Industries)

But while Woodbine’s Soren is a more obscure addition from the lore, McElhone’s character is anything but. She’s actually playing not one, but two characters: Doctor Catherine Halsey, the scientist behind the creation of the Spartan program, and the AI Cortana.

In the games, Halsey and Cortana are voiced by Jen Taylor, and the scientist and holographic-computer woman share a voice, general personality and likeness because Cortana is actually based off Halsey’s brain patterns.

Cortana eventually becomes the AI partnered with the Master Chief, and is basically the other primary character in Halo, serving as Chief’s on-board suit assistant, tactical adviser and ultimately friend over the course of the first four Halo games. Then… some things happen in the later entries which are weird and not worth going into yet! 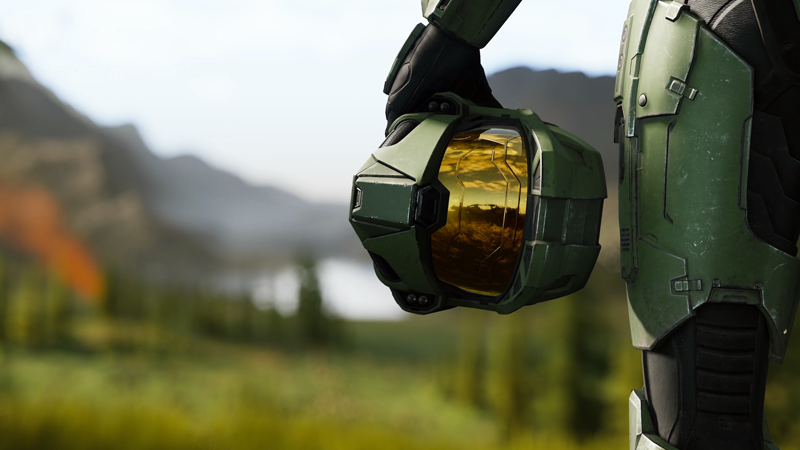 Showtime And Stan's Halo TV Series Is Still Happening, Rise Of The Planet Of The Apes' Rupert Wyatt Has Joined It

Microsoft announced Steven Spielberg's involvement in a live-action adaptation of its legendary shooter franchise Halo back in 2013 - and now, there's finally some new news on the series. And of course, as ever with Halo, there's a familiar fight to finish.

But it’s clear from the addition of characters such as Parangosky, Halsey and Soren to Halo’s cast that, at least at first, the series is going to be focused on the very early days of Halo’s fiction, despite prior claims — not the epic, explosive, man vs. aliens conflict seen in the initial Halo trilogy, but instead the more murky intra-human conflicts that came before all that in the tie-in fiction.

It’s an interesting choice, given that Halo fans are going to be primarily more familiar with the story of the games, but still, it’s a good approach to bringing the world of the beloved franchise to a new medium.

We’ll bring you more on the Halo show as we learn it.