Charles Xavier Is Tired Of Losing 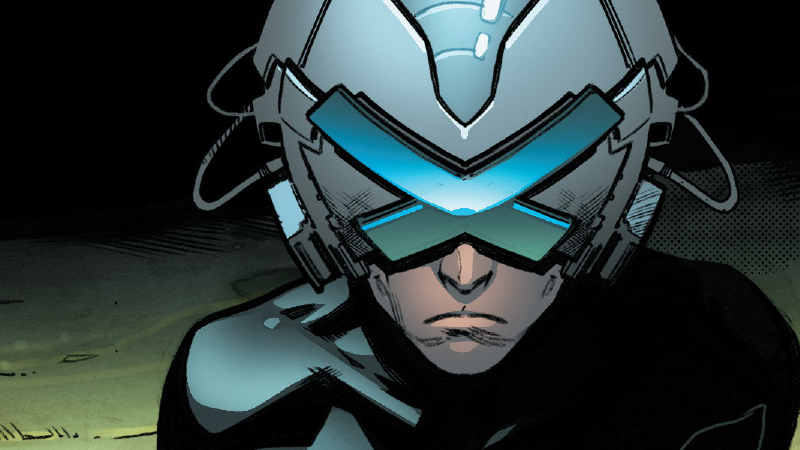 Whatever it takes. (Image: Pepe Larraz and Marte Gracia, Marvel Comics)
To sign up for our daily newsletter covering the latest news, features and reviews, head HERE. For a running feed of all our stories, follow us on Twitter HERE. Or you can bookmark the Kotaku Australia homepage to visit whenever you need a news fix.

Marvel Comics’ House of X has laid the groundwork for a revolution that wants to change everything we’ve ever thought about the X-Men. Its latest issue might have just given Charles Xavier the heartbreaking catalyst he needed to break that grand design once and for all.

If last week’s House of X #3 was a meditation on what it means to be remembered after death, House of X #4 ” by Jonathan Hickman, Pepe Larraz, Marte Gracia, Clayton Cowles, and Tom Muller ” is a pertinent reminder that while the dead will still live on in some way if they are remembered, that loss can still be an excruciating load to bear for human or mutant.

Because while we thought that the X-Team sent to infiltrate Orchis’ Mother Mould station had already expired in an explosive death at the climax of the last issue, House of X #4 reveals that that isn’t the case.

They just happen to die over the course of this issue instead.

One by one, Monet, Jean Grey, Cyclops, Wolverine, Nightcrawler, and Mystique join the already fallen Husk and Archangel, the only actual victims of the aforementioned blast as House of X #4 unfolds.

It is, as we’ve seen so many times before, a tale of mutant sacrifice. But at the same time, there’s a sense of meaningless to all the death and destruction of this issue. Yes, they’re fighting to prevent a calamitous future and some of these mutants choose to make stands in their final moments, make sacrifices that we see are undoubtedly heroic, choosing to give their lives so that the mission might succeed even in their deaths. But some of these deaths are just that: deaths.

Mystique gets sucked out into space, an event given the same weight and page focus as Nightcrawler and Logan burning themselves alive in that same vacuum to sever the final connection that will send the Mother Mould crashing into the sun.

Cyclops is crippled and promptly executed, given the same weight as Monet making a last stand so that Jean can attempt to flee in an escape pod (and her death is confirmed off-panel, as if there was barely enough time to acknowledge it).

Even Jean’s final moments, her pod found and ripped apart by a series of Sentinels arriving as reinforcements, are paradoxically treated as laden with anguish and yet also coldly inevitable. Not all deaths are grand and burdened with meaning. Sometimes, people just die.

The final, meaningless moments of Jean Grey play out against the backdrop of the void of space. (Image: Pepe Larraz, Marte Gracia, and Clayton Cowles, Marvel Comics)

The X-Men completed their mission, seemingly averted a timeline where Nimrod comes online and dooms mutantkind to eradication. But they still died anyway. Was the cost worth it, knowing it could be paid going into this mission?

It seems not, as we cut back to Krakoa as Xavier, Magneto, and several other mutants ” following along through Jean’s telepathy until her death severs that connection ” react to the tragedy we’ve just watched unfold. And regardless of the lofty claims from Xavier and Magneto last issue that they will never allow their fellow mutants to die forever forgotten, it’s Xavier himself who’s reaction is the most meaningful: He just says “no more.”

It is, like the rest of this issue, a moment both oddly quiet and yet also heaving with emotion. Not just for its parallels to Scarlet Witch’s infamous words as she decimated what remained of mutantkind in House of M (an incident referred to in Muller’s design pages this issue), or because of the added grim context that Xavier himself has, having seen all these past calamities unfold through the many lives of Moira MacTaggert.

But in having such seemingly senseless deaths be the thing that finally causes Xavier to break, House of X #4 teases what might be the catalyst for whatever long game he and Moira have planned for mutantkind’s future to come to fruition.

Like all of us, Charles Xavier is tired of it all ” of all the empty victories won on the backs of dead mutants, of this never ending cycle of persecution and loss. How many stories have we read of mutant extinction, a metatext that Charles himself is now aware of thanks to Moira’s power?

His final narration in House of X #4 even lampshades that: We’re so used to murdered mutants at this point that their deaths can feel hollow and meaningless. He just wants to live.

And now, like Moira herself, he seems hellbent on breaking every rule he can find ” from mysterious pod people, to cloning, to the strange far future of Nimrod, the Librarian, and the Worldmind of mutant memory ” to avoid death.

And like Moira, whether or not he will succeed remains to be seen.