Earlier this month, Red Dead Online received a big update which added new career paths to follow, new items to collect and new challenges to complete. One career players could choose was the life of a bounty hunter and to support this path, Rockstar has been releasing some wonderful bounty hunter missions. It’s the sort of content RDO needs.

When the big update first hit players who got their bounty hunter licence could find randomly generated bounty targets in various towns. These missions were fairly simple but fun. They usually involved the player and their posse riding into a camp, killing some folks and taking the target.

But the Legendary Bounties are more cinematic and are instead handcrafted by Rockstar designers and as a result, feel bigger and more interesting.

The lastest Legendary Bounty target is called The Wolf Man and he’s hiding in in the snowy mountains located in the northern region of the map. Unlike the other bounty targets, The Wolf Man doesn’t have human bandits or gang members protecting him. Instead, the Wolf Man has a large pack of dangerous, fast and vicious wolves.

Hunting him down feels different from any of the already existing randomly generated bounties. Rockstar even added a large blizzard to the mission. So players are forced to deal with bitter cold, lots of snow, deadly wolves and dangerous frozen lakes.

Once my brother and I found The Wolf Man, things got hectic fast. He sent some of his trusted wolves at us and soon we were surrounded. Using shotguns we fought them off. I tackled the target and tried to tie him up, which is hard to do when you are being attacked by wolves. My brother covered me, mostly, and after tying up the target we threw him on our horse. But he began to howl and soon more wolves were chasing us through the snow.

Eventually, we got him to a nearby prisoner wagon, where police took the wild man off our hands and paid us for the trouble. Admittedly the pay wasn’t great, making about $40 after turning in The Wolf Man. But we got a good chunk of XP and the mission can be played multiple times on harder difficulties, earning more cash and XP. 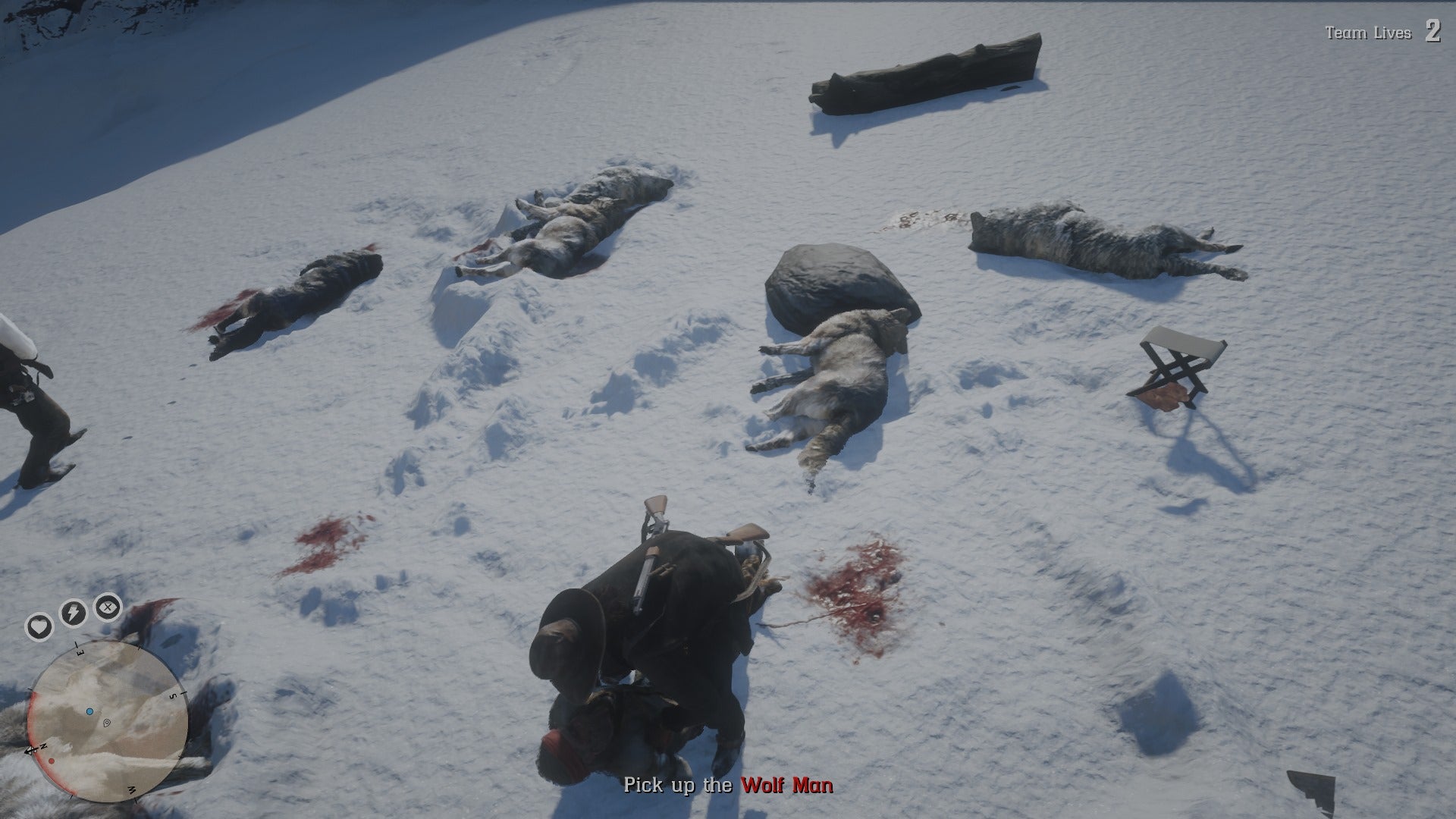 Even if the pay isn’t as high as I would like, the actual mission and experience of hunting a legendary target is a blast. The game spawns you and your posse in an special instance, so other players can’t interfere. So it feels like a proper Red Dead mission, complete with a nicely made intro and new dialogue.

I hope future Legendary Bounties are as creative and different as The Wolf Man. I also hope the other careers, Trader and Collector, get similar Legendary events. This is the kind of content I want in RDO. I want to feel like I’m living out in the Wild West, hunting bad guys, trading goods, finding treasure, outrunning the law. And these new missions help players live out their bounty hunty fantasies and are a great addition to RDO.