Destiny 2’s New Grind Might Be Asking Too Much

Destiny 2: Shadowkeep is made with the dedicated Destiny player in mind. It’s an expansion that foregrounds much of the maths that Destiny has spent the last few years hiding, giving players more control over how they tweak and build their Guardians to play the way they want them to play. I enjoy this, but I’ve also quickly grown wary of it.

The expansion and the game-wide update that came with it added more stats, challenging players to manage armour affinities, mods and their corresponding energy costs. This is in addition to the Power stat armour has always come with, which contributes to an overall Power score that dictates the kind of content your Guardian can take on. Achieve 900 Power (from the starting score of 750) and then any old piece of armour will no longer do — you’ll want “Powerful” armour, awarded via specific set of activities. Powerful rewards inch you up towards the game’s hard cap of 960 Power.

With this more stat-oriented, hardcore role-playing game approach,Shadowkeep makes Destiny more of a hobbyist game. On last week’s Splitscreen podcast, I compared it to someone having a hot rod — something you never really finish, but get joy out of tinkering with forever and continually taking out for a spin.

You have your Guardian, and your preferred set of abilities, and you go out on the hunt for better and better weapons and armour that work in tandem to help you get the best performance out of that Guardian. It’s satisfying, but it also requires a lot of time and attention.

It also makes it harder to step away from Destiny. Unlike other expansions, Shadowkeep does not come with a wealth of content suited for dipping into in a more relaxed fashion. There’s not much of a story campaign, no show-stopping new game mode that introduces a new wrinkle to the shooting and looting.

You can see most of what’s new in a couple of hours, and after that, you’ll hit the soft Power cap of 900, and the primary draw is in finding incrementally better “Powerful” gear from a narrow selection of activities — gear that, thanks to the newly stat-heavy bent to the game, now comes with a wider selection of randomised stats than ever before. You could spend a very long time looking for the perfect pair of boots, or getting the amount of materials required to fully maximise their potential. 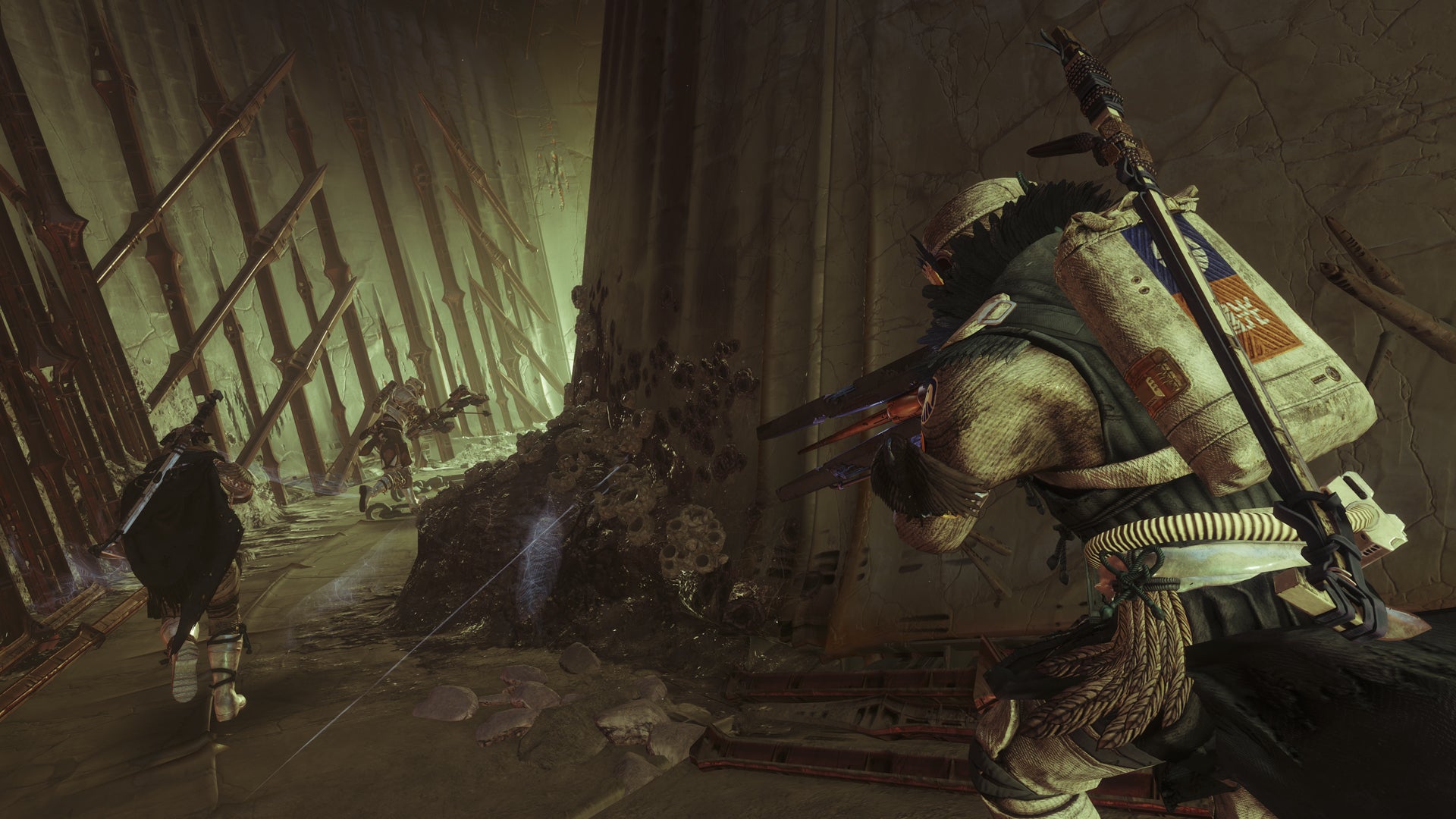 Shadowkeep also leans heavily into a quest design that emphasises habitual play. For example, to get Deathbringer, a new exotic rocket launcher, you need to take on a bunch of challenges that are already in the game, making sure you stop to do a few things differently. First, you clear the moon’s three Lost Sectors per the Lunar Spelunker bounty that the area’s quest giver Eris Morn offers every week, which opens up a fourth. In that fourth Lost Sector, you have to keep an eye out for a special room where you can use a special key. Finding that room will get you an incomplete necklace, which you have to finish by killing enemies with arc abilities. (Why? Who can say.)

Doing that will give you another set of objectives, each of them achievable by doing another run-of-the-mill activity — like the Scarlet Keep strike mission — while keeping an eye out for something just a little different. It’s tedious on paper, but immersed in Destiny’s moment-to-moment grind, it’s satisfying to have a list of boxes to check as you progress to a reward you’ll probably get a kick out of using.

That’s how it feels until you spend some time away. I’m in the early stages of wedding planning and on a mad dash to find a venue — so over the last couple of days, I haven’t really played many video games at all, let alone Destiny. And over those few days, the pull back to the my hot rod Guardian has diminished by a startling amount. It’s easy, desirable even, to just… unplug from the game, and play something that offers the same shoot-and-loot experience, but without the level of attentiveness that building a character entails in Destiny.

It’s a satisfying hobby, in the old-school sense where hobbies are laborious, meditative activities. The joy of a hobby comes from the ritual, the familiar sense of flow and progress towards your own goals that you can slip into each evening you’re able to get away and enjoy it. Break that ritual, and that sense of flow and satisfaction can be harder to get into. Then your hobby feels less like a pleasure, and more like a job.