Let Us Not Forget About The Ninja Saviors 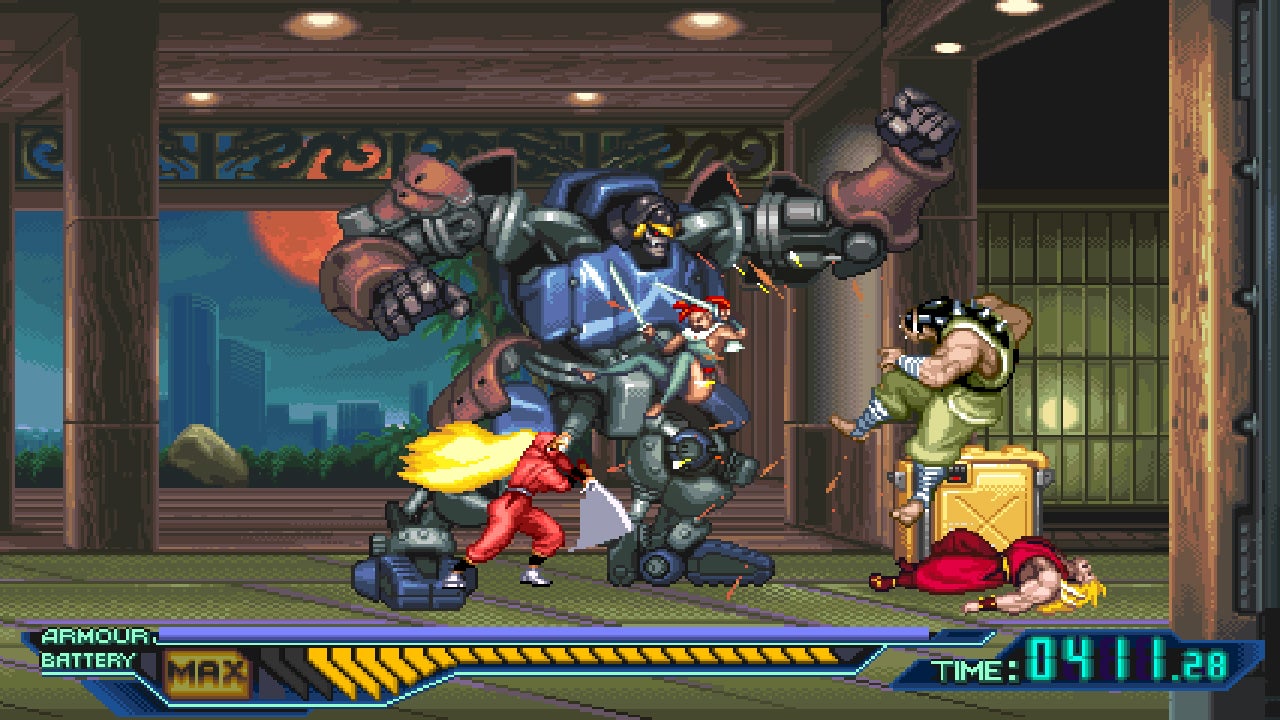 Screenshot: ININ Games
To sign up for our daily newsletter covering the latest news, features and reviews, head HERE. For a running feed of all our stories, follow us on Twitter HERE. Or you can bookmark the Kotaku Australia homepage to visit whenever you need a news fix.

Yes, yes, I know. Our Switch backlogs are huge already. Pokémon is about to come out. Nintendo’s even surprise-releasing games. But if you enjoy the side-scrolling beat-em-up genre, don’t forget that The Ninja Saviors: Return of the Warriors is just sitting there on the eShop waiting for you.

Much like 2016’s Wild Guns Reloaded, Ninja Saviors is a remake of one of Taito’s cult classic Super NES games. This time it’s the acclaimed 1994 game Ninja Warriors, which was itself a sequel to a 1987 arcade game that’s also available on Switch via Arcade Archives. (I should say that both games are also on the PlayStation 4, although sadly you can’t yank your PlayStation 4 off the shelf and play it in portable mode, so I’d buy these on Switch is what I’m saying.) 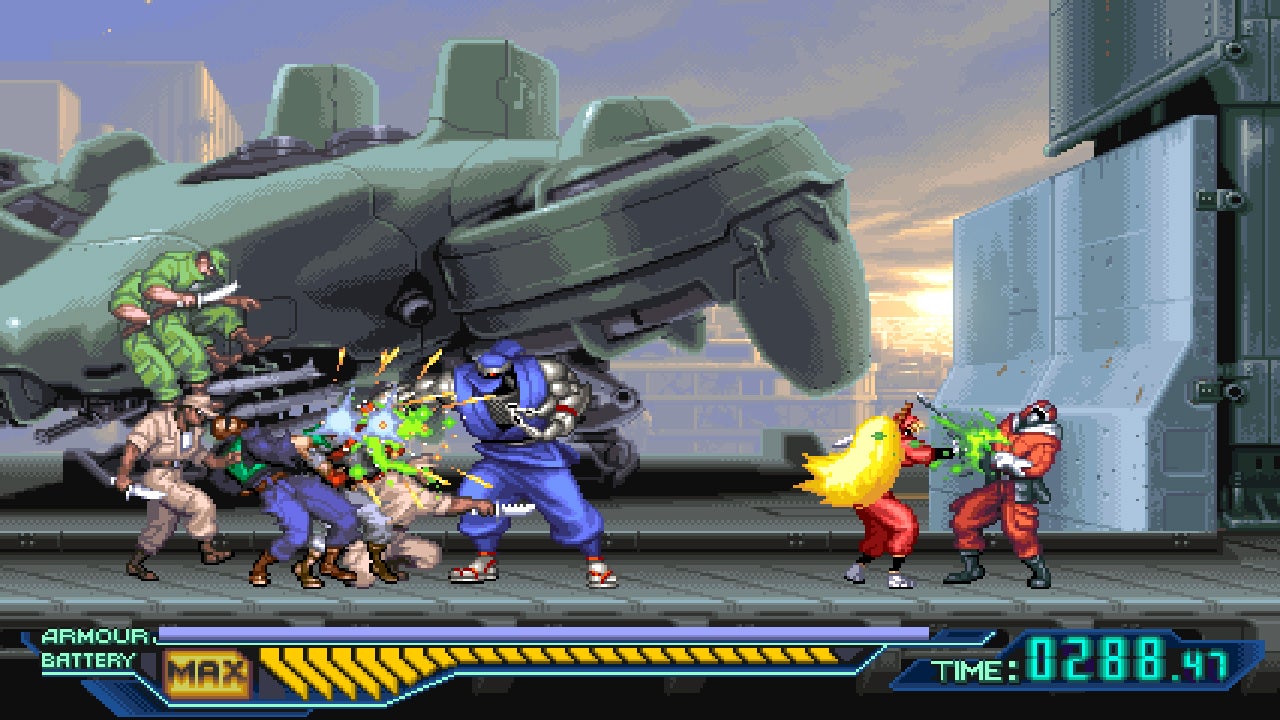 What’s wild about these particular remakes is that the group responsible is actually made up of the original developers of the SNES games. So as you might imagine, they’re lovingly crafted HD-ifications of the originals. Ninja Saviors casts you as one of five different robotic assassins, each with their own widely varied move set; definitely read the in-game manual and study up on everybody’s moves if you want to not die.

Since all the action is locked to a single plane, rather than having your characters be able to move up and down à la Final Fight, it’s almost more like playing a fighting game that sends an endless line of new opponents every second, each of which has to be negotiated slightly differently. Ninja Warriors is a standout example of this quintessential 16-bit genre. Don’t forget about it!