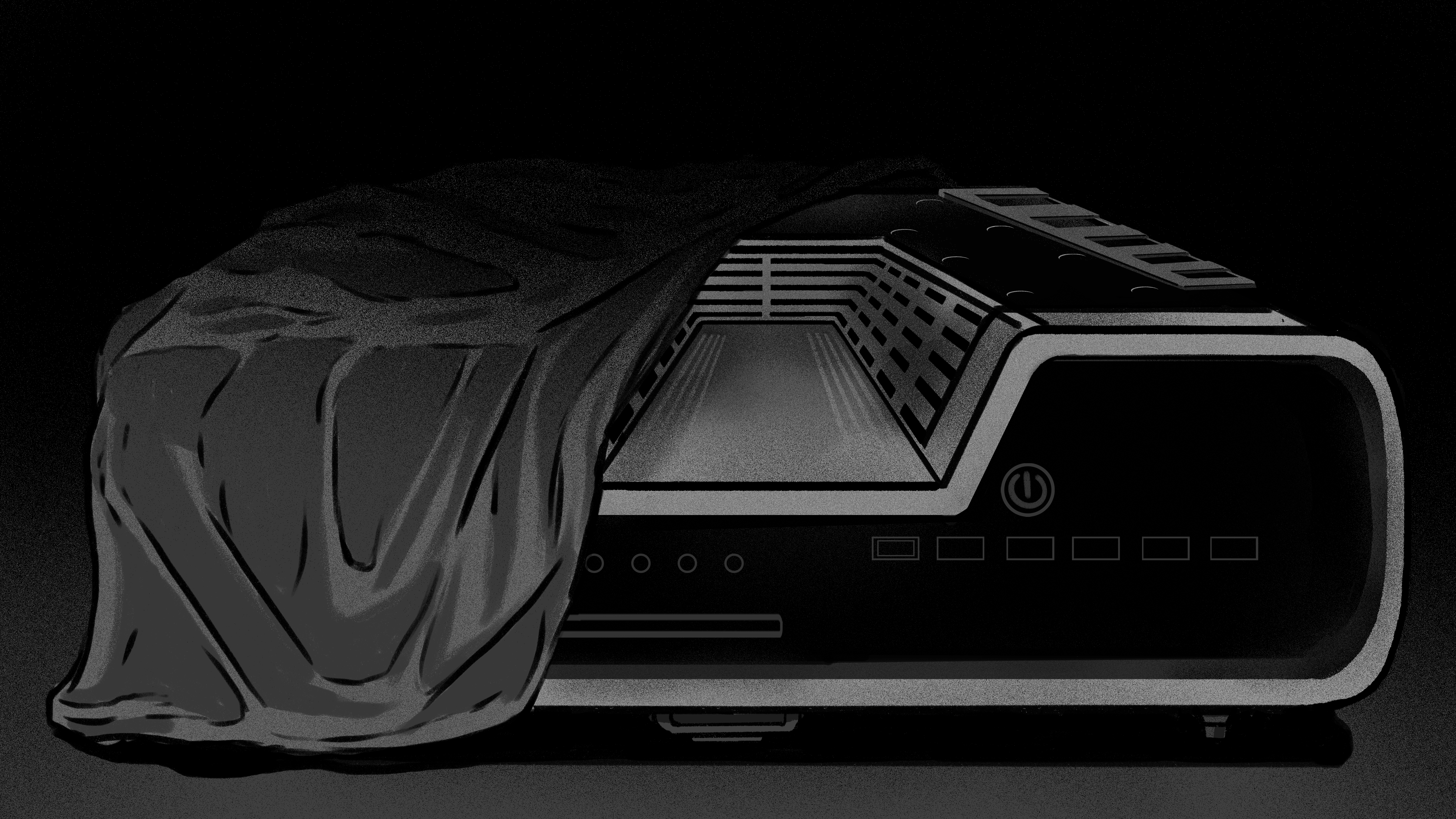 The internet’s been speculating for months over the weirdly V-shaped PlayStation 5 prototype seen in patent documents and industrial designs purportedly linked back to Sony, but now it looks like we finally have a real, honest-to-goodness picture of the thing. Twitter user @Alcoholikaust posted an image this weekend showing two of the dev kits side by side along with the fitting caption, “PS5 anyone?”

The Verge’s Tom Warren later commented on Twitter to verify that, yes, indeed, these are the very same PS5 dev kits the internet has obsessed over since now-confirmed design illustrations and, later, an (admittedly fan-made) 3D mock-up leaked last summer. His explanations for the odd cut-out? It makes stacking easier when developers need to push multiple machines through different stress tests. And, as many others have speculated, the V shape helps to optimise cooling too, and I’m sure it could also be a perfect fit if you’re looking for a place to store your iron.

yes, this is the PlayStation 5 devkit. The reason it's large and v-shaped is to make them more easily stackable for devs who are running multiple stress tests. The cooling is optimized to push air out of the sides and center https://t.co/pc3wJw2A6v

Jokes aside, keep in mind this is supposed to be the PlayStation 5 dev kit, and these prototypes often vary widely from the final design. Sony will likely dole out more details and glimpses as we get closer to its Christmas 2020 release. Some folks have suggested the DualShock controller pictured in this new image could be the updated DualShock 5 (it does look an awful lot like the one shown in a leaked Sony patent), but that remains unconfirmed at the moment.

A tipster claiming to be working on a title for both Sony and Microsoft’s upcoming systems previously told Gizmodo this prototype went out earlier this year under the codename “Prospero,” though developers have had their hands on other iterations as far back as 2018. You can read all about the kind of spec information they shared in our previous coverage, but fair warning, most of the wording is left purposely fuzzy.

As for what we do know, back in April the folks at Wired got up in close with one of these devkits as part of an interview with Sony’s Mark Cerny. According to Cerny, the PlayStation 5 will boast a new CPU and GPU, 3D audio, backward compatibility and—perhaps most excitingly—a solid state drive that promises faster rendering and loading speeds to keep up with the demands of next-generation graphics. A demonstration showed Sony’s next-gen console leaving its predecessor in the dust: While the PS4 Pro took around 15 seconds to load a section of Spider-Man, the PS5 prototype purportedly did it in less than one.

Our tipster also claimed this prototype came with cameras included, suggesting Sony’s new system may come with built-in support for the kind of video game streaming popularised by the likes of platforms like Twitch, Mixer, and YouTube. Sony hasn’t commented on the existence of any such feature, though, and Microsoft denied similar claims concerning prototypes for its next-generation console, Project Scarlett.

As for where @Alcoholikaust got the photo, they said it came from a developer who … well, you can read the rest.

Developer. The devkits have been out there a while this particular developer just didn’t give a fuck apparently.