There are many hours over the span of a year — around 8760 to be specific. Most are spent working, sleeping, eating, showering and commuting to and from work. With the ones left over, I watch TV and play games.

Like most of us, the free time I do have is precious and only the best, most entertaining games get it. With that said, here’s my pile of shame. The games that only got a few hours of my attention or none at all. Part of the reason is due to the time, the other part is just general interest because I felt meh about them after I bought or received them. This one’s purely a time thing. The Just Cause series is dumb. We all know that but there’s nothing more mindless than jumping into a helicopter or jet and blowing up a town full of bad guys and watching everything explode with glee. I suspect I’ll add this into the queue once I get through a few more time sinks. I loved Assassin’s Creed Odyssey and was more than happy to spend 60 or so hours playing it. Then I took a break and played something else, vowing to come back and finish off some the fun but arduous quests behind but that time just never came around.

A season pass sale promised countless more hours, so I got sucked in and bought it. One evening, I decided to give it another crack but I immediately felt overwhelmed by the sheer amount of side quests I hadn’t finished off on top of the new DLC. I’ve quietly shelved it away for another day, knowing I’ll probably never give it another proper go.

The Walking Dead: The Final Season I’m acutely aware of how bad things were for Telltale employees when the company suddenly fell apart but their graphic adventure games were some of my favourites, starting with The Walking Dead series. The final season rounds out the end of Clementine’s journey as a scared young girl to the teenager struggling to get through a messed up apocalypse.

Not that I’d know though — it’s also in my shame pile despite loving each season. So much guilt, sorry Clementine. The Tropico series is another example of good, non-committal fun. You can play a game, watch it all go to hell, save or can it and do it all again another day. But despite Tropico 6 looking like a really fun upgrade to the tools I know well, it keeps getting sidelined for other big release games.

Eventually, I’ll have a little period of only playing Tropico 6. I own it after all, but that day hasn’t come in the past six months. Oops. I feel less guilt about this because it had two things going against it. I’m already averse to zombie games because they scare me. I tried Dead Island, thinking it would be manageable, but after an hour, I ditched that one too.

The second reason is it just wasn’t that fun. I did get a bit of a rush driving my bike slowly through hordes in an effort to get them to chase me but I was less brave taking them on properly. This meant each mission would require me to get the hell over my anxious-ridden playstyle and stealth around horrifying hordes. Fun but also not. I sunk a good 10 hours into this one but it goes in my shame pile because I didn’t progress much into the actual story. And not sure I ever will.

Carving through Bend Studio's recreation of a freaker-infested Oregon, I couldn't help but think about Hideo Kojima. I am a Gwent enthusiast. So much so, that even though The Witcher 3 had a crazy number of enriching sidequests, I always chose the Gwent card quests over them all. In fact, the main reason I progressed the main missions was to get to Skellige to finish acquiring some more cards for my deck.

When I saw the mobile app coming out, I ‘pre-ordered’ it so it would download straight to my phone on release. That was nearly two months ago and I haven’t opened it once.

My shame pile truly is hideous.

2019's Most Relaxing Games (And Most Stressful Ones)

As 2019, comes to a close, Gita Jackson and I decided to talk about the games that helped us chill and the games that stressed us out. Like last year’s collaboration video, I discuss the chill games that helped me get through another year, and Gita picks the one that matched the pain we all felt as we finished out this cursed decade.

The older I get, the harder it is to find time to game. The irony of having less time to game because I write about gaming is not lost on me, but it has had a tragic effect on my backlog, which is currently approaching 200 games (or so). But there's no judgement here, right? We all have our shame piles.

Where 2018 was somewhat disappointing for me in terms of gaming, 2019 delivered the good - often in ways that I didn’t expect. 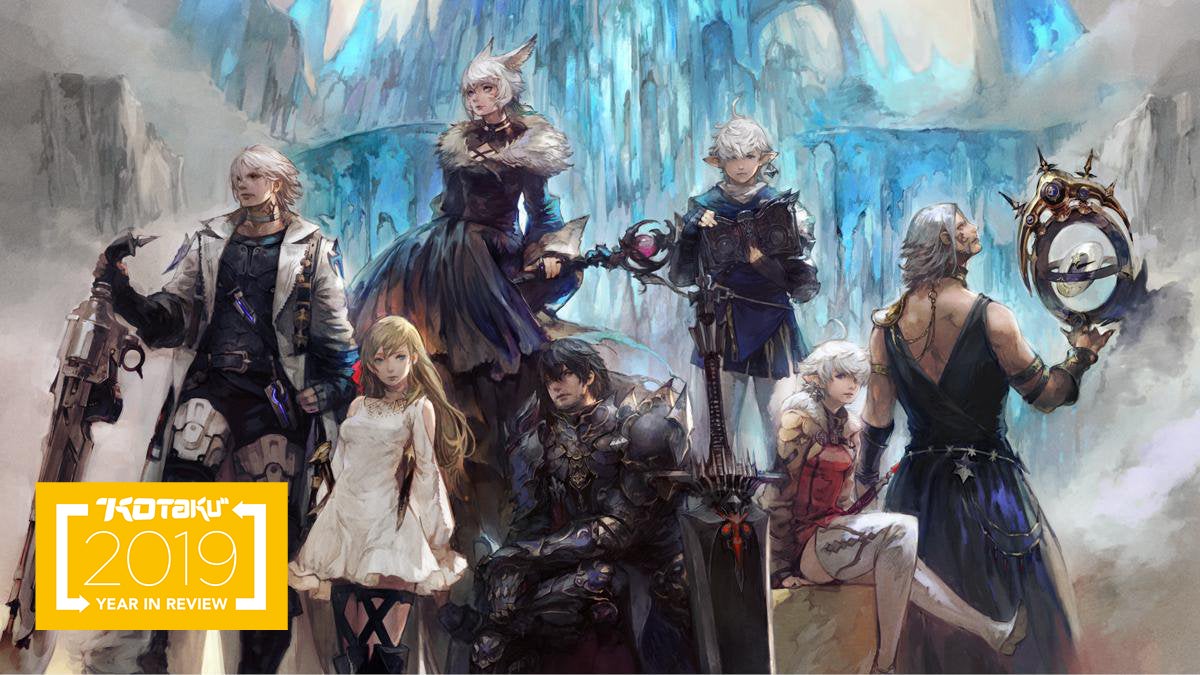 2019 might be the strangest year of my life so far. It felt more like a full decade compressed into 365 days. But there was, as always, video games. So many video games. Many of them were fantastic.