The year has plenty of disappointments, and more than its fair share of bangers like Disco Elysium. But there's also the ground underneath, the domain of games that are neither terrible or terrific, simply "good". 2019 has been chock full of games like those, and it's that second tier that we'll be appreciating today.

The criteria for this is pretty simple. Any game that you'd happily recommend to friends, but one you'd maybe gently qualify. Games like Untitled Goose Game, for instance, obviously won't apply. This is more a space for the underappreciated, the games that will fly under the radar a little bit, games that have been overshadowed in the months since their release, ones absolutely still worth smashing out over the Christmas break.

It's easy to forget that perhaps the best Metro game, Metro Exodus, launched early this year. The game was the first to be buried under a wave of controversy over its Epic exclusivity, which caused community managers of all stripes to do a few double takes.

And it's easy to remember that over the grander moments, when you're attacked by a gargoyle as you try to retrieve a scared, frightened girl's teddy bear. The moment when you hit the desert for the first time. The small conversations enroute from place to place, the sense of danger that inhabits every part of Exodus's open air.

It is, very much so, a game of highs smoothed out by some infuriating bumps and inconsistencies. It's very much the walking definition of a AA game: ambitious to a fault — many, really — but at the same time, eminently charming for those small moments when everything sticks.

Gamers are used to being rewarded. We do an action, and if we perform it well, you get something in return. Metro Exodus does not subscribe to this philosophy.

A retelling of one of the first serial killer mysteries in Australia, The Black Widow is effectively interactive history with a compelling lead performance. Another game that's unlikely to find a large audience, and the production level is pretty low, but the format is a great way to incorporate historical court records, documents and confessions into a Her Story-like experience.

A very good Total War game, but one that also runs counter to the direction of the Total Warhammer games. Three Kingdoms, appropriately, has a stronger focus on family, history, romance, and diplomacy, and all of those necessitate some changes that don't quite fit in the Warhammer universe.

So Three Kingdoms, for some, wasn't quite what they wanted. Which is a shame. It's one of the best Total War games in the franchise, hands down. It's one of the best optimised, and appreciably, has an outstanding sense of style. It's the first game since Shogun 2 to really commit to a theme, but it also learns from the changes brought on by Warhammer and the minor spin-offs. 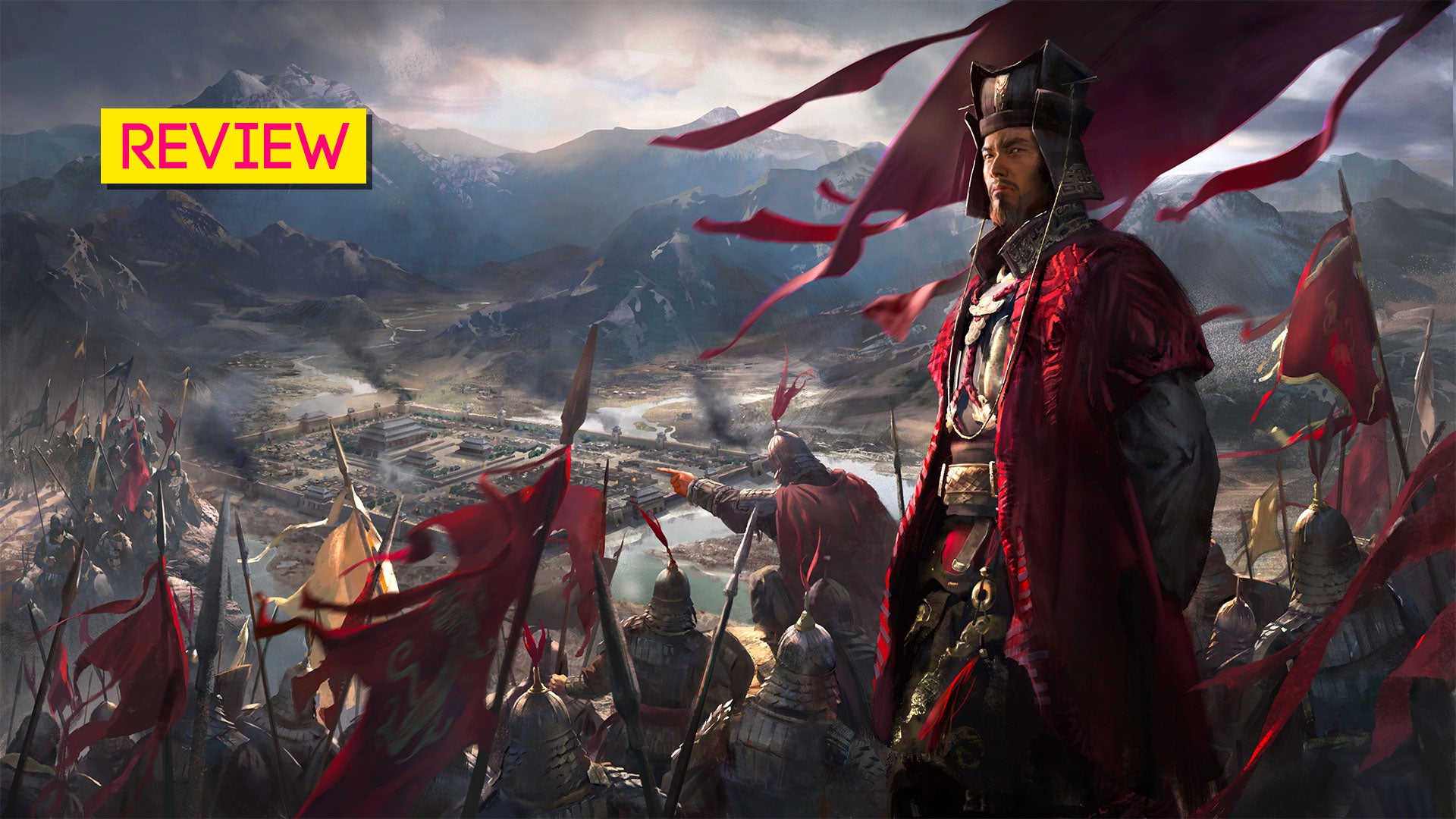 Ever since Rome 2's disappointing release back in 2013, it feels like the Total War series has been lost and in search of something. From Attila and Thrones of Britannia’s tinkering to the Warhammer games’ explosion of personality there has been wild experimentation between titles. Three Kingdoms is the culmination of that adventure.

It's easy to forget just how smooth the launch for The Division 2 was when it dropped in March. Minus an aggravating issue with a cooldown problem, the launch week was technically competent, server issues were minor, and the initial levelling process was ... fun, even. It wasn't beset with hackers from the off, a problem The Division 1 quickly had on PC.

People expect live service games to be broken from the off. They expect the plot to be unfinished, uninspired, and largely naff. And to be fair, The Division 2's story beats were not something to get overly excited about.

But the campaign was an improvement from the original game. There were some fantastic cut scenes and excellent gunfights, particularly in indoor areas. For what the story lacked, The Division 2 made up in some neat level design. Massive brought Washington to life in an authentic, enjoyable way, and they've kept adding onto the content base ever since. 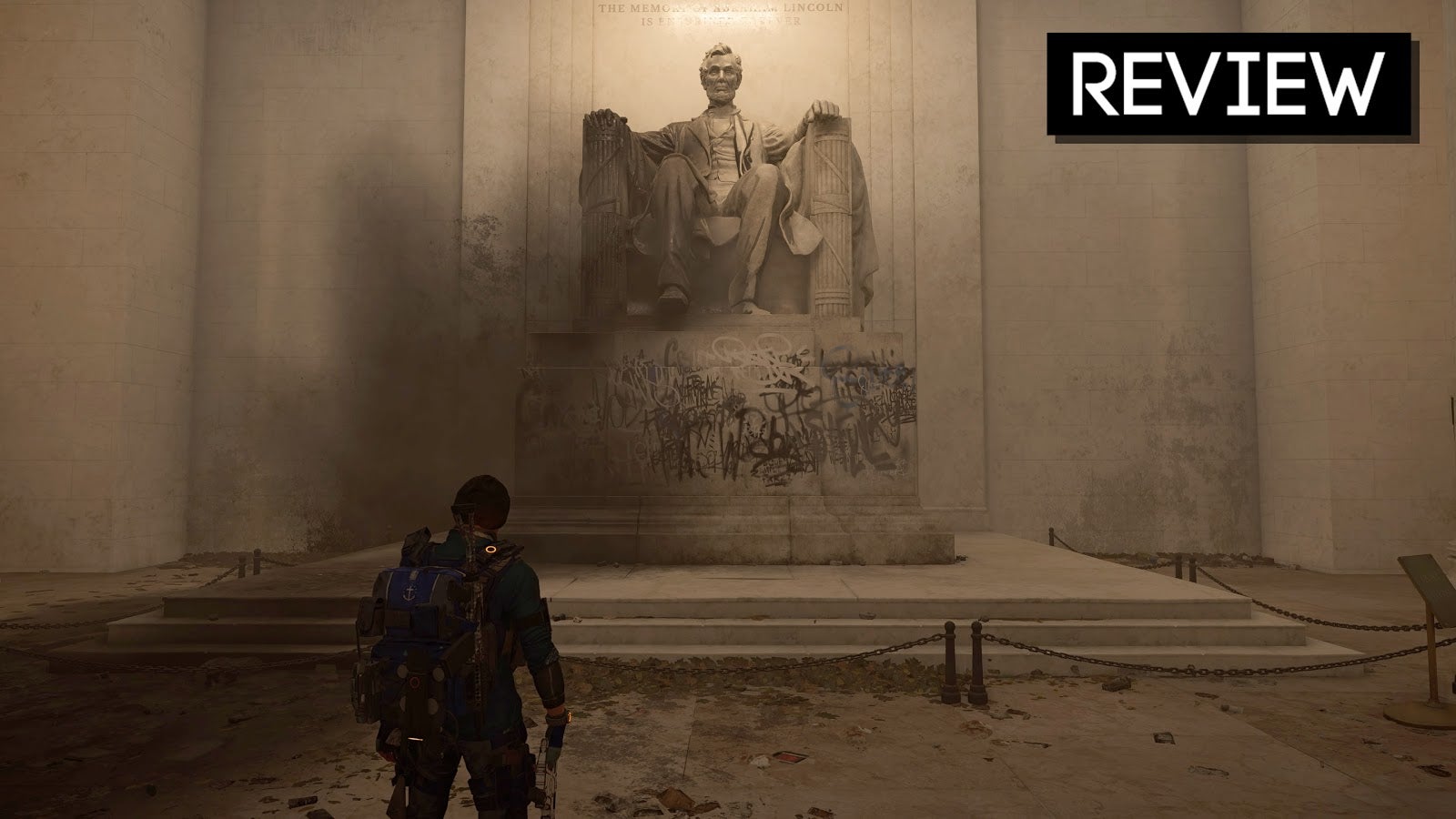 The Division 2: The Kotaku Review

A few days after The Division 2 first went on sale and after an initial wave of positive reactions, the game’s players discovered a big problem.

The Division 2 is one of those games that would be perfect to gift over the holidays. You're not going to see it on any GOTY lists, even though it probably had the best launch of any live service game this year, and was a thoroughly good follow-up given the arc Division 1 had over the years. But it's hard not to enjoy. It's very, very good at what it does, and even though it doesn't necessarily do anything especially unique that might appeal to non-fans of massive live service shooters, it's certainly

Cadence of Hyrule: Crypt of the Necrodancer

Something that most people will have missed entirely, but should definitely check out with a set of headphones, is Cadence of Hyrule. It's basically Crypt of the Necrodancer, a rhythm tactics game that's about matching the beat of the music to the patterns of the monsters.

Cadence of Hyrule is basically that, but with the stylings and sounds of Zelda. It makes what was already a very good game much more accessible to a whole new audience. It's also easily digestible, since the game is only several hours long, which is a lot easier to pick up than Breath of the Wild again. 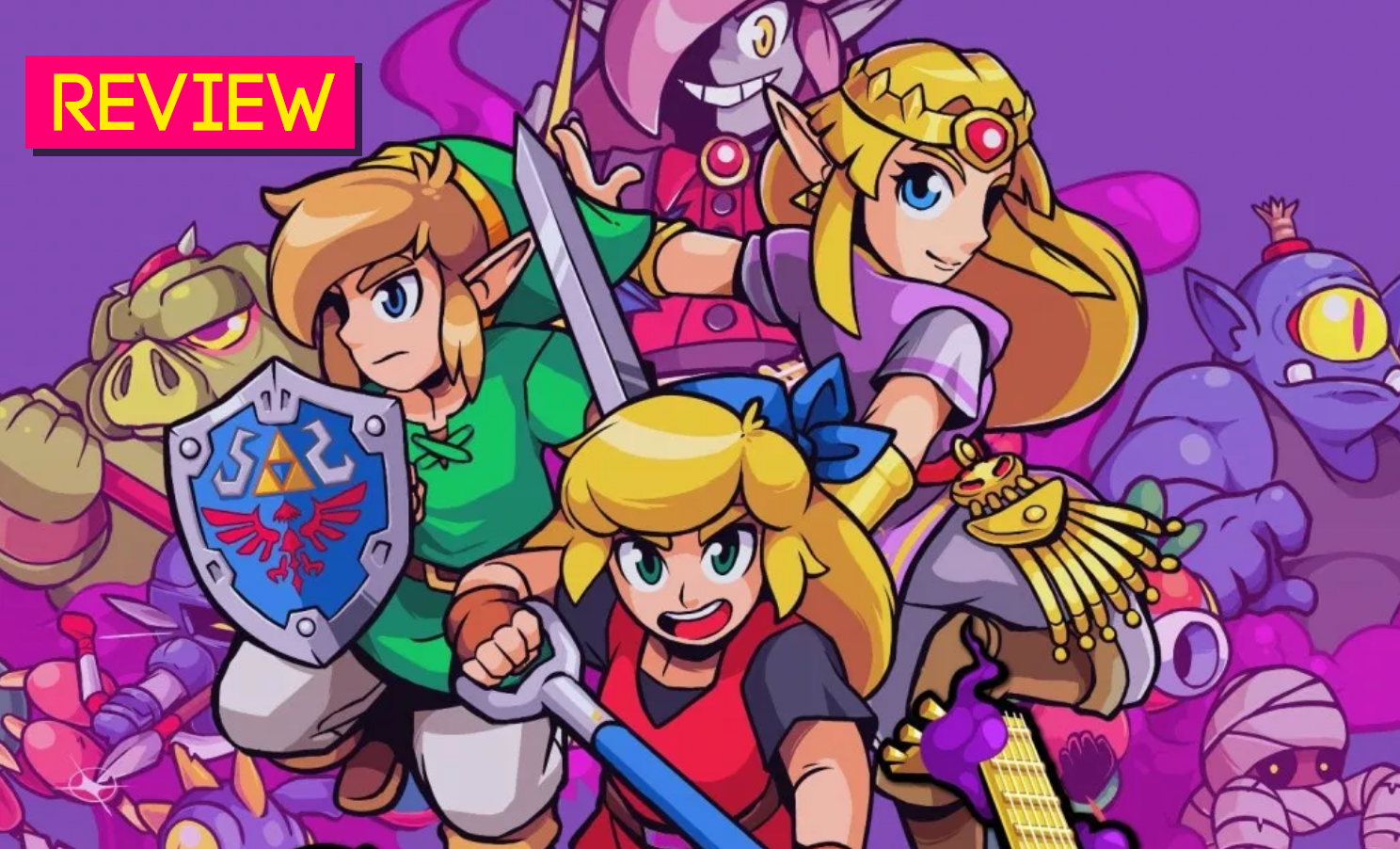 Cadence Of Hyrule: The Kotaku Review

Cadence of Hyrule feels like a chip dunked into a milkshake. There’s two distinct flavours at play — the deep exploration of a Zelda game with the bouncy pace of a rhythm game — and they mix together into something greater than the initial pitch. In combining two addictive yet contrasting gameplay styles, Cadence of Hyrule crafts a brief and brilliant flash of adventure.

A niche game that appeals to anyone who loves living vicariously through the adventures of others, or just wants a chilled reading experience that's a little more interactive. Some great stories, fantastic background music and a really clever way of bringing other countries and cultures to life.

Anyone Who Loved 80 Days Should Play Wanderlust Travel Stories

For a small period, 80 Days was one of those mobile games that completely dominated my social feed. It was a neat rework of the Jules Verne novel with just enough fun mechanics, branching stories and plenty of style to carry the day. Wanderlust Travel Stories, which launched on Steam earlier this year and is now available on iOS and MacOS, follows a similar path. You start with a small group of travellers who meet up and share their stories from around the world. How those stories play out? Well, that's where you come in.

One of those strategy games that won't really appeal to too many with just a passing interest in the genre, which is a shame. Planetfall is a real neat spin on the modernised Age of Wonders formula, which offers a much faster take on 4X than you'd normally get from games of this ilk.

Of course, it does still suffer from the same problems earlier Age of Wonders games had. Most of the systems take a backseat to the combat, and the way armies interact with each other, and if you're after a more thoughtful 4X experience (or even a more tactical management game) then there's other games out there. (The new Fantasy General is very good, by the way.) But Planetfall is still a great way to spend 30 or 40 hours, especially since the different factions have such a wonderful sense of identity. And if you're looking to get into a strategy game this year but find something like Total War: Three Kingdoms too daunting, then Planetfall might be a great option.

Being on the Epic Game Store, Tetris Effect basically doesn't exist on PC for most people. And that's fine. But it's worth mentioning here because there's something truly cathartic about being able to ALT-TAB to a few rounds of tetrominos falling perfectly into place, as the music and effects hum and spasm in time.

As a game, it's virtually perfect. There's really nothing I'd change, beyond adding even more levels, music and effects. But that's just being greedy. Tetris Effect is good as is, and if you're one of those who bought into VR on your PC, then you definitely need to give it a go. It's sublime.

Star Wars: Jedi Fallen Order is the perfect example of a "good" game. It is, on all fronts, plenty fun. But it's also that way because so much of its mechanics and designs have been brought together from standout games in the genre, which minimises the potential disappointment that might stem from those elements.

The climbing is good. The dodging feels good. The exploration is Metroid to a tee, and the wallrunning is a dead ringer from Titanfall 2, or maybe Prince of Persia. The combat is a touch off — parrying just doesn't feel as responsive or as useful as it should — and the difficulty can be wildly uneven at times. Some encounters become aggravating not because the enemies involved are an individual problem, but the combination of what they can all do at once is a bit bullshit. Fallen Order lets itself down by echoing Dark Souls a little too much here, when a few more cues from Devil May Cry might have worked better.

A game for Freelancer tragics and people still waiting for Star Citizen to fulfil all of its promises, Rebel Galaxy Outlaw wants to be a modern day Privateer. It's mostly successful at that, but beware that you'll have to do a good amount of grinding and slogging to get through to the good stuff.

Rebel Galaxy Outlaw Reminds Me How Good Freelancer Was

One of the greatest things about Freelancer was that I was once the game ended, I was desperate for more things to do.

Won't convert anyone who wasn't already a fan of Age of Empires 2, and absolutely won't convince anyone that Age of Empires 1 or Age of Mythology were the better AOE games (spoiler: they weren't), but it is undoubtedly the best version of the game. It's also well setup for some oldschool LAN action, and if you've all got the game for bugger all through Xbox Game Pass, that's a good way to spend an evening with mates.

What games have you enjoyed this year — not ones you'd proclaim as the game of the year, but ones that you enjoyed your time with, ones that you'd recommend playing at least once or on a discount?