Destiny 2’s Eververse Store Is Getting Out Of Hand 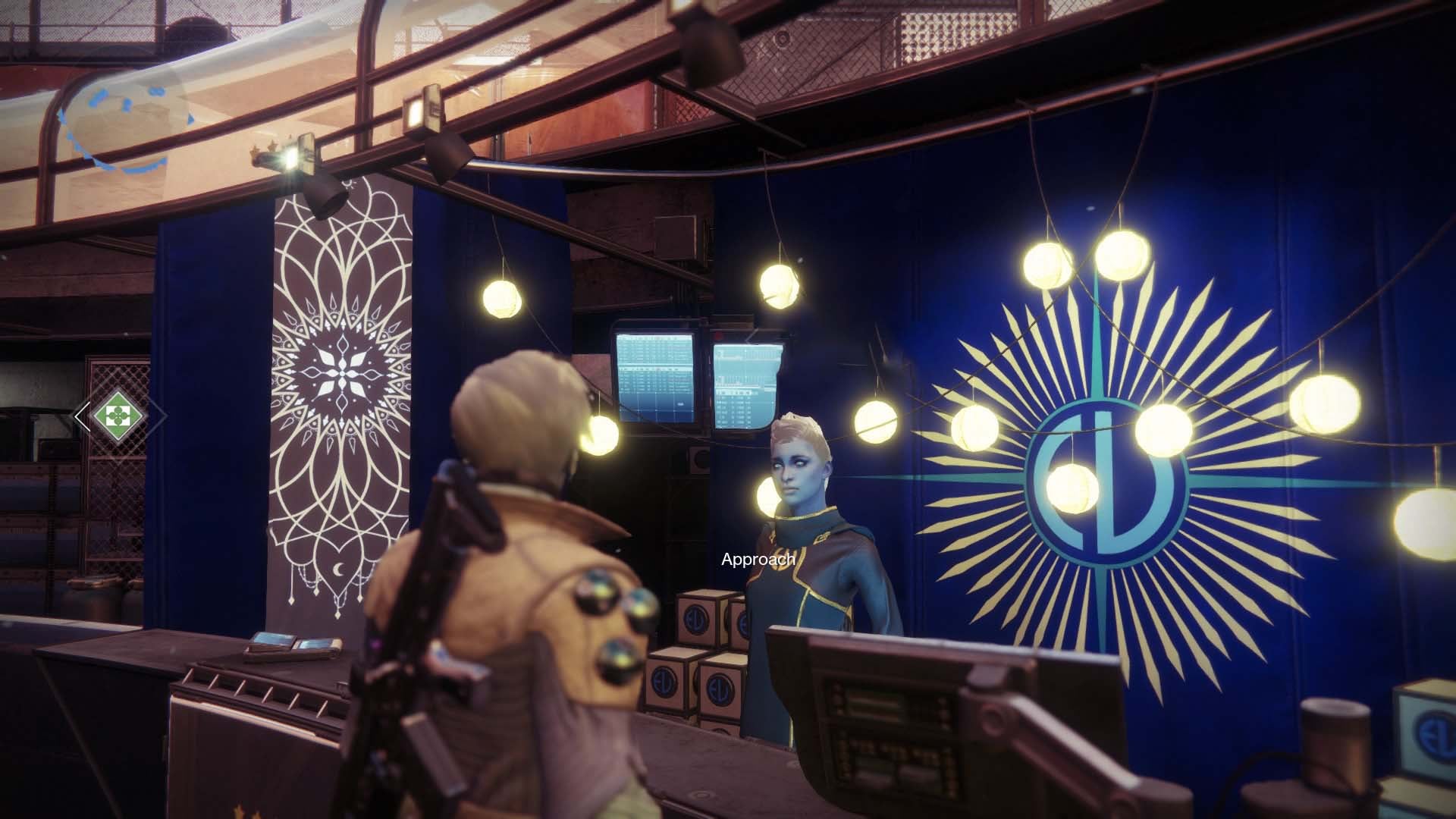 One of the quintessential Destiny experiences is logging onto the game, dropping into a familiar activity and encountering a stranger who looks badass. Maybe they bailed you out of a tough fight, or out-gunned you in a Crucible match, or just have armour that looks light years better than what you’re wearing. You click over to their character to see what weapons and gear they’re sporting. In the past I’d wonder which activity or questline they’d completed to get their awesome-looking gear, but increasingly the more accurate question is: how much did they spend in the Eververse Store?

Destiny 2’s microtransaction shop used to feel entirely optional but as more stuff has been added in recent seasons it’s become harder to ignore. While the game’s developers at Bungie continue to add new content each season, some of which can still be earned just by playing the game a bunch of it is ending up in the Eververse Store. Many new armour and gun ornaments have to be bought, rather than earned. Some of these items bear price tags that feel out of whack with the cost of new DLC and Season Passes.

In other words, Destiny 2 doesn’t have loot boxes and it isn’t pay-to-win, but it does increasingly feel pay-to-look-cool. It wasn’t always like this.

The game’s economy has been changing since last year, as it shifted from the release of occasional expansions to a continuous flow of 10-week seasons. Each season introduces new guns, armour, cosmetics, and story-based quests, as well as special new activities like the current season’s Sundial, a multi-part, time-travelling boss rush. Seasons also come with battle passes—free and paid versions—that players can rank up to level 100 to earn rewards like new gear and cosmetics. Some of each new season’s loot can be earned by grinding through the battle pass and new activities, but many higher-end cosmetics that get introduced are only available through Eververse. 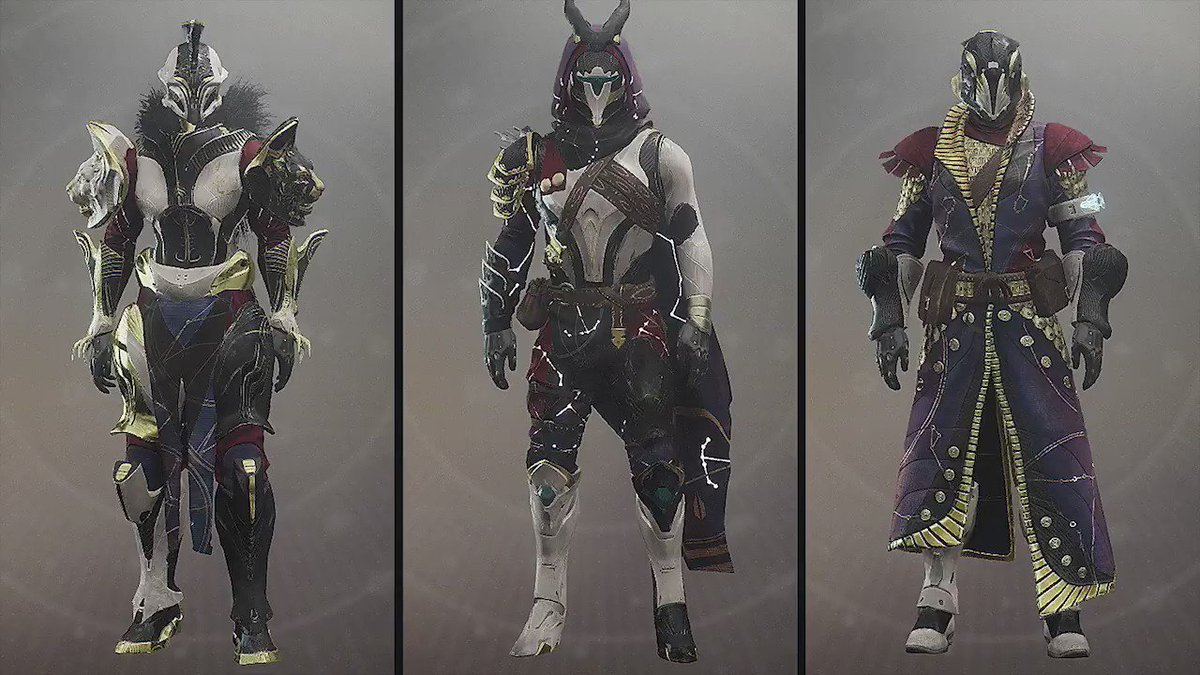 Season of Dawn, which started on December 10, brought three new sets of armour, only one of which could be earned in the base game. The second required buying and ranking up the season’s $US10 ($14) battle pass, while a third is locked behind the Eververse store for $US15 ($22). Meanwhile the Dawning holiday event added a fourth set which is also currently only available through Eververse. Outside of just armour sets, the majority of new ornaments (read: alternate looks) for exotic gear, sparrows, and ships, can also only be bought. Only one out of the eight new Ghost Shells added this season can be earned outside of the store.

Things only got worse when this year’s annual Dawning event started in late December. Unlike last year, all of the new Dawning armour sets and most of the other cosmetics associated with it had to be bought up front. As PC Gamer pointed out, buying all of the new loot would cost upwards of $US200 ($287). While a few of the Dawning items can be bought for Bright Dust, the game’s non-premium currency that can be earned by completing bounties, good luck doing that. Even the most efficient players would struggle to grind more than 200 bright dust per hour, making purchasing something like the 6000 dust Northern Light Warlock bundle a 30-hour affair.

Though complaints about Destiny 2’s cosmetic shop are eternal, the cup has runneth over in the last month, with posts decrying the growing commodification of loot blowing up across the game’s subreddit. This is in part due to Shadowkeep, the major expansion that kicked off Destiny 2 year three, feeling so meager compared to 2018’s spectacular (and more expensive) Forsaken DLC. With the launch of Shadowkeep and the accompanying Season of Undying season, the grind to get new legendary and exotic loot had been stretched out, while story beats have become shorter and choppier. In the case of the portal the Vanguard Warlock Ikora Rey was building throughout the Season of Undying, the new story stuff was just anticlimactic. Many important character vendors, meanwhile, have gone more than a year without seeing their merchandise overhauled. It’s in the context of this general slowdown that Eververse’s ever-growing inventory started to grate.

Destiny 2’s recent push of its players toward purchasable cosmetics rather than ones earned through exploring the game has also been compounded by two major changes to how Destiny 2. Coinciding with the launch of Shadowkeep, Bungie overhauled how armour ornaments work. Instead of custom ones to augment specific pieces of armour, ornaments became universal. Similarly, armour perks became customisable in the form of mods, rather than locking in random rolls after dropping. The net result is that players now have more freedom over how they look without needing to worry about whether their preferred style will hurt them in a Raid or Iron Banner matches. . 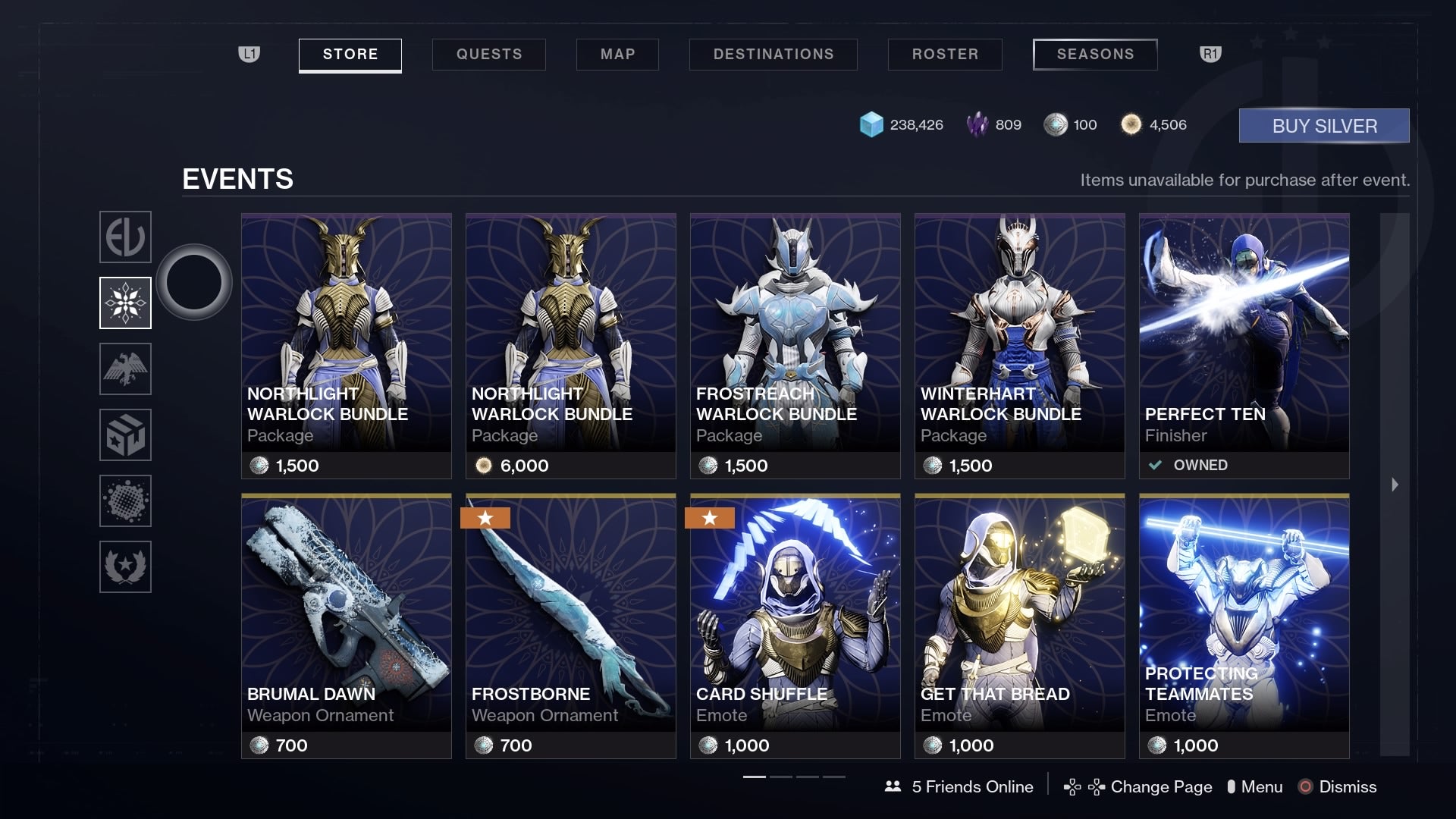 It’s a major quality of life improvement overall, but it’s also made Eververse gear even more important since the ornaments you can buy each season are often responsible for the more interesting and extravagant outfits. I’d argue that Season of Undying’s Empyrean Cartographer set in Eververse—what with its lion-faced Titan gauntlets and red-tassel Warlock robes—looked way better than the Substitutional Alloy or Dreambane sets that were part of playing the game. Similarly, while I really like Season of Dawn’s Righteous Armour set—an elegant mix of glistening steel and silky cloth—the paid Northlight set is far more ornate and detailed. In a forever game where not every season gets a new raid with new armour, Eververse sets become the de facto gold standard of Guardian fashion.

Shadowkeep also changed how Bright Engrams work. These loot boxes give players random pieces of Eververse loot ranging from common emotes to extremely rare exotic weapon ornaments. Players used to be able to earn them simply by levelling up every 100,000 experience points. Now that grind has been replaced by the seasonal battle pass, which rewards continued play with a preset number of Bright Engrams that only bestow older cosmetics from earlier seasons.

This change felt especially stingy in last fall’s Season of Undying when only some items in the Eververse shop could be purchased for Bright Dust. Based on negative player feedback, Bungie made sure to change that for Season of Dawn, ensuring that around 80 per cent of new gear added to the store would be purchasable with Bright Dust. Some of the most coveted items, like the Black Death ornament for the exotic hand cannon Crimson, are still Silver-only though. Rather than being unlocked through a new questline or completing a particular Season of Dawn triumph, the only way to get it is to cough up $US7 ($10). 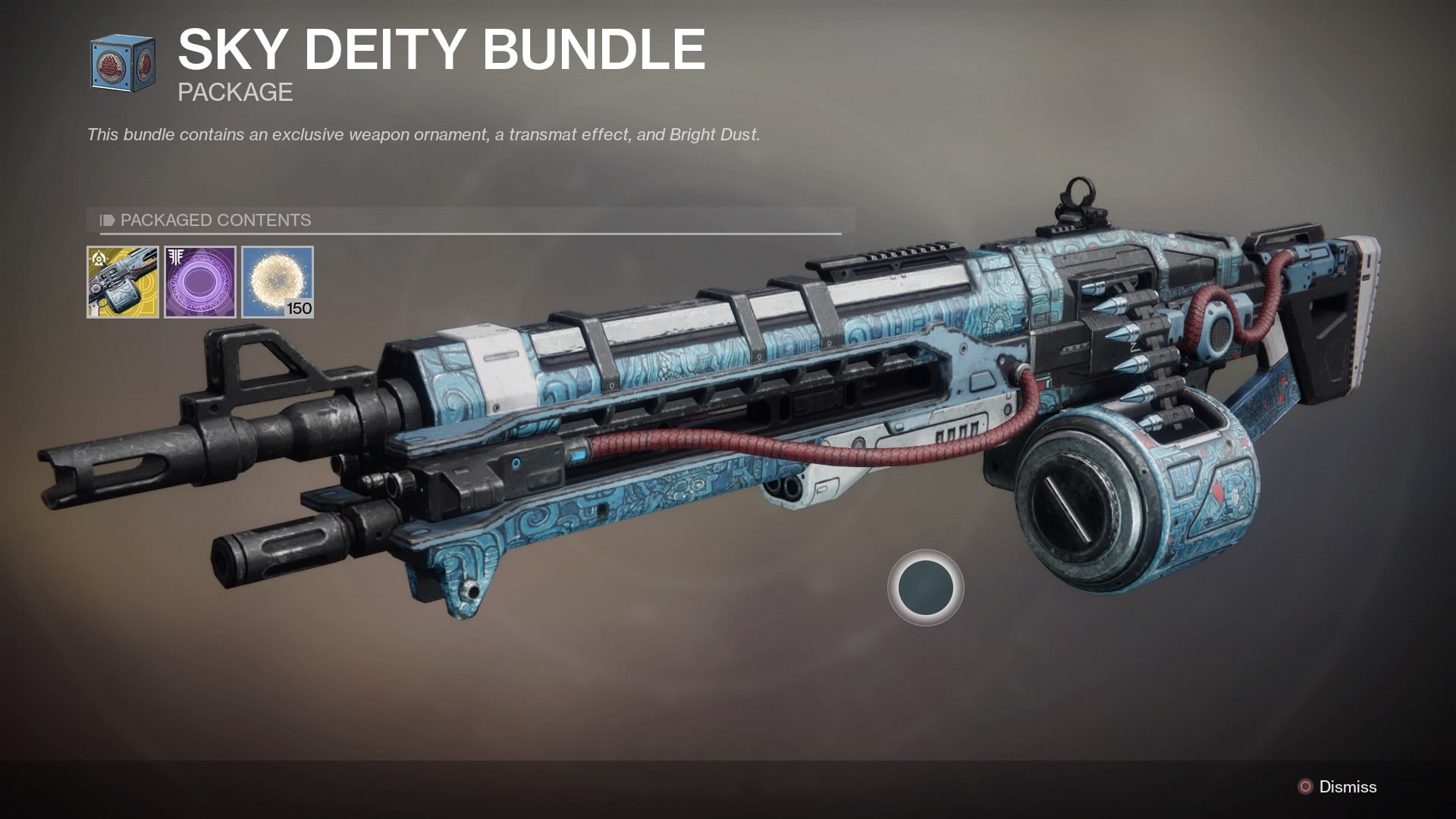 And that gets at the the larger way in which it feels like Eververse is slowly eating away at the core of Destiny 2. Once upon a time the flashiest rewards might have been earned through excelling at a particular activity like PVP, committing to a certain grind like weekly Nightfall strikes or ranking up reputation with a particular character. While I wouldn’t go so far as to defend the intimidating time commitment Destiny 2 demands of even casual players, the satisfaction of exploring and existing in a strange and beautiful world full of arcane mysteries is eroded when the loot that anchors that comes off a shelf.

The peak for fashion in Destiny 2 was arguably during its first year when, in addition to new vendors and raid sets being introduced on a continuous basis, Faction Rallies provided a way for players to express themselves through pledging allegiance to certain characters and repping their colours and styles in the world. Want to be a space goth? Pledge Dead Orbit and go get some precision kills with a scout rifle. Have a fetish for powerful guns and weird colours? Pledge Future War Cult and mow down Vex with an assault rifle. There were three base armour sets and six sets of unique armour ornaments across eight Faction Rallies, all of which were earned in the game through a friendly meta competition with other players. The activity’s been on hiatus for over a year. My only hope is that if and when it does return, its best looking gear doesn’t show up in Eververse.

Games as services are expensive to maintain, and a year ago Bungie parted ways with publisher Activision to try and continue developing one on its own. It has clearly tried to fund some of that development through paid access to seasonal content but also through the sale of cosmetic items. Emotes, emblems, and even finishing moves feel like a fun indulgence that’s fine to charge extra for, but the rags to riches progression underpinning a player’s journey through Destiny 2 is a much more delicate thing to preserve. It’s always been part of the journey, but it’s never been so dependent on buying your way to the best outfit. Retooling the game’s conspicuous consumption around real dollars may not completely break it, but it certainly tarnishes it.