Back in the less-wild, more lawful days of region locking, a new game featuring virtual songstress Hatsune Miku coming out on a Nintendo system in Japan meant a run on import shops. But the Switch is region free, and anyone with an easy-to-setup Japanese eShop account can hop online and grab Hatsune Miku: Project DIVA Mega 39’s (AKA Project Diva Megamix) or it’s free playable demo easy-peasy.

All it takes to gain access to the Japanese Switch eShop from another country is creating a new Nintendo account and setting your country to Japan. That’s it. Add that user to your Switch, open the eShop, and presto, you’re in the land of squiggly lines for words. 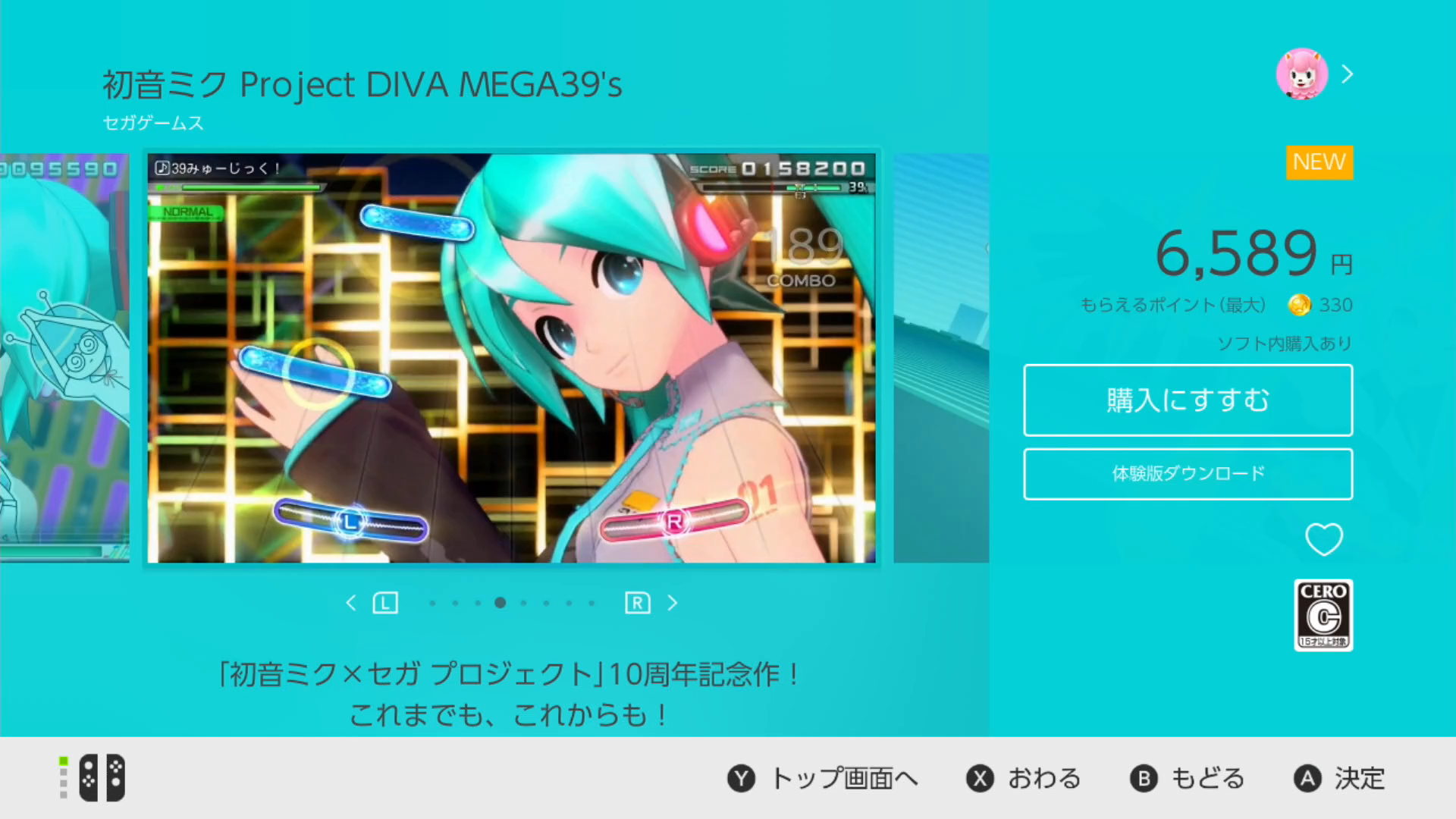 For those who’d rather wait for the English version of the game but still want a taste, the second box under the price downloads the playable demo of the game. The demo features two songs, “Romeo to Cinderella” and “Common World Domination”, with three different outfits for Miku to wear while performing them. 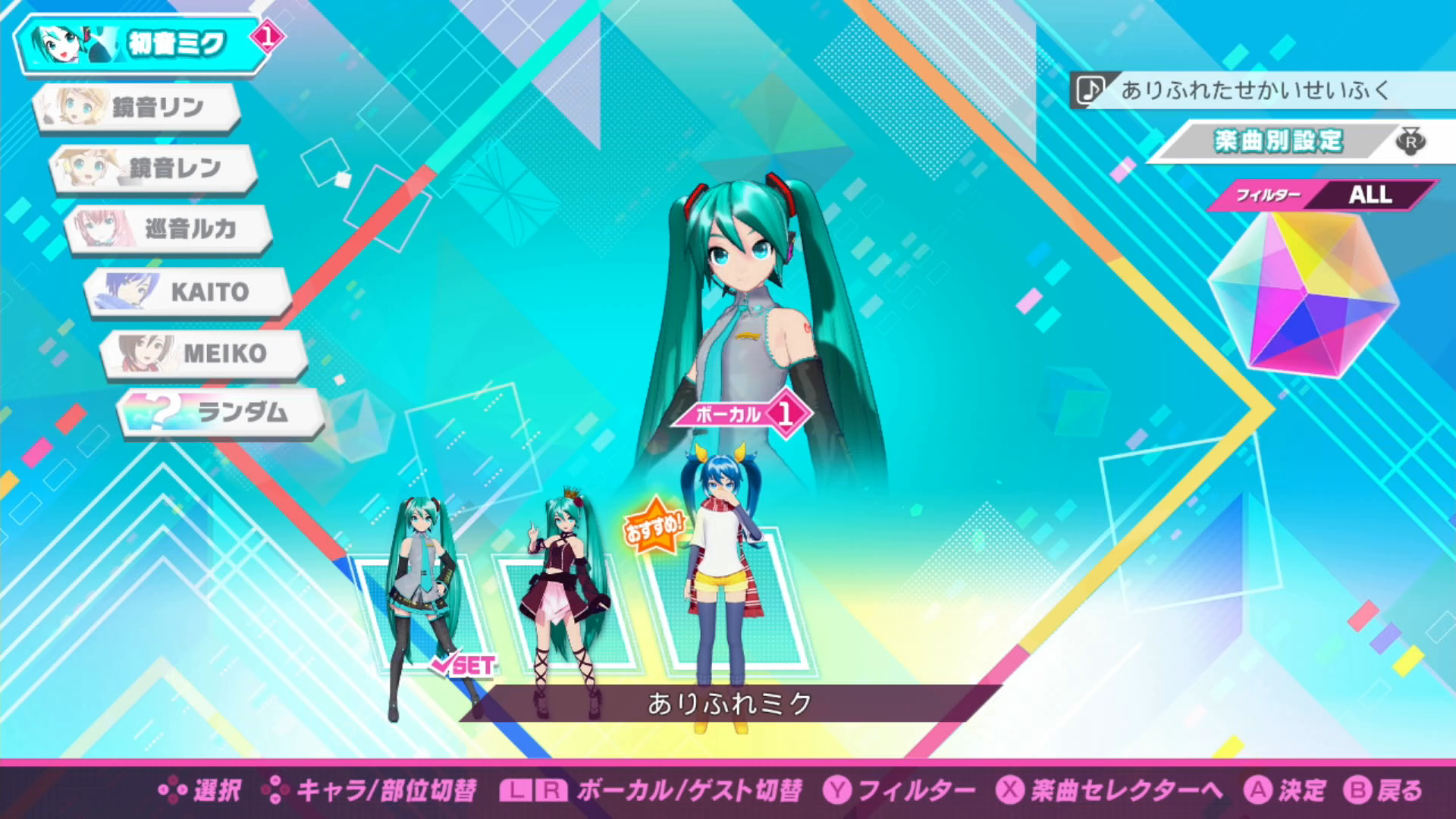 Along with giving Miku rhythm game fans a quick fix, the demo also gives us a chance to try out the new motion controls. The game features both traditional button pressing and this weird Joy-con motion thing that I will likely never use. YouTuber Poke_Vocaloid09 does their best in the video below.

I’ll wait to buy until Project Diva Megamix comes out in the West later this year, but this demo is going to get worn the heck out.