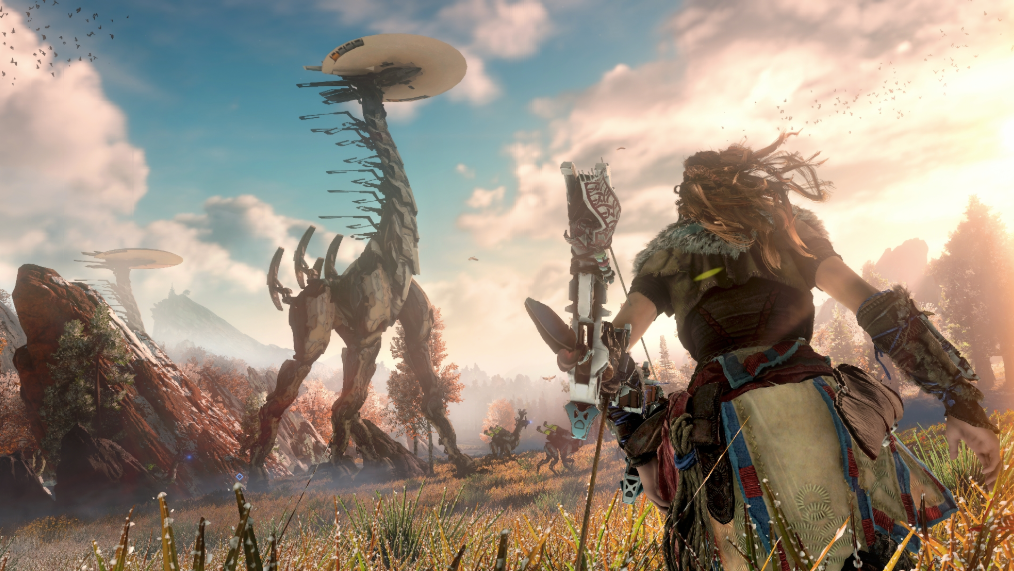 Horizon Zero Dawn (Image: PlayStation)
To sign up for our daily newsletter covering the latest news, features and reviews, head HERE. For a running feed of all our stories, follow us on Twitter HERE. Or you can bookmark the Kotaku Australia homepage to visit whenever you need a news fix.

PlayStation 4 hit Horizon Zero Dawn is coming to PC, as we reported in January, but Sony isn’t pulling an Xbox with its approach console and PC gaming, the head of PlayStation game development said today. Or at least, if they are, they’re not announcing it yet.

“And to maybe put a few minds at ease, releasing one first-party AAA title to PC doesn’t necessarily mean that every game now will come to PC,” Sony’s new head of worldwide studios, Herman Hulst, said today in an interview posted on the official PlayStation blog.

“In my mind, Horizon Zero Dawn was just a great fit in this particular instance. We don’t have plans for day and date [PC releases], and we remain 100% committed to dedicated hardware.”

The 2017 game about a woman who hunts post-apocalyptic robot dinosaurs is very good, so this is good news for PC owners.

Hulst’s comments indicate that, at least for now, Sony isn’t emulating the approach of its rivals at Xbox, where new Microsoft-published console releases like Gears 5 and tomorrow’s Ori and the Will of the Wisps come out on PC at the same time as the Xbox.

More PS4 exclusives have been finding their way to PC recently. That includes the Sony-published interactive dramas Beyond Two Souls and Heavy Rain from independently-owned studio Quantic Dream. The Hideo Kojima-led Death Stranding is also coming to PC this June. (Sony’s new deal with Major League Baseball will result in the company even releasing its MLB The Show games on non-PlayStation platforms.)

Back in Kotaku‘s early years, we had a lot of fun with the ubiquity of game companies saying they had “no plans“ to do something that, often enough, they’d eventually do. Who knows what Sony is going to do for PC long-term. The fact is that, right now, people can access a ton of PlayStation 2, 3 and 4 games on their PC via the streaming service PS Now, so the company hasn’t exactly avoided giving PC players access to its games. Hulst, however, is clearly sending a different signal than Microsoft’s bosses are.

Xbox execs seem to say that their consoles may be nice to have but are not essential to play the Xbox’s library of games. PlayStation, however, still wants us to think that to play PlayStation we’re going to need a PlayStation.