I spent 40 hours playing through Final Fantasy VII Remake, mostly on normal mode, the highest difficulty initially available (a no-items hard mode unlocks after completing the game once). I burned through potions and character-reviving phoenix downs as I battled robots, mutant creatures and Shinra soldiers. I was forced to repeat many of the game’s boss battles after my party wiped, regrouping, switching out weapons and materia to make sure my characters had the right tools at their disposal. It was challenging, but never dull.

Then came the dogs. Towards the end of the game, there’s an encounter with a bunch of Shinra bloodhounds. It’s not a boss fight, just a regular encounter between Aerith, Tifa, and a bunch of genetically modified puppers. The two characters, separated from the rest of the party, were quickly overwhelmed by snapping canine jaws again and again. There were just too many of them. I barely had time to get their ATB gauges to the point where they could use items or cast spells. 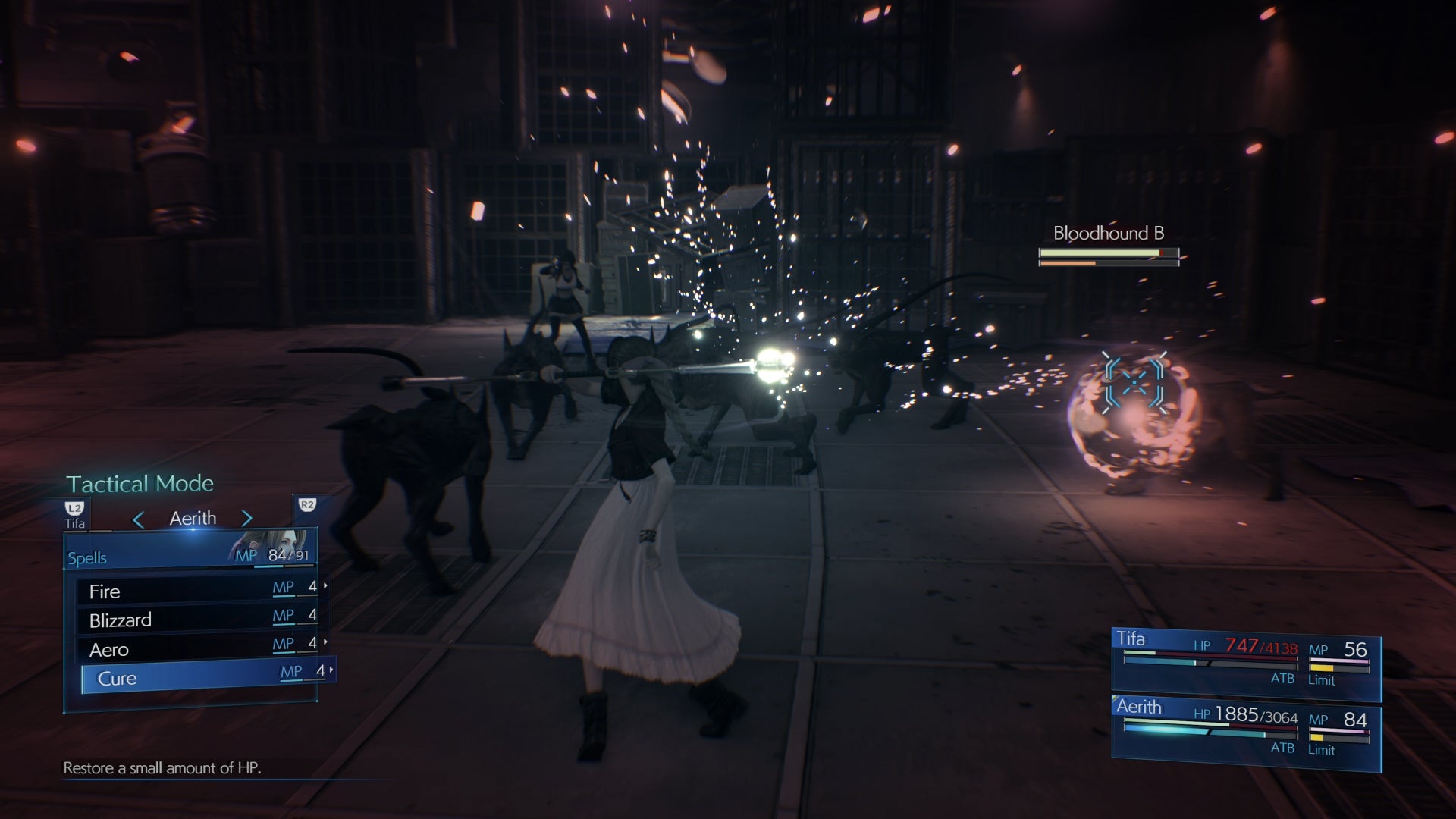 As Jason Schreier mentioned in his incredibly helpful tips post, there is no shame in switching to easy mode for this battle. After reloading from the game over screen five times, that’s exactly what I did.

The dogs, which tore my people apart time and time again, went down in under 30 seconds in easy mode. I didn’t use spells. I didn’t use special abilities. I barely had time to do so. Basic attacks, highly ineffective in normal difficulty mode, ripped those doggies apart like they were tissue paper. 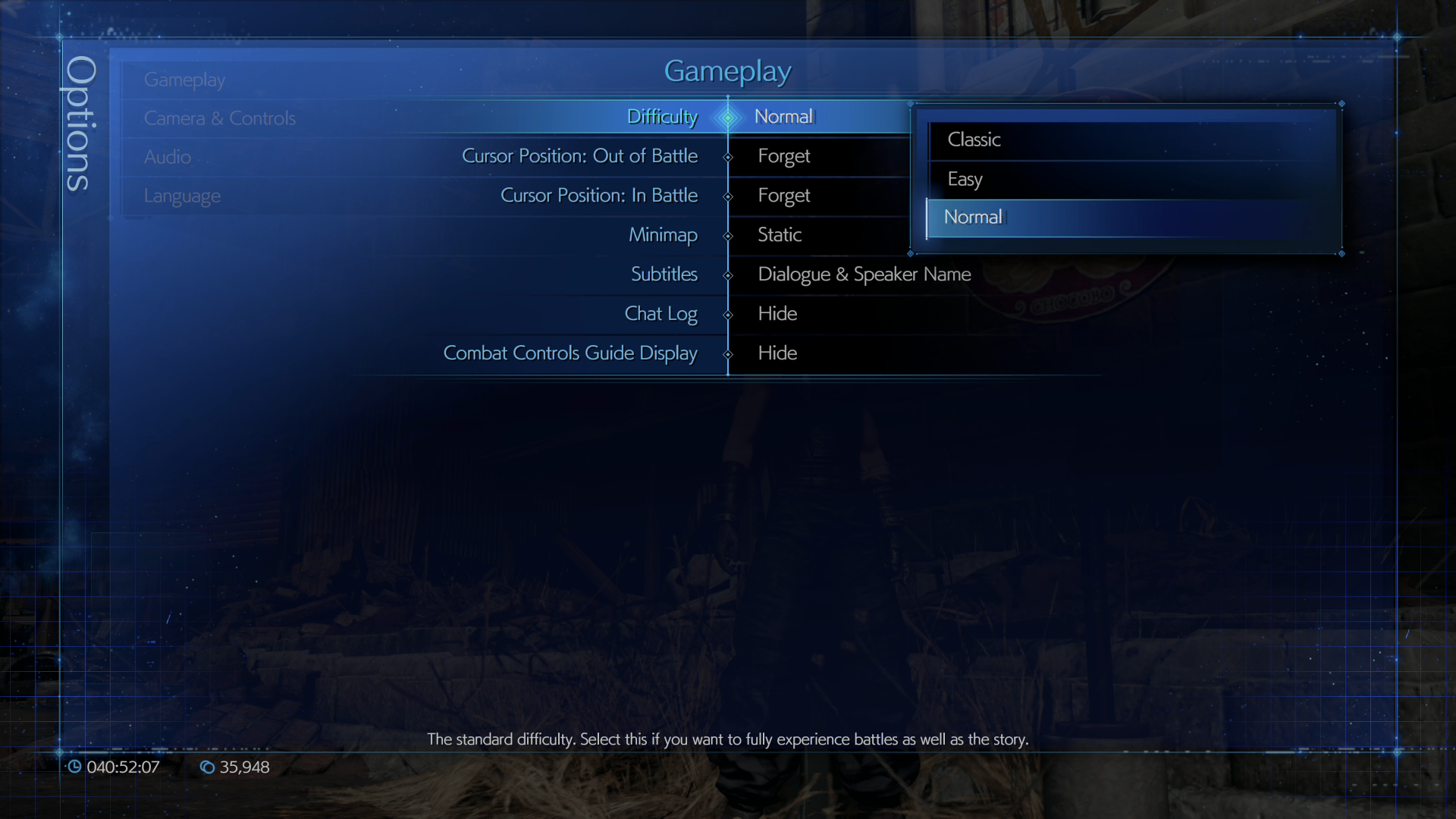 As I was entering the game’s home stretch and wanted to complete it quickly so I could dish with Jason about the ending, I left easy mode on, and it continued to be ridiculously simple. My potion stockpile grew instead of steadily depleting. I barely healed at all during the game’s final moments. Boss attacks designed to deliver massive damage in normal mode barely tickled.

I am the last person to shy away from playing a game on easy, but Final Fantasy VII Remake’s easy mode is a joke. And it’s not even the game’s easiest setting. Classic mode is easy mode, only your character attacks and defends automatically. It might as well be a visual novel.

If you want to fully appreciate Final Fantasy VII Remake’s nuanced and versatile battle system, play in normal mode. Except for the dogs. Those damn, murderous dogs.