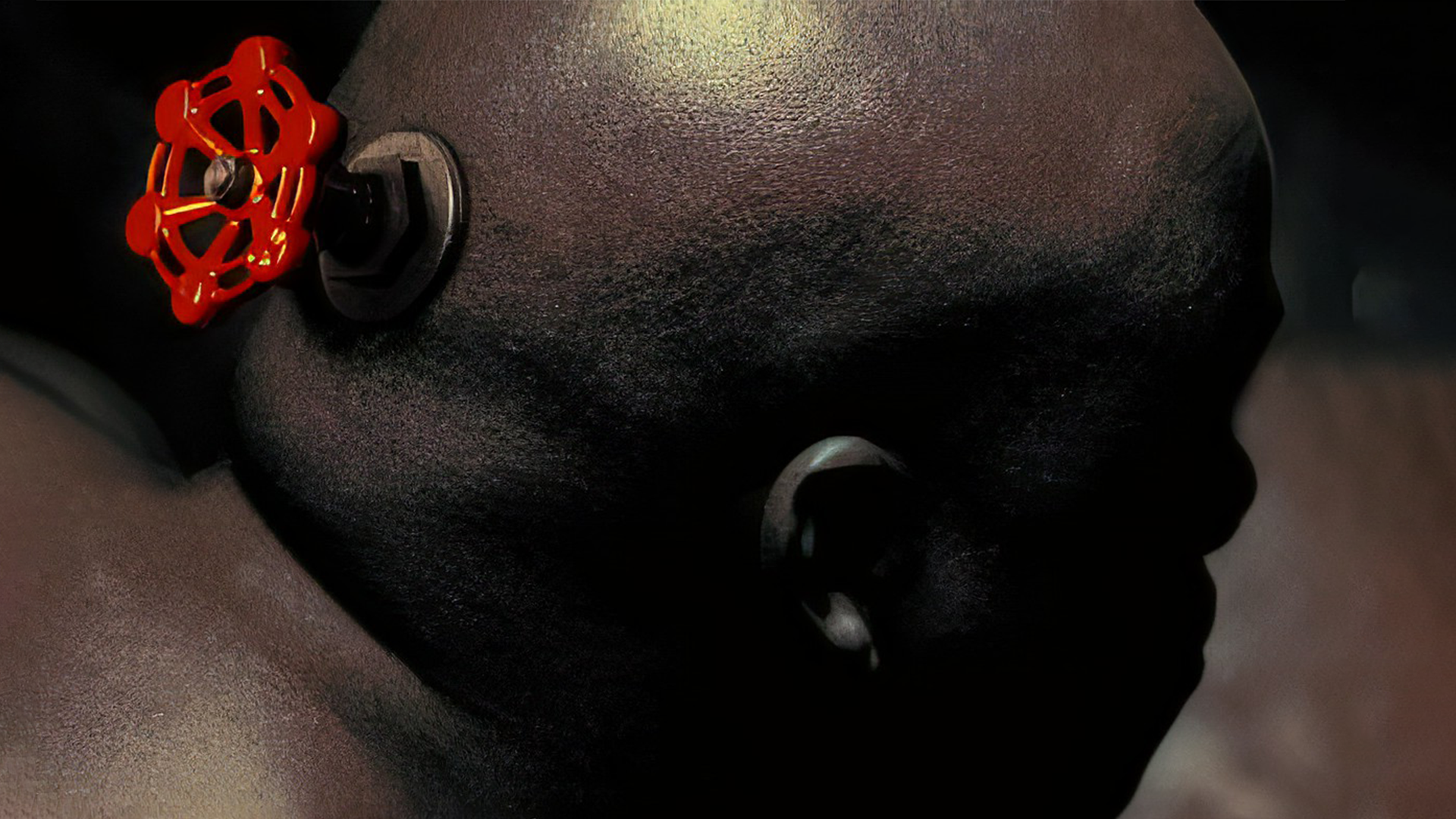 Valve is a video game company that mostly runs Steam but sometimes releases video games. In fact, just a few weeks ago they released a new Half-Life game. And before each of their games start, you will see a short video with their name and some creepy or weird image featuring a valve or many valves. Let’s rank these intros.

There are a few of these different intros floating around the web. Some were part of fully released games and others only appeared in leaked betas or demos. Some of these are so similar to not really need to be split up and ranked separately.

This is one of the most iconic on the list as it appeared before you booted up either Half-Life and Half-Life 2 as well as some other Valve projects. While it is a classic it is also boring. Later and earlier Valve logo videos did more or were creepy or off-putting. This is just a picture of a dude with a piece of plumbing in his eye and the Valve logo plastered on it. Nothing special.

This is the cool cousin of Eye Guy. Most folks saw him whenever they played The Orange Box, a great collection of new and old Valve games that is still one of my favourite gaming packages ever released.

There is a bit more movement in this image. I placed it about Eye Guy because it looks a tad creepier. Something about not seeing this man’s face and the way the Valve looks like a solid piece of his skull still makes me feel a little uneasy.

Not all of Valve’s intros feature body horror and bald dudes. There’s also this logo seen before starting Valve’s VR game The Lab. Instead of grabbing a person from the street of Seattle and sticking a valve on their face, we get a room filled floor to ceiling with red valves.

So many valves of different sizes, surrounding you in VR. In a Youtube video, this may not seem that cool, but in a VR headset, it is trippy.

3. The Bald Guy Turns AROUND!

The first time I booted up Portal 2 I was so excited! A new Portal game! A new game from Valve! More Glados! Yay! Then the Valve intro appeared and it was my old pal bald dude with valve in his head. And then a few seconds later the fucking dude moved. He moved!?

I had spent years playing Valve games at this point and had become so used to see either Bald Dude or Eye Guy appearing for a few seconds as static images so the moment this man started to turn around I screamed a little. Now it’s just a creepy moment, but at that time it was a small jumpscare.

2. The Bald Guy Turns Around (Slowly) IN VR!

When I started Half-Life: Alyx for the first time I was of course excited. I’m a big, dumb Half-Life fan and I had been waiting for years to finally play a new game set in that universe. But I also was excited to see what the new Valve intro would look like. So I made sure my headset was comfy and perfectly fitted on my head before starting the game. I was ready for the intro.

And then BAM! The Bald Guy was back, baby! But this time he was much bigger and seemed to be an actual in-engine model and not a photo. And he also moves. It seems Valve likes this intro video the most and have brought it back and used VR to make it even creepier.

A demo for Valve’s Goldsrc engine contained a very elaborate logo intro. First, we see the outside of a stone building. Then the camera pans around the place and we see inside a shirtless man in a large room with a machine in front of him. The camera whooshes through one of the square windows and zooms in on the man. He then pulls a lever, leans over a block and rams a fucking valve into the side of his head. It is also in the side of his head, the first and only time Valve would place the iconic bit of red metal here.

A strangely violent and oddly creepy intro. This was the first Valve intro video and moving forward they toned stuff way down. They still do body horror into videos, but we don’t have to watch them MAKE the monster anymore. Thanks, Gabe.

Most video game companies have boring old intro videos for their company logo. Maybe it falls into a frame or a bit of music plays before it fades away. Not Valve. They have fun with their short logo videos. Sometimes simple, sometimes complex, often weird and spooky too. I never skip these or mod them out of my game. Like The Sopranos intro or the opening of LOST, these intro videos are part of the experience.

It ain’t a Valve game if I don’t see a little body horror first.