Civilization VI is getting a season pass that’ll cover a range of updates coming to the game over the next 12 months. It sounds…fine?

Four years after it was announced, Civilization VI is in a weird place. It’s two big expansions were good, but not great, and the game’s district-building meta isn’t for everyone. It could probably do with one more substantial update to tie stuff together and really put a bow on everything like Civ V managed, but instead, Firaxis today announced a range of smaller additions that are going to come out between now and March 2021. 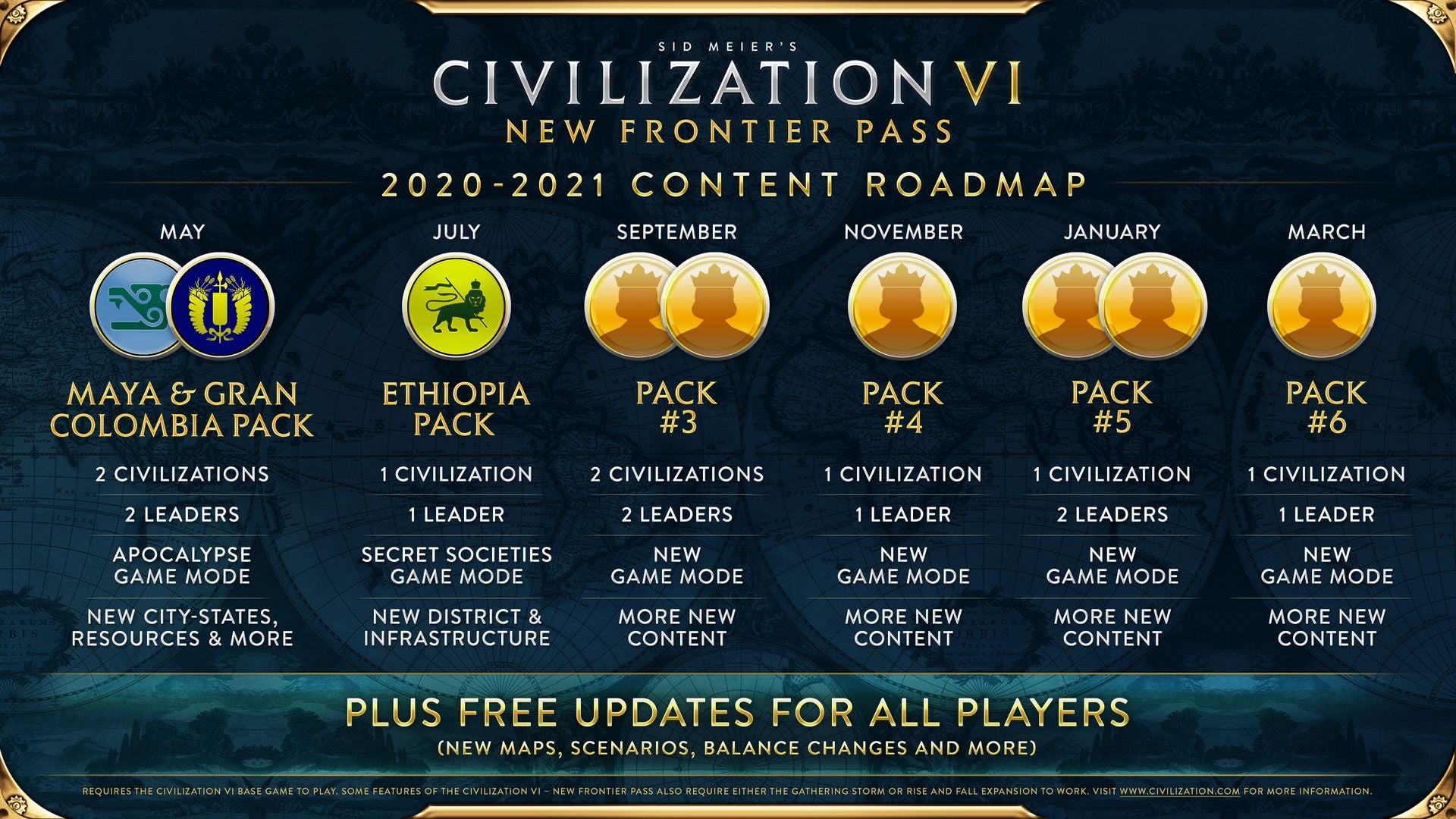 New Civs and leaders are always fun, but the game is already drowning in them, so that’s not exactly a deal-breaker. Indeed the only things here that look of real interest are changes to the district and infrastructure systems, with everything else resembling the drip-feed of content the game experienced between launch and the release of the first expansion (though the more apocalyptic disasters do look cool).

If you added all this stuff up, and depending on how dramatic the district and infrastructure changes are, this could almost have made up a third expansion! So it’s weird that everything is being released the way it is, though everything from developers working from home to the fact Civ VI is now a multiplatform game could be the reason behind it.

If you want to sign up for the pass, it’s USD$40, but some changes are coming as part of free updates for all players as well.