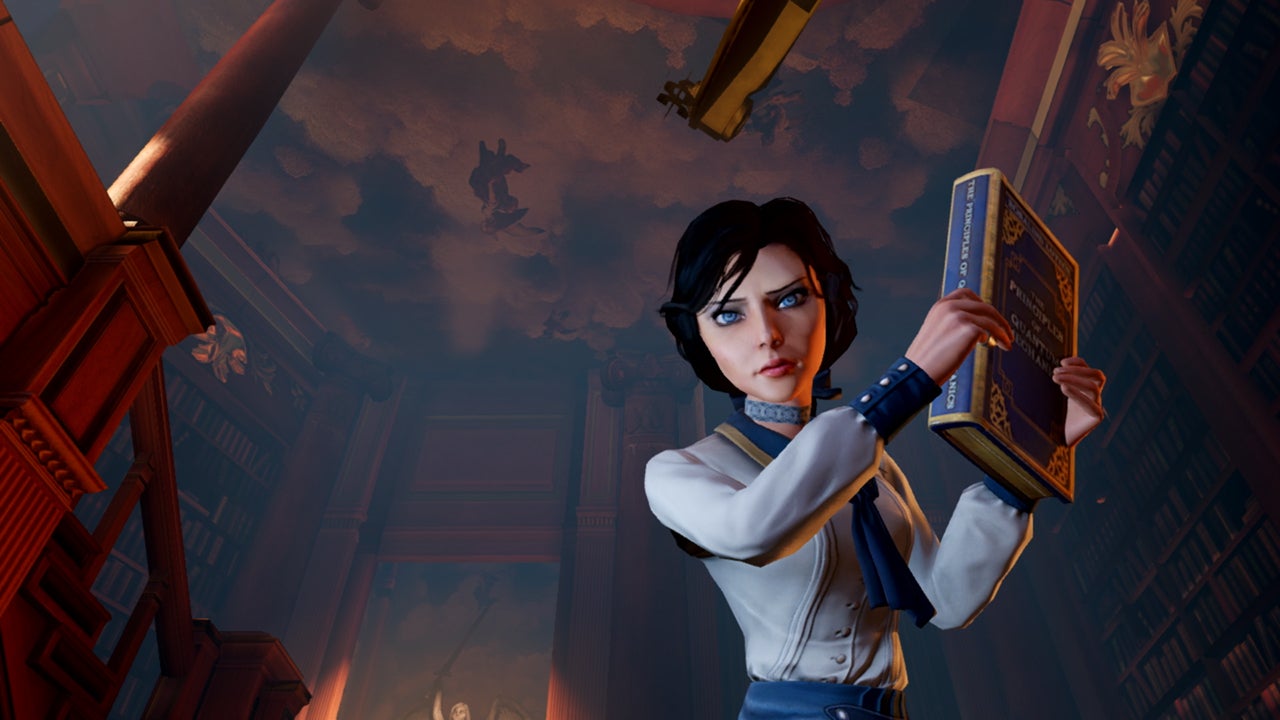 Screenshot: 2K Games, Nintendo eShop
To sign up for our daily newsletter covering the latest news, features and reviews, head HERE. For a running feed of all our stories, follow us on Twitter HERE. Or you can bookmark the Kotaku Australia homepage to visit whenever you need a news fix.

BioShock: The Collection, which contains all three games in the series and their DLC in one neat package, came out for PlayStation 4, Xbox One, and PC in 2016. This week, it’s on Switch. As it turns out, both Rapture and Columbia are well worth the return voyage.

All three BioShock games have actually been released individually on the Switch eShop for $35.95 each. Buy The Collection and you get all three for $90, but still as separate apps that you have to download piecemeal. This caught me off-guard, and I initially fumbled the download. As a result, so far, I’ve only had a chance to mess around with the original BioShock and the third game in the series, Infinite.

That’s no matter, because the first and third games are head-and-shoulders above the second (not counting the terrific Minerva’s Den add-on, which, you’ll be happy to hear, is included in The Collection). Jumping back into these games is like slipping on a trusty old suit. You may have trouble sprinting, it might feel a little dated, but damn if you don’t feel fantastic.

Enough ink has been spilled on the merits of these games that we needn’t rehash things here. I’ll just say this: If you enjoy BioShock, you’ll enjoy The Collection. If not, well, being able to shoot Handymen in handheld mode won’t suddenly change your opinion. But for longtime series fans, playing undocked is all we could have asked for, like the redemption story of the ill-fated BioShock Vita. 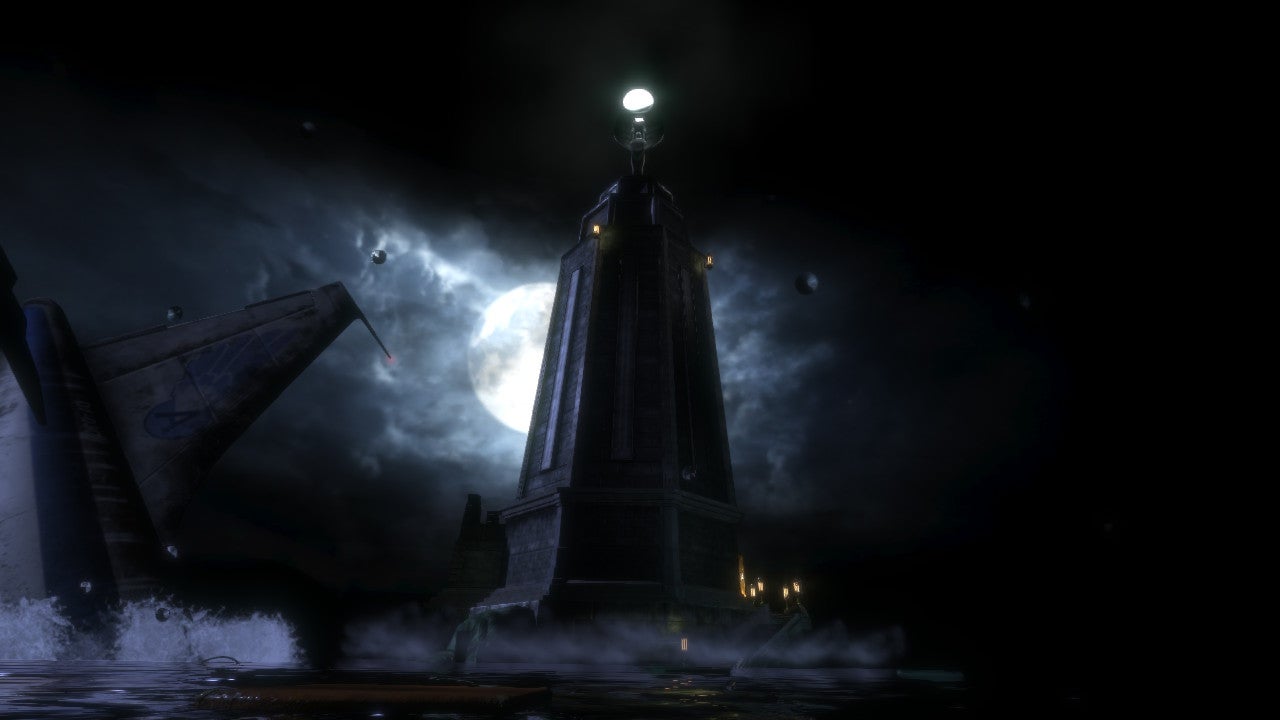 Rapture is as moody and frightening as ever, even on a small screen. The horror factor is exacerbated if you pop on some headphones. It’s one thing to hear a Big Daddy’s ominous footsteps coming through TV speakers; it’s another entirely to hear them in your eardrums. Whether this was a result of a low fear tolerance or sunny Brooklyn skies, I’ll never tell, but I had to significantly turn up the brightness both on my Switch and in the game. Those Splicers won’t get the jump on me!

Bioshock Infinite, the story of a man determined to eat every piece of food in existence, shines too. When it first launched, it was a visual triumph. That’s not exactly the case anymore, of course, but the vivid colours and Rockwellian art direction still impress. (That first glimpse of Columbia’s idyll American cityscape is still chill-inducing seven years later.) For a more in-depth visual comparison, check out this video from the folks at GameXplain:

Better yet, the version of Infinite included in The Collection is The Complete Edition. That means, in addition to the main game, you get both chapters of Burial at Sea, the episodic downloadable content that neatly ties the whole franchise together. It also means you get a ton of goodies in the early goings. When you arrive at the Blue Ribbon restaurant (no relation to Bruce and Eric Bromberg’s upmarket chain of sushi brasseries), you’ll receive 500 Gold Eagles and a fashion closet’s worth of gear. You’ll also get five Infusions. For a good time, pour them all into your Salts metre. Who needs a beefy health bar when you have infinite Vigors?

If you must play docked, you should do so with a Pro controller, in the event you have one. Yes, the Joy-Cons do the trick. But the Pro controller truly sings. With Infinite, which gives you customisation over your controller setup, I immediately switched the scheme to Marksman. That engenders a more traditional first-person shooter experience (L3 is melee, left trigger is ironsights, X is swap weapons, and so on and so forth). Truth told, it felt like playing just like playing on PS4 or Xbox One.

Now, would you kindly let me get back to playing?